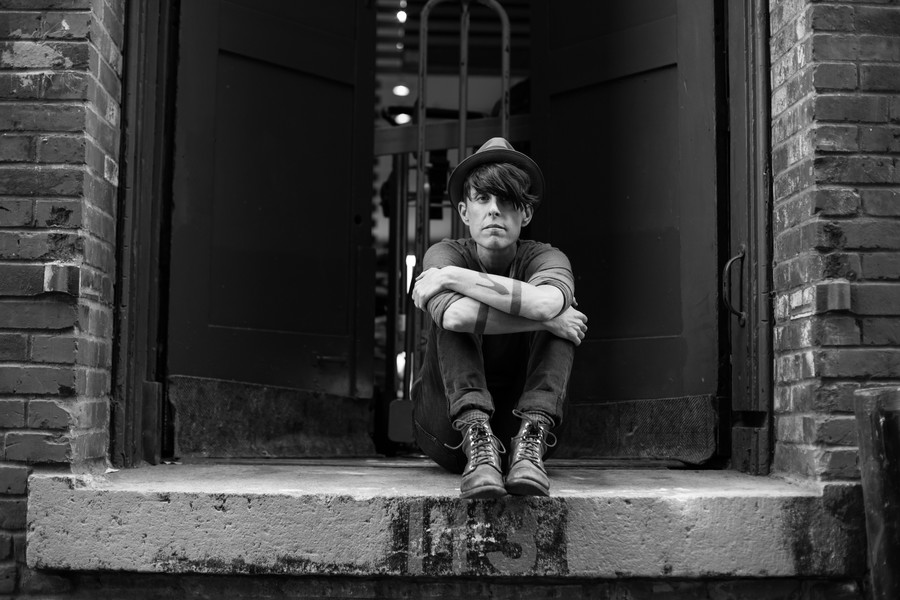 The most common queer narratives offered up by mainstream pop culture feature a central dramatic transformation. Once a surgery is performed, a same-sex marriage is legal, or a kiss on a Ferris wheel elicits cheers below, protagonists arrive at happiness as if it’s a fixed destination. Getting to these feel-good endings requires queer characters to gain recognition by straight culture, and that recognition is contingent on fitting a binary, slotting into a relationship that looks as much as possible like a hetero coupling, and participating in a commodified version of self-actualization.

In their fifth collection of poetry, Lord of the Butterflies, Andrea Gibson resists such tidy narratives in favor of dramatizing a life that’s vibrant with constant transformation. “Every answer/is a grave. the questions are the warm rain/ I walk through now to find my way,” they write. Gender, sexuality, happiness, and health are part of an ever-shifting field; they are acknowledged as a source of endless creation. The collection ends with a whispered voice that urges us to keep moving toward a yet-unimagined future: “There will be music for you, /one day.”

“The older you get the more you are aware of how little you know,” Gibson said this December, as people made their way through the freezing rain to see them read at Milwaukee’s Boswell Bookstore. “Each year, I [become] more aware of how much I don’t know. It’s exciting to grow into my unknowing.”

Gibson started their career as a performance poet in 1999, at an open mic in Boulder, Colorado. Seven spoken albums and multiple poetry-slam championships later, they still approach their craft excited about the possibility of discovering something new. “In poetry I write where I want to be and try to live in that direction,” they told the packed bookstore. In addition to their powerful poems exploring gender and their oft-requested love poems, Gibson writes candidly about mental health, sexual violence, white privilege, and addiction, among other topics. I spoke with Gibson about the magic of the word “genderqueer,” their experiences with chronic illness and sexual assault, and the urgency of anger as an expression of love.

In a recent interview with The Washington Post you said, “Poetry has been one of the ways that I’ve unpacked and discovered and created my own gender.” How do you understand the relationship between language and gender?

Leslie Feinberg, activist and author of Stone Butch Blues and Transgender Warriors, said, “Gender is the poetry that each of us makes with the language we’ve been given.” When you’re writing a poem, you’re creating that language. You get to noun your verbs and verb your adjectives. When I write about gender, I enter the poem knowing virtually nothing. I start writing and I start to uncover myself. For example, the first two lines of “Your Life” are: “It isn’t that you don’t like boys./ It’s that you only like boys you want to be.” I didn’t know that was true until I wrote it down. Right now, I am thinking about my next gender piece, and it will almost completely contradict “Your Life” because so much has changed. I am almost startled by the lines I have in my head. Gender is constantly shifting for me. It’s a never-ending process, and I love it.

That reminds me of another line in “Your Life”: “Your pronouns haven’t even been invented yet.”

To me, that is the most hopeful line in the entire book because it’s saying all this is ahead of you. Whenever I say that line on stage, I feel my younger self getting lit up by it, [by] the possibility of what I might become or that there will be room for me to become who I already [am]. But it’s heartbreaking, because it also acknowledges that it’s not here right now.

Why is it important to make that process of discovering and rediscovering your gender visible? Why do that work in public?

The first time I went to a poetry slam, I didn’t know what it was, and I was so moved by it. I couldn’t believe how many feelings I had and how much of me changed over those two hours. It was a conversation, even though all I did was clap. I fell in love with how powerful the art form is. I read poems out loud in order to be a part of that community. I can see people in the audience who might be 20 years younger than me, and I remember what it was like to be that age and not have any art to point to. Many of my poems are inspired by conversations I’ve had with people after the shows. I’m always looking for what’s missing in my work and what’s missing in the work that I’m reading and listening to. Then I try to fill in those spaces. 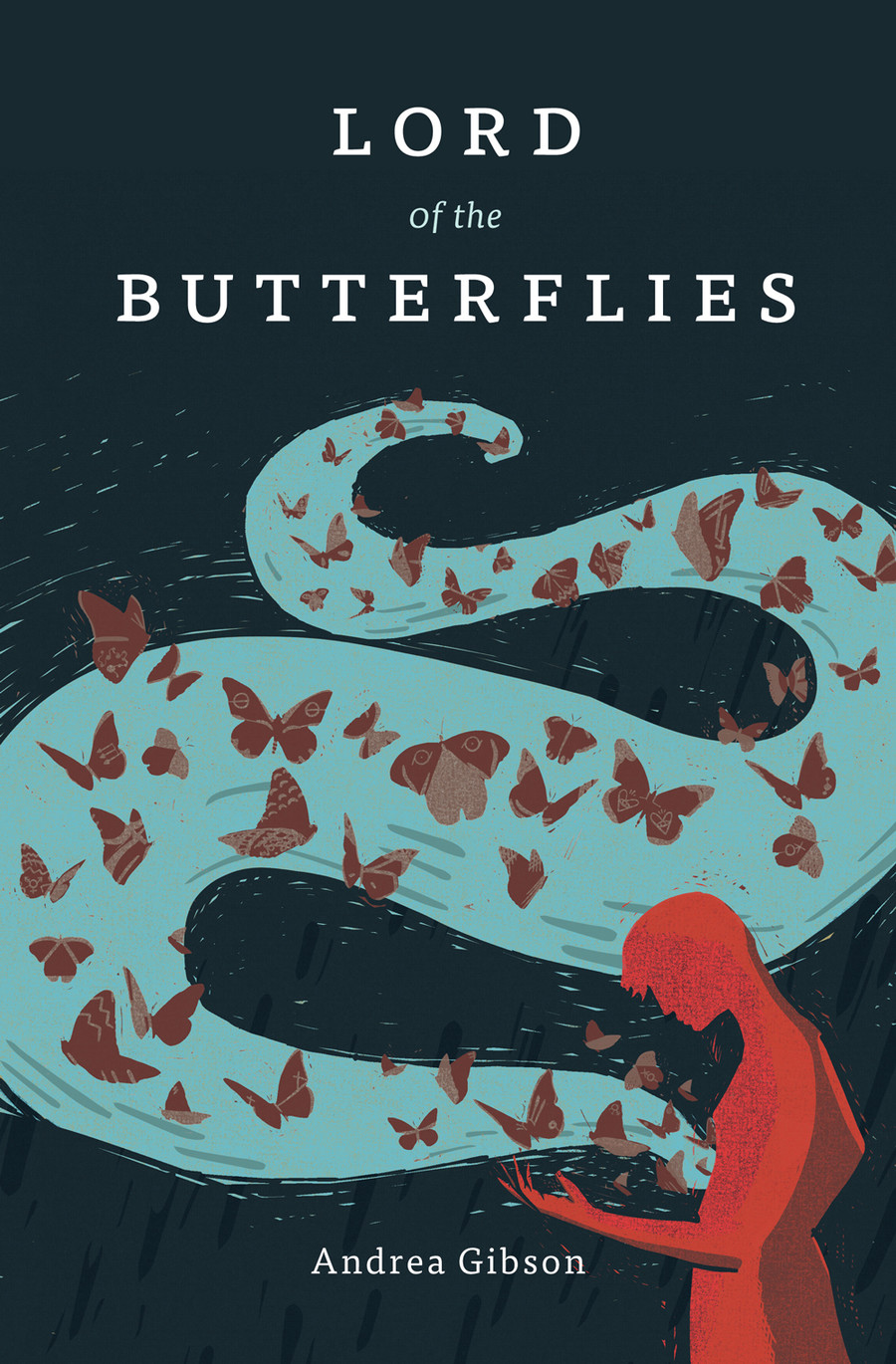 In “Gender in the Key of Lyme Disease,” you write about how being sick impacted your experience of gender. Can you talk a bit about that?

At the time I was feeling really frail, and really frail in my gender. My health goes in and out, and when I am feeling awful, I battle with shame and self-hate. I get mad at myself because I can’t do things and feel like I am not good enough for anybody. I have a line in that poem about “watching my feminism atrophy” because a huge part of my life used to be going to actions and protests. I can’t always do that anymore. Also, it can be so hard to watch my very femme partner have to lug everything—which shouldn’t be an issue in my feminism, but it’s still an issue for me. It’s really the patriarchy that’s getting me down. I get furious at the patriarchy, but in those moments it’s a battle with trying to not get furious with myself and with my body. These ideas that we should be totally independent and self-sufficient are so toxic. Even when we are healthy, we depend on one another. I think it’s the sickest part of our society that we have given up on the idea of living in community.

You have long identified as a feminist. What does that mean for you?

What about the word “genderqueer”? What has that word meant to you?

As soon as I heard “genderqueer,” my whole entire life prior made sense. My childhood made sense and then suddenly the whole binary just blew apart. After that, I stopped identifying as a lesbian, although I didn’t stop identifying as a dyke. There are parts of me that feel like a fag as well. My sexuality is always shifting; who I am attracted to keeps expanding as I’ve always assumed it would. My gender is always shifting, and the world is always shifting. “Genderqueer” is the only word that fits me every day because it doesn’t feel like a box. It feels like a word I get to make my own, and that everybody gets to make their own.

I wanted to ask about your poem “Letter to White Queers” though it’s not in this most recent book. In it, you write about the failure of many white queer people to think intersectionally about violence. What made you want to take that on?

A few years ago, I was performing in a larger city. I looked out and almost the entire audience was white. I stood on stage and thought, “I created this [audience] with a decade of my work, so what am I not doing?” Since then, I’ve been trying to figure out what I can do. To not speak about race and white privilege feels gross. I don’t think you can compare things, but I know that when I hear a man read a poem about a woman or a queer person being sexually assaulted, I hate it. I just hate it. So I’m trying to tap into what I do know, pay attention, and be willing to be wrong. Then, when I am wrong, I try to show up with some accountability to learn.

In “Boomerang Valentine,” you write, “I know there are things I haven’t survived.” I notice you don’t use the word “survivor” in this book when writing about sexual assault.

I’m sure I’ve used the word in the past, but I’ve never personally related to [it]. I honor other people using it, because I know it is something that helps them. But in terms of my own experience with sexual assault, something died. I don’t know that I’ll get it back. I can feel that my heart works differently. I can feel how difficult it is for me to trust that I’m loved. That is something that is going to be happening my whole life. Not everyone can do this and not everyone wants to, but I have chosen for my own wellness to recognize that there have also been wonderful things that have come from awful things. Mostly it’s been connections with other people, the wounds that knit us together.

Because you’re so candid in your work, your readings seem to be a space where people can be connected in a communal space and have feelings together in public.

I’ve had people request that the lights be dimmed at shows, so they can have their feelings more privately, cry, laugh, and get angry. The whole world is telling you not to do that stuff. As I’ve gotten older, I just do that everywhere. I get angry everywhere; I cry everywhere; I have panic attacks everywhere. I feel it all all over the place, and I hope that gives people permission to feel what they feel. Your emotions all come through the same hose. If you block off anger, you block off joy, [and] you block off love. I think anger can be one of the most loving emotions there is. It’s self-loving, it’s community-loving, [and] it’s loving this world when you’re enraged by it going wrong.

Read this Next: Fierce As Fuck 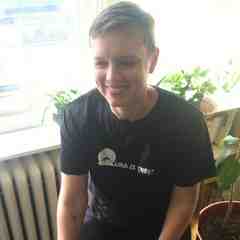 Elizabeth Hoover is a poet, critic, and essayist based in Milwaukee. Her poetry has appeared in Prairie Schooner, Epoch, and The Crab Orchard Review, among others. She received the 2017 Boulevard emerging poetry contest, the 2015 Difficult Fruit Poetry Prize from IthacaLit, and the 2014 StoryQuarterly essay prize. Her book reviewers and author interviews have appeared in American Poetry Review, Minneapolis Star Tribune, the Dallas Morning News, and Iowa Review. She has contributed art reportage and pop culture criticism to Paper and the Washington Post. You can see more of her work at www.ehooverink.com.