Andrew Yang, It’s Not on Asian Americans to Prove Their “Americanness” 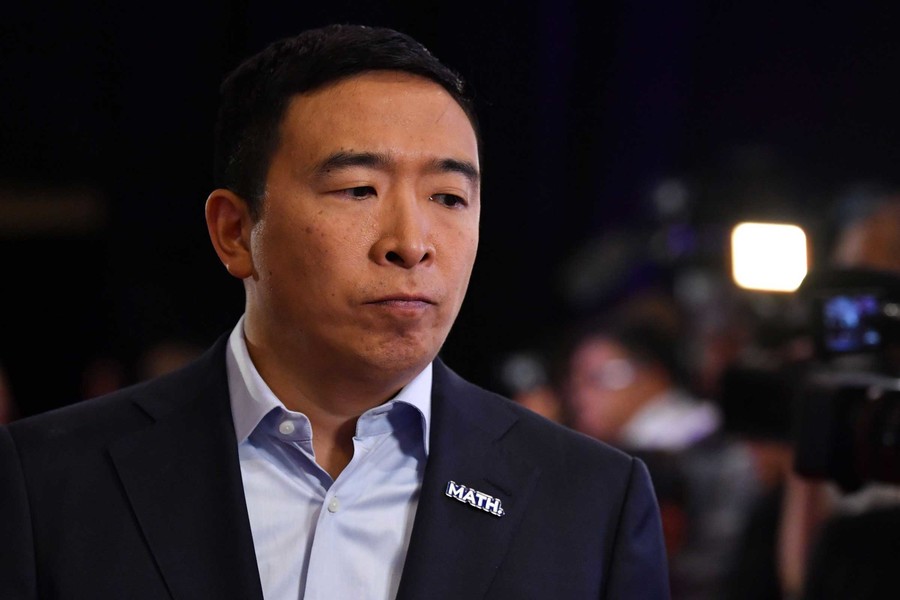 Andrew Yang wears a “MATH” lapel pin while speaking to the press after the fourth Democratic primary debate of the 2020 presidential campaign in Ohio on October 15, 2019. (Photo credit: Nicholas Kamm/AFP via Getty Images)

The coronavirus pandemic is undeniably devastating: There are now more than 400,000 cases in the United States—a country that had a struggling healthcare system before COVID-19 hit. In an effort to enforce social distancing, 43 states have issued some form of a stay-at-home order, effectively shutting down entire industries and compromising many people’s livelihoods. Last week, a staggering 6.6 million Americans filed for unemployment benefits. COVID-19 has hit New York City especially hard: On April 7, Governor Andrew Cuomo announced that 781 people had died in a single day, and that the state is planning to bury some of their dead in public parks. An uptick in racially motivated hate crimes against Asian Americans is only adding to the horror.

Stop AAPI Hate, a hate-crime-reporting tool created by a coalition of Asian American advocacy groups, has received 1,100 reports of coronavirus-related discrimination over the past two weeks. In one of the most heinous cases, a teenager in Texas stabbed a 2-year-old child and her family at a Sam’s Club because he thought they were “infecting people with coronavirus.” While Asian Americans are being targeted, former presidential candidate Andrew Yang decided to perpetuate the model minority myth instead of discussing this increasing racism and xenophobia.

In an April 1 op-ed for the Washington Post, Yang encouraged Asian Americans to prove our rightful place in the country, writing that we should “show our American-ness in ways we never have before. ”Yang drew on examples like when Japanese Americans joined the armed forces during World War II, even as the U.S. government corralled their families into internment camps. He also suggested that helping neighbors, voting, donating gear, and most questionably, wearing red, white, and blue could help placate this targeted racism: “We should show without a shadow of a doubt that we are Americans who will do our part for our country in this time of need.”

Calling on Asian Americans to “step up” the way Japanese Americans did during World War II is especially problematic; those soldiers were propped up to shift the focus away from the incarceration of Asian Americans in the United States and to weaken the Civil Rights Movement. “The insinuation was that hard work along with unwavering faith in the government and liberal democracy as opposed to political protest were the keys to overcoming racial barriers as well as achieving full citizenship,” wrote historian Ellen D. Wu in her 2013 book The Colors of Success: Asian Americans and the Origins of the Model Minority. In other words, no matter how hard Asian Americans try to play the part of an “ideal” American, we’ll still be distinctly othered. Aligning ourselves with whiteness will only go so far in protecting us from all versions of racism, whether its microaggressions or blatant hate crimes.

To his credit, Yang acknowledged that “being racist is not a good thing,” but he also wrote that simply telling people that racism is harmful won’t end the practice, so fellow Asian Americans have to be responsible for proving their commitment to being as American as possible—whatever that means. “Demonstrate that we are part of the solution,” Yang wrote. “We are not the virus, but we can be part of the cure.” He should know better than to suggest this—as a corporate lawyer and entrepreneur, former presidential candidate, and member of the Asian American community. No matter how hard Asian Americans try to “prove their American-ness,” it will never be enough in a country where “being American” is equated with proximity to whiteness.

Like many second-generation Americans, I have two names: my legal first name, Siyun, which honors both my Korean side and my Chinese side, and my middle name, Morgan, which is palatable enough for others to pronounce and represents my parents’ own assimilation. Though Siyun is the name on every one of my legal documents, it is as foreign to me as the syllables I stumble over when I try to chat with my elderly Korean neighbor. Does using my English name make me inherently more American? Am I American enough when I struggle to speak the languages I grew up hearing? Am I American enough when I assure my parents—who live on the other side of the country and actively worry about my safety—that I now rarely venture beyond the borders of my Los Angeles neighborhood? My American name, unaccented English, and citizenship status shield me from the brunt of xenophobia, but they don’t shield me from accusatory stares in the street or passengers in cars hurling vile demands that I go back to “my” country. And they certainly won’t shield me from an acid attack, like one Asian American woman suffered while trying to take out the trash.

While Asian Americans are being targeted, former presidential candidate Andrew Yang decided to perpetuate the model minority myth instead of discussing this increasing racism and xenophobia.

Yang’s definition of Americanness is idealized and unrealistic. No person should have to act more “patriotic” to prove they’re deserving of humanity. Asian Americans are Americans—period—no matter if we’re wearing our ancestral cultural outfits or donning tacky flag-printed crop tops to celebrate the Fourth of July. Americanness isn’t defined by a series of traits. If you’re American, you’re entitled to basic fundamental rights, whether you “step up” or stay home. Not acting “American” enough doesn’t mean you deserve to be attacked. It’s not our responsibility to seek approval from racists, but that hasn’t stopped Yang from expressing similar sentiments in the past.

During his presidential campaign, Yang demonstrated a surface-level understanding of identity. “While Yang’s campaign purports to be a step forward for Asian Americans, his reliance on stereotypes sets us back, making it harder to grasp the struggles and dilemmas that many in our community face,” Alton Wang wrote in a 2019 article for the Washington Post. “In the process, he is also reinforcing more overtly negative ideas about other nonwhite communities.” Yang hinged his electability on playing into the model minority myth, from making self-deprecating Asian jokes to assuring voters he’s prepared to run the country because of his math skills. And his approach had a tangible impact, as Li Zhou noted in a 2019 article for Vox: “Because of his ascent to prominence, however, his words carry significant weight and frame not only his own candidacy, but how Asian Americans are perceived overall.” Now, with this op-ed, Yang’s negative impact on the perception of Asian American people continues during a pandemic that’s spawning racist violence.

Neither Yang nor I need to prove our Americanness, but as a public figure with immense influence, he needs to clearly denounce the hate crimes being committed against his fellow Americans. Yang was right when he wrote that telling people to stop being racist won’t work. Racism is baked into the foundation of the United States, and it’s likely to prevail in the present and continue into the future. But that doesn’t mean we have to accept it or believe that the onus is on us to prove our right to be here. Instead, as politicians embark on their own pursuits of power, they should push against harmful stereotypes, so we can move toward a safer and more equitable future for us all.

Read this Next: Transmitting Culture 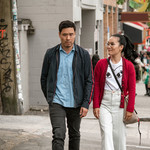 by Margaret Rhee
“Always Be My Maybe,” “Searching,” and “To All the Boys I’ve Loved Before” depict Asian American mothers as worthy of the same care, sympathy, and compassion that they bestow on their children, family, and friends. 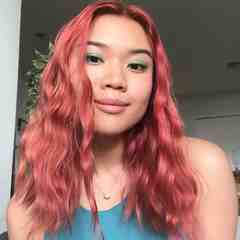 Writing, and mostly complaining, about culture.