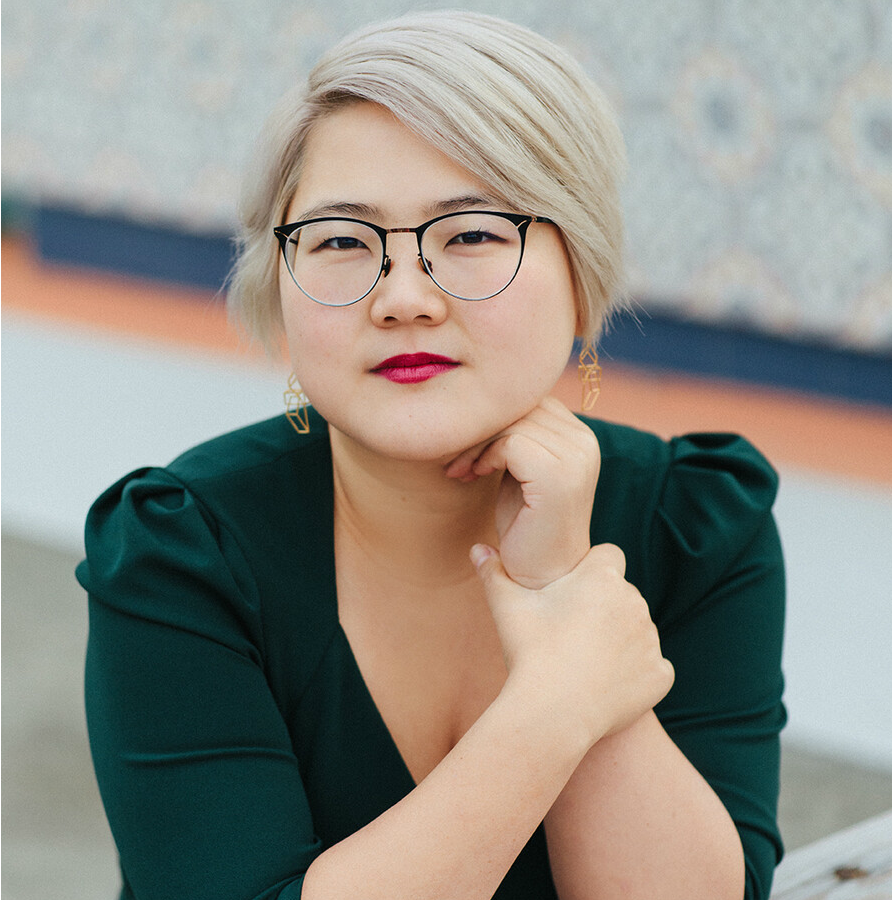 Angela Chen, author of Ace: What Asexuality Reveals About Desire, Identity, and the Meaning of Sex (Photo credit: Sylvie Rosokoff)

Science and tech journalist Angela Chen is asexual. So am I. Asexuality, or, generally speaking, the lack of sexual attraction, isn’t a new orientation, but the internet has made it significantly easier for people to learn about the identity’s nuances and meet like-minded friends and partners. In her new book Ace: What Asexuality Reveals About Desire, Society, and the Meaning of Sex, Chen—a friend of mine who I’ve come to know through asexual (or ace) circles—explores the identity not only in the context of how we develop our sense of self, but also in the context of our relationships with other people. This nonfiction, journalistic book isn’t just for the ace community—allosexual people (non-aces) can also benefit from considering a life that doesn’t prioritize sex and romance above all else.

Throughout the work, blurbed by Bitch editor-in-chief Evette Dionne, Chen interviews asexual and aromantic people of all stripes to construct a vivid portrait of how the identity intersects with others, including those based on race, gender, and disability. “I think more people are looking at the more negative sides of sex, [like] the way[s] sex has become so entwined with power structures and [how it] can be harmful,” Chen said. “Since the #MeToo movement, there’s been a shift [in how] we’re thinking about it.” In Ace, which was conceived before the Harvey Weinstein news broke in October 2017, she addresses this shift by teasing apart feminism from sex positivity, giving aces permission to focus on their own pleasure (sexual or not), not on their politics. Bitch spoke to Chen about the challenges of writing a book meant to reach both aces and allos, dethroning marriage and romance as the sole relationship ideals, and the evolution of her own identity.

As you were writing Ace, was it tough trying to appeal to both asexual and allosexual audiences?

Absolutely. There’s always a balance [to strike when] writing for aces; it means telling stories that are new to aces—not just telling them what they already know and have already read on websites and discussed on forums. At the same time, I have to [consider that] the general level of understanding around asexuality (beyond the definition) is very [narrow]. There [were] questions of how [to] make it interesting for aces and allos alike, how [to] make sure there’s enough new information that aces will find it valuable, [and also how to include accessible] discussion for allos who [are new to] the conversation.

Given ace stereotypes, did you feel pressure to not sound prudish, uptight, or boring as you explained a lot of nuanced terminology?

Yes. How much of that is [because of the] stereotypes and how much of that is [my own] neuroticism? It’s hard to separate. Because I know aces who don’t feel that pressure; I know aces who say, “I’m aware of those stereotypes, but I don’t feel the need to prove them [wrong].” Throughout the book, I try to be very fair-minded. I try to always be compassionate and say, “I’m not anti-sex. We’re fine if you love sex, and we’re fine if you love explicit content. We just want the narrative to be more balanced.” But there are times that I’m like, Do I have to be fair? Could I be more radical in what I said? I do feel that tension, and some of that is personal. But some of it is definitely because of these stereotypes and [not wanting people to assume] this is going to be a book about hating people who love sex, which is not the case. 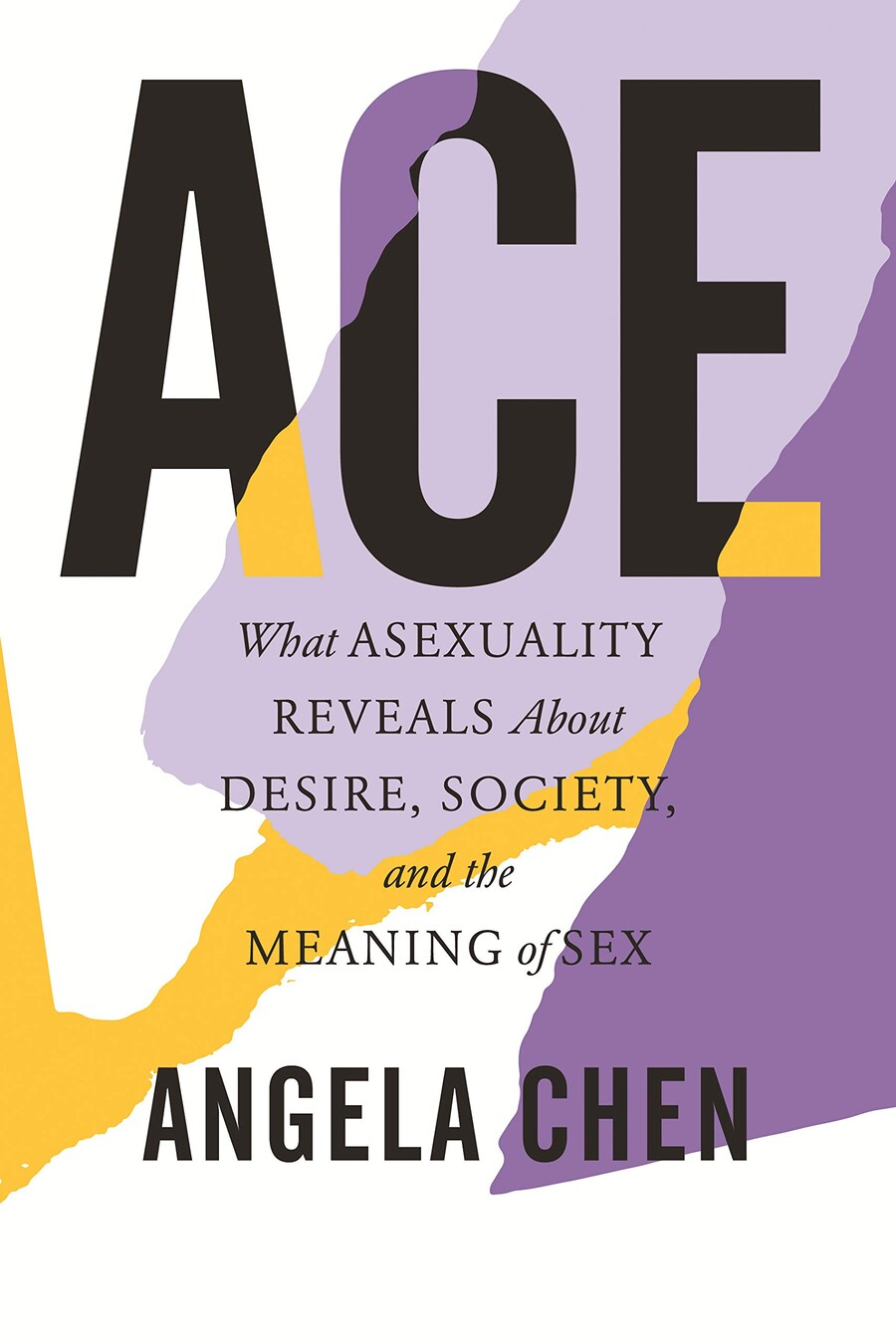 Ace: What Asexuality Reveals About Desire, Identity, and the Meaning of Sex by Angela Chen (Photo credit: Beacon Press)

Why should we seriously consider making familial relationships and friendships more comparable, on a legal level, to marriage?

Legally, marriage confers many benefits that friendship and family don’t. A very unique example that many people use is that marrying a stranger can get you health insurance, but I can’t [share my] health insurance with my mom. It’s not even that culturally we care about marriage and marriage validates us; it’s that this relationship is seen as so more important than other relationships on a legal level. Or, this romantic relationship is seen as more important and deserving of support than friendship. I don’t know how we would actually concretely change the policies, but I think moving [in that direction] would help a lot of people by giving us more [options] and ways of determining how we use our resources.

There’s an assumption, perpetuated by limited representation, that aces are mostly white. As an Asian woman, how did you find your voice in the community?

I don’t know the exact statistics, but there happen to be a lot of ace Asian women. Even though in popular culture and popular media all the aces I saw were white, when I would go to meetups there were what felt like a good number of Asian women. For me, it wasn’t that hard to find my voice in the ace community as an Asian woman. What was complex was how being an Asian woman complicated my relationship with asexuality: There are already so many stereotypes [associated with Asian women] about being submissive or robotic. Those happen to be very similar stereotypes to the [ones associated with] asexuality. That was complex for me. I didn’t fight being asexual, but I didn’t like it because I felt that it made others perceive me in a way I didn’t want to be perceived.

Throughout the book you come back to the idea of compulsory sexuality, and the idea that sex is “normal and necessary.” You write, “Compulsory sexuality makes asexuality a target for constant questioning and double standards. … Straight people can start identifying differently without their straightness being called ‘just a phase,’ yet aces—and all others who aren’t straight—have less room to be fluid.” Have you been able to reject compulsory sexuality in your own life?

I don’t think so. I can use an example [from] my relationship with my boyfriend. We have sex, and I feel a lot more pressure to have sex in a relationship than he does. He’s always the one who’s saying, “It’s fine. I don’t want sex if you don’t. We don’t have to have sex all the time.” And of course I should know better because I wrote this book, and I’ve done a lot of thinking about these things, but on an emotional level, I feel a lot of pressure to have sex in order to prove myself and my relationship. That’s not true for all aces. I’ve definitely met aces who are totally happy [with] being ace and have never felt that pressure. I guess I just care too much about what people think of me.

Did your own understanding of sexuality evolve while you were writing this book?

A couple times in the book, I write about how asexuality has become a sexual identity, but it can also be thought of as just a way of living that doesn’t center sex. And yet, of course, [when you’re someone who is] not having sex, but you don’t have a sexual identity, that becomes your sexual identity. I do think writing this book made me think that ideally it would be great if there [weren’t any] requirements to have a sexual identity. Like if you didn’t want to have [sex], you’re still not [necessarily] asexual—it wasn’t something you had to choose. Julie Sondra Decker has this great line [in Ace] where she says, “I’m not a ‘non-crafter,’” and it’s the same way she thinks about sex. “I’m only asexual because there’s a word for it and because people have an objection to me not wanting to have sex.” She’s asexual because she [feels] pressure to choose a sexual identity and explain why she doesn’t have sex. That’s one [thing] that shifted the way I think about sexual identity.

Read this Next: Not Accepting Romance Submissions: Bringing Asexual Characters to YA

by Lucy Mihajlich
An asexual author got tired of not seeing asexual characters in YA books. So she decided to write her own series.
by Julie Kliegman
View profile »