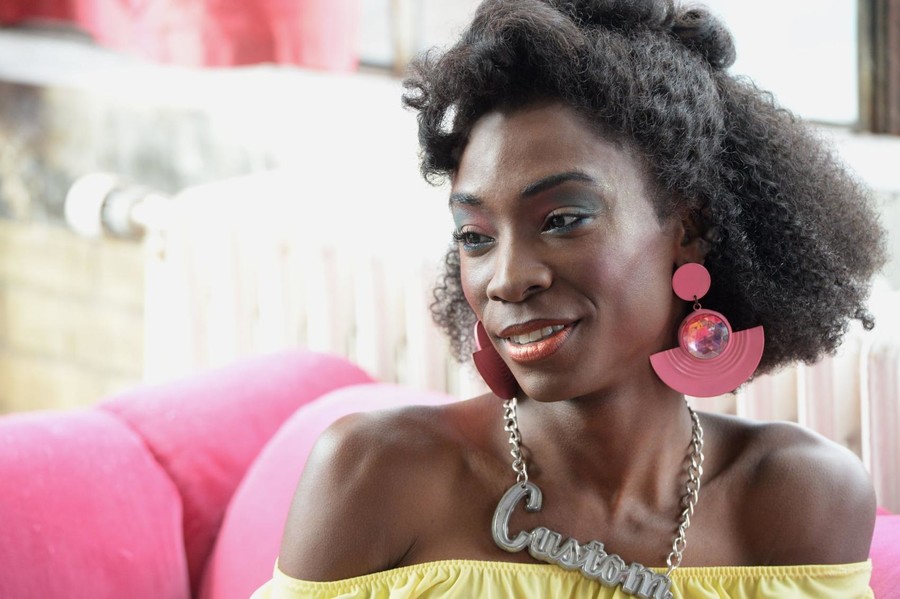 Angelica Ross has never been one to bite her tongue. As an actor, activist, and the founder of the tech incubator TransTech Social Enterprises, Ross has long been focused on and vocal about inclusion, particularly for trans women of color. And when Ross landed a star-turning role as Candy Ferocity on FX’s hit show Pose, she found herself with an even bigger platform for her advocacy.

Candy Ferocity is a complex character that, like many of those on Pose, is unlike any we’ve seen on television before. In the show’s first season, we watched Candy navigate a number of issues familiar to Black trans women, including body dysmorphia, colorism, and the struggle to be fully accepted into New York City’s circa-1980s ballroom scene. This season, Candy still has had a lot to prove to a lot of people—and she’s not shying away from the challenge. I talked with Ross about Candy’s second-season evolution, the challenges of portraying such a complicated character, and what she and her fierce onscreen persona have in common.

Candy introduced the House of Ferocity at the end of Pose’s first season. What can we expect from this new house?

This season, it’s all about girl power. There are no men in the House of Ferocity. It’s about women and friendship, but most [important], sisterhood. Candy, Blanca (Mj Rodriguez), and Elektra (Dominique Jackson) come together in ways you never thought were possible. And people try to infiltrate that sisterhood with things that don’t belong; it’s a “You can’t sit with us” kind of situation. The [House of Ferocity] women [will] vogue the house down. Last season was serious for many of the characters, so you’re going to see much more of the comedic and feminine side [of] the House of Ferocity.

Last season, Candy gave Pray Tell (Billy Porter) hell. Do you think they will ever be friends?

I do think they’re going to be friends, but they’ll literally have to go through hell and back to become friends.

You’ve described Candy as “very complicated” in interviews. How does her character evolve this season?

Candy’s focus and perspective is different now that she’s a house mother. She’s starting to [understand] some of the responsibilities that Elektra [took] on [and] that the other kids may have taken for granted. Candy becomes a lot more responsible and does everything she can to help keep a roof [over] her and her sisters’ heads. You’re also going to see her stand up to Elektra in a way that’s [long] overdue.

The first season of Pose sparked a conversation around body standards and the pressures that “realness” can have on trans and nonbinary people. Is this something that the second season will also explore?

Honey, I don’t even know where to start with this one. This season, we will address why people don’t see it for [Candy]. People have questioned why it seems like no one likes Candy. It’s like, “Damn, can I just get my life?” I’ve talked with folks like Dominique Jackson who [are] from the ballroom scene and she’s [told] me, “Girl, back in my day, they didn’t let dark girls live. We couldn’t walk face.” [Dark-skinned girls] weren’t fully allowed to engage. It’s especially interesting now because I know what it feels like to [be] the dark girl who’s overlooked. This season, Blanca puts the bug in Angel’s [Indya Moore] ear that she can become a model [and] cross into mainstream. Candy is a bit bitter about that, especially in the beginning.

Candy [is still] thinking that the spotlight is not coming anywhere near [the] ballroom. But as Madonna’s “Vogue” starts to climb the charts, Candy starts thinking, “There’s [a] possibility I can be seen.” And Candy wants to be seen. So [a] storyline [about] a person who won’t quit until she receives the recognition she deserves [is] the real tea [this] season.

How does your own story connect to Candy’s, in both seasons?

Candy is extremely impulsive; it [makes] me smile because we are the same in that [way]. I have to be aware of my own politics. We both like to keep it real, and a lot of the time people can’t handle that. There’s this attitude in [the] voice that I put on when I play Candy—I use the lowest part of my register when I’m doing most of my lines to specifically uplift the girls who [have] heavy voices and don’t give a damn about changing [them]. Every now and then, when I’m not working, [Candy] slips out almost to remind me to keep it real. I do it so I can be direct [and] also [because] people recognize and can identify with [the] tone.

The word “bitch” often carries a negative connotation. Why do you think it’s important for Candy (and all women, really) to reclaim the word?

One thing I love about the word “bitch” is that it can be said in one million different ways, [with] a million different meanings. You’re actually going to see that a lot this season. There’s one moment this season where I use it and it will bring you to tears because it’s so daring. It’s important to remember that words have power and [that] we have the right to reclaim [the] words that people try to use against us. It’s really about how you use it: Men should know by now not to call a woman a bitch, but we can call each other bitches if we have a relationship with each other. Some say that we shouldn’t use it, but it’s not my job to police how people use words. I use the word because it’s very empowering to me. Reclaiming the word gives me power because I am that bitch. You need to know that.

Does Candy have any surprises up her sleeve this season?

Candy and the House of Ferocity [are] ready to vogue. Madonna has inspired her and Candy is [going] to let the children have it.

Read this Next: Across Time 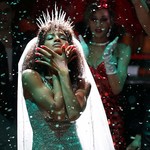 by Bani Amor
“Pose” exists in a New York that is long gone, but it sometimes feels like our queer and transcestors are using the show to send us messages across time.