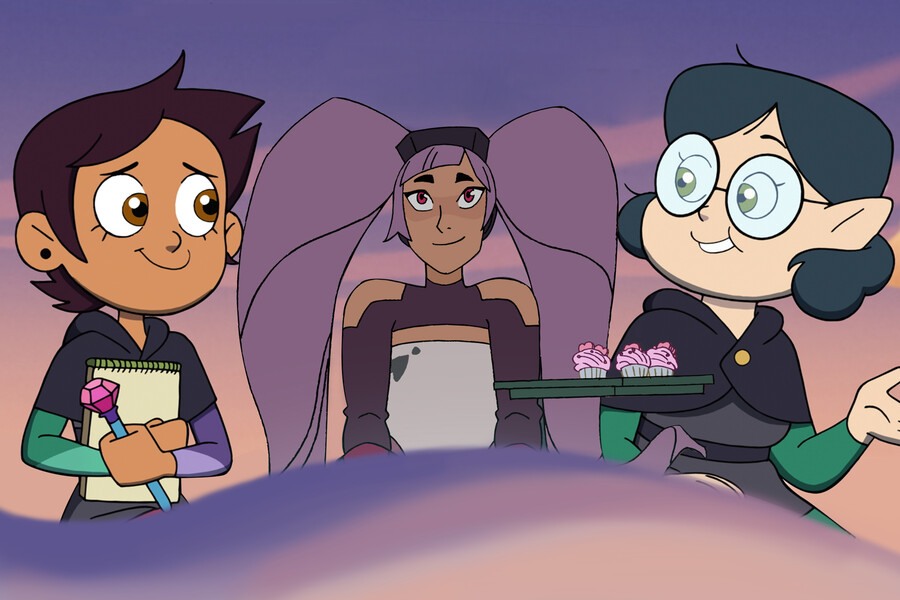 Luz, left, and Willow, right, in The Owl House and Entrapta, center, in She-Ra and the Princesses of Power (Photo credit: Disney Channel and Netflix)

When thinking about television characters coded as neurodivergent, characters such as Sheldon Cooper (Jim Parsons) from The Big Bang Theory, Sherlock Holmes (Benedict Cumberbatch) from Sherlock, Shaun Murphy (Freddie Highmore) from The Good Doctor, and Sam Gardner (Keir Gilchrist) from Atypical routinely come to mind. Not only are these characters all white, they’re also all male, a depiction that ignores the reality for other neurodivergent individuals, particularly women. However, recent animated shows, including The Owl House and She-Ra and the Princesses of Power, have begun portraying more diverse representations of neurodivergent-coded characters. Based on the’80s series He-Man, She-Ra and the Princesses of Power is an animated sci-fi/fantasy Netflix series centered around the young heroine Adora/She-Ra and the adventures she has with the princesses of a planet called Etheria.

Entrapta, a technologically brilliant inventor who switches between chaotic neutral and chaotic good alignments, is one of those princesses. After the show’s release, She-Ra fans speculated that Entrapta was on the autism spectrum because of some of her habits and personality traits, including her inability to understand certain social cues, her repetitive routines (including selective eating habits such as eating tiny foods), and her intense hyperfixations (otherwise known as “special interests”—in her case, technology). In May 2020, show creator Noelle Stevenson confirmed on Twitter that Entrapta was intentionally written as on the autistic spectrum. “Yes, we wrote her that way,” Stevenson tweeted. One of the show’s board artists, Sam Szymanski, who is also on the spectrum, even helped create the character. “His first episode was Entrapta’s introductory episode in Season 1 and he had a HUGE hand not only in defining her physical acting, but also pitched me several ideas for her arc early on!” Stevenson tweeted. “He basically became our go-to for Entrapta.”

Other childrens’ cartoons have also made strides in showcasing neurodiversity. Disney’s The Owl House, a fantasy series created by Dana Terrace, focuses on Luz Noceda, a 14-year-old Dominican American girl, who accidentally enters a demon dimension and becomes apprentice to an eccentric witch named Eda Clawthorne. Fans of The Owl House, much like fans of She-Ra, suspected that Luz was neurodivergent because she has characteristics recognizable to those who have ADHD, including impulsivity, issues concentrating, and a tendency to develop hyperfixations—in her case, magic and her favorite fantasy series, The Good Witch Azura. Luz also struggles in a traditional school environment while thriving in the alternate dimension she falls into: The Owl House begins with Luz sitting in the principal’s office with her mom because her principal is concerned about Luz’s imagination being “too wild.”

Luz’s principal and her mom agree that it would be best for her to go to a place called Reality Check Summer Camp, which has the literal tagline, “think inside the box.” While waiting for the bus to said camp, Luz tells her mom that she’s not interested in anything the camp has to offer because she likes “editing anime to music and reading about fantasy characters with convoluted backstories.” Her mom responds by saying, “Mija, your fantasy world is holding you back.” But as Luz waits, she’s suddenly transported to the Boiling Isles, an alternative world where she meets a strange witch named Eda and her demon companion, King. While Luz soon discovers that the Boiling Isles isn’t the PG fantasy world she’s always dreamed of, she finds a kinship with Eda and King, recognizing them as “outsiders” like her who are treated as strange by their respective communities. Luz strikes a deal with Eda that allows her to become a witch, and what starts out as a magical bargain soon develops into the beginnings of a found family. (Terrance confirmed in a 2021 interview that Luz was written as neurodivergent.)

At her “regular” school, Luz’s teachers don’t always know what to do with her and are unable to process her full creativity. Instead, they suggest that she is the one with the problem and she is disciplined in an effort to make her conform. But everything’s different with her magical mentor. Though Luz is a human with physical limitations that prevent her from practicing magic the way the other witches do in the Boiling Isles, Eda doesn’t quit teaching her; instead, she finds alternative ways to teach magic to her bright young student. In a touching moment with supporting character (and love interest) Amity Blight, Luz says, “[Magic] doesn’t come naturally for me like it does for you, so I had to improvise.” The difference in environments allows Luz to improvise, experiment, and find new ways to fulfill her own potential—and become the best student and witch she can be. It’s especially amazing that Luz is a bisexual person of color, so we also see neurodivergence compounded by race and queerness, both sorely underrepresented in current media. 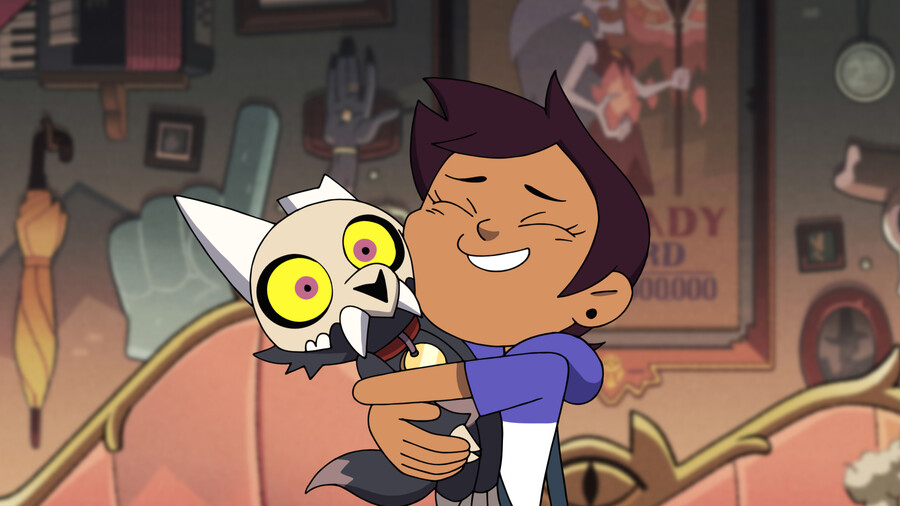 When it comes to neurodivergence, girls are still being left behind. Though girls are as likely to be neurodivergent as other genders, studies have shown that boys tend to be diagnosed with neurodivergent conditions, such as ADHD, at a higher rate than girls. The Centers for Disease Control and Prevention (CDC) also found that while one in 68 children in the United States are on the autism spectrum, there’s still a disparity: One in 42 boys are diagnosed as having autism compared to one in 189 girls. The neurodivergent community has recently begun raising the question of whether this disparity exists because gender bias is embedded in the very baselines used to diagnose autism and other neurodivergent disorders. “Early clinical studies in the 1970s focused on hyperactive white boys, which shaped the diagnostic criteria we still use today, making it very difficult for girls—let alone women—to get diagnosed if they don’t behave like hyperactive white boys,” Maria Yagoda wrote in a 2016 article for VICE. “So as the serious conversation surrounding misdiagnoses and stimulant abuse dominates the public perception of ADHD, there’s an estimated four million girls and women who are not receiving the treatment they desperately need because no one realizes they have the disorder.”

Somer Bishop, assistant professor of psychiatry at the University of California, San Francisco, and other experts also note that autism symptoms may manifest differently in women than in men, with subtle differences that may evade notice, even among those trained to conduct autism screenings. For instance, in a survey coauthored by Marisela Huerta, a psychologist at the Weill Cornell Medical College, on the gender differences in autism symptoms, the boys were “more likely to exhibit repetitive behaviors, fixated interests and being less likely to engage in social interactions,” while the girls tended “to be more verbal and socially interactive, at least at younger ages.” Many experts theorize this difference is because girls often tend to camouflage their symptoms, adjusting their behavior in order to fit in better with social expectations, i.e. being told to be “less disruptive” than boys.

However, masking can often take an emotional and mental toll, leading some neurodivergent people to feel a sense of alienation and isolation from their peers during their childhood—a feeling that might be all to familiar for me: Until the age of 5, I was essentially nonverbal, and I was then put into speech therapy for a number of years. On many of my report cards, my teachers noted that while I was often trying, I also had a habit of daydreaming, blanking out in the middle of class, and escaping into my own “little world.” I became more of an adept student over time, including being able to finish tests on time, but I still had trouble concentrating and I began hating my brain for not operating in the way I wanted it to and in the way it was expected to. Like many kids who operate differently from society’s definition of “normal,” I internalized the idea that something was “wrong” with me. I thought I had trouble concentrating or following instructions because I was lazy and lacked discipline. I felt alone as a child because I didn’t see many narratives with kids whose stories looked like my own.

Shows such as She-Ra and the Princesses of Power and Owl House remind those like me that imperfection is beautiful.

Perhaps I might’ve had a different experience if I’d been able to watch The Owl House as a kid. Perhaps hearing what Luz said within the first episode, “So, you have a different way of doing things, a different way of seeing things. That might make you weird, but it also makes you awesome,” would’ve made it easier for me to believe that about myself. Perhaps watching She-Ra and hearing Entrapta say she’s aware of her quirks but “imperfection is beautiful” would’ve made it easier for me to accept my own eccentricities. Perhaps having this kind of representation would’ve shown me that there was nothing “wrong” with me. Maybe the way I thought and acted wasn’t due to some fault in personal discipline, but simply a matter of the wiring in my brain being a little different. And maybe, through watching other characters, I would’ve been less alone, knowing that there were other girls who were a little different too.

Children’s cartoons are powerful, as Joseph Stanichar notes in an article for Paste about the ways in which Steven Universe helped him accept his neurodiversity. “I thought Steven Universe, a show about a young boy who fights monsters alongside his three alien rock moms called the Crystal Gems, could be an escape for me,” Stanichar writes. “Instead, this silly cartoon about space rocks ended up offering something more. Directly or indirectly, Steven Universe taught me time after time about the importance of empathy, patience, and understanding toward others, but especially toward ourselves.” I’m currently 24 years old and still searching for an official diagnosis, but at least I can feel I see myself in fictional mirrors. Shows such as She-Ra and the Princesses of Power and Owl House remind those like me that imperfection is beautiful, being different is okay, and being weird is awesome—and that’s the greatest type of magic. 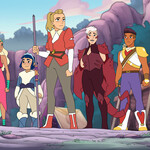 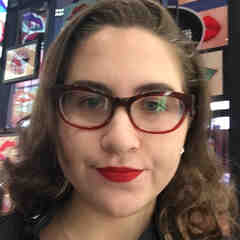