Annabel Gat on Astrology, Heartbreak, and Embracing the Unknown 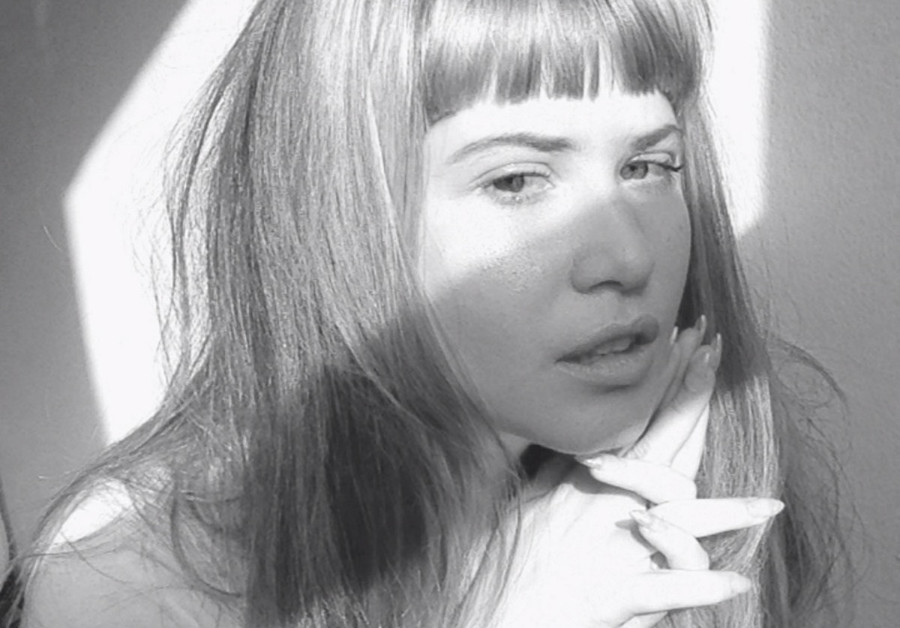 Astrology has been a capital-T Thing for as long as humans have been staring up at the stars trying to figure all this personhood stuff out. It’s been a Thing for as long as we’ve had occult sections in bookstores and horoscopes in our magazines, and it’s remained a Thing as we’ve found new ways (hello astrology memes and apps like Co–Star reading us within an inch of our lives) to tell stories about ourselves to ourselves and others. While it certainly doesn’t mean that our identity, feelings, and fate are decided just because a planet was in a certain place when we were born, astrology gives us permission to think about ourselves and others in the same context as the celestial bodies roaming around us.

Early on in Annabel Gat’s new book The Astrology of Love & Sex: A Modern Compatibility Guide, released in July 2019, she writes something we seldom see from a prolific astrologer: “Do I ‘believe’ in astrology? No, I do not ‘believe’ in astrology.” However, she does use astrology as a tool—it’s an ancient set of archetypes and stories, and a language that can be used to make sense of all the complicated traits that make up a person. It’s the tool she uses to deliver compelling and useful daily and monthly horoscopes for Vice and on the publication’s astrology app Astro Guide. “I am totally comfortable with using something as a tool without ‘believing’ in it. I do not need something to be true or a science for it to be valuable for me—for example, art. I like art! You probably do, too,” Gat writes in the early pages of the book. She then continues with, “I do not believe in astrology, but I do trust it, or rather, I trust the conclusions I have come to about myself—which do change over time, of course—that have developed through my study of it.”

All of this is a simple way of saying that astrology doesn’t give definitive answers about if you’re going to fuck, marry, or whatever with a current crush. After all, compatibility is complicated, no matter if you’re talking love languages, Meyers Briggs types, or the stars’ involvement in our love lives. “Our love lives can be the things that we have the least control over,” says Gat. “Relationships have people playing games with each other. Relationships have nuance to them. People are amazing and people have their flaws. There’s nothing you can predict about it.”

You can look at the chart of the Sagittarius you’ve been circling on a dating app or the Libra you’ve been shamelessly flirting with and still not know if you’re going to live happily ever after, if they’ll give you the orgasm of your life, or if they’ll ghost you and send you crying to your therapist. “Yes, all of the signs belong to an element and signs that share the same elements are going to have this affinity to each other, but that does not translate into real life or a relationship,” Gat tells Bitch. “People can be compatible with anyone. So compatibility isn’t about the right sign with the right sign; it’s really about the right person being with the right person at that time in their life.”

But there’s still endless value in astrology: It plugs right into the gooey parts of us that dwell on the possibilities when we’re crushing on someone and reveling in those love, lust, and in-between feelings as we figure each other out. “In general, people are really excited and inspired by their love lives. For most people, nothing really takes over their day or puts the sparkle in their eye like falling in love does,” Gat says. “No matter who you are, people come to you about love because that’s one of the most inspiring parts of our lives.”

Gat chose to focus on sun signs—which are the signs most of us are familiar with or consider “ours” after reading horoscopes in magazines—in this book because the “the sun is our ego and it’s very much just like core part of ourselves—a lot of times we approach relationships from our ego, anyways.” Beyond the sun, though, there’s a lot of astrological info to consider when thinking about our love lives: “Every single planet is important. They’re all in an interconnected dance and you really can’t separate one from the other,” Gat says. “And it’s not just planets that you have to look at. It’s also houses. For example, your fifth house ruler is going to tell you a lot about how you flirt and romance, how you want to have sex, and who you want to have sex with. The seventh house deals a lot with partnerships.”

And there are specific planets to explore when we get dumped, have a rough breakup, or find ourselves in the throes of heartbreak. “If it’s a breakup and you’re looking at your own chart, and for whatever reason you can’t go see an astrologer, take a look at your Saturn,” Gat says. “It’s the planet that has to do with commitments, but it’s also a planet that has to do with fear and with melancholy. It’s the planet of boundaries. Whenever we break up with someone, redefining what those boundaries are with that other person is usually an adjustment.” Gat also recommends looking to the moon after a breakup because it “has to do with comfort and safety and really shows you how you can guide into self-care.” 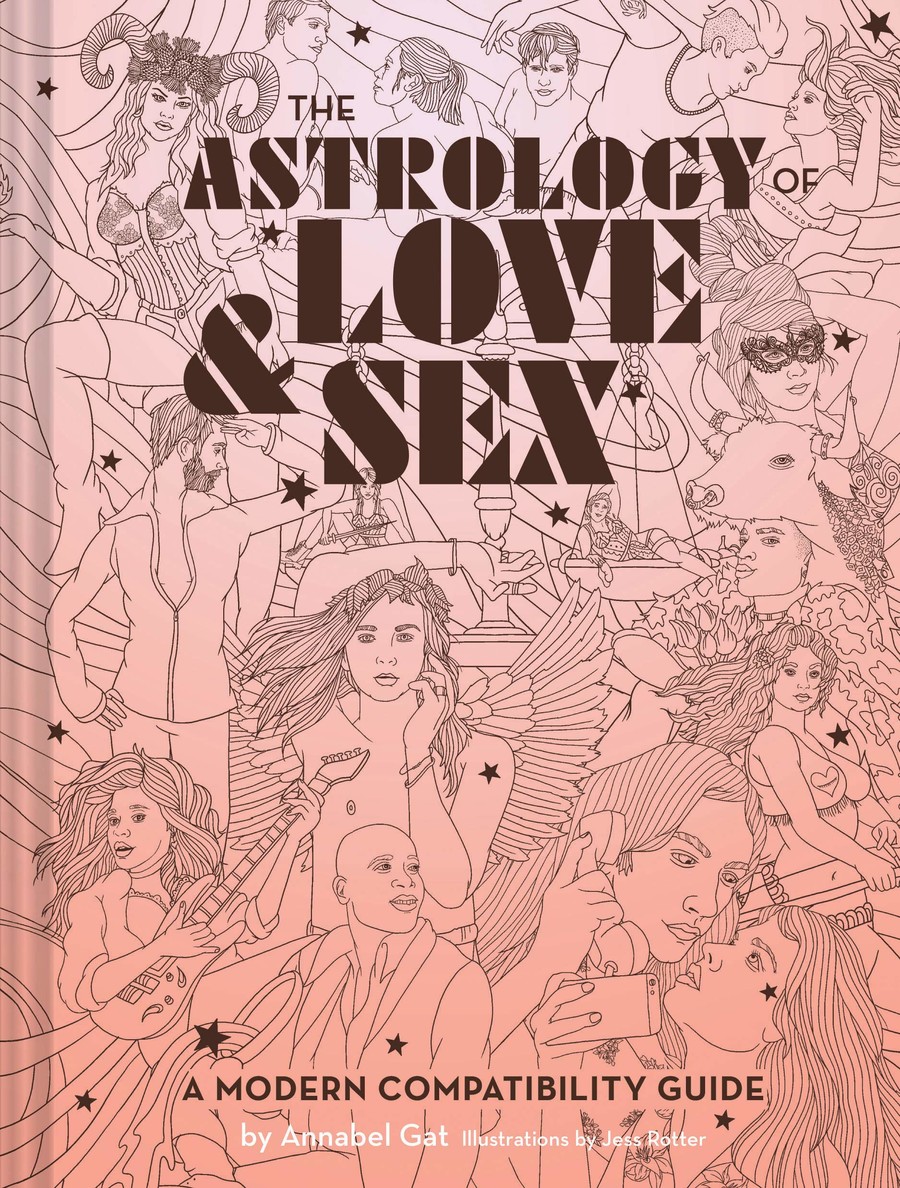 Don’t give up if astrology seems intriguing but a bit complicated. You can download a cool astrology app (like Astro Guide, if you dig Gat’s approach to horoscopes) or schedule time with a friendly neighborhood astrologer who can help unpack the secrets of your chart. “I always like to recommend that people get a reading from an astrologer,” Gat says. “Part of what’s amazing about starting to study astrology and learning about your birth chart is talking about yourself with someone else. Having someone tell you what they see in your chart and then give feedback… there’s this back and forth that’s really amazing.”

Meaningfully leveraging astrology in our love lives requires self-reflection. I know that’s a less-than-sexy answer for those of us who are prone to escaping their own thoughts instead of engaging with them—and avoiding getting to know another person in an intimate and vulnerable way. Studying astrology can help us find new powerful and worthwhile ways to frame and think about how we move through the world and interact with people. And that’s what The Astrology of Love & Sex gets at through its often funny, touching, and thoughtful explorations of various sun-sign pairings: It’s not so much about our birth or the stars dictating how we love, flirt, and fuck. Instead it’s about wanting to understand the hows and whys of the ways we navigate our relationships—and what we think about ourselves while being in intimate relationships with other equally complicated, messy humans.

“You’re going to discover your sexuality in real life, not in your birth chart—but your birth chart is this amazing tool for reflecting on your emotions and viewing the emotional work, which is key to any kind of intimacy, not just with others but with yourself,” Gat says. “Astrology is this amazing tool for self-exploration, but it’s not all going to happen in the chart. It’s going to happen in real life.” Gat is personally not interested in nailing down a birth time, which can be used to find out a lot of personal details in a person’s birth chart, and instead recommends leaving room for some mystery and letting the sweet, slow burn of getting to know a person to play out. “I don’t advocate for playing games, but imagine your crush knows that you’re really into astrology and you’ve never asked for their birth time,” she says. “You’re showing them that you’re letting them open up to you on their own schedule, which is pretty profound.”

So what does it mean for those of us who live for that hyper-specific thrill of discovering new intel and hoarding data about hot people we’re obsessed with? (I may or may not have a spreadsheet or two of past partners’ astro data open in my browser tabs at this very minute.) “Dive right in. Astrology is this amazing wealth of knowledge and you’re going to learn so much about yourself, even learning about the archetypes of other zodiac signs,” Gat advises . “But you have to separate what you read from the real person and give that real person a chance.”

Read this Next: Gathering Star Power with Astrologer Chani Nicholas 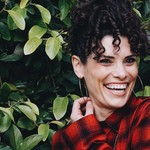 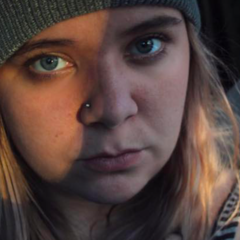 Katherine Speller is an editor, writer, researcher and journalist from the Hudson Valley. She likes witchcraft, longterm committment to various bits and meeting/greeting dogs on the street.