MagazineScreenclassreviewsAnne with an Ethe Facts issue

Anne With an E is a new take on L.M. Montgomery’s 1908 novel, Anne of Green Gables, and is nearly as endearing as the book itself. It chronicles the misadventures of orphan Anne Shirley, an 11-year-old girl who is accidentally adopted by siblings Marilla and Matthew Cuthbert to help out on their farm, Green Gables. It’s a fated pairing between a precocious young girl and her sturdy, self-reliant caretakers.

Through vivid panic attacks, viewers learn about the abuse Anne endured before coming to Green Gables. While these diversions darken the bittersweet story, they serve primarily to justify Anne’s erratic, dreamy eccentricities that otherwise befuddle the Cuthberts and their friends. Some fans may consider the flashbacks to be a diversion from the original story, but they give viewers a plausible impetus for Anne’s desperation to foster intimate friendships and escape into her own fantasies. The flashbacks help her become a three-dimensional character whose oddities reflect her complicated past.

Throughout both the book and the Netflix series, Anne is told that she should be grateful for whatever is given to her, be it a new dress or a chance to have a tea party with her friend Diana. Time and time again, she is told that she’s undeserving of anything bestowed on her, even if those pleasures, including puffed-sleeve dresses, are among the most mundane luxuries her peers enjoy. They’re actually telling Anne to be humble because she’s poor.

At times, Anne’s inability to read people and situations induces secondhand embarrassment. In one instance, she relays her misguided understanding of where babies come from to classmates. As her peers become visibly uncomfortable, she continues to offer metaphors and descriptions well past the point of propriety, which, given that she is 11, could have been toned down. It is difficult to believe that such an affectionate, avid character would be unable to read those around her.

Anne talks a lot, whether or not people are listening. But in Anne With an E, she is not simply strange and bookish. She is optimistic because her ability to see the bright side of life is the mechanism she has developed to survive poverty and abuse. At first it’s jarring, but her loquaciousness becomes bearable once the viewers understand her past. 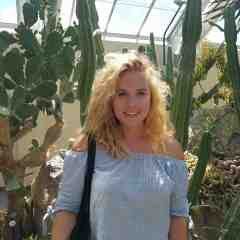 Monica Busch is a writer based in New York City. You can follow her on Twitter @somethingmonica.

Relevant: A Vacation is Not Activism 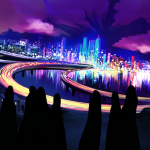 by Bani Amor
Not only do post-disaster tourism profits seldom reach those in need, the industry also contributes to climate change by weakening natural shore protection and depleting desperately needed resources in vulnerable communities.