White Rage, White GuiltHow Long Do We Wait for White Women to Learn? 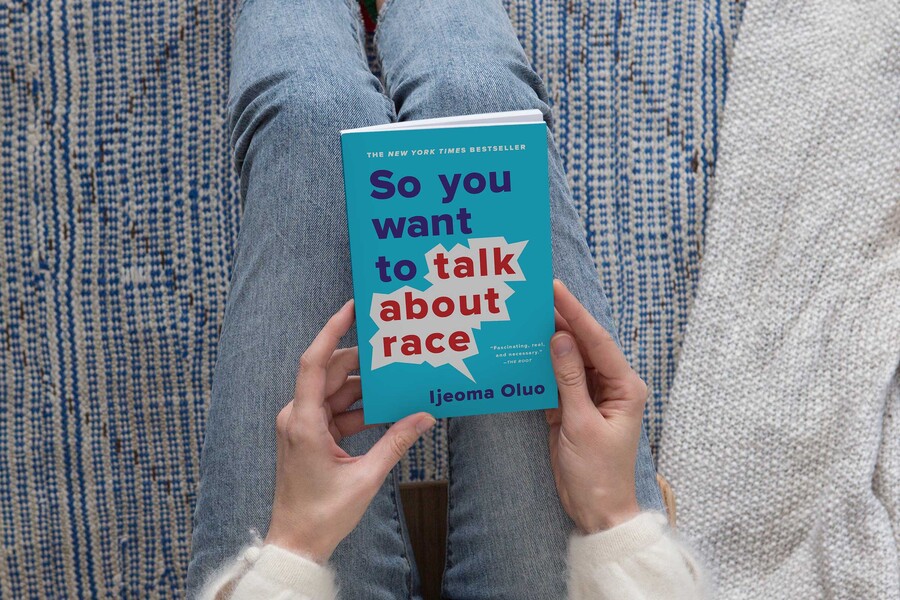 A few days before the 2020 presidential election, I started seeing a message becoming more and more prominent on my social-media feed. Often shared in graphic format, the gist was simple: “No matter who you voted for, we can remain friends. We’re all in this together.” One image asked us to be more like Bob, a Republican, and Sally, a Democrat, who put their political disagreements aside for the sake of friendship. Another popular one showed a Trump supporter shaking hands with a Biden supporter with the caption, “We can disagree and still be friends because that’s what adults do.” It wasn’t a new concept. I recall seeing similar posts in the weeks leading up to the 2016 election. I remember standing in the bar where I worked surrounded by people staring at television screens, their mouths wide open as Trump was declared the winner. Everyone had been sure that Hillary Clinton was going to win—and had even chilled champagne to celebrate. As I walked home that night, I cried, reflecting on how so many Americans had ignored the cries of countless marginalized people, and had only thought of themselves as they filled in their ballots.

In 2016, when I saw these messages of so-called unity shared across social media, I had rolled my eyes. Now, four years later, I was rolling my eyes toward the sky again, but this time my teeth were also clenched. On the surface, such posts support this somewhat wholesome idea that living in a society where people can have different viewpoints while remaining in harmony is what makes our community great. The simplistic messaging wants us to believe that who we choose as the candidate doesn’t really matter. The idea is that you’re a better person, with perhaps a stronger moral center, if you have friends regardless of political beliefs.

As I scrolled through Facebook, I began to passively take note of the kind of person who was sharing these sort of “embrace your differences!” messages. Interesting enough, these people were all white; more specifically, they were white women. This realization wasn’t shocking but it was disappointing. The 2016 exit polls reported that 52 percent of white women had voted for Trump, though according to TIME, that number was closer to 47 percent. In a 2016 article for this website, Tamara Winfrey-Harris wrote that “mainstream white feminists consistently make the fatal mistake of presuming that their motivations are stimulating to every woman,” and she’s not wrong. At the end of the day, buttons sporting “Nasty Women” or “Wild Feminist” come off. So do shirts. Even the kind of white women who don feminist merch may not be feminists at all; they might find comfort in the access that their whiteness grants them, and they might be the type of white feminist who fails women of color time and time again to maintain that power. Over the summer, it seemed as if white people had a shift in the consciousness: When George Floyd was murdered by Minneapolis police in May 2020, everything felt like it was beginning to change. The response to his death surprised me because Floyd wasn’t the first Black man to be killed by police; he certainly wasn’t the first Black man to have the video of his death replayed on news stations and social-media feeds for all of us to see. But his death seemed to strike the country in a different way

Maybe it was because his death was slow and gruesome, the video filled with the screams of bystanders begging Officer Derek Chauvin to remove his knee from Floyd’s neck. When it was announced that Floyd’s death had been ruled a homicide, the world erupted. Thousands of Black and non-Black people filled the streets, chanting that Black lives were beautiful and that Black lives mattered. Portland businesses put up signs saying that they supported the Black community, taping the messages to the wooden boards placed over their windows. On June 2 or Blackout Tuesday, many social-media users uploaded a black square, proclaiming that they were open to learning how to be anti-racist. They hashtagged it #BlackLivesMatter, black squares filling the feeds. Something was in the air, this brief moment in which white people, at least online, and white leaders and celebrities, said there was work to be done. And then the book orders came.

Though Black people have been talking about racism (for, uh, ever), it only took a matter of weeks for every single popular anti-racism book to sell out, sometimes backlogged for months. Stacks of these books appeared on popular Bookstagrammers’ feeds (a genre of Instagram where books are discussed). Titles such as The Bluest Eye (2007), Why Are All the Black Kids Sitting Together in the Cafeteria? (2017), So You Want to Talk About Race (2018), and How to Be an Antiracist (2019) appeared on New York Times Best Sellers list, some for the first time. With the popularity in certain titles skyrocketing, media outlets began to take notice and churn out anti-racism book lists. The lists were meant to give readers options for how to begin to discuss the complex issue of race, offering multiple examples at every level from beginner to expert. Within weeks, social-media users began to promote anti-racism book clubs, creating a safe space for white people to unpack their thoughts about topics such as voter suppression and housing insecurity. I believe that the intentions were good, but the worst thing about good intentions is that sometimes the energy can be misplaced.

So You Want to Talk About Race was suddenly essential, like the latest bag or pair of shoes. It had become an accessory, a badge of honor, proof of being a good white person.

Sometimes, instead of consulting the carefully created lists of anti-racism titles, white people reached out to their Black friends, asking them to suggest—or in some cases—assign books to them. “Instead of hiring a Black person who teaches about anti-Blackness and racism, some white readers make demands of Black people who’ve never agreed to be their educators,” Rachel Charlene Lewis wrote in a piece for Bitch. A few times, I woke up in the middle of the night from emails and DMs from friends and colleagues asking if I had read a particular book and could speak about what I had learned from it. Mind you, this was around the time of civil unrest, my grandmother’s death, and other pandemic-related conflicts, so my emotional range was already depleted. And yet I felt called to answer questions that could have been answered with a quick search on Google.

Ultimately, for many, the act of purchasing these books was performative. Instead of being read, these books decorated coffee tables and bedspreads for Instagrammable shots. Meanwhile, the sudden, explosive demand in many bookstores was overwhelming. One employee told Bitch, “We had at least [two] weeks of waiting on more than 100 orders of mostly How to Be an Antiracist and White Fragility, and it led to multiple customers complaining about how long they waited.” Christian Vega, the events coordinator at Astoria Bookshop in Queens, said that it often felt like a case of, “‘Look at this on my bookshelf, I’m a Good White™.’” He added that, while many of the actions this summer felt trendy, “More people felt like they were genuine this time around than other times, but only a little.”

Customers weren’t the only ones putting on a show. According to another anonymous source, a white woman who owns a popular bookstore on the East Coast was accused of being performative by an employee. Following the accusation, the shop issued a public statement stating that it was an anti-racist workplace and store. However, the source mentioned that the owners had previously made comments indicating that they “weren’t particularly interested in catering to the largely Caribbean American community who comprised the neighborhood” before the bookstore opened. The employee told Bitch that often the anti-racism discourse that really needed to happen “was disappoint[ing]” and was “largely swept under in the onslaught of promoting books that could be purchased as an antidote to white guilt.”

The bookstore where I worked was similarly hectic in June: We received countless anti-racism book orders. And yet, despite all of the learning that supposedly took place via these books, in early November 2020 exit polls stated that among white women, Trump still held their support: An estimated 55 percent of white women voted for Trump. This is at least a two-point increase for this demographic since the previous election. As I sit with this number—more than half—I think about how one day at work I spent most of my eight-hour shift explaining to customers that we were out of So You Want to Talk About Race, because suddenly everyone wanted to talk about race, a subject that I had spent more than a decade talking about myself. It was suddenly essential, like the latest bag or pair of shoes. It had become an accessory, a badge of honor, proof of being a good white person. When I told one customer that her book was back-ordered, but there were an expected 20,000 books coming back into stock within two weeks to meet the unprecedented demand, she said, “But what I’m supposed to do now?” I wanted to tell her to read any other book—or, of course, to participate in any other active form of anti-racism—but I also needed my job.

Instead, I simply said, “We’re working on getting this sorted out. We appreciate your patience, and your eagerness to learn.” And I do appreciate their willingness to learn. The only question, especially given the continual support for Trump and other racist politicians by so many white women, is what do we do while we wait for it to sink in.

by Robyn McGee
A new study of book publishers shows the industry is 79 percent white.
by Katherine Morgan
View profile »