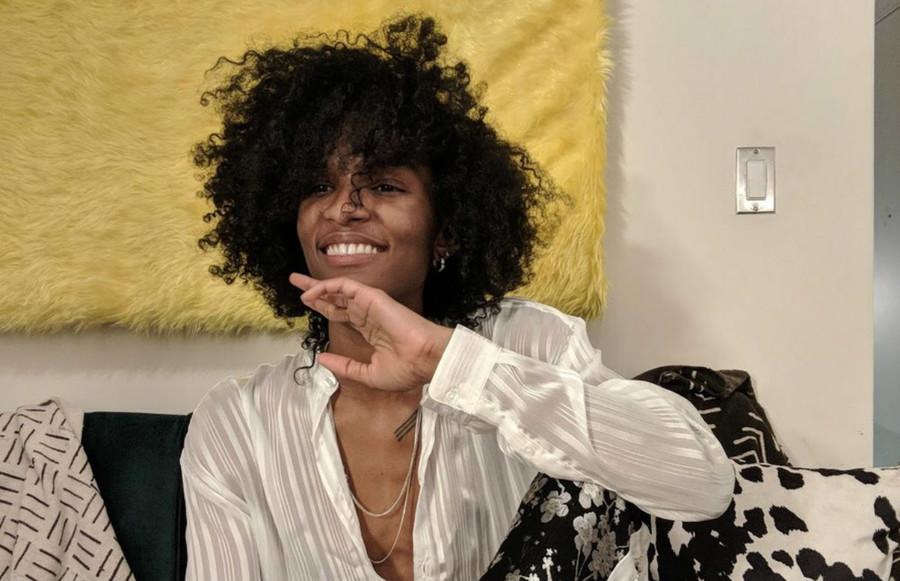 In February 2019, Out magazine reported that photographer Tom Bianchi had been locked out of his Instagram account because he’d posted a polaroid photograph of the back of a nude man sitting on a bed, his butt barely visible. “On Saturday morning I woke up to find that my Instagram account had been removed in its entirety for violating ‘Community Guidelines,’” he told Out. After artists, fans, and his husband posted their concerns on Instagram, Bianchi’s account—and the previously offending post—was reactivated.

Sex-tech startups Dame Products and Unbound protested Facebook, the company that owns Instagram, in July 2019 for continually rejecting their ads and reporting their posts despite their content being much less sexual than those of male-focused brands like Hims. Shadowbanning, a hotly-contested term used to describe Instagram’s algorithm allegedly deprioritizing certain Instagram posts or accounts, has been rightfully critiqued for harming marginalized people. Women, queer people, and sex workers have begun leaving Instagram entirely, saying it’s becoming increasingly difficult to build community on a platform with vague guidelines about what’s allowed. (Instagram’s policy about nipples has caused a lot of controversy, for instance). Queer Black influencer and YouTuber Ari Fitz, whose Instagram bio read, “HE/HER/DADDY,” ditched the platform, leaving behind nearly 140,000 followers. Her final post, captioned, “been fun, @instagram,” features a blurred post of Ari posing while topless, her arms covering her chest. A swipe on the post reveals a screenshot of Instagram’s notice to Fitz that the original post had been removed for violating the platform’s “nudity or sexual activity” policy.

On her final post, Fitz cropped the photo closer to her chest to showcase just how difficult it is to see her nipples, which, she assumes, is why Instagram blocked the image. The top comment on the post reads, “i follow a white [woman] who posts herself completely naked with 2 little scribbles over her nipples. and her posts are still up. bullshit.” (White models and influencers like Bella Hadid and Emily Ratajkowski have “poked fun” at Instagram’s no-female-nipples policy.). I interviewed Fitz about her decision to leave Instagram and if Instagram’s community guidelines are specifically targeting queer people of color.

Tell me more about your relationship with Instagram. When did you join the platform? How did you originally intend to use it?

I really fell in love with Instagram about three years ago. I had just quit my job and moved to Los Angeles to become a full time YouTuber, and a major modeling company had seen my older (now defunct) Instagram account and asked me to [sign with] them. The modeling thing didn’t work out, but Instagram helped me land major contracts, like UGG and KENZO. I even landed a NYLON cover because of Instagram. My first real post was [in] August 2016. At first, Instagram was just a place for me to look cute, show off my fitz (heh), and connect with friends. As I started making more YouTube videos, my audience on Instagram grew in tandem, and IG became more of a place for me to tell stories.

I started producing content specifically for Instagram in 2017, starting with my six-episode “SIXTY SECOND FITZ” series, which [ran for] two seasons. At the time, Instagram felt more raw and real [because there were so] many creatives on the platform. It became addictive to share something raw with artists like me. So many celebrities and people with massive audiences started following me and “liking” my work around then. It was wild to be able to reach people I’d perceived to be unattainable, and to have them see my work. Then I started doing longform photo essay projects with major photographers like Sza’s photog Sage who shot my “LEADING MAN” photo essay series or Lula and famous makeup artist Raisa who shot “ARI-ELLE.” I would also do really raw stories in my captions—[and] that’s not even touching highlighted stories. Those are dense; [there’s] so much of just me in there. My three years on Instagram were raw and real; I bared my whole soul on that app. I have so much of me on it. My goals shifted often, too, but Instagram was always my place to connect with creatives. It was where I fully and freely showed the world people like me existed. 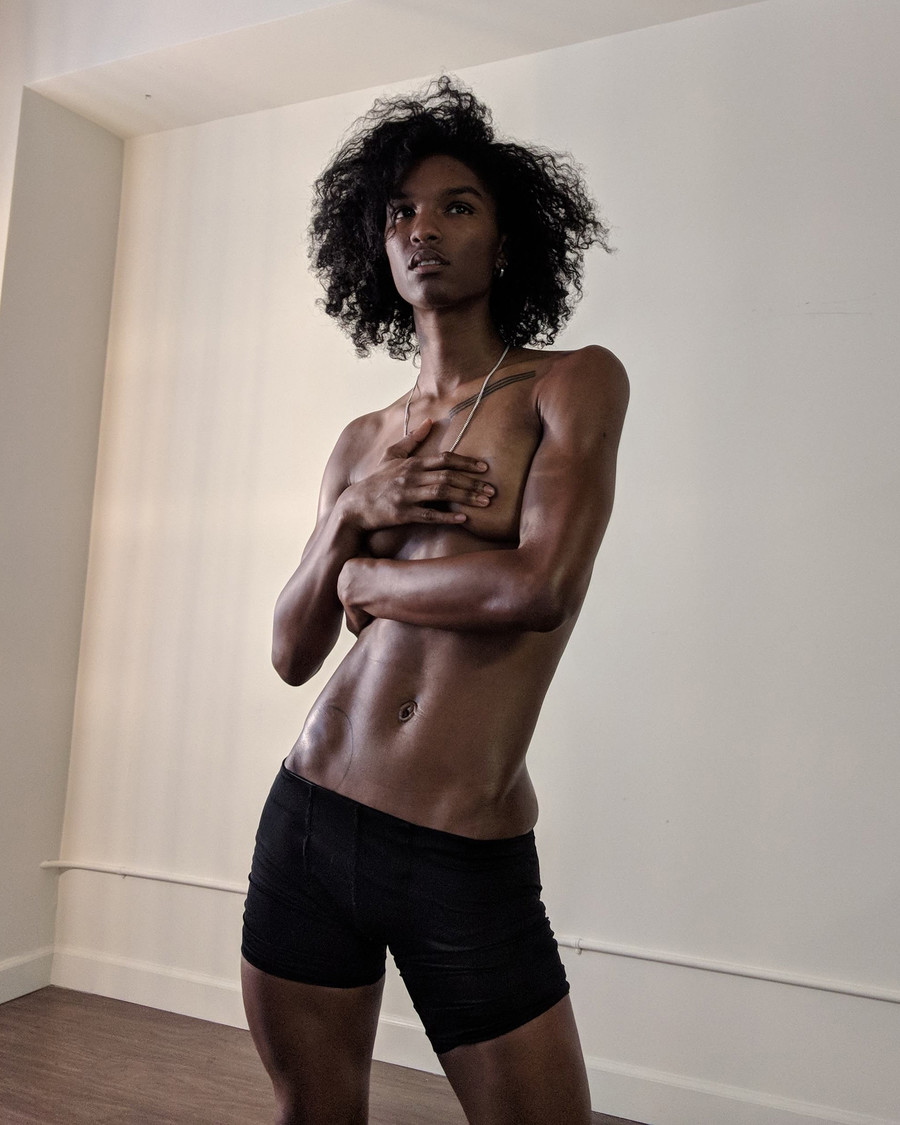 The photo Ari Fitz posted on Instagram that was flagged and removed. (Photo credit: Ari Fitz)

What recent changes have you noticed about how Instagram operates?

I’ve noticed for about a year (a fucking year!) that people couldn’t find me [when] they tried to type my account name in [the search box]. Fan accounts and other accounts would pop up before mine. Most of the time, typing my full name out [was the only way for my page to populate in the search], whereas my friends’ usernames would pop up with just a few letters. I always thought it was something I was doing wrong. Isn’t that the wild part? Technology has this way of feeling so neutral, like a bug is just a bug, but it’s really racism and sexism and bias masquerading as a bug.

As I’ve gotten more popular on YouTube, I’ve [received] so many DMs from people saying they thought I blocked them [because they couldn’t find my account], or that they had to find me via my friends’ accounts. I didn’t know what shadowbanning was; I just thought it was somehow my fault. Let’s be real: I have [created] a lot of very suggestive posts, but I always censored and tried to be respectful of IG’s community guidelines even when I didn’t agree with them. I tried to make sure my nipples (even though who is IG to tell me my nipples are female or male?) didn’t show. I never showed any sexual or violent activity. My full bare ass has never been shown, even when Justin Bieber made it cool to do that on IG.

I didn’t do more than what a white boy or girl influencer has, but IG automatically [deems] my Black queer body [is] wrong.

You recently decided to leave Instagram. What finally pushed you away from the platform? Do you think other Black queer creators or creators of color are doing or will eventually do the same?

I hope so! I hope all the fire, amazing, super talented creatives leave IG and go to Twitter, YouTube, and my new favorite [platform] TikTok. None of these platforms are perfect, and some seem to have some very shady ties (why exactly was Twitter CEO Jack meeting with Trump?), but most of them seem to at least try to respond to their creators, especially when it comes to racism and bias within their algorithm. I talk to folks at YouTube often; I left Instagram because Instagram never responded. So many of my fellow queer, Black, POC, [and] sex-positive friends were sharing how they were banned too, and IG said nothing. Instagram saw all of our complaints and chose to say nothing or fix anything.

Yup. They’re white and I’m not.

What can queer Black creators do to reach their communities in digital spaces, considering increased censorship across the board?

Become software engineers and make a platform (with a diverse group) without racism built into the algorithm! Then send me an invite ;)

Until then, creators, run from instagram as soon as you can. Twitter is great. YouTube is fun (but difficult if you don’t do video). TikTok is becoming fun, but the audience is really young—because of this, they’re even more sensitive with censorship so be careful. I think we’re all waiting for something new. A new, sexy, racism-free space for creatives sounds so yummy. Build it, and I’m there.