Grief PoliceThe Men Who Want Ariana Grande to Break Down 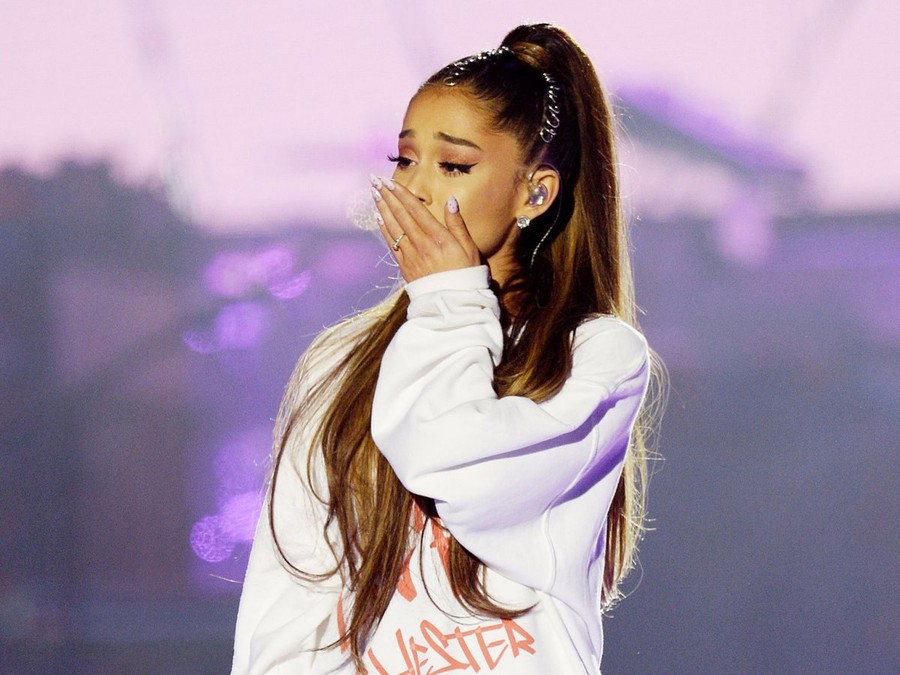 “Grand Unified Theory of Female Pain,” the final essay in Leslie Jamison’s 2014 book The Empathy Exams, explores how women’s physical and emotional pain has been discounted in everything from ancient mythology to Stephen King’s Carrie to Sylvia Plath’s poetry to Lena Dunham’s Girls. “I want to insist that female pain is still news. It’s always news. We’ve never already heard it,” Jamison writes. She continues: “I think dismissing female pain as overly familiar or somehow out-​of-​date—​twice-​told, thrice-​told, 1001-​nights-​told—​masks deeper accusations: that suffering women are playing victim, going weak, or choosing self-​indulgence over bravery… I think dismissing wounds offers a convenient excuse: no need to struggle with the listening or telling anymore. Plug it up.”

This year in particular, women’s pain and anger have been central to many national conversations, including Hollywood’s reckoning with sexual violence and unequal pay, the unfair treatment of Serena Williams at the U.S. Open, and Dr. Christine Blasey Ford’s powerful testimony during Brett Kavanaugh’s confirmation hearing. Each of these stories brought seemingly endless commentary about what women are allowed to feel, and few women’s emotions have been more analyzed this year than Ariana Grande’s, a pop star known for her iconic high notes and ponytail. She’s been reeling since a terrorist attack at her May 2017 Manchester, England, concert forced her to take time off from making music and touring.

Her grief was compounded by the sudden death of her ex-boyfriend Mac Miller in September, and the abrupt end to her four-month-long engagement to comedian Pete Davidson in October. Miller’s death turned Grande and Davidson’s relationship from a funny, bizarre, real-life meme that inundated countless news cycles to a symbol of Miller’s pain—a reminder of how Grande had ruined him. And in the minds of some critics, her decision to leave Miller while he was alive forbid her from grieving him in death. Grande disabled her Instagram comments after some of Miller’s fans claimed she was responsible for his death.

Unfortunately, this wasn’t the first time she’d been unfairly blamed for his actions: When Miller was arrested in August 2018 for driving under the influence, Twitter user @FlintElijah wrote: “Mac Miller totalling his G wagon and getting a DUI after Ariana Grande dumped him for another dude after he poured his heart out on a 10-song album to her called the divine feminine is just the most heartbreaking thing happening in Hollywood.” (“I am not a babysitter or a mother and no woman should feel that they need to be,” Grande rightfully retorted. “Shaming [and] blaming women for a man’s inability to keep his shit together is a very major problem.”) And in May 2017, just one day after the bombing at her concert killed 22 people, Daily Mail columnist James Harkin wrote that “Miss Grande is a symbol of everything Islamists hate” because of “her revealing stage outfits, her stockings, pink bunny ears, and unabashed sexual confidence.”

Instead of giving Grande time to process a devastating tragedy, Harkin immediately dismissed her trauma, never once acknowledging how the terrorist attack impacted her emotionally. In her recently released YouTube docuseries, Dangerous Woman Diaries, Grande reads a powerful letter she wrote eight months after the bombing. She calls the attack “shocking and heartbreaking in a way that seems impossible to fully recover from,” and ends the letter by saying, “I think of Manchester constantly and will carry this with me every day for the rest of my life.” Aside from alluding to the bombing in interviews and in some lyrics on her fourth studio album Sweetener, this was the first time Grande has publicly voiced her grief. Her words are genuine and moving, offering a stark contrast to the way men like Harkin have discussed and analyzed her response to the bombing and Miller’s death.

For nearly two years, Grande’s grief has been public spectacle—in the form of this letter, or the benefit concert she held in Manchester two weeks after the attack, or her recent tributes to Miller on social media. When women express physical or emotional pain, they’re either ignored or accused of playing the victim, but the only way Grande can express her pain is to turn it into a literal performance. After Grande posted a photo of Miller on Thanksgiving, Twitter user @VicVonDoom_, whose account is now suspended, claimed Grande was “milking” Miller’s death, implying that her performative grief has passed its expiration date.

When a video appeared online of Grande smiling and “dancing in the rain” with friends, the media coverage seemed to be written with a tinge of suspicion. Could a woman who claimed to be sad really be smiling at a time like this? It’s a no-win situation: If Grande expresses her grief, she’s emotionally unstable, and if she’s photographed smiling or laughing, she’s not grieving enough. Disenfranchised grief, a term coined by Dr. Kenneth J. Doka in the 1990s, is used to describe how people grieve losses that are not considered “mainstream,” like suicides, overdoses, miscarriages, natural disasters, and terror attacks. Many of Grande’s recent losses fall within this category of grief, which Doka refers to as “the grief nobody talks about” in his 2017 book, Grief Is a Journey: Finding Your Path Through Loss.

People often question the validity of this kind of grief because the process does not match the traditional experience of losing a loved one, and its aftermath can be unpredictable. Disenfranchised grief, coupled with the historical distrust and dismissal of women’s pain, is precisely why Grande’s grief isn’t recognized or respected. Grande has been in the public eye since she began costarring on Nickelodeon’s Victorious in 2010, so we have to wonder how the picking apart of her handling of grief impacts the young people, especially young women, who’ve grown up alongside her. It’s reminiscent of Britney Spears’s infamous February 2007 breakdown in which she shaved her own head in front of a Los Angeles hair salon. Disturbing photos of Spears’s meltdown were splashed across glossy tabloid covers that described her as a “ticking time bomb” and “suicidal.”

Having been a superfan of her music in the late ’90s, I didn’t think it was possible for the Britney Spears to ever be sad—let alone pissed off. But there she was, and the world mocked her anger. My own life turned upside down when my grandmother was murdered in 2008, and my mom was arrested for the crime. Soon, I was processing my own disenfranchised and complicated grief in counseling, and beginning to understand how Spears’s stress, anxiety, and rage became tabloid fodder. Before transferring to a new high school, I went to my old school to clean out my locker and say goodbye to my teachers. I could feel everyone’s eyes on me, waiting to see how the loss had transformed me. My grief was explosive and unstable, and I wanted to let it out, but I couldn’t. If I didn’t hide my emotions in public, my friends, family, or teachers might tell me I was being irrational and I needed to just get over it.

Ten years later, nothing has changed about how we discuss women in breakdown. Grande is 25, the same age Spears was when she took a green umbrella to the side of one paparazzo’s car, and the unkind ways in which Grande is being portrayed in the media could drive anyone into a Spears-style “meltdown.” Is that the goal? Grieving is messy and difficult and unpredictable, but being poked and prodded by paparazzi, reporters, and social-media users adds an unnecessary pressure that can send anyone into a tailspin. In response to @VicVonDoom_’s insensitive tweet, Grande shared three simple sentences: “everything i feel is valid and safe. everything i do is genuine and honest. there is no right or wrong during this period.”

After a rollercoaster year of loving, losing, and being a constant target of critique, Grande has learned to protect her emotions from prying, judgmental eyes. It’s a lesson for all women: Our pain, grief, and anger may always be mocked, but our voices can grow loud to drown out the voices of men who blame us for our own misfortune.

Read this Next: The Parent Trap: Birth-Control Sabotage Is an Insidious Kind of Abuse 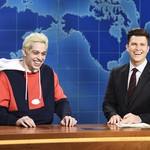 by Caroline Reilly
The high-profile nature of Ariana Grande and Pete Davidson’s relationship exposes young people to this form of abuse through a joke that downplays its actual harm. 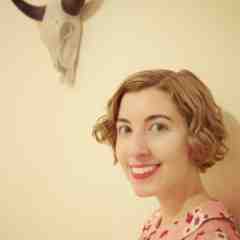 Kristi DiLallo is the founding editor of The Grief Diaries, an online magazine of art and writing about loss. She teaches at California State University, Monterey Bay, and she writes about her experience navigating the grief of parental incarceration and the stigma around families of murder victims. Follow her on Twitter: @k_dilallo.