Trauma-Centered Art Should Be the Future of #MeToo 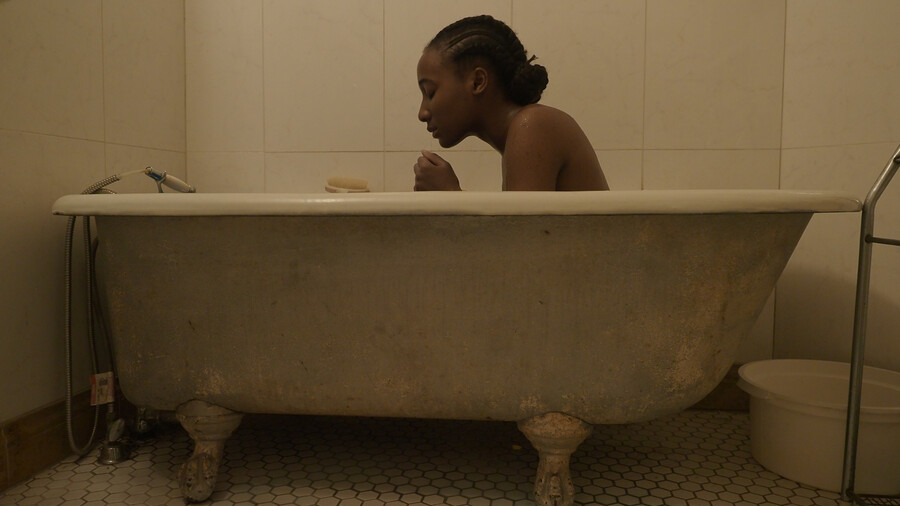 A still from MoonBaby, a film by AroMa (Photo credit: Courtesy of AroMa)

Amid allegations that Joe Biden has harassed and sexually assaulted a number of different women, including Tara Reade, there’s been a resurgence of conversations about the validity of the #MeToo movement. Though activist Tarana Burke created #MeToo in 2006 specifically to address the sexual violence inflicted on Black girls and women, Black women and queer folks have expressed discomfort about the ways the movement has become so closely associated with predominantly white, cisgender, women victims coming forward against wealthy and powerful men in Hollywood. Even as more Black women survivors tell their stories publicly, there’s still been a hesitance to support them: In the aftermath of HBO Max releasing On the Record, a documentary that details Drew Dixon, Sil Lai Abrams, Sherri Hines, Jenny Lumet, and four other women’s allegations against Russell Simmons, the hip hop community has continued providing an unchecked platform for Simmons to re-trigger his survivors and defend himself.

Simmons has appeared on both The Breakfast Club, a syndicated morning radio show, and Drink Champs, a popular hip hop podcast, where he was asked softball questions about the accusations. Survivors, including Abrams and Dixon, have had to publicly call out these platforms in order to receive even a microcosm of the support afforded to white survivors. This lack of support extends beyond highly visible survivors: Take, for instance, the tragic tale of Oluwatoyin “Toyin” Salau, a Black Lives Matter organizer who tweeted about being abused by her family, left homeless, and sexually assaulted by someone tasked with keeping her safe. Days later, Aaron Glee Jr., who has confessed to the crime, kidnapped Salau and then murdered her. Salau’s body was found on June 13. After her death, Black women have been vocalizing their need to be protected against gendered violence, like sexual assault and harassment, instead of their experiences being declared distractions in the larger fight to end police violence. Where are Black women survivors allowed to heal?

AroMa, a Black nonbinary multidisciplinary artist based in Oakland, California, found solitude in the creation of MoonBaby, a musical film centered around their lived experience of childhood sexual assault. After the repression of childhood sexual trauma, Riley (the film’s lead) splits into two personalities: HalfFace and MoonBaby. As she matures, MoonBaby remains locked away in her childlike state. Years later, MoonBaby escapes from their bondage, leading Riley to confront her trauma through a survivor-led restoration process. For AroMa, MoonBaby is an opportunity to move toward a culture of restoration for survivors who’ve internalized the impact of their assault. The film is an offering to those who have been affected by gendered violence, and it provides an example of survivor-centered and trauma-informed work having a tangible impact. In early 2020, before the COVID-19 pandemic shut down the United States, AroMa previewed the project at the Starline Social Club in Oakland and spoke with Bitch about their collaborative efforts to partner with trauma-informed and health professionals for the film’s debut.

There’s a lack of survivor-centered art in the media. Did the absence inspire you to make MoonBaby?

When I have ideas for movies, I’m making myself aware of the world that already exists, and trying to see myself more clearly through the process. The title MoonBaby comes from the parts of your identity that are associated with nighttime and darkness. A lot of my identity trauma happened in the darkness of certain spaces people didn’t bear witness to. When I was young and in the midst of a depressive episode at my aunt’s house, the moon above my window comforted me. The moon was the only thing that witnessed the parts of myself developed in the darkness.

MoonBaby started off as a personal need to see myself in a society that doesn’t see me, my pain, and the pain of folks who have the same identity as me, be it femme, nonbinary, or Black. There are so many different injustices and trauma that are unrecognized. When you’re born and raised in this country with those identities, parts of yourself become invisible to you or others. In general, my work is the process of trying to see myself so I can affirm and validate my own being. Sexual assault was one of the biggest trauma-centered situations in my life, which caused a series of problems in my life, such as being emotionally close to people or not being able to deal with touch. Altogether, I used to completely reject physical touch because it became a gray area for me. MoonBaby is about the ramifications of developing parts of yourself in darkness. Personally, I coped with trauma through dissociation and compartmentalization; I’m aware of it now. Telling the story was an attempt to become aware of my coping process and trying to get closer toward acceptance without the shame associated with it.

Instead of a formal talkback, you elected to integrate arts, music, and poetry into the sneak peek at Starline, which allowed attendees to decompress if they were triggered. Why was it important to include those elements in the experience?

For the first event, we were cautious because of the sensitive and heavy subject matter, so we planned to have conversations with the creative arts community who attended the showing. I love my community and wanted to give people the opportunity to be received and express themselves, so we integrated local singers, poets, and a visual-arts component with trauma-informed prompts. The prompts allowed us to get a better sense of what makes people feel safe when dealing with sensitive material, and how we can incorporate that feedback into verbal engagements and set design for showings in the future.

Moving forward, the film’s curriculum will be informed by those conversations and prompts, and that was a big point for us. The first event was an artful healing event, where people asked questions and engaged with folks because we’re still figuring out how to cope and deal with these in a healthy way. When we have the feature film premiere, we intend to have sexual awareness workshops and partner with local health-worker organizations to connect attendees, especially queer and people of color, to free therapies.

There are so many different injustices and trauma that are unrecognized.

White cisgender men dominate the filmmaking industry, while women and genderqueer folks make up less than 5 percent on the industry. What difficulties have you experienced in the production of a Black women-centered film about sexual trauma?

There’s not a film industry in the Bay Area, so I feel an urgency to provide young Black queer people with the chance to do this type of work, especially as it relates to film. When you’re thinking of making a film in the literal sense, it empowers you to tell your story, and we don’t have a lot of spaces in the Bay Area that really teach you how to do that or give you the opportunity to. With all the work I do, I try to collaborate with young Black queer people, and empower us to say, “We can make whatever the fuck we want to make happen.” If we want to make a movie, fuck it. It’s going to take work, a lot of cooperation, trial and error, but [we can] prove to ourselves that we can make something that we want to see in the world. We have the power to tell our stories. There’s value in being able to provide spaces where people can do that and have the resources to. After the sneak peek, we decided to secure funding to finish the film because all of the work was from community members who volunteered their time.

Our community gave us the money through grassroots funding to make the sneak peek, and I’m appreciative and grateful for that, more than giving young people the opportunity to work on a great, quality film. I strived to be able to fairly compensate people, so I registered as an LLC and took a trip to Los Angeles to see if we could partner with production houses, large donors, or investors who have the knowledge of the film industry and what it means to sell a film. It’s interesting because [we’re] trying to build an industry where there is none. What [we’re] trying to do is create a film company that’s Oakland-based and get investors to invest so [we] can pay local creators. It’s a ground-up experience, and I went to [Los Angeles] so I could figure out how to do that and if there are any resources to help. 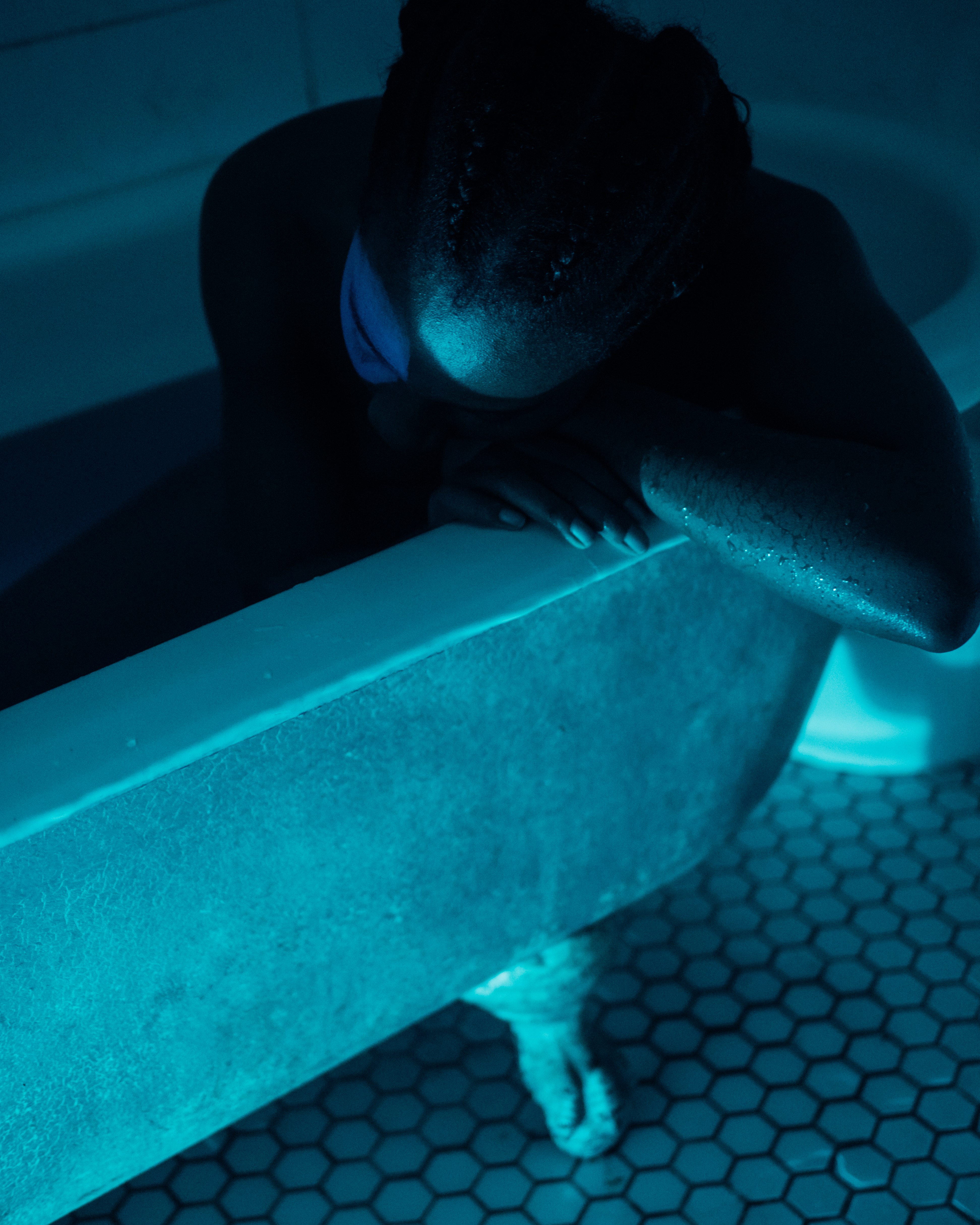 A still from MoonBaby, a film by AroMa (Photo credit: Courtesy of AroMa)

According to the Rape, Abuse & Incest National Network, two-thirds of childhood sexual abuse occurs between the ages of 12 and 17, the age at which Riley, the film’s protagonist, confronts MoonBaby. For survivors who volunteered time and labor for the project, how did you prepare them to engage with the film’s subject matter?

When we first started, I sent an email to anyone who wanted to be a part of MoonBaby and said, “This is heavy work, but if you feel like this is an experience that will allow you to see yourself more, come join us.” I wanted people to understand that we’re in the process of creating and analyzing the situations that we hold close to us, and finding comfort within ourselves and community members who have experienced this as well. A lot of people needed this, and it’s strange because when I started the film and reflected on how people received this, I remembered stories from my friends who repressed their [childhood] sexual abuse and assault. Artistically I knew this film needed more people, because at times we feel helpless with our stories and don’t know how to process it. Yet us remembering those things and the process of making this film affirmed its urgency and the need for it.

MoonBaby was highly received by community members at the sneak peek. As the creator, how did it feel to be warmly embraced?

It’s not hard for me to feel good about MoonBaby, but for some reason it never feels like it’s enough. I don’t have that moment of being like, “We did that.” It’s more like, “Okay, it’s done. How can we do it better? What else could I have [done] with it?” But it was a really nice night. After the screening, people came up to me and said, “We did that” and that it was amazing, but it just didn’t land with me. It never really does. Yet if they’ve watched the film and created bonds with people who they feel like they could hold space with, I feel good about that. Sometimes it’s not dissecting the film, but appreciating the relationships created among people who attended the screening. Being able to hold space for that, because people are spending time in community, talking about their repressed trauma, is incredible. It’s good to have spaces where people understand that they’re safe to experience and remember. It gives you permission to experience yourself. It allows you to experience joy or sadness. It creates a richer and more human experience.

This interview has been condensed and edited for clarity and length.

Read this Next: “Nightmare Temptation Academy” Is a Video Game Challenging Rape Culture 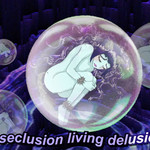 by Greta Rainbow
Creator Lena NW’s shit isn’t for everyone. 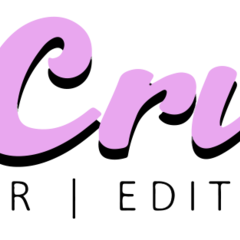 Taylor Crumpton is a music, pop culture and politics writer transplanted in Oakland, originally from Dallas.