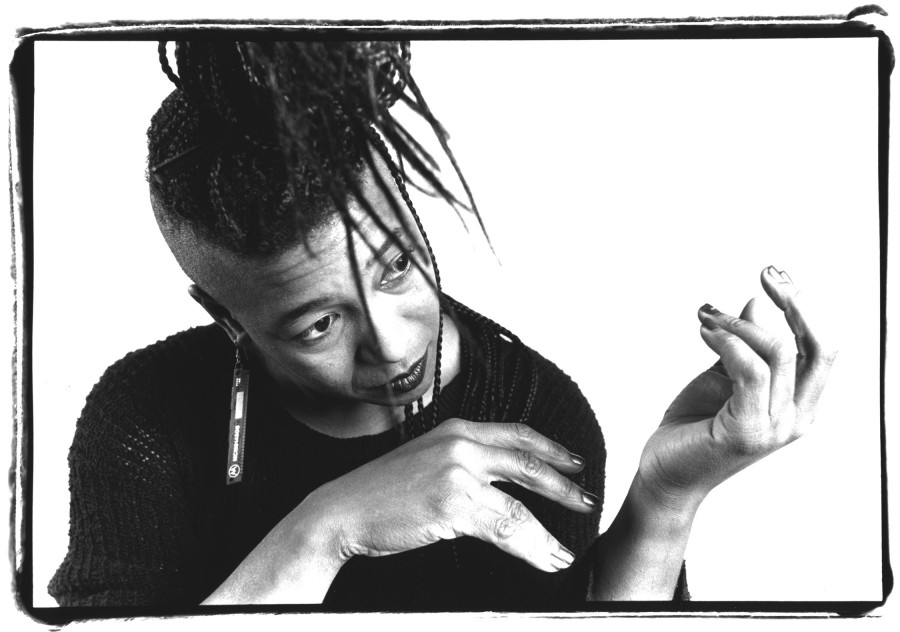 Pamela Z is an interdisciplinary artist. She’s a mad scientist with her music, creating an avant-garde mix of sounds and visual art that seem to originate from a place that only she can hear and see.

In Pamela Z's recordings and live performances, her experimental classical vocals are so crisp and so seamlessly melded with electronic overlays that you might never guess that her sound comes from looping her voice live. When you watch her perform, she is standing over a Macbook, surrounded by a complicated looking electronic set-up.  She nurses her equipment with her hands while simultaneously singing into a microphone, her incredibly high soprano voice resonating off the ceilings. In addition to operatic vocals, she uses her voice as a percussive instrument, making interesting, indescribable vocal sounds.

Her collaborative work, like her gorgeous piece “Carbon Song Cycle,” shows a morsel of the range of her expertise and talent. She is able to work with other artists and musicians to creative larger than life sound experiences. Pamela Z spoke to me about her artistic process, helping me pinpoint the essence of her work.

JORDANNAH ELIZABETH: Can you describe your art form?

PAMELA Z: I would have to describe my work as very interdisciplinary. I am a composer/performer, experimental theater artist, sound artist, installation artist, voice artist, and composer of scores for dance, film, and video. I’m best known for my solo performances for voice and electronics with gesture-controlled sound and video. But I have a growing body of work that includes multimedia chamber pieces, installations, and even a browser-based installation work.

Many of the fundamental aspects of my work carry over from one art form to another. My work is about layers, and often I use digital delays and samplers to create layered sound performances within immersive layers of projected video. Voice is my primary sonic source, and I rely heavily on the poetic and musical properties of speech sounds—often using fragments of recorded interviews to build text layers. I use these elements in my solo performances, my tape pieces, my installations, and my chamber works.

I explore broad, open-ended topics like memory, or language, and I am constantly balancing my love of being very abstract with a desire to explore concrete subjects—mining them for their richness of related language, sounds, and images. I’m not interested in delivering specific literal messages through my work, but rather in making work that reaches audiences on a visceral and cerebral level.

What got you into sound installation?

Even though my artistic beginnings were rooted in music and sound, I have always been deeply interested in and inspired by visual art. I’ve also always had trouble confining myself to one discipline or approach. I think my first installation piece, or the first one I can remember making, was connected to my sound and performance work “Parts of Speech” in the mid-1990s. I first created “Parts of Speech” as a sound work [for radio]. I then turned it into a theatrical solo performance work with voice and electronics and multi-projection. At some point during the process of making the performance work, an idea came to me to build a multichannel installation in which people would be surrounded by these little hanging books all projecting elements of a text collage made from speech fragments. I also envisioned a piece where meaningless but grammatically correct sentences would be heard with the words corresponding spatially to a sentence diagram on the wall.

Why do you think there are so few women of color making this type of music?

It’s probably a very long and complicated set of reasons, but I suspect they are the same kinds of reasons why you don’t see great numbers of women of color enrolled in fine arts colleges, performing in symphony orchestras or chamber ensembles, showing work in contemporary art museums and galleries, etcetera, etcetera. The fact is, women in general and people of color in general are both less common in these fields already, so when you combine those two demographics, you wind up with even thinner numbers.

I suspect the reasons are a combination of lack of opportunity presented to those groups, and acculturation within them. These genres—the classical music tradition, contemporary classical music, contemporary art, experimental performance, sound art, the avant-garde—are regarded by many as being rooted in the white European culture and, as such, people (Black and white) have come not to expect to find diverse people in those fields. So it becomes kind of a viscous circle. I, myself, notice not only a lack of non-white people in my field, but also in my audiences. I feel as if this is indeed changing.  But it changes slowly.

Have things changed in regards to diversity in your field?

I would certainly admit that the range of fields I work in have long been dominated by white male artists, but it’s interesting how that has been constantly shifting and changing over the years.  Things are much improved in that regard since the time I first started working in this field.  It still has a long way to go, but things are noticeably different today.  It used to be that, if I were selected to appear on a compilation of electroacoustic music, I’d be the only woman on the disc, unless it was one of those “a collection of women composers” type discs.  That isn’t so much the case anymore.  More women are getting the notice and respect they deserve in the field. So that’s good news.  But there’s always room for improvement.

In terms of the racial or ethnic spread, the field has long been dominated by artists of European descent, with a certain Asian contingent, but very few people of African descent. Again, I see this slowly changing, but not to any great degree.

Although the fields of electronic music and music and technology are clearly still male-dominated, one area where women have always had the edge is the practice of combining voice and electronics.  There always have been more women than men who work with live voice combined with electronics. Perhaps it’s due, in part, to the fact that women lead the field of experimental vocal work in general. It’s easy to come up with a list of female voice and electronics artists off the top of my head—Diamanda Galas, Laurie Anderson, Amy X Neuburg, Joan LaBarbara, Maja Ratkje, AGF, as well as me. But it’s more difficult to think of more than one or two men known for doing that. It’s curious.

Have you ever struggled with discrimination in the art world?

I never felt personally discriminated against in the art world. I am fully aware that gender and race have been barriers for many artists over the years and remain so even today, and, I suppose there’s always a chance that this has sometimes happened to me without my being aware of it, but I’ve not been consciously aware of any such impediments to me. I can’t recall having ever been rejected in any situation where there was evidence of gender or race being the reason.

If anything, I can think of many instances in which I was “discriminated toward” in the art world.  That is to say, because of the fact that the experimental music and arts scene has, for many years, been plagued by a kind of curatorial segregation, there are a lot of festivals, exhibitions, and conferences designed to counter that—festivals of women using technology, Afrofuturism, “diaspora artists”, etcetera. And I always get called for these festivals. And because I have often been included on the otherwise white male-dominated events as well, I feel like I’ve often of gotten the long end of the stick.  I suppose I should consider myself lucky that, perhaps because the nature of the work I do, more doors seem to be open to me than closed. I think that the “hard to categorize” nature of my work has oddly worked in my favor.

I sometimes feel uncomfortable about being programmed based on my gender or race, because I don’t look at my work through that lens at all, but I have to understand that the people organizing these things are aiming to equalize opportunities and exposure in the field.

Do you have any advice for young women of color who want to make electronic sound art or experimental music?

I always advise people to make the work they are aching to make, and don’t allow themselves to be held back by stereotypes or expectations around what kind of work they are “supposed to be” making.

Also, don’t underestimate the power of inspiration from existing work.  Go out and see other artists’ work. Regard the work that’s out there with very open eyes and ears, and allow yourself to absorb what it is that is essential to that work—what qualities it has that move you or shake you to your core.

But above all—make work! Don’t just endlessly plan “someday I’d like to make this that or the other.” Just dig in and make things. 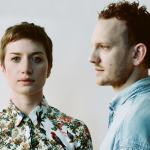