A Girl Has SexThree Cheers for Arya Stark’s Sex Scene 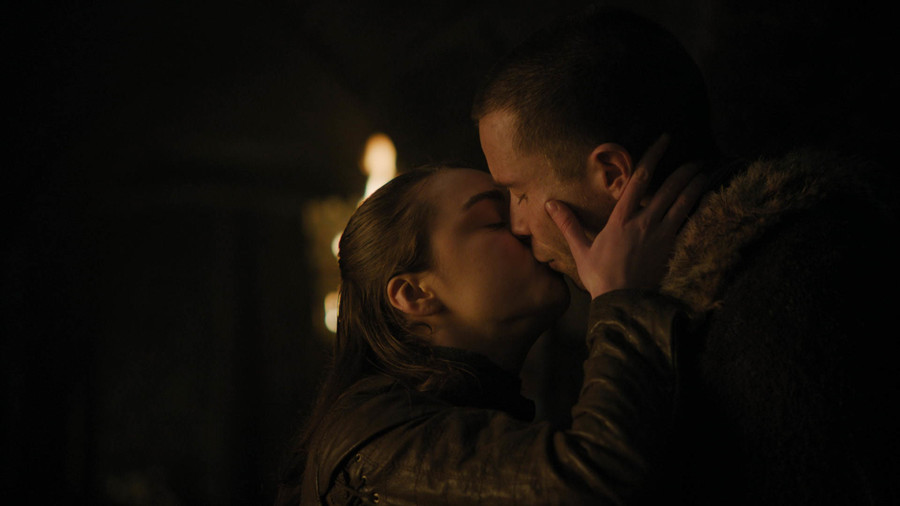 The following is a detailed discussion of plot points from the April 21 episode of Game of Thrones, “A Knight of the Seven Kingdoms,” so yes, spoilers ahead.

By now the entire internet has either seen or heard about last Sunday’s Game of Thrones, the second episode of the series’ final season. (Judging by my Twitter feed, the entire internet was buzzing about the episode no more than seven minutes in, tbh.) The North and its allies are gearing up to battle the Night King and his army of the dead, and the classic calm-before-the-storm setup was the site of several wonderful scenes, but among the most wonderful—second only to the scene that gave the episode its title—was the one in which Arya (Maisie Williams) propositions, and then promptly pounces on, her longtime friend Gendry (Joe Dempsie).

As with everything, the internet’s reaction was mixed. And that’s understandable: When you’ve watched a young girl grow up on your television, it can be jarring to see her suddenly* exerting her sexuality, particularly in such an abrupt, methodical fashion. But the scene was perfectly in line with Arya’s character, a huge step forward in her maturity and growth—and, in many ways, a feminist act.

*It’s been eight years since the show first aired, but HBO recently revisited the entire series over the course of a week in building up to the final premiere. Time is relative.

Arya has been one of GoT’s most beloved characters since the its beginning, fondly revered and remembered as the fierce little girl who rejected “ladylike” norms, idolized her older brothers, and forged a new path for herself as a warrior. But Arya lost most of her innocence when her father lost his head way back in Season 1; and the rest of it disappeared in the aftermath of Season 2’s Red Wedding, where her mother and oldest brother were slaughtered. But though both events killed off—or at least grievously maimed—Arya’s loving, trusting, and playful spirit, Gendry existed for her in the time between them. They met when they fled King’s Landing after the execution of Ned Stark (Sean Bean), both traveling North in a caravan of prisoners and recruits for the Night’s Watch. Gendry became Arya’s friend and confidante—he was the first to recognize that she was a girl in ragtag disguise—and she developed a small, tentative crush on him, evidenced by timid, curious glances.

That crush turned to anger in Season 3, when Gendry decided to join the resistance fighters in the Brotherhood Without Banners. Though the Hound (Rory McCann) becomes Arya’s grudging compatriot and even more grudging mentor, their curt, gruff interactions contain none of the kindness or caring she shared with Gendry. Along with Jon Snow (Kit Harington), the half-brother who recognized and encouraged Arya’s skill with swords, Gendry was one of the scant few people in Arya’s life who accepted her, once and always, exactly as she was. He served as a link to Arya’s vulnerable, human side—the one she worked hard to hide—and their reunion at Winterfell as the show’s final season began makes clear that Gendry still understands Arya.

More than that, he’s impressed by her, wowed by her, enamored of her. Reconnecting with Gendry returns to Arya some of the humanity she discarded in Braavos; it allows her to experience feelings that any regular girl—one who didn’t have to leave her home and her loved ones, witness her father’s death, escape captivity, flee to a foreign place, train as a killer, and enact revenge on those who wronged her family—could expect to. For Arya, who had to stifle so much for so long, realizing what it’s like to appreciate the look of a man as his shirt gapes open enticingly, this is sex positivity writ large.

Unlike so many of GoT’s sex scenes, this one plays out with all the agency on the woman’s side. She makes up her mind about Gendry early in the episode as she admires his blacksmithing, cloaking it in bossy requests for him to make her a custom weapon. When he brings the completed piece to her, she’s taking off her gloves before he even knows anything else is going on. Simply put, Arya has accepted that death is imminent and made a decision about her life with an autonomy rarely afforded to women in the Seven Kingdoms. Whether or not it turns out to be a good decision, whether or not Gendry was all she imagined he would be, the decision was hers alone.

For Arya, who had to stifle so much for so long, realizing what it’s like to appreciate the look of a man as his shirt gapes open enticingly is sex positivity writ large.

Fans have suggested over the years that Arya is a lesbian, and some were surely upset to see the show once again catering to a heteronormative view of the world. But the assumption that women who are tough/strong/athletic/butch are obviously gay is just as reductive as assuming women like Sansa (Sophie Turner)—beautiful, highborn, well-mannered, adept at sewing—can’t become leaders, survivors, and total badasses. But regardless of the show’s acknowledgment and embrace of gay women characters, whether Arya is gay or not is beside the point because she hasn’t explored any sexual feelings before. Her sexual awakening was stunted before it began, so it’s not only possible but plausible that she’d simply never considered options beyond man-woman coupling.

Maybe her contemplative postcoital stare at the end of Sunday’s episode was her doing just that. Maybe she’s gay, or bisexual, or neither. Or maybe she’s a skilled assassin who also happens to dig sexy dudes forging dragonglass weapons. Arya can be anything and anyone—both metaphorically and, thanks to her face-changing abilities, quite literally. Of course, some of the discomfort with the scene stems from Arya’s place in our minds as a child. But Arya has grown into a woman on the show—she’s 18 now—just as Maisie Williams has grown into a woman in real life, and she should be afforded the opportunity to present herself as such. Cringing at a young woman exploring her sexuality because she used to be a child is preposterous. We all used to be children; if we’re lucky, we all grow into adults, and sexual awareness and exploration is a natural and necessary part of that process.

Tut-tutting young women for doing just that infantilizes them in the same way it does to insist a man ask permission of his beloved’s father before he proposes marriage. And at least one Twitter user pointed out that, given Arya’s recent past, this might be the most wholesome thing she’s done in a while. The flip side of that coin is the presumption that any sexual agency in a woman character runs the risk of “oversexualizing” her, that once she’s had sex she becomes a sexual object and nothing more. But anyone who’s ever watched GoT knows that Arya’s sex scene, with its very brief nudity, was among the most tasteful in the show’s history. Arya showed less skin than even most of the male characters who’ve dropped trou over the years (the showrunners let Williams choose how much she felt comfortable baring), and after she refuses to remove Gendry’s clothes for him and they resume kissing, the camera simply cuts away, returning only later—Gendry sound asleep, Arya lost in thought—as the battle outside begins.

There’s still much to come in this final, truncated season (only four episodes remain, but they each promise to be nearly feature film in length), and we don’t know what the future might hold for Arya and Gendry—or if there will be a future at all. As the saying goes, all men must die. But at least we were granted one more milestone in Arya’s extraordinary journey: a much-needed step before the long night to come.

Read this Next: Don’t Hate on Sansa Stark’s Powerful Femininity 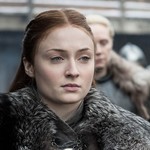 by s.e. smith
The reasons Sansa Stark’s so hated are somewhat bizarre because they’re the very things that make her such a fascinating, strong, and powerful character. 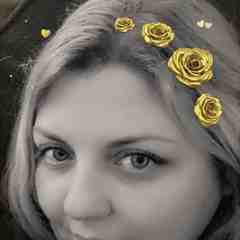 Jessica Daniels is a passionate entertainment consumer, a crazy song mom, and a chick with a lot of opinions. She thinks you've been looking gorgeous lately.