Indian American director Vaishali Sinha quietly shines a spotlight on the wider societal forces that this tough-as-nails non-agenarian is up against. Sex and sexuality are not discussed openly in India; even basic sex education is banned from most classrooms, especially in rural areas. While filming Watsa at a panel discussion, Sinha’s camera notes a sign that reads “53 [percent] of Indian children under 12 years old have experienced sexual abuse.” That’s the majority of the country’s youth population.

Although Watsa does not often address India’s sexual-violence problem in his column, he believes that bringing human sexuality out into the open makes societies better. Still, Sinha doesn’t delve deeper into the culture of India. How did India end up with such a heinous patriarchy—one in which children marry adults and rape victims are blamed for their perpetrators’ crimes?

Watsa is certainly the star of the movie, spending hours answering emailed questions by dictating his wry responses to his young assistant. He appears at conferences surrounded by stylish twenty-somethings and poses for selfies with his mostly female admirers. He also privately counsels the distraught married folks who often show up at his doorstep unannounced, to the chagrin of worried family members. We hear from one gay activist who recalls how Watsa once supported him, but it would have been fascinating to hear from the doctor himself. Unfortunately, his views on homosexual relationships are never discussed in the film.

Both Watsa and his litigious nemesis describe themselves as “drops in the ocean of change.” As the Mumbai Mirror’s editor in chief Meenal Baghel says, “Obscenity, like beauty, lies in the eye of the beholder.” Which way the sexual tide will turn in a country of 1.2 billion is anyone’s guess. 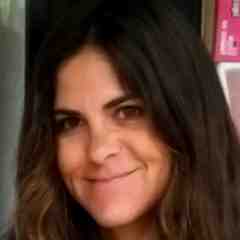 Lauren Wissot is a film critic and journalist, filmmaker and festival programmer, and a contributing editor at Filmmaker magazine. Her writing can also be regularly read at Documentary Magazine, Salon, The Rumpus, and Hammer to Nail. Her book Under My Master’s Wings, a memoir about her time spent as the personal slave to a gay-for-pay stripper, is available from Random House sub-imprint Nexus Books.