"Asking For It" Puts the Focus for Ending Rape Where it Belongs: On Rapists | Bitch Media

“Asking For It” Puts the Focus for Ending Rape Where it Belongs: On Rapists 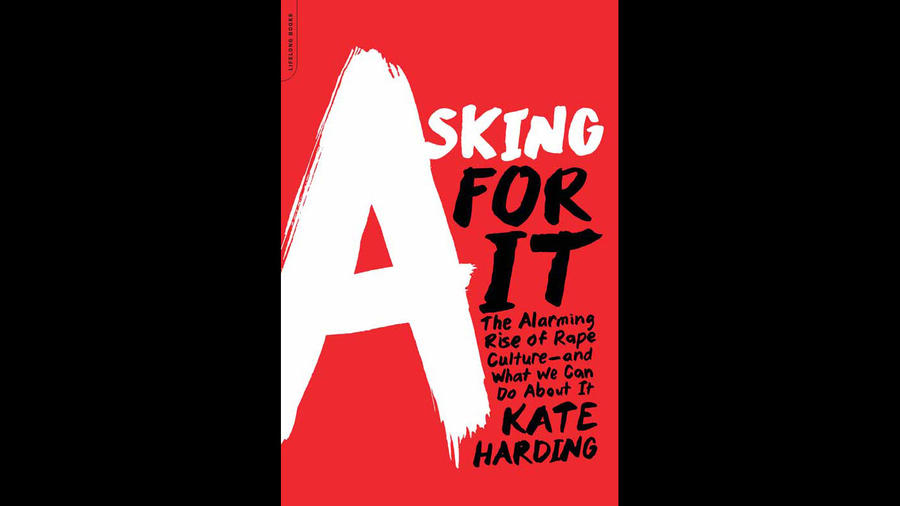 “Rape culture” has become part of our lexicon. But the validity of its use as a descriptor for the state of our entire society is still very much contested. Anti-feminist rhetoric would have you believe “rape culture” is a straw man constructed by misandrists and hypersensitive social justice warriors interested in exaggerating the oppression women face. Even avowed feminists have found themselves cringing at the term. As Kate Harding testifies in her crucial new book Asking For It: The Alarming Rise of Rape Culture—and What We Can Do About It: “It sounds so extreme at first that I confess even I, a proud feminist, initially balked at the term. Rape culture? Isn’t that overstating things just a smidge?”

Luckily for us, Harding got over her initial reluctance to accept the phrase, and in Asking For It, she employs wit, humor, and empathy to explain how Western rape culture works to support rapists and denigrate victims. Asking For It is a guidebook for changing our cultural conversations about rape and responding to those irritating individuals who refuse to believe that sexual violence impacts us all.

Cultural myths about rape and rapists help perpetuate a society where 20 million Americans have been the victims of rape or attempted rape. Harding spends a third of the book debunking these myths and deconstructing the false arguments often advanced when discussing where the responsibility for ending rape lies. Our culture, Harding argues, treats rape like a “perpetratorless crime.” People far too often focus on the role the victim plays in preventing rape rather than the role the rapist plays in, well, not raping. Refusing to center the conversation on the rapists hinders our ability to address rape as a public health issue—if no one is raping, how can it be prevented? As Harding points out, our collective inability to recognize that rape is a crime perpetrated by another living, breathing human being places the responsibility on women by default:

“Rape is presented as an abstract threat to women, the way climate change is a threat to the earth—it’s a frightening specter we all live with, and we must change our behavior in hopes of warding it off, but you can’t really pin it on anyone in particular.”

This attitude contributes to the perception that rape is something other men do—not the guy who’s your friend, neighbor, or family member—which in turn allows rapists to continue doing their thing, unpunished by the law or society.

Harding also focuses on the U.S. justice system’s failings, delving into the misconception that false rape accusations are a Thing. While there are some people who were sent to jail based on false rape accusations, they are extremely few and far between. Harding points out that the folks who lied are not solely to blame for innocent people being sent to jail; our misconceptions about the nature of rape helps explain how far a rape case based on false allegations gets. High-profile examples of women crying wolf, such as Tawana Bradley and the case involving the Duke lacrosse team, were only pursued because the prosecutors and police officers involved ignored red flags and wanted to believe a story that matched our cultural ideals of what a real rape is—the “stranger in a dark alley” type.

Misconceptions on what constitutes a capital-R rape—a “legitimate” rape, if you will—abound in discussions of politics, given the tendency of the media to test the rationality of anti-abortionists by asking them if they believe in exemptions for rape and incest. Harding’s dark humor is on-point when she describes anti-abortionists’ wrong-headed beliefs on women and rape:

“There’s rape, and then there’s rape-rape. Women who are rape-raped don’t deserve to be punished with forty weeks of incubating the product of that assault, followed by the most physically painful experience known to human beings, which also happens to kill several hundred women a year in the United States and causes severe, life-threatening complications in over fifty thousand more. And that’s before you have to either give the baby up for adoption or raise your rapist’s child. But women who were merely ‘raped’? Yeah, they should probably have to endure all that.”

It’s worth noting this is only one of probably 50 passages I could cite from Asking For It that made me nearly die laughing. I never expected to laugh as much as I did at a book with “rape culture” in the title, and despite (or maybe because of) the seriousness of the subject, that laughter was incredibly welcome.

The last section of Asking For It is incredibly prescient given the recent headlines. In the final chapter, Harding analyzes the role pop culture and media play in promoting rape culture. Her discussion of GamerGate, MRAs, and pick-up artists was especially germane to my current internal dialogue about how the Internet facilitates rape culture. Harding writes earlier in the book about men who believe women hold all the power in society, and the relationship that belief might have to condoning rape:

“If one believes women are more powerful than men because we own practically all of the vaginas, then women’s power to withhold consent to sex is the greatest power there is. Which means the guy who can take away a woman’s right to consent is basically a superhero. Right?”

That attitude perfectly describes the trolls of GamerGate, whose rage is so often rooted in rejection and the feeling that the privileges afforded to them as men are being eroded. Harding describes GamerGaters’ stubborn and seemingly irrational misogyny as a form of self-defense:

“The enemy is at the gates, and true defenders of gamer culture are ready to harass and abuse us all into submission—hell, rape and kill us, if they have to—until the war is won.”

Much like the culture of white supremacy in the U.S., rape culture is at times a manifestation of winners fervently believing that they are losing.

If you’re new to feminism and you’re interested in diving deeper into the societal framework that allows for men like Bill Cosby to assault scores of women with impunity, or even if you’re already familiar with the concept of rape culture, Asking For It offers a smart, concise, and surprisingly funny contribution to the dialogue on patriarchy, misogyny, and rape.

Attention Portlanders! Bitch Creative and Editorial Director Andi Zeisler is talking with Kate Harding about her book at Powells City of Books on September 8. 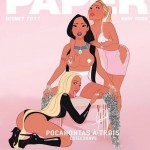