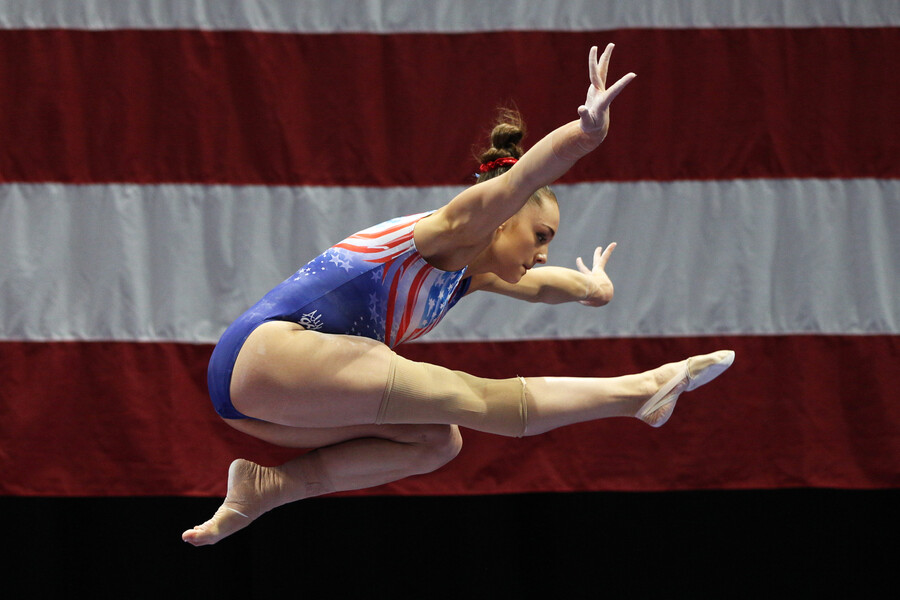 On June 24, Netflix released Athlete A, a documentary from Bonni Cohen and Jon Shenk that joins the plethora of films, podcasts, and TV specials about Larry Nassar, USA Gymnastics (USAG), and the web of journalists who exposed their crimes. Athlete A offers an efficient summary for viewers unfamiliar with the story, beginning with the Indianapolis Star’s award-winning 2016 story about USAG’s policy of not turning complaints of child sexual abuse over to authorities. After three women called the reporters—Olympian Jamie Dantzscher, former gymnast Rachael Denhollander, and three-time rhythmic gymnastics national champion Jessica Howard—to allege that Nassar, the USAG national team doctor, abused them, the IndyStar realized this issue went beyond coaches.

Complaints began pouring in each day from athletes and students at Michigan State University (MSU), where Nassar worked. As investigative journalists at the IndyStar and the Lansing State Journal devoted themselves to uncovering the truth, one family in Minnesota realized that they had been played. Athlete A focuses on two stories: The first is how Nassar built a public image as a family man—he even ran for a position on the Holt, Michigan, school board after USAG officials allowed him to retire under the guise of illness—and how IndyStar worked to counter this narrative. The second thread follows the Nichols family as their daughter, Maggie, goes from being relatively unknown to becoming an internationally renowned gymnast. Nichols, a 2015 world champion gymnast and repeat NCAA champion, once discussed Nassar’s abuse, which he claimed was medical treatment, with two gymnasts at a Karolyi Ranch training camp in June 2015. (They were later revealed to be Olympian Aly Raisman and world champion Alyssa Baumann, the latter of whom is suing the International Gymnastics Federation.)

Nichols’s coach, Sarah Jantzi, overheard the conversation and reported it to Rhonda Faehn, the then-head of the USAG women’s program, who reported it to Steve Penny, the then-president of USAG. Under the direction of Penny, neither Jantzi nor Faehn reported Nassar to authorities. Penny told the Nichols family that discussing the abuse with a lawyer or the media could damage a police investigation and prompt Nassar to tamper with evidence—which both Nassar and Penny did. Penny began harassing Nichols and her parents in the year leading up to the 2016 Rio Olympics, culminating in a deliberate lack of media attention on the family during the Olympic Trials. Although she had torn her meniscus at the Ranch three months before, it’s heavily implied that Penny would’ve left her off the team no matter what; other gymnasts have alleged that Penny had just as much say in who made teams as Bela and Marta Karolyi, the national team coaches.

While it’s undoubtedly admirable that Nichols decided to come forward, especially knowing that Penny and the Karolyis would retaliate and derail her gymnastics career, she didn’t bring Nassar down alone. Though court documents referred to Nichols as “Athlete A,” her complaint, as noted in the film, was not the first against the former doctor: Since 1997, at least two MSU students had reported him for assaulting them. The film does little to explain how Kathie Klages, the former MSU gymnastics coach who was found guilty of lying to police earlier this year, discouraged gymnasts from coming forward and aggressively shamed them if they did. It ultimately took an avalanche of more than 500 victim–survivors, started by Nichols and Denhollander (the latter of whom went to law school in part to build a case against Nassar), to bring the heralded community figure down.

The last 15 minutes of Athlete A emphasize that Nassar was a symptom of a larger problem within USAG and sports culture, but as a whole, it disregards this context in favor of the triumph of the many women and girls (and at least one man, who is not mentioned in the film) who came forward. The film falters because of its neoliberal thesis: By focusing on Nichols as a martyr, Athlete A promotes the idea that systemic change is possible through individual sacrifice and success rather than collective action. We know from the ending, however, that neither Nichols nor criminal prosecutor Angela Povilaitis and MSU police detective Andrea Munford could curb the terror of USAG. Cohen and Shenk present Povilaitis and Munford as good faith actors within the corrupt law enforcement system, a system that many survivors feel cannot or will not support their accusations of assault and that presents them with a one in 50 chance that their abuser will be convicted.

Povilaitis and Munford believed the women who came forward, and Povilaitis set up an unprecedented victim impact statement hearing at which everyone from Dantzscher and Raisman to a 15-year-old dancer who believes she is Nassar’s last victim testified. The footage still feels raw more than two years later, and I’ve cried both times I’ve viewed the film. But I recognize that our nation’s prison system is not a beacon of justice, and that Povilaitis and Munford are outliers in a system set against survivors. Athlete A premiered in the middle of nationwide protests against police brutality with calls to defund and reimagine police departments. The timing of these events can’t be ignored, no matter how much the film wants to praise the actions of two individual legal workers. The documentary also briefly mentions that during the FBI investigation into USAG, Penny attempted to bribe an Indianapolis FBI agent by putting in a good word for him for a high-level security job with the U.S. Olympic Committee.

The best path forward for sexual assault survivors in this country is to defund the police, redirect funds to provide more resources for survivors, and rethink the way we investigate sexual assault.

The film doesn’t mention, however, that Bruce Smith, the former head of the Indianapolis Police’s child abuse unit, worked to protect Penny from a police investigation, and that the rest of the department worked in turn to protect Smith. Athlete A discusses Munford’s actions as though they were independent of the entrenched corruption of MSU, which is still facing lawsuits, settlement disputes, board of trustees’ controversies, and staff changes related to Nassar. The university police department’s assistant chief, Valerie O’Brien—who fumbled a 2014 complaint of Nassar—is the subject of an ongoing Title IX investigation, and has been on paid administrative leave for more than a year. The film also neglects to mention that the police misconduct apparent in the handling of the Nassar case isn’t unique, but is instead indicative of a much larger disease infecting all of law enforcement.

Bowling Green State University frequently publishes studies on police crime and accountability, examining how and why victims of police crime are hesitant to come forward, and how officers fail to hold their colleagues accountable. A 2016 BGSU study found that for officers arrested for any crime between 2005 and 2011, the odds of conviction went down 9.2 percent “for every one step increase in an arrested officer’s rank,” and that officers are more likely to be convicted for drug offenses than they are for domestic violence offenses—even if their victim died from their injuries. Of the officers arrested for sex crimes, 108 had victimized a child age 11 or younger, and sex crimes ranged from forced strip searches to sodomy. A 2015 study by the Associated Press identified 1,000 officers across 41 states who had been fired for sex crimes including rape, assault, and possession of child pornography; an anonymous police chief admitted to Associated Press investigators that it is easier to let an officer resign than to prosecute them.

The study also noted that circumstances differ based on a victim’s race or ethnicity: One Oklahoma City police officer targeted Black women in low-income neighborhoods and raped or assaulted 13 women, including one teenager, while a cop in Florida coerced immigrant men into having sex and threatened to have them deported if they reported the crime. Survivors who want to prosecute their abuser face a nationwide backlog of rape kits and the possibility that police will dismiss, harass, or even further abuse them. For survivors who don’t subscribe to the ideology of the carceral state, there’s almost nowhere to turn. Athlete A fails by framing its survivors’ victory as putting Nassar behind bars, rather than starting a conversation on child abuse, forcing two major organizations to institute child welfare reforms, and holding their feet to the fire when those reforms routinely prove lackluster.

As a gymnastics fan who’s been following the USAG situation for years, the documentary didn’t teach me anything I didn’t already know. But it did remind me that the best path forward for sexual assault survivors in this country is to defund the police, redirect funds to provide more resources for survivors, and rethink the way we investigate sexual assault. We know that one bad apple doesn’t just spoil the barrel—it points to a web of cover-ups and protections. Nassar wasn’t just the bad apple of USAG, but one of the many abusers across multiple sports governing bodies nationwide; and getting rid of one crooked doctor or one crooked cop only puts a Band-Aid on a gunshot wound. Change doesn’t come from one person alone, but from consistent pressure, direct action, and community-wide demands of accountability. 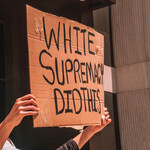 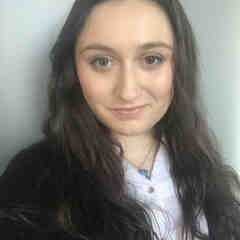 Amelia Merrill is a New York-based journalist and theatre artist originally from Baltimore, Maryland. She is a contributing writer at AwardsWatch.com.