We All Gotta Eat“Atlanta” and the Illusive Boundaries of Fame

Michael B. Jordan was famous before he was rich. He appeared as Wallace in The Wire, HBO’s beloved hour-long drama, and Reggie Porter Montgomery on All My Children. But when he moved from Newark, New Jersey, to Los Angeles, California, he realized that facial recognition didn’t equal financial stability. “It was tough,” he told journalist Kevin Powell for the February issue of British GQ. “I was working, but I wasn’t working enough. I would doubt and hope and get nervous. Right when I was getting ready to give up, there was something that would keep me [in Los Angeles] for a little bit longer.”

Back then, Jordan, who has starred in three major films since 2013, slept on a friend’s couch and applied to work at Jack in the Box because he wasn’t sure he could afford to stay in Los Angeles. That invisible grind—working, struggling, and barely making it in order to become an overnight sensation—is the classic survival story we usually hear about in hip-hop songs. Jay-Z has shared that story. Sean “Diddy” Combs has shared that story. And now, Atlanta, FX’s critically acclaimed drama/comedy/purposefully-unable-to-be-categorized show, is laying bare that often-overlooked struggle. This season, the journey toward stardom and wealth makes the show’s characters both recognizable because we’ve heard their stories before, and also very unfamiliar because we’ve rarely seen these kinds of hardships made so clear.

Alfred (Brian Tyree Henry) is ascending in the rap game after the success of “Paper Boi,” an underground single named after the rapper himself with a hook that can be easily memorized and regurgitated, and Earn (Donald Glover), his Princeton-dropout cousin who literally bounces from couch to couch, wants to manage him. While the first season closely followed their grind as Alfred accrues fame, the second season, which is aptly subtitled “Robbin’ Season,” shows the downside of having recognition before wealth. 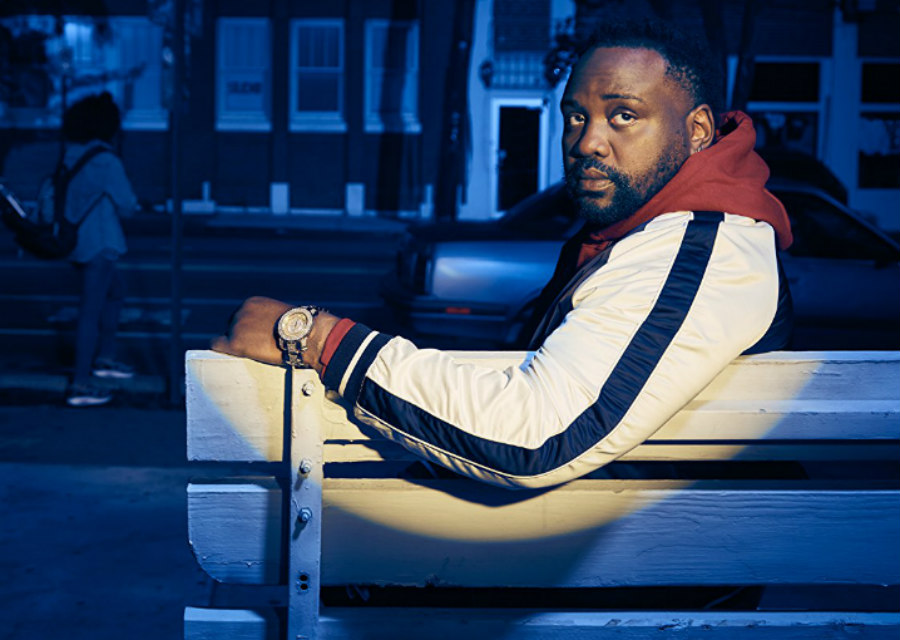 Alfred is on the verge of stardom, but he isn’t a star: He doesn’t have a record or streaming deal. He still splits the rent and bills with his roommate, Darius (LaKeith Stanfield), and a percentage of his income still comes from selling drugs. Yet the people who admire Paper Boi and see Paper Boi as someone with something worth taking, can’t see Alfred’s struggle. Alfred’s far from successful, but his face is recognizable, creating an illusion of who he is and what he has. Alfred becomes invisible because a person’s humanity is disregarded when they’re thought to have moved into a new tax bracket.

Nowhere is that more evident than at the beginning of “Sportin’ Waves,” the second episode of the season season. Alfred slips into the backseat of his drug supplier’s car and sinks into his seat so that people won’t see him and wonder why he’s there with a bookbag full of cash. He’s there to re-up on his supply, as he’s done quite often over the past 10 years working with this specific plug. Instead of exchanging cash for drugs, however, Alfred finds himself on the other end of his drug supplier’s gun.

“Ay, my fault,” the drug dealer says before robbing Alfred. Though they’ve known each other for so long, he no longer sees Alfred. He, and everybody in Alfred’s life, only see him as Paper Boi. He thinks Paper Boi will be able to recuperate the money through his music. “I ain’t making no money off that fucking song,” Alfred tells his drug dealer. His drug-dealer-turned-robber doesn’t believe him, but is still cordial throughout the robbery. “Tell [your roommate, Darius] I said hi,” the drug dealer says before driving off. He doesn’t want to rob someone he’s worked with for so long, but everybody’s gotta eat, right?

That opening scene is dark, an intentional reflection of the period before wealth actually meets fame. Atlanta, a city full of aspiring rappers and rap legends, is the perfect place to that tell story. As one of the show’s executive producers, Stephen Glover, said during a Television Critics Association panel in January, robberies increase in Atlanta (and other cities) during the holiday season because everybody’s trying to feed themselves and their families. “You might get your package stolen off your front porch,” Glover said. “While we were there, my neighbor got her car stolen from her driveway. It’s a very tense and desperate time. Our characters are in a desperate transition from their old lives to where they’re headed now. And robbin’ season is a metaphor to where we are now.” 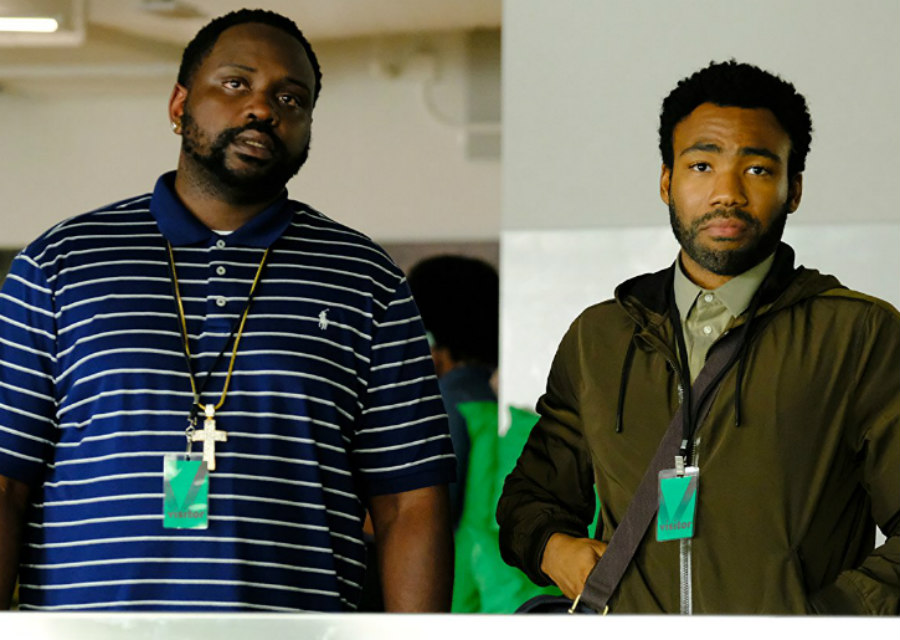 What happens when your face becomes currency that you can’t benefit from? Alfred’s learning the cost of fame, and so are those around him. Throughout the season, he’s continually robbed of his privacy. When Alfred and Darius meet with another potential weed connect, he immediately puts them on Instagram with the hashtag #igotthatpaper while claiming that he wasn’t photographing them. Another drug dealer, who happens to be white, is willing to give him free weed in exchange for a picture. He’s also losing the ability to belong only to himself. Alfred belongs to himself and opens up to those he loves. Paper Boi, on the other hand, belongs to everybody. He belongs to the white drug dealer, the white drug dealer’s girlfriend who puts him in a group chat without his permission, and even to a room full of “woke” white folks at a Spotify-esque startup who want to help him monetize his music through their streaming platform.

“Everybody calls me 35 Savage because I’m 35,” says Peter Savage, who’s in charge of music outreach at Fresh, a platform that will allow Paper Boi to “grow his reach.” Every person at Fresh, with the exception of one, is white—and they’re the gatekeepers of music. They want to market Paper Boi’s “cool,” but only if he’s willing to follow their rules. He has to change his voice to record drops, or those, “Hey, I’m this celebrity, and you’re listening to…” messages that pop up every once in a while on Pandora and Spotify. And he has to perform music for them, but Alfred decides to walk out of the room rather than put on a code-switched performance for people who willfully misunderstand him and what he aims to represent. Alfred doesn’t want to be a caricature of a rapper. He wants to be himself.

Fame seeps into relationships, altering them as one person achieves notoriety while the other person must sink into their outsized shadow. Take Darius and Alfred, for instance. An unspoken riff has them tip-toeing around each other, though they share the same home. By the end of the second season premiere, they’re back on speaking terms after sharing a blunt, but they never discuss what caused their conflict. It’s understood that Darius is Alfred’s sidekick, so his job is to stay in his famous friend’s good graces—no matter the cost. Earn also learns this from his uncle Willy (Katt Williams), better known as the “alligator man,” who tells him that “family is business” and that going into business with Alfred will destroy their relationship. “I’m not scared of Al leaving me. He doesn’t need me anymore,” Earn tells Willy. “He’s kind of a big deal.”

Success has entrapped all of those in Paper Boi’s orbit, Alfred included, and everybody’s getting robbed. It’s unclear if the skies will ever clear for Atlanta Robbin’ Season’s core characters, but nobody will leave this season with their full humanity intact.