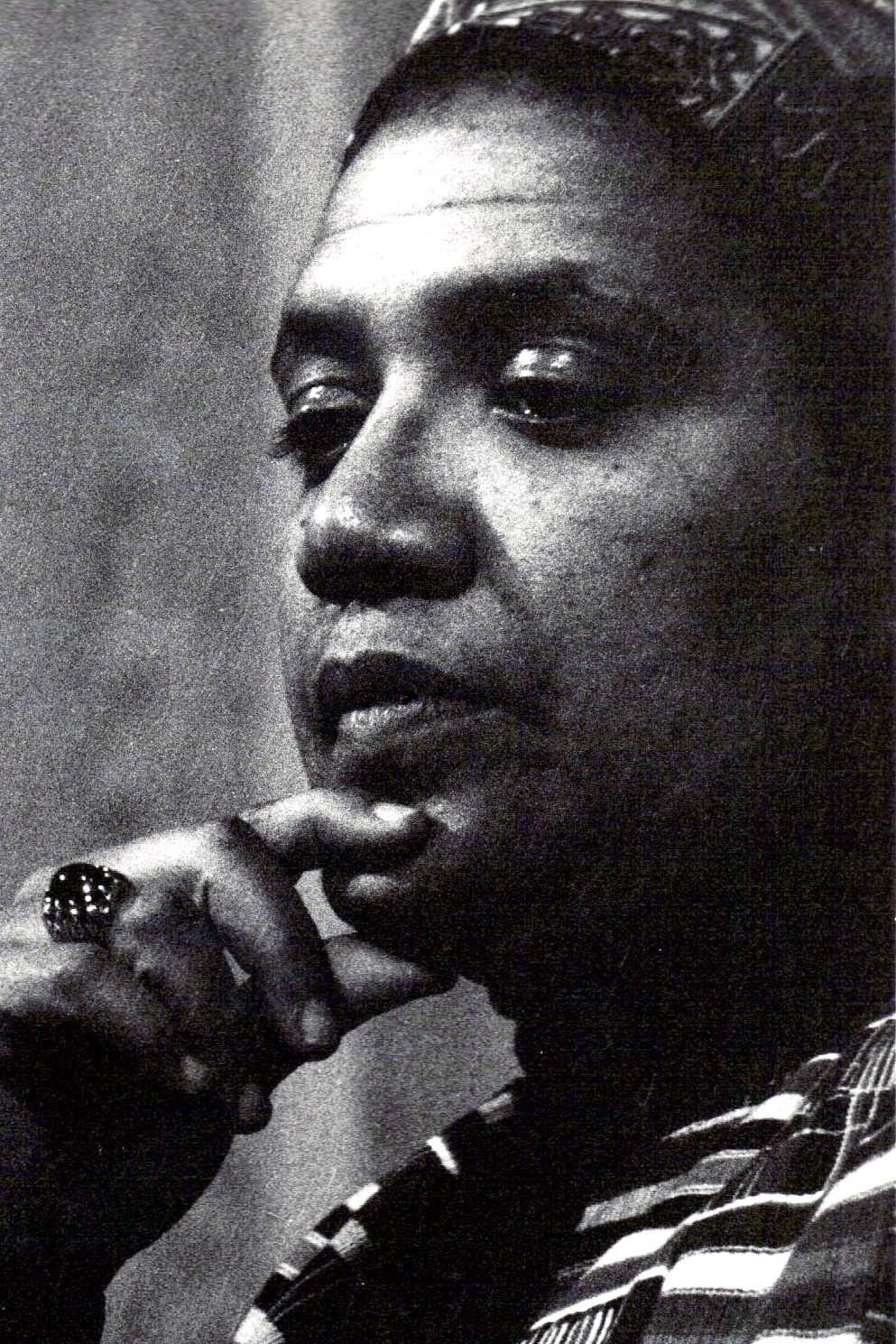 When I don’t know what to do, I turn to the Lorde. And right now, a lot of us don’t know what to do. It’s Audre Lorde’s birthday on February 18th and American Nazis have major political power and are using it to terrorize the most vulnerable members of our communities. If it would be enough, I would just tweet “Praise the Lorde, punch a Nazi,” but I am capable of more nuance than that. Especially because of my research on how Audre Lorde actually dealt with Nazis during her life.

Audre Lorde had to become an expert on late-20th-century Nazis, not only because of the daily white supremacist context in which she raised her children in Staten Island, New York, not only because of the apartheid conditions she faced as a child trying to buy ice cream in the U.S. capitol, not only because she taught police officers with loaded weapons in her classroom at John Jay College. (And some John Jay students, like Thomas Shea, went on to be acquitted for murdering unarmed children of color in New York City.) In addition to all of that, Lorde spent a significant portion of her later life living in Germany and responding to government-sanctioned violence by self-identified neo-Nazis. And she wrote about it.

In a letter to her friend, fellow poet and lesbian feminist activist Adrienne Rich, Lorde called the situation in Germany in the early 1990s “a nightmare.” In response to racist, anti-immigrant violence in the streets and in the legislature, and as a Black lesbian fighting cancer who was in Germany in order to get medical access to save her own life,  Lorde tried to use every piece of privilege she had. She used her status as an American and as an internationally recognized writer to raise awareness about the persistence of Nazism in Germany and spoke about it publically during many lectures. She also wrote open letters to elected officials, including Helmut Kohl, the chancellor of Germany at the time, threatening to go on a worldwide speaking tour denouncing the German government for its fascist tendencies.

Ultimately, though, she placed her faith in the people who should not be complacent, the people with people power, the people like most of you reading this. Here is what she said in her letter to Rich:

“The only real hope is the growing horror of groups of people like the healing practitioners, the small publishers, the social workers, women’s groups etc”

But she lamented how slow to action these (mostly white) people were to work together to craft an effective response:

“it takes a lot to galvanize them because in many cases they really do not believe their own history.”

By “their own history,” Lorde meant the relatively recent Nazi Holocaust. She was surprised again and again by the white German desire to believe that these incidents of racist violence, in the streets and the legislature, were somehow separate from the wide-scale use of death camps and the internment and murder of millions of adults and children based on religion, race, nationality, gender, sexuality, and culture that really happened and could happen again because of the persistence of racist nationalism in Germany.

So, in the name of the Lorde, do we believe in our own history?

My gift to you for Audre Lorde’s birthday is an alphabetical oracle I made from a poem she wrote about Nazi violence in Germany called “East Berlin” (published in her last collection of poems, The Marvelous Arithmetics of Distance). I collected the words based on the letter they start with in the order they appear in the poem. I excluded the proper nouns so we could focus on this historical and geographic space. You can read the rest of the oracle here, but let’s start with A, B, C, and V.

The United States also has an ongoing history of Indigenous genocide, internment, imprisonment, forced labor, racial violence linked to the rhetoric of borders. Religion, race, nationality, gender, and sexuality are exactly the ideas being used in recent executive orders and in the laws proposed and passed by right-wing Republicans. These orders and laws are creating a structure that could lead to mass death and are building on the existing historical systemic forms of oppression along the lines of race, immigration status, gender, and sexuality that already lead to death.

What does it mean for the most privileged among us to acknowledge how their understanding of reality is directly linked to a willful disbelief in the implications of the uninterrupted history of white supremacy? Do the white people who are right now comforting themselves with ideas of checks and balances and trying to bolster their faith in U.S. law to regulate imbalances truly believe there is a limit to what an entitled violent white man will do when backed by a greedy willingness to sacrifice life for profit? Do liberal white women and LGBTQ folks believe they or their children are physically safe in the homes of other white people who will tolerate a blatantly racist, lying rapist in a position of power because their distrust for white women is stronger, or because their healthcare bill was high? This is the delusional disbelief in “their own history” Lorde was talking about.

History shows there is no limit to what white supremacist power will do. Even to so-called white people. And we don’t have to look that far back to see the impact of white supremacist rhetoric and law-making on the masses of people in the United States. Just look at how white people voted away their own social safety nets, supporting the gutting of social programs and giving leeway to corporations to chip away at the rights of workers. This lead to the forms of economic precarity that characterize 99 percent of our lives today, all because of racist stories from Republican and Democratic legislators and cabinet members about so-called welfare queens and sob sisters  in the 80s and 90s. White people dismantled social safety nets  that mostly served white people (and, in fact, that as recently as the mid-20th century, only served white people) because they imagined the laws would only hurt Black people. And they were wrong. And any of us who believe these executive orders and repressive laws will only hurt other people are deluding ourselves. Anything said by Donald Trump can and will be used against YOU. In celebration of Audre Lorde’s birthday, white folks reading this, give us this gift: Support each other in diverting the collective energy spent ignoring the very clear implications of white American history to supporting the generations-long responses crafted by the people of color who could never afford to ignore that history.

And on that note, what would it mean for Black and indigenous communities and communities of color to remember our history in all its queerness and resourceful genius? What would it mean for those of us Lorde places her hope in—the healers, the grassroots organizers, the small publishers, the community accountable artists and scholars—to remember that we have always been here? To remember our shared and distinct histories of resilience in the face of nonstop white supremacy? I call on those of us who feel powerless right now to remember our history, to believe our history, and to call up those strategies that a whitewashed form of historical education tried to pretend never happened. Call on the sex-worker strategies, the Indigenous victories, the maroon refusals that are also our history. Believe in each other and ourselves as repositories of magic that worked, because look, here we are despite everything.

Tomorrow, on February 18 in South Seattle, Leah Lakshmi-Piepzna Samarasinha and I are creating a facilitated day-long retreat for QTPOC. It will be informed by crip-survival practices and dedicated to drawing on the lessons of our ancestors as far as seven generations back and activating them with the urgency our chosen descendents seven generations into the future need in order to even exist. Tonight, in the tradition of living room, warriors poet and scholar Bettina Judd is hosting a Black resilience salon in her living room, featuring my poetry, so we can remember the spaces of love and protection that make us possible. People of color, believe in our history and our survival despite history. That too is a gift.

It’s Audre Lorde’s birthday. And we live in times where you might have to punch a Nazi to save your own life. And it may be that we will have to come together in ways that Lorde never imagined, but without facing and reclaiming our history, we won’t have what we need to overcome this new and recurring fascist moment. It’s a birthday party called “face our history,” even and especially the parts that scare us, that we may transform fear into creativity, love, and action. 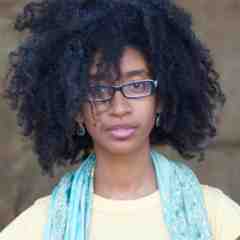 Alexis Pauline Gumbs is the author of Spill: Scenes of Black Feminist Fugitivity and coeditor of Revolutionary Mothering: Love on the Front Lines. Alexis was the first scholar to research in Audre Lorde’s papers at Spelman College and is the founder of the School of Our Lorde, the first community night school offering of a multiversity called Eternal Summer of the Black Feminist Mind. Alexis has published widely on Lorde’s life and legacy and the topics of mothering, survival and caribbean diasporic poetics. You can read Alexis’s work on Lorde in Feminist Studies, The Journal of Lesbian Studies, The Feminist Wire, Feminist Collections, Gender Forum and other journals. She also has chapters about Audre Lorde’s work in edited collections, including Make Your Own History, Mothering in Hip Hop Culture, Laboring Positions: Black Women Mothering and the Academy, The Imperial University, Audre Lorde’s Transnational Legacies and The Wind Is Spirit: A Bio-Anthology of Audre Lorde. 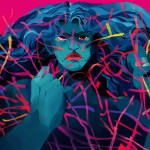