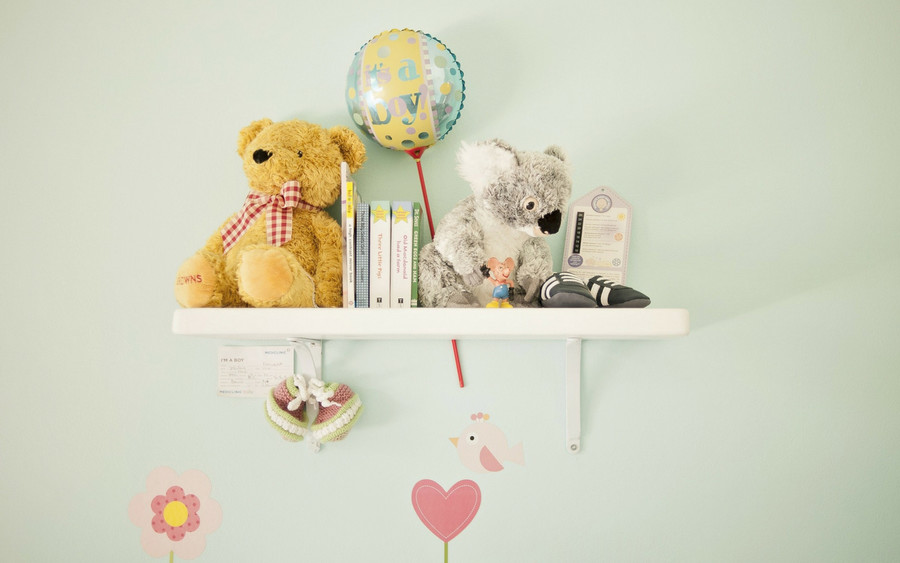 On the night I went into labor with my first child, my husband and I hadn’t bought so much as a single onesie in preparation for the big day. We knew where we were going to put the crib, but that, too, had yet to be purchased—along with blankets, diapers, pacifiers, and everything else a newborn needs. This wasn’t just because I unexpectedly went into labor six weeks earlier than expected. It was also because our specific sect of Orthodox Judaism discourages pregnant couples from “inviting the gaze of the Evil Eye” by making anything but the most essential preparations for an impending birth, a custom that likely developed during a time when infant (and mother) mortality rates were much higher, in general, than they are in America today.

Some people (mostly members of my family who were eager to help us materially prepare for our impending arrival) found this custom strange, but it actually worked for us: Pregnancy, to me, felt separate from parenthood. I didn’t have a baby yet, and until I did, it felt strange to have baby “things” around my home. In some ways, making practical preparations for the arrival of a new baby is a natural instinct: It’s called “nesting,” and many, but not all, pregnant people experience the urge in some form. Practically speaking, having your nursery or other designated space in working order can save you the headache of running around trying to find the right crib or finding an online store that will ship a case of diapers overnight. But in the United States, retailers and consumers alike have pushed well beyond these natural instincts.

From online registries to baby showers (sometimes more than one per pregnancy) to the recent rise of gender-reveal parties and viral stunts, Americans are celebrating our pregnancies more—and more often—than ever before. It makes economic sense for businesses to support a robust baby-on-the-way industry: Millennials are having fewer babies than previous generations, so  profit-focused companies need more ways to extract their baby-focused dollars. But apart from the oft-discussed complications of gender-reveal parties in a time when the notion of gender itself has been opened to healthy reexamination, there’s a set of insidious side effects to all these celebrations. Showers and gender-reveal parties may be, for some, an innocuous and even joyful way to celebrate the arrival of a new child. But they also reinforce a dangerous narrative perpetuated by anti-choice groups—one that argues not only that life begins at conception, but that a pregnancy is the equivalent of an actual living baby.

It’s an argument that’s neither supported by medical fact nor an emotional reality for many pregnant people, even those who intend to carry their pregnancy to term. When between 10 and 20 percent of known pregnancies end in miscarriage, it’s reasonable to not think of a fetus as a baby until late into its development. It’s a huge reason why waiting until after the first trimester (when 80 percent of miscarriages occur) to announce is such a long-held tradition across cultures, in addition to its practicality as a safeguard against pregnancy discrimination in employment and schooling. Beyond that, personal reactions to pregnancy can be surprising and unexpected. I know of many mothers, myself included, who never experience that loving feeling toward their pregnancies, who move through pregnancy with a sense of wonder, perhaps—but also with frustration, discomfort, and alienation from their own bodies and the entities growing within them.

When my first began to jab at my ribs with its tiny fists and push my organs to the side to make room for its growing body, I was mystified, irritated, and more than a little bit uncomfortable. I didn’t think of the thing growing inside me as a person; I thought of it as the process I—and it—had to go through to ultimately create a person. (Jewish law, which holds that a fetus is part of the mother and not a living entity in and of itself, validated my experience.) And when, in my seventh month, I began to experience the effects of a rare liver disease that caused painful itching all over my body, I wasn’t exactly inclined to think of my pregnancy as a precious gift from heaven. I had a hunch that I would love my baby once I held it in my arms (spoiler: I did), but until then, I honestly wasn’t a huge fan.

But there’s an even broader, more overtly political issue at play in the increased focus on pre-birth celebrations and preparations. As a vocal minority in our country remains openly hostile toward reproductive rights and automony, pushing the narrative that a pregnancy is equivalent to a baby increases the stigma around abortion for anyone who chooses—or medically needs—to terminate a pregnancy. In June, lawmakers in North Dakota attempted to force doctors to tell all people seeking abortions that the procedure “will terminate the life of a whole, separate, unique, living human being.” (The American Medical Association sued the state, and the complaint is now under review.) Such overreaches in legislatures and courts all across America attempt to use a subjective emotional perception of when life begins to punish and emotionally terrorize people who choose to have abortions.

There’s a set of insidious side effects to all these celebrations.

These bad-faith arguments also bolster another false narrative—the one that casts people who get abortions as heartless, remorseless, cruel, uncaring, baby-hating humans. The majority of people who have abortions in the United States have already given birth to at least one child, meaning that they know full well the joys (and pains) of pregnancy and parenting. Their choice to terminate that specific pregnancy is likely one made with thought and care, both for their own well-being and the well-being of their families. Having an abortion can sometimes be a heartbreaking decision and sometimes a relief, but it should never be equated with a lack of concern or love, or flippantly compared to taking the life of a living human being.

Are baby showers and gender-reveal parties really the problem? Maybe not. (Though gender-reveal parties may well be contributing to it.) But I believe that, as an industry, they can contribute to these harmful views around pregnancy. At their core, they are ways for a pregnant person to share their excitement with those they love, help prepare siblings for a new member of the family, and get a little help with what is a serious financial investment. I’ve enjoyed celebrating many friends’ pregnancies at their showers, though I could definitely do without ever playing the “guess what chocolate bar was melted into this diaper” game. But in a world dominated by Pinterest, Instagram, vision boards, and the “pics or it didn’t happen” mantra, the pressure to celebrate in such a prescriptive way can force people into a relationship with their pregnancy that they don’t naturally feel—and cause them to feel like failures before they even officially become parents. And reinforcing an assumption that pregnancies are simply babies-in-waiting hurts our ability to advocate for the kinds of robust reproductive rights protections every person deserves.

When I chose to forego pre-baby parties and purchases, my non-religious extended family accepted my choice as a quirk of my newly increased religious practice. But I would love for every pregnant person in America to be able to choose how they want to experience their pregnancies without added pressure from social media, capitalism’s rampant commodification of every milestone in our lives, and the minority of American citizens and politicians hell-bent on literally changing the definition of personhood to suit their punitive, anti-abortion agenda. The ways we prepare for and celebrate pregnancy, childbirth, and parenting should be as varied as the ways in which we experience them, and no one should be made to feel unloving or less-than for having a relationship with pregnancy that doesn’t fit a predetermined mold. In the end, what babies need most is healthy parents who love them, and who have the encouragement and resources necessary to experience each pregnancy in a way that works for them.

Read this Next: Pistols or Pearls 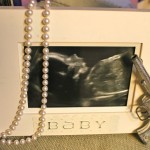