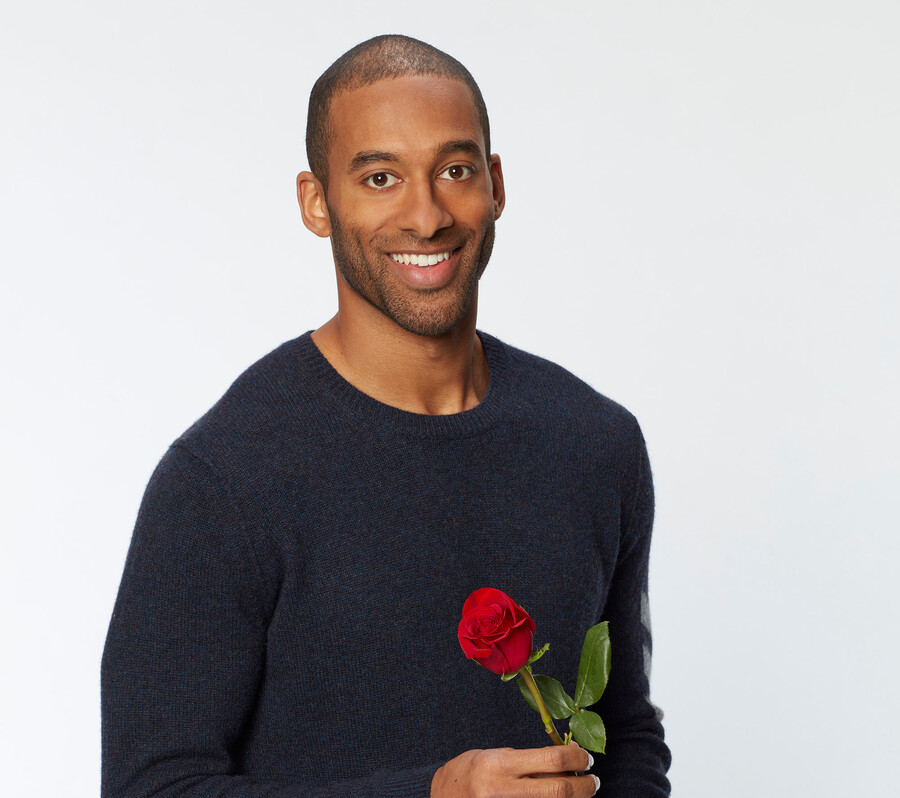 On June 12, ABC announced that Matt James would be Season 25’s Bachelor, making James the first Black Bachelor in the franchise’s decades-long history. But the news has created some pause, especially given our current political climate: Though the Bachelor franchise has been painfully silent about George Floyd’s May 25 murder and the subsequent uprising, its fans haven’t condemned the franchise for being complicit in anti-Blackness and have instead organized a separate campaign to push for change. Former Bachelor reporter Brett S. Vergara and the franchise’s first Black lead Rachel Lindsay have spearheaded the “Campaign for Anti-Racism in the Bachelor Franchise” to implore the Bachelor franchise to diversify its cast, crew, and the stories they tell.

Within a week of launching the campaign, the franchise did exactly what Lindsay explicitly advised against: cast James as its first Black Bachelor and seemingly washed its hands of racism. Lindsay lambasted the decision, called it “reactionary,” compared the decision to the “black box” Instagram trend, and criticized the franchise for James’s rushed rollout. Notably, the majority of Bachelor Nation isn’t familiar with James. He was originally cast for Clare Crawley’s upcoming Bachelorette season, but after Friday’s announcement, Crawley said the franchise didn’t even inform her of its decision—indicating just how rushed it was. Good Morning America’s announcement addressed this issue by proclaiming that James is relevant because he’s associated with two popular Bachelor alumni.

The moment James’s face appeared onscreen, Good Morning America immediately flashed images of his white mother, which felt almost like a not-so-subtle nudge to their white audience base; their fans need to know James is palatable and he’s safe. He’s Black, but not that Black. At the time of publication, the franchise’s largest Twitter and Instagram handle, @BachelorABC, still has not released a statement of wrongdoing like Lindsay advised. Instead, random people on social media and a wide range of publications have been forced to find comments from Bachelor and ABC executives. One could infer that the franchise is unwilling to share a single comprehensive statement because it doesn’t want to definitively declare what they stand for; perhaps they’re afraid to alienate a part of their base. But to disregard fans’ anti-racist campaign is to disregard nearly 100,000 fans who are pleading for genuine, substantial change, rather than a Band-Aid solution that does little more than offer brief, good PR for the franchise itself.

The Bachelor franchise survives in the streaming age because it coddles white fragility. White people across the United States want to be soothed into the misguided notion that the country hasn’t changed too much, and the franchise has largely played into that desire. The franchise, which also includes the Bachelorette, has only cast one Black lead in 18 years and 40 seasons, and because of the audience’s expectation, Lindsay endured endless racism from the show’s fans. Though the franchise diversified the crew who worked on Lindsay’s season, they still cast a literal racist who goaded Black contestants and portrayed Lindsay as an angry Black woman. (The diverse staff hired for Lindsay’s season disappeared after production wrapped.)

Somehow though, Lindsay’s still the show’s unofficial Black spokesperson. In the last week, Lindsay’s spoken on six different podcasts about race and representation; it’s almost as if she’s on a press tour on behalf of Black people. There are other Black members of Bachelor Nation speaking out, but the majority of them don’t have large followings like many white contestants do. Popular white alumni—who were never even leads—garner million-plus followings. Lindsay’s Instagram has yet to meet the million mark, a threshold that recent contestant, Madison Prewitt, who is white, passed swiftly. After Lindsay, former contestant Tayshia Adams has the second-highest Instagram following for a Black cast member at 782,000, followed by Mike Johnson at 659,000. Black Bachelor contestants don’t receive the same support, or even the same brand deals, as their white counterparts. And it’s apparent.

On “Women Tell All,” a season-ending staple where women contestants sit with the Bachelor himself to air grievances and feed into the drama-mill, producers decided to take things to the next level and delve into a more serious topic: In a pause from the usual festivities, Lindsay appeared onstage to address “online hate and harassment” in the Bachelor equivalent of an after-school special. Evidently (and rightfully) triggered, Lindsay teared up while reading hate speech and racial slurs fans wrote to contestants online. The camera repeatedly panned to emotional Black contestants as Lindsay read the comments. However, the segment didn’t address their racist fans outright. Host Chris Harrison used the blanket terms “hate” and “bullying” in place of the actual issue: racism. How can Bachelor Nation respect Black people when the franchise triggers, uses, and abuses its Black alumni? How can Bachelor Nation know the franchise condemns their racist actions when its host won’t even say the word racism on camera? Only an apathetic franchise can breed and enable racist fans.

For The Bachelor franchise to virtue signal by casting its first Black Bachelor and expect a pat on the back for it during a pandemic, a recession, and a social awakening is completely absurd.

And yet, in a 2018 interview with Quartz, the Bachelor creator Mike Fleiss said he was “disturbed” that Lindsay’s season received such low ratings and he was shocked that his audience appeared “Trumpish.” But Fleiss shouldn’t be surprised: After all, he’s conditioned his audience to watch only white people fall in love for more than a decade. Time and time again, the franchise chooses to satisfy its base, even if that includes protecting racists and exploiting Black women. (Most recently, the franchise ignored the controversy surrounding recent Bachelor contestant, Victoria Fuller, appearing in a White Lives Matter campaign.) So it’s unsurprising that when Hannah Brown, the most-followed Bachelorette in Bachelor history, said the n-word on Instagram Live, members of Bachelor Nation flocked to excuse her poor choice.

Amid the controversy, Lindsay reached out to Brown to encourage her to do the right thing, repeatedly coached Brown through her decision through phone and text, and encouraged Brown to apologize on Instagram Live. According to Lindsay, Brown admitted the statement her team drafted was “insincere” and professed, “God had wanted her to use her platform for a bigger purpose.” Ultimately, Brown posted a statement on her Instagram Story. Within 24 hours her apology was gone into the ether; it appears she chose to follow her self-interest over following God’s “purpose” for her. After Brown took advantage of Lindsay’s emotional labor, Lindsay still went on Instagram Live to educate Bachelor Nation about why non-Black people saying the n-word is wrong—something Brown was too meek to do. On her Instagram Live, Lindsay clarified, “Let me just say it, when you’re bold enough to say the [n-word] on your platform, then you need to be bold enough to use your face on camera and apologize in the same way you said the word.” Lindsay concluded, “I am personally hurt and offended that I gave someone the opportunity to do that and it wasn’t done.”

How Brown responded to her wrongdoings and the franchise responded to its shortcomings indicates their true character: They never cared about Black people. If they cared about Black people then they’d listen to Lindsay as she repeatedly advised both Brown and the franchise on how to right their wrongs. No one listened to her. Since the Bachelor and the Bachelorette’s 2012 class-action lawsuit, a cause for diverse representation kept presenting itself to the franchise, season after season. Now, we’re handed James and told to be grateful. But for The Bachelor franchise to virtue signal by casting its first Black Bachelor and expect a pat on the back for it during a pandemic, a recession, and a social awakening is completely absurd, and entirely on-brand. The franchise is a business first, perpetually stuck in the profitability stage of their organization, and unable to understand how social responsibility is central to branding.

For members of Bachelor Nation to ban together to demand change from The Bachelor franchise—after weeks of silence—proves how much the franchise never cared about social responsibility and Black lives. It only cares about its bottom line. Instead of begging for change from a franchise that never cared about Black people and only cast its first Black Bachelor as a reaction to Floyd’s murder, maybe we should quit them altogether. While of course, it would be lovely to support James and his “journey to find love,” we as a society have outgrown systems and franchises like the Bachelor— that reinforce binaries, perpetuate prejudice, and repeatedly fail us.

Read this Next: The Pleasure Dome: Why Can’t I Give Up the “Bachelor/Bachelorette” Franchise? 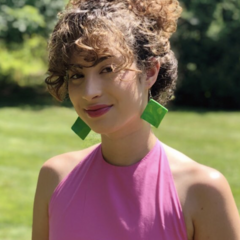