On “The Bachelor,” Women Labor for Love—But Don’t Dare Call it Sex Work 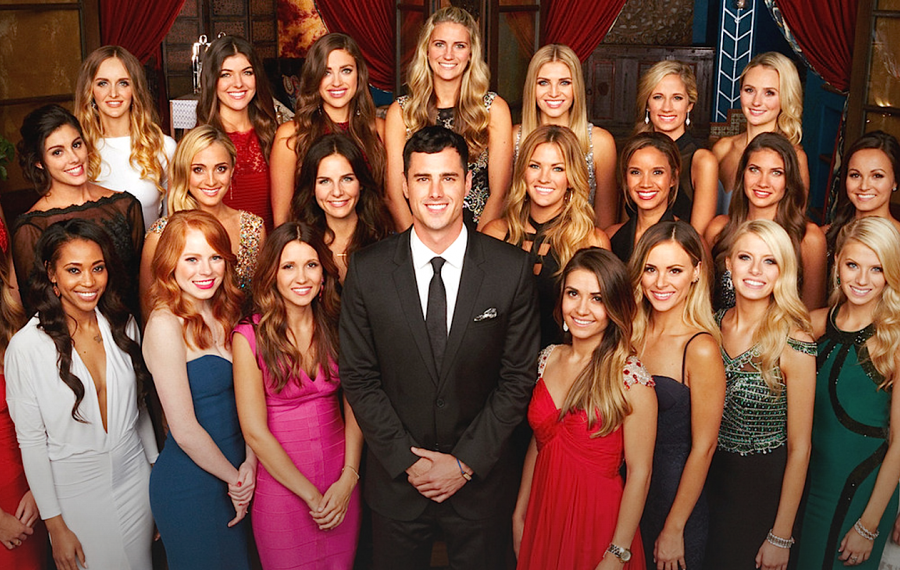 The eerily uniform cast of The Bachelor’s 20th season. Photo from ABC.

Last month, the 20th season of The Bachelor premiered on ABC. Since its inception in 2002, The Bachelor has become one of the most successful and long-running reality television franchises, prompting eleven seasons of the spinoff, The Bachelorette, as well as the spin-offs The Bachelor Pad and Bachelor in Paradise. Love it or hate it, The Bachelor is a cultural force.

The Bachelor spans approximately two months as one eligible bachelor (this season, it’s software engineer Ben Higgins) dates twenty-five young women, one of whom he is expected to propose to in the final episode. The Bachelorette is identical in structure except with a female lead and male contestants.

Despite these dating shows being heavily fictionalized versions of reality, we see very real power dynamics play out on- and off-screen in the shows’ tightly controlled narratives.  The most bizarre thing about The Bachelor and The Bachelorette is that sex is assumed but never made explicit. The series is centered on romance, love, and marriage.  In The Bachelor universe, the emotional work of relationships and the burden of being sexy-but-not-slutty are coded as “romance.”  The illusion of romance conceals the intense sexual and emotional labor of the women. But it is labor. Most importantly, TV executives who have greenlit 20 seasons of The Bachelor present this labor as acceptable solely in the pursuit of marriage. Heaven forbid the women name their performance as what it is—a form of sex work.

One of the most common insults tossed around on these shows is that a female contestant is “there for the wrong reasons.” Often, these “wrong reasons” are financial and the woman in question is derided for her supposed desire to gain fame or money by being on the show. Although contestants don’t get paid, their time on the show can lead to endorsement deals, spin-offs, or a future as the Bachelorette. The idea that a woman might participate in the show for money is a big no-no in Bachelor-world since it goes against the pure and honorable intentions of finding a spouse. 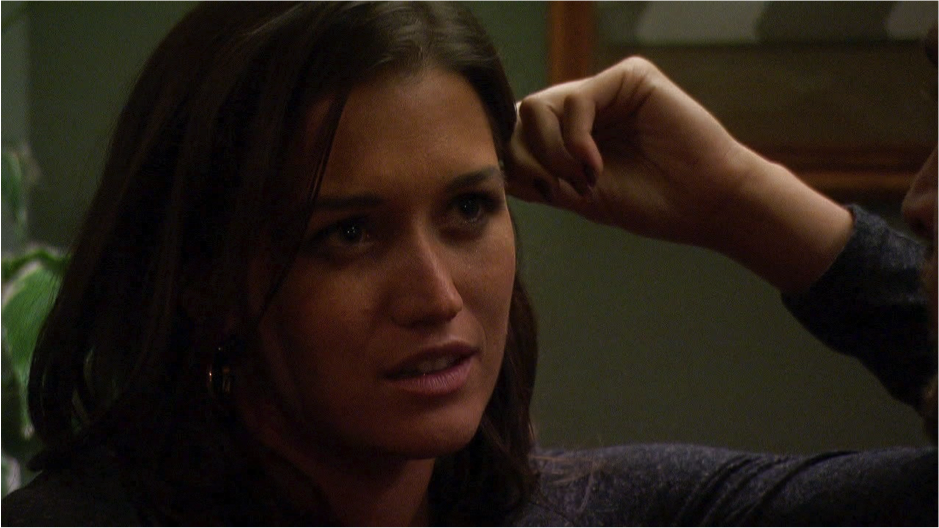 Jade Roper was shamed on The Bachelor for her past work as a Playboy model.

One instance in Season 19 of The Bachelor clearly demonstrated this division between acceptable and unacceptable labor for women. A central conflict during that season was contestant Jade Roper’s work as a Playboy model.  Her work was framed by the series as a “secret past,” something that could torpedo her chances of winning the engagement ring if revealed. Despite the Bachelor assuring Roper that wasn’t her Playboy past that got her eliminated, he said goodbye to her on the same episode where she finally showed him her Playboy video. While all the women on the show are expected to be sexy, Roper’s employment as an overtly sexy model did not conform to the implicit honor codes on The Bachelor. When Roper’s sexuality was performed for money rather than marriage, her labor history was framed as a problematic and shameful part of her past.

If The Bachelor contestants aren’t on the show for fame or money, then what’s their motivation? Maybe, like many people, contestants perform emotional and sexual labor to fulfill their own desires. But that, too, goes against the Bachelor’s implicit rules. In Season 18, Juan Pablo—arguably the franchise’s most-hated Bachelor—exposed the unacceptability of female desire during his relationship with contestant Clare Crawley. In one of the later episodes in his season, the audience is led to believe that the pair had sex after Clare snuck out of her hotel room one night. The next day Juan Pablo confronted Clare, claiming regret and stating, “I have a daughter […] I don’t want her to see it, if she does I don’t think it will be that nice.” Clare reacted like most would when shamed on national television, she was embarrassed and upset, she cried, “it just wasn’t my intention to disrespect your daughter.” 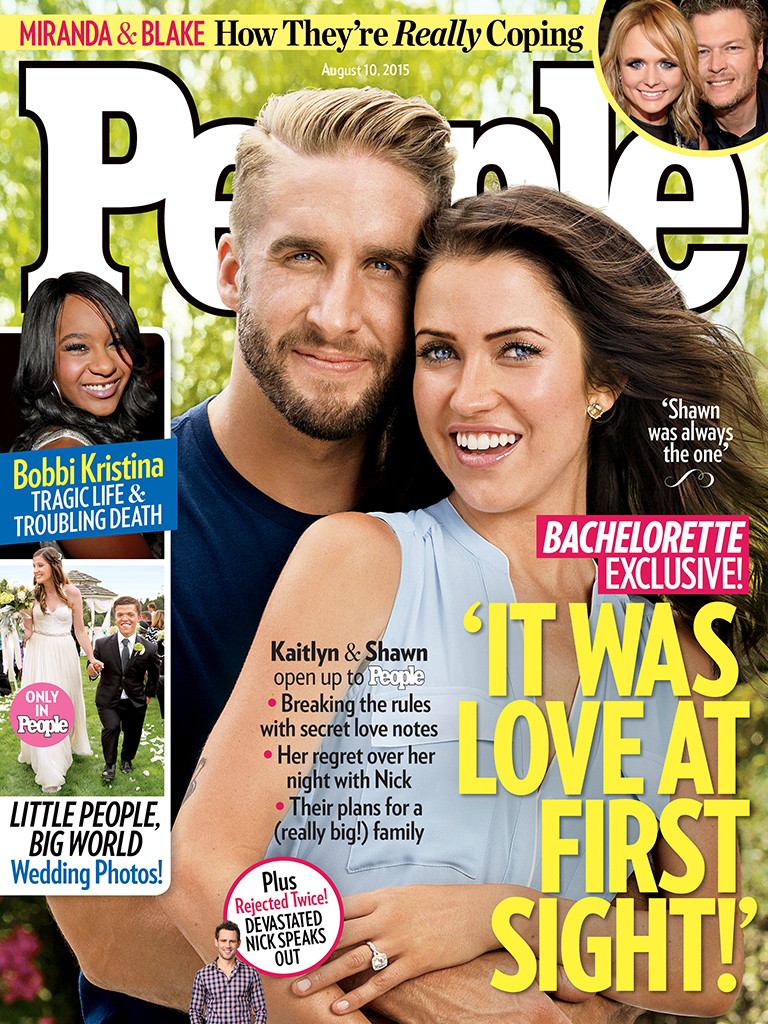 The People magazine cover featuring Kaitlyn Bristowe highlights her “regret” over having sex with a contestant.

While the show shames contestants who have openly sexual jobs or directly pursue sex with the Bachelors, the endgame of the season involves a “fantasy suite” construct that is clearly designed for off-screen sex. Each season the Bachelor or Bachelorette can offer each of the final three contestants an off-camera overnight date. In Season 11 of The Bachelorette, Kaitlyn Bristowe became the first person on the franchise to make sex an explicit part of the show. Kaitlyn made waves when she “admitted” to having sex with contestant Nick Viall in her Dublin hotel suite. Not only did she have sex with Nick before the fantasy suite but she also discussed sex frankly on-camera. Kaitlyn’s sexual desire was maligned by her suitors as well as viewers. When she told Shawn Booth, another contestant on the show, about having had sex with Nick, her actions were presented as unacceptable, framed as something that she was (or needed to be) ashamed to reveal.

Kaitlyn: It’s hard for me to admit it, but we had sex.

Shawn: Do you regret it?

Kaitlyn: I mean, I felt guilt. I didn’t expect that to happen, and then when I woke up in the morning I was like [sigh] I don’t know. Accepting what that might do to our relationship.

Shawn: Yeah. I don’t know what to think honestly. I’m trying to figure out why you’re telling me this now.

Kaitlyn: I just thought it was the right thing to do.

Even though the show’s producer claims that the average Bachelor sleeps with at least three contestants, it was Kaitlyn who received a whirlwind of hatred. Fans of the show vilified her on Twitter, calling her a whore.  Ultimately, Shawn and Kaitlyn ended up together, and the standard of romance on her season was upheld in a way it would not have been if she had chosen Nick. Her unacceptable desires were redeemed by earning Shawn’s forgiveness.

If we can understand women’s role on this show as labor, we can understand how precariously their sexuality is performed. If they’re paid for being sexy outside the restricted romance economy of the show, it is wrong. If they express autonomous sexual desire, it is wrong. If this desire is channeled toward the ultimate goal of marriage then it is presented as chaste and romantic and therefore, right. Love and labor are not mutually exclusive; not on the Bachelor, not in real life. These rules reflect societal expectation designed to govern the behavior of ordinary women as well.

The Bachelor franchise employs the emotional and sexual labor of women for entertainment purposes and in doing so exposes an insidious set of rules designed to arbitrate and restrict the outcome of this work to a distinct acceptable/unacceptable binary of sexual desire and action. Moments of deviance from the Bachelor rulebook are a crucial part of the show’s success. Jade’s hidden past and Clare and Kaitlyn’s “disrespectful” behavior provide the drama of the episode. These narrative arcs operate in the fields of shame, secrecy and unacceptability. Only romance is official Bachelor business. And the only authentic reason for expressing one’s sexual and emotional vulnerability is to attain the prize of marriage. 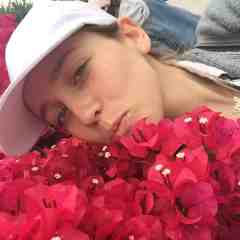 Sula is a writer and television fanatic from Toronto.

This show is an obscenity and an insult to women.

Relevant: "Homeland's" Sixth Season Could Help the Espionage Thriller Ditch Its Islamophobic Rep—But Will It Work? 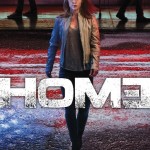 by Beth Winegarner
Season 6 offers an opportunity for Homeland to show how Muslim communities have been wronged by American policies.