This week, Dahlia and Amy dig into the beginning of the indictments against Trump-adjacent folks and the latest crop of sexual abuse allegations against powerful men. There’s have a moment of mini-celebrations because FBI director’s Robert Mueller’s investigation into Trump’s campaign team and possible collusion with Russian officials. Indictments were served for former Trump campaign manager Paul Manafort and his business partner Rick Gates. Trump’s former advisor, George Papadopoulos, plead guilty to lying to the FBI! Yowza. Prayer hand emojis for more days of indictment to come. Then they discuss the latest in Hollywood fuckery with actor Anthony Rapp’s story of a 26-year-old Kevin Spacey making sexual advances against Rapp when he was just 14 years old. Spacey tried to divert from attention to this by coming out as a gay man. Ugh.

WATCH: Amy is finally catching up and began watching Oprah Network’s Queen Sugar, a beautiful, subtle story of a family learning to live together again on a sugar farm in Louisana.

READ: Dahlia recommends the best hate-read “For Donald Trump, Every Day is Halloween” about how he’s a creep in a president’s costume.

LISTEN: The perfect pre-napping, chill track “If After All” by Common Holly. 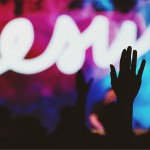 by Melissa Mayer
Purity is tarnished by sexual contact, regardless of circumstances, and the only recourse is to pray for a “second virginity.”