Another episode, another week of yell-talking about the latest revelations of sexual harassment and assault. This week, Dahlia and Amy declare that Louis C.K. is cancelled after he’s finally admitted that the alleged rumors about him are true, albeit through a shitty non-apology. And they talk about the assault claims against Alabama candidate for Senate Roy Moore that will piss you off because a known child molester is actually considered a viable Republican candidate. But we end on a positive note! There were some historic, inspiring, and hopeful victories across the country so that 2017 isn’t just one big toilet bowl of a year after all.

READ: They Cant Kill Us Until They Kill Us by Hanif Abdurraqib is a superb essay collection about the interplays between pop culture and politics. The title comes from a heartbreaking  and gorgeous essay about seeing a Bruce Springsteen concert after Mike Brown’s funeral.

LISTEN: The Singer & The Songwriter’s latest track “Anywhere, Everywhere” is gorgeous, nostalgic, and should be the first track on all of your future mix-tapes. 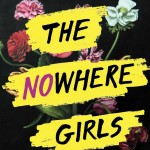