This week, Dahlia and Amy take small pleasures wherever they can get them, such as celebrating the public downfall of famed conservative troll, Milo Yiannopoulos. Writer Roxane Gay, who pulled her book from publishing with Simon & Schuster after they announced a book deal with Yiannopoulus, warns against praising a publishing house whose decisions around Milo were always about the bottom line. And they discuss a recent spread featuring model Karlie Kloss in yellowface in the latest issue of Vogue—the “diversity issue,” no less.

This episode of Backtalk is sponsored by Lewis & Clark College’s 36th Annual Gender Studies Symposium in Portland, Oregon, from March 8–10. “Point of Access” will explore subjects including disability justice, public space, fat activism, and artistic production, with keynote presentations by Eli Clare and Roxane Gay. Don’t miss out on this exciting series of free lectures, workshops, panel discussions, and an art exhibit. Join us at the symposium!

SAW: Beware the Slenderman looks beyond news headlines about the stories of two young girls who commit a murder in the name of an online boogeyman, and how the justice system is failing them.

READ: Beyonce was snubbed once again at the Grammy’s, and Mia McKenzie has something to say “On Adele, Beyonce & Solidarity.” And Zandria Robinson writes beautifully about how Beyonce’s Black southern feminism is something to behold in “We Slay, Part 1.”

HEARD: Get into the buzzy, garage sounds of Stef Chura “Slow Motion” on her new album, Messes. 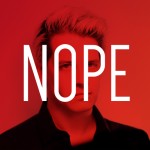 by Dahlia Balcazar
It's not a great time to be Milo Yiannopoulos.