This week, Dahlia and Amy chat about bad Pepsi optics, capitalism, and cola. Pepsi’s latest ad stars Kendall Jenner, the most cheerful group of protestors, and a slew of asinine signs. Profiting off of grassroots and the slew of recent protests is a new low, even for a soda company whose sole job is to serve up empty calories. And they discuss the latest in Fox News, Bill O’Reilly, and the $13 million settlements they’ve had to pay women who have accused him of sexual harassment. In lieu of the Mr. Toad Trump segment, we’re introducing the Petty Political Pminute (we adore alliterations!) where we celebrate small victories when we can find it: This week, we’re throwing confetti emojis at Paul Ryan’s failure to revoke healthcare under the affordable care act and the removal of Steve Bannon from the National Security Council.

SAW: File this week’s recommendation under “Z” for “Zombie”: with Netflix’s Santa Clarita Diet, CW’s iZombie, and the must-see 2016 film out of South Korea, Train to Busan, a compelling drama about the zombie apocalypse and, obviously, a father and daughter relationship.

READ: Dr. Willie Parker’s latest book, Life’s Work: A Moral Argument for Choice, looks back at Parker’s upbringing and how it’s helped him to arrive at being both a Christian, reproductive justice advocate, and an abortion provider. The Alabama-based doctor says he’s “pro-life” because he provides care for the life of the patients seeking abortion services.

HEARD: New Orlean’s very own Tank and The Bangas beat out more than 6,000 musical acts to win a spot behind NPR’s Tiny Desk to perform a joyous set of jazzy, r&b, and hip hop vibes. 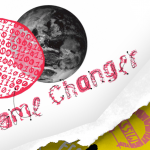