Mass Shootings Are a Form of White-Supremacist Terrorism | Bitch Media

This week, Dahlia and Amy are heartbroken over the spate of mass murders at the hands of white men with assault weapons. They talk about the importance of naming the acts of violence as white supremacist terrorism and how marginalized people across all communities are left vulnerable. Plus, we take a moment to celebrate the life and work of Toni Morrison, whose words and stories have forever shifted how we understand our world—for the better.

ESPN’s short documentary, A Long Embrace, is a look at how Shelly Pennefather’s life transformed from being a women’s college basketball star to pledging to a life of asceticism in a monastery.

In They Could Have Named Her Anything by Stephanie Jimenez, an unexpected friendship between two teen girls magnificently illuminates the delicate dance between class privilege and familial expectations.

“Teenage Heartbreak” by Yuna will take you right back to the thick of crushes and romantic longing.

This week’s episode of Backtalk is sponsored by Superfit Hero, which is female-founded, women-run, and on a mission to make fitness more inclusive with premium performance wear size zero to 30. Save 15 percent with code BACKTALK at superfithero.com.

♪ “If someone were to warn me that this was gonna happen/
That you would walk into my life and ruin it/
I would still let you (hey)….” ♪
DAHLIA: Thanks for listening to Backtalk. This show is produced by Cher Vincent. Bitch Media is a reader- and listener-supported feminist nonprofit. If you wanna support the show and our work, please head over to bitchmedia.org and donate.

Read this Next: Backtalk: A Racist by Any Other Name 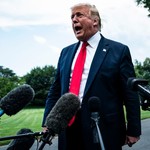 by Amy Lam
This week, Dahlia and Amy agree it’s about time for mainstream media organizations to label racists as racists.