“Bad Moms” Is Even Less Funny Than You Could Possibly Imagine 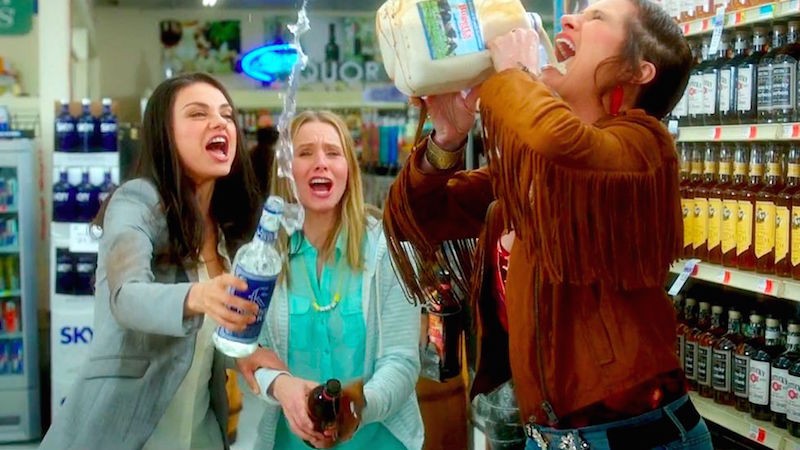 New film Bad Moms is marketed as a comedy that pushes back against stereotypes of motherhood and the burdens of modern work-life balance. But if you’re looking for either insightful critique or any funny jokes at all, look elsewhere.

Bad Moms, written and directed by Jon Lucas and Scott Moore—who also wrote The Hangover films—centers on Amy (played by Mila Kunis), an overworked, underappreciated mom of two with a schlubby, couch-potato husband who feels like her “third child.” He helps with exactly zero percent of the housework or child rearing.

Amy meets wild single mom Carla (Kathryn Hahn) and stay-at-home mom Kiki (Kristen Bell), whose husband is a miserable, sexist trash heap. Amy, Carla, and Kiki bond over their mom-dom, confess their exhaustion with the parent-teacher association, commiserate about the terrible men in their lives, and decide to live a little for themselves for once. 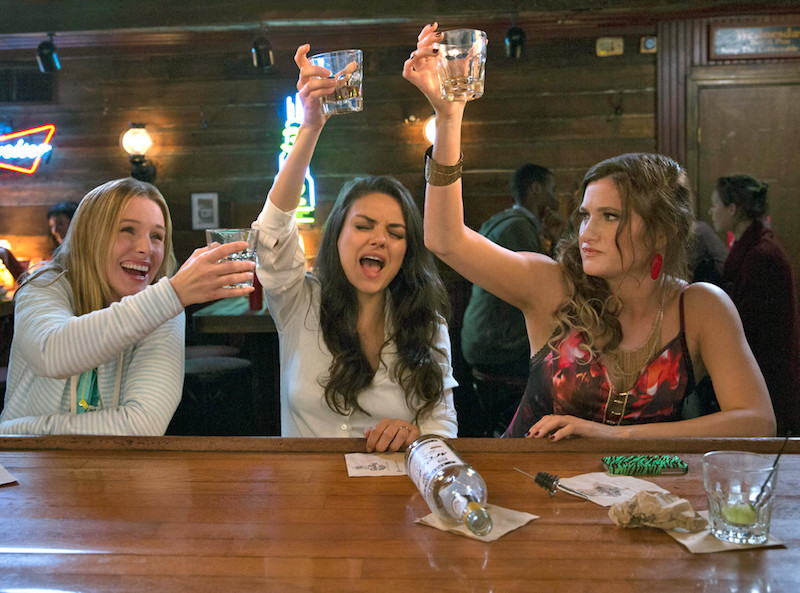 “In this day and age, it’s impossible to be a good mom,” Amy says repeatedly, and it’s easy to see why she feels that way, given that her husband is entirely useless and she’s bought into the idea that she must be perfect. The film never explores this idea outright, but the underlying, unspoken understanding is that being a mom is impossible “in this day and age” because women are expected to have it all. 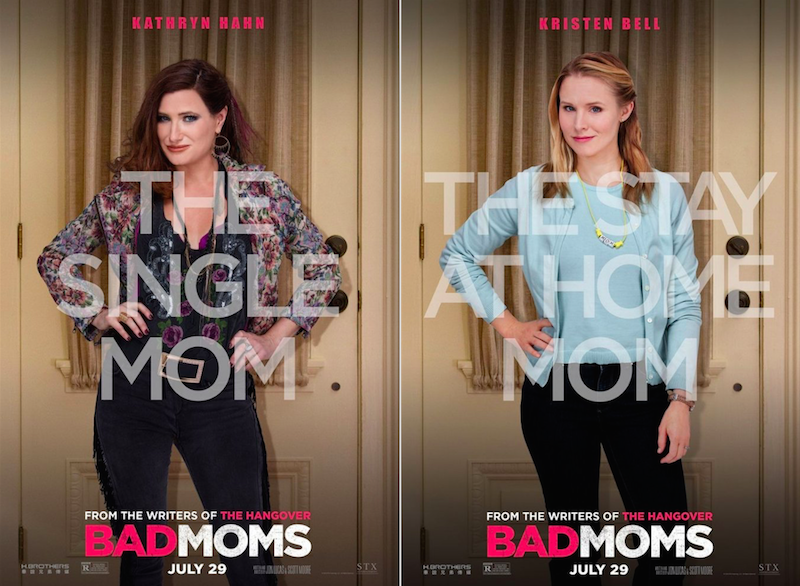 Uh… guys? Those aren’t characters, those are just tropes.

This feeling is carried even further by the film’s “jokes.” It’s not even that the jokes are all offensive, though there are certainly plenty of racist jokes included for shock value. One of these jokes is spoken early by Amy’s 12-year-old (white) daughter, who laments the current state of college admissions and is pretty certain she’ll never get accepted: “I mean, they turn away Asians now!” Does that feel necessary in a society where college affirmative action policies are under attack? No, it doesn’t. Notably, a widely criticized transphobic joke in the film’s trailer did not make it into the film. However, the biggest problem with the film’s comedy is that the jokes (the racist ones included) are too simple and cliche, to the point that it’s condescending.

Even The Hangover—while it’s no pinnacle of comedic genius—has a plot, and the jokes in that film stem almost entirely from characterization or from decisions the characters make. In Bad Moms, though, the punchlines boil down to a) woman crashes into something, b) some other obvious slapstick, like falling or driving recklessly on the wrong side of the road, c) woman says “fuck” a lot, and d) woman expresses sexual desire or talks about sex in a somewhat vulgar fashion. In one scene, for example, Carla acts out how to give a hand job to an uncircumcised penis using Kiki’s body and sweatshirt. In another, Stacy (Jada Pinkett Smith), Gwendolyn’s sidekick, says of a hot widower every mom pines over, “I would let him put it in my butt.” The idea that moms like to have sex is the main punchline here. Maybe that’s funny to teenage boys and/or adult male screenwriters who can’t imagine women desiring sex even after they have kids, but for literally anyone else, the jokes land with a confused thud as the audience quietly thinks, “Wait, was that supposed to be funny?”

I wasn’t expecting some sort of deep, philosophical dive into motherhood from this film. I was simply expecting to laugh maybe once. Though the film’s marketing will have you believe it’ll be a cathartic comedy for overworked, underappreciated moms, it seems more likely to appeal to the level of maturity found in a middle school boy.

As if that isn’t bad enough, emotions kick into high gear once the credits start rolling. Here, the actors sit down with their real-life mothers and talk about motherhood. It feels like Hallmark-produced Mother’s Day drivel. Each actor says to her mother, one after the other, some iteration of “I had the best childhood.” All this does is further highlight the film’s shallow sentiment. Even here, when real-life emotion is supposed to be on display, there’s no substance, just repetitive empty statement after repetitive empty statement.

Throughout this entire film, there are no real stakes, no real tribulations, no realities of actual motherhood in actual 2016 (or 2006, or 1996, or 1986, for that matter), not even in jest. The only explanation is that this film takes place in some alternate universe where class and race and sexism don’t at all inhibit a woman’s ability to be successful, whether or not she has children. Here, society’s greatest injustices against women and mothers are do-nothing husbands and the big, scary PTA.

While these lazy partners are criticized here—and the one man who is parenting successfully, a widower, is idolized—all this really does is show that women can’t have it all and that great dads are next to nonexistent. Maybe we could have it all some day if it weren’t for films like this, films that perpetuate the idea that great parenting is a woman’s job and a woman’s job only.

Don’t be fooled by Bad Moms’ women-led cast. This film was not made for us. If you insist on watching men try and fail to understand women, just turn on C-SPAN.

I saw the movie "Bad Moms" with three other teachers. We were upset and angered by the comment the main character's daughter makes about giving up on college and possibly becoming a teacher. How degrading! I have an associates, bachelor's, and master's degrees. I've spent thousands of dollars for my college education. I spend countless hours before and after my contracted time to teach. I put my heart and soul into teaching and yet... teachers are still disrespected by the media. I was appalled by the comment in this movie!

I agree, this comment really rubbed me the wrong way. I heard many others in the audience react unfavorably to it as well.

I thought the movie was hilarious--especially if you didn't take it too seriously--which I didn't. I laughed my way through the whole thing and in the end I went away honestly feeling better about being a mom and feeling a teeny bit reassured that my feelings of how difficult this whole being a mom-thing is are shared. I went with other moms and we all enjoyed it and we are all college-educated women--two of which are teachers.
I didn't sit there parsing it and most everyone in the theater enjoyed it. It exceeded my expectations actually by being consistently funny.
There were things that could have been better for sure, but overall I loved it. I'm sick and tired of having to dissect everything and have it pal a litmus test--this was just funny.
Go and see it or wait for it to come out on DVD.
As for the teacher comment, I saw that as a jab at the lack of pay for teachers not the profession.

Perfect review. You said what I thought. This film was not made for us, my eyes were stuck in perpetual role. But the Asian joke and a few others did at least make me laugh.