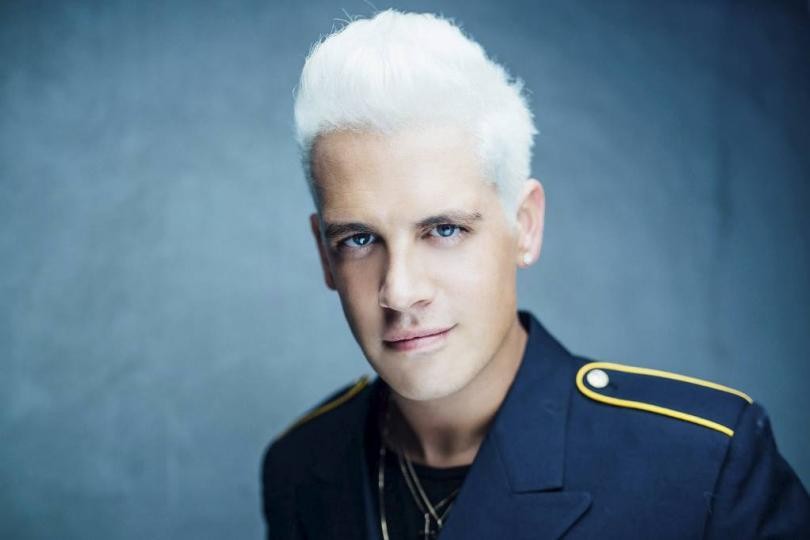 Last week, Milo Yiannopoulos, the white nationalist Twitter troll who was booted off the site in July for leading a racist and sexist abuse campaign against Leslie Jones, signed a book deal with Simon & Schuster’s Threshold Editions that got him an advance of $250,000. Yiannopoulos is a writer and editor at the white nationalist site Breitbart whose name has become synonymous with Internet hate speech and doxxing after he picked up some tactics from Gamergate, including “brigading,” or targeting specific subjects for collective harassment and threats—the tactic used on Jones. Yiannopoulos thrives on high-profile stunts like declaring his birthday “World Patriarchy Day” and encouraging his fans to “catcall at least five women” in celebration, and while I wish this book deal was a stunt, a mainstream book publisher actually believes Yiannopoulos’s words are worth publishing.

After an outcry of protest on Twitter, Simon & Schuster released a pretty weak statement defending their new author:

“We do not and never have condoned discrimination or hate speech in any form. At Simon & Schuster we have always published books by a wide range of authors with greatly varying, and frequently controversial opinions, and appealing to many different audiences of readers. While we are cognizant that many may disagree vehemently with the books we publish we note that the opinions expressed therein belong to our authors, and do not reflect either a corporate viewpoint or the views of our employees.”

Right, Simon & Schuster: You don’t condone hate speech, you just pay for it.

Rallying a barrage of sexist, racist abuse toward Jones was bad enough, but perhaps it’s worth reminding Simon & Schuster of some more of Milo’s online activities, offline harassment, and bad conduct:

2. Called Donald Trump “Daddy.” (Technically, he does this all the time.)

3. Harassed and outed a trans student by name during a talk at the University of Wisconsin, Milwaukee.

5. Through his work at Breitbart, particularly a story he wrote titled, “Feminist Bullies are Tearing the Videogame Industry Apart,” gave Gamergate mainstream legitimacy and a platform.

6. Called Black Lives Matter a hate group and implied that the organization is “a war on police and a war on white people.”

8. Led a smear campaign against journalist Shaun King by trying to prove that King was lying about being Black. (He wasn’t.)

9. Wrote a piece titled “Donald Trump Would Be the Real First Black President.”

11. Wrote this sentence: “Women are — and you won’t hear this anywhere else — screwing up the internet for men by invading every space we have online and ruining it with attention-seeking and a needy, demanding, touchy-feely form of modern feminism that quickly comes into conflict with men’s natural tendency to be boisterous, confrontational, and delightfully autistic.”

12. Also wrote this sentence: “I, Donald Trump, and the rest of the alpha males will continue to dominate the internet without feminist whining.”

13. Threatened unpaid former writers of his short-lived site The Kernel, including threatening to publish embarrassing photos of one.

14. Made this statement: “In every meaningful way, the patriarchy favors women.”

16. Routinely uses the word “tranny” as a slur.

19. Likewise, calls “Feminism is cancer” one of his most popular catchphrases.

And that’s just a handful.

Yiannopoulos is currently on his “Dangerous Faggot” tour, speaking at colleges all over the United States, and let’s be clear: He is not just saying offensive words or doing “politically incorrect” things—he actively rallies his followers to do actual harm to actual people. Leslie Jones not only faced a barrage of racist abuse because of Yiannopoulos; her website and iCloud account were hacked and nude photos, as well as photos of her passport and driver’s license, were published. The student that Yiannopoulos harassed at UW has left school. Shaun King was forced to disclose his personal family history. These are not “controversial opinions,” Simon & Schuster—this is hate speech with real-life consequences.

This piece from Vox explains why the book—and its acquisition by a large, influential, and well-respected publisher—matters, and how it contributes to an already-building normalization of white supremacy: “Having brought in one Milo Yiannopoulos, it will be increasingly easy to bring in another, and then another, until all of the hatred and all of the rage of the white supremacists and misogynists and bigots on the alt-right is considered a valid part of the cultural discourse, and just another strain of thought, as legitimate as any other. It will become normal.” There’s already momentum around boycotting the book, #GrabYourWallets-style, when it comes out later this year. The Chicago Review of Books has announced that it will not review any books by Simon & Schuster next year because of the “disgusting validation of hate” the book deal represents, and it’s looking like Simon & Schuster UK will not join its U.S. counterpart in publishing the book. You can do something to show Simon & Schuster how you feel about Yiannopoulos’s book deal, too, by getting in touch with corporate leadership to let them know that while this may be a nice payday for them, it will cause real harm to countless others.

...until all of the hatred and all of the rage of the white supremacists and misogynists and bigots on the alt-right is considered a valid part of the cultural discourse, and just another strain of thought, as legitimate as any other. It will become normal."

I don't know if you were aware but Donald Trump was elected President in November. The normalization of the alt-right platform is well beyond the theoretical stage.

What an immature "man" this misogynistic, racist and pathetic thing is. I guess his favorite pastime is spreading hate, which all he stands for. People as hateful as him are cowards who fear what is different than their own limited views on life. Anyone who supports Donald Trump is saying loud and clear that they support a man who is okay with men sexually assaulting women; (an example of this is the horrid "pussy grabbing"), a harrowing pastime of Donald's, racism, violence, hate, and misogyny. If people are not against it, then they are clearly FOR IT. There is no middle ground concerning this issue. And Yiannopolous makes it very clear that he supports Trump, and all his atrocities.By the way, nice bleached blonde hair, Yianni. Pathetic.

Well, since this article came out, this worthless dude who acts like a spoiled child who just loves to say naughty things for attention, went too far when he make some stupid comments about pedophiles---that when the media dropped him like a hot potato, and his book deal got canceled. Even Breitbart fired his sorry behind, so he's no longer on the map, so to speak. Thank goodness, I couldn't stand him, anyway.

by Dahlia Balcazar
An unusual and perfect opportunity to mess with Donald Trump has presented itself.