Your Guide to the Most Feminist Eclipse Ever | Bitch Media

Badass Moon RisingYour Guide to the most feminist eclipse ever 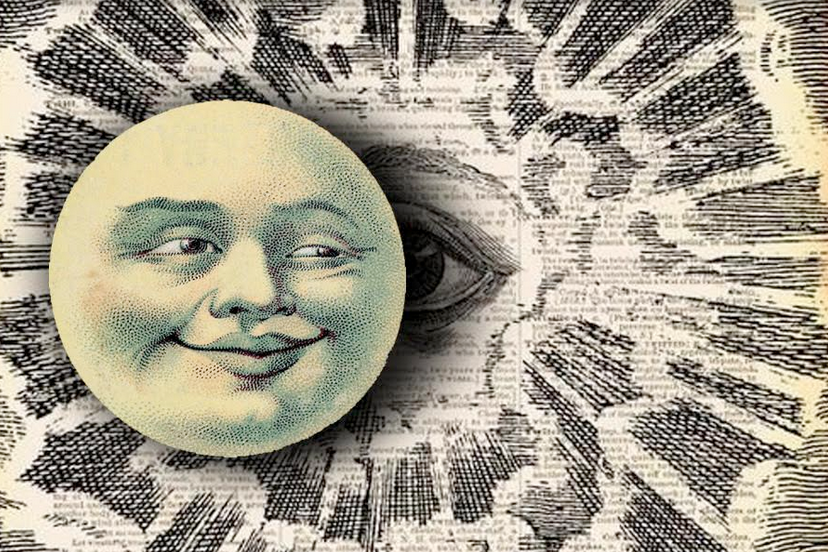 This coming Monday morning, the moon will pass in front of the sun for a brief moment in the first total solar eclipse to span the United States from coast to coast since 1918. Bitch’s home state of Oregon is the first state in which the eclipse will be visible, but Idaho, Wyoming, Nebraska, Missouri, Illinois, Kentucky, Tennessee, North Carolina, and South Carolina also lie in the very dramatic-sounding Path of Totality. Between epic traffic jams, sold-out motels and campgrounds, safety concerns, and possible astrological repercussions, August 21 is going to be a gigantic, beautiful clusterfuck, and we at Bitch HQ are here for it. (Seriously, we’re closing the office for the day, don’t call us.)

But we couldn’t help asking ourselves: Is this eclipse going to be feminist? And if it’s not, how can we make it so? As we’ve all seen over the past few years, it’s incredibly easy to make things that have literally nothing to do with feminism into trendy, media-friendly feminist statements if you try hard enough and use enough Millennial Pink as an accent color. So here’s your guide to feministifying the crap out of a politically neutral astronomical gift!

• Get your eclipse style on point! Comfort is key: This is no time for skinny jeans, constricting undergarments, or an off-the-shoulder blouse that somehow also ties in both the front and the back. No, this is a time to wear a garment that can fit at least 12 small children under or inside it. Does it have either a sun or a moon print? Put it the hell on. Does it just straight-up say “Total Eclipse 2107”? Even better. Don’t forget to post a selfie that shows off your “This Is What a Feminist Eclipse Looks Like” t-shirt!

• Buy a bunch of eclipse-themed shit! Remember when astronomical events happened and people didn’t try to monetize the shit out of them? That must have sucked. What’s the point of even having an eclipse if you can’t buy a bunch of swag to commemorate the occasion? Make sure everyone knows that the moon passing over the sun is extra-special for you, the discerning feminist consumer, by going hog-wild with candles, lotions, jewelry, and more. And it’s probably not too late to spring for some truly awesome digs. Sure, $330 seems like an awful lot of money to spend on one room at a Motel 6, but think of the Instagram engagement!

• Write a think piece! You don’t really need to drop any truth bombs to get killer SEO. Sample titles: “10 Reasons This Eclipse is More Feminist Than Game of Thrones,” “The Sneaky Way Beyoncé’s Eclipse Celebration Will Change Feminism Forever,”  “Should You Eat Avocado Toast During the Eclipse? The Answer May Surprise You,” and “Taylor Swift Had the Best Response to the Eclipse, and We’re Losing Our Damn Minds.”

• Make a kickass hashtag like #moonthepatriarchy or #eclipsemen! Post pics of all your feminist eclipse candles (you did buy some, right?) arranged artfully under an Audre Lorde poster. Tag all your fave feminist celebrities with the hashtags. Like, all of them. Repeatedly.

• Have your period! If you’re a person who has periods, the eclipse is literally the best possible time to have it. You’ve been calling menstruation your “moon cycle” since forever, and today you can brag that your cycle is SO RAD that it lines up with a phenomenon that most Americans will be lucky to see once or twice in their lives! If you don’t have your period, consider wearing a menstrual cup anyway. It’s like a party hat that only you know about!

• If you’re into it, have some cosmic, procreative eclipse sex! Perhaps with someone from Craigslist who totally isn’t sketchy and definitely doesn’t sound like he’s trying to perpetuate his belief in a master race! Name the baby Totality. Four years later, realize that your kid is one of five kids named Totality in daycare. Whatever, he can change it to “Tony” when he’s older.

• Make those few minutes of darkness count! While everyone is oohing and aaahing, pry the signs off the women’s and men’s bathrooms at your office and replace them with Prince’s symbol. Your sexist coworker ran outside to witness things go down? Mess with the predictive text on their phone so that every time they type “Send nudes lol” it autocorrects to “Women’s rights are human rights.”

• Stay home! Look, the eclipse is great and all, but let’s face it—you’re going to end up stuck in six hours of traffic for less than three minutes of sky-watching and it’ll be like all those New Years’ Eves that overpromised and underdelivered. Instead, order some Postmates, write a manifesto, and catch up on episodes of The Bold Type.