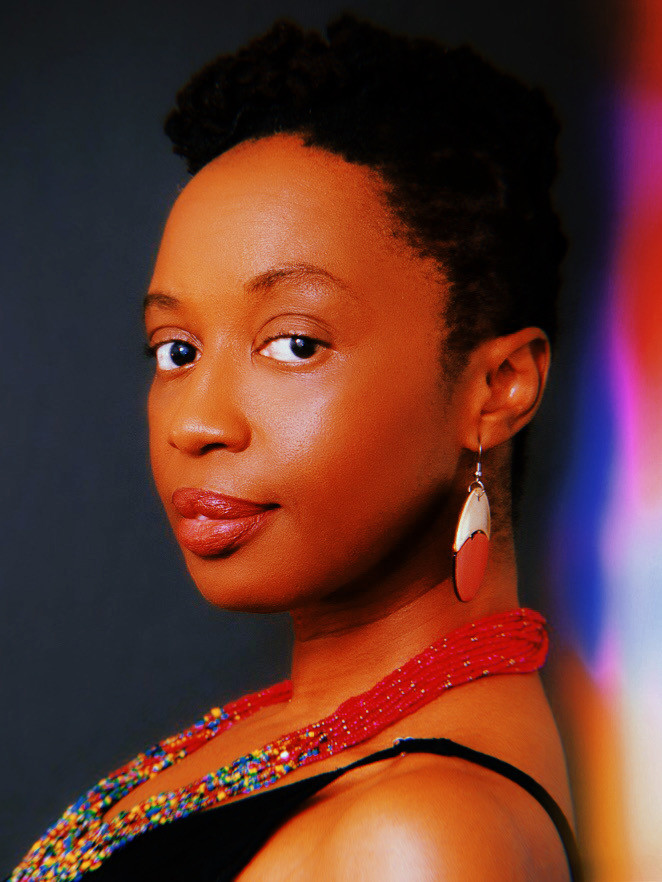 This story was originally published on August 14, 2019.

Bassey Ikpi told many lies in her life: “I couldn’t find it,” “I’m kidding,” “I forgot.” She lied about when she’d eaten her last meal, how she felt about someone (for their sake more than hers), or she’d just pretend that reality was not happening. “I’m okay” was the lie that came from her lips the most often. In her debut collection of essays, I’m Telling the Truth, But I’m Lying, Ikpi, a Nigerian American, writer, mental-health advocate, and founder of the Siwe Project, opens up about her struggle with Bipolar II disorder. “I remember things a certain way and those memories take on a life of their own to the point where I have to go back and say [to myself], ‘Actually that’s not what happened. This is the thing that happened,’” she tells Bitch. “But the lie that sustained itself for so long becomes true in its own way. It becomes a part of the story.”

Ikpi, who was born in Nigeria and emigrated to Stillwater, Oklahoma, with her family at the age of 4, remembers feeling a shift in her brain in third or fifth grade. At that age, there were times when she had high energy and wanted to run as fast as she could down hallways until this energy left her body. However, her high energy was often followed by intense depressive episodes. “[I’m Telling the Truth, but I’m Lying] encapsulates this idea of not being okay, but wanting desperately to be okay and wanting people to think that you are and how you go about doing that because what is a lie? What is the truth? It’s all about perspective,” Ikpi says.

Books became a source of comfort for Ikpi as she navigated depression because reading allowed her to quiet her mind and encounter characters she felt connected to, like Pippy Longstocking and Anne of Green Gables. “When you’re a [B]lack kid who likes to read, nobody wants to bother you,” she says. “I could be very sad, but if I had my face buried in a book, it gave me permission to be quiet. It gave me permission to cry on my own and say that it was something that I was reading.” At the time, Ikpi had no language for her seesaw of emotions. Though her mother majored in psychology in college, mental illness was rarely discussed in her family or other Black families. And when mental health was a topic of conversation, both in her family and in my own, adults discussed it in hushed voices when they thought their kids weren’t listening.

Too often, the conversation boiled down to, “That person is crazy.” Pop culture’s penchant for misrepresenting mental illness played a role in classifying anyone with a mental illness as “crazy.” Sybil, a 1976 film about a woman with dissociative identity disorder, is one of Ikpi’s earliest memories of seeing mental illness onscreen. In the film, Sybil Dorsett (Sally Field) bumps into walls, speaks in fragmented sentences, and jumps up and down on a bed in order to show she has an illness. It was easy for Ikpi to look at Dorsett’s exaggerated mannerisms and behavior and say, “That’s not me.” Still, Ikpi continued seeking answers, going as far as to sneak into her mother’s room to read her copies of Psychology Today.

Yet, Ikpi still couldn’t find a name for what so deeply affected her. The adults around her, especially those at school, called her “bubbly” but she didn’t know how to contain it. Ikpi knew it was something deeper, but she couldn’t find a name for it. The thing without a name continued to follow her through high school and college. It followed her through her 20s when her romantic partners kept asking, “Are you okay?” It followed her on a tour for HBO’s Def Poetry Jam. Until finally, it got a name. Ikpi remembers feeling scared but relieved when she was diagnosed with Bipolar II disorder in 2004. She was hesitant at first. When her psychiatrist told her his official diagnosis, she repeated: “I’m not bipolar.”

However, as he listed the symptoms (hypomania, fixation, rapid speech, hypersexuality) she knew she carried these things. “A lot of people see mental-health issues as a sign of weakness. It actually made me feel like I wasn’t weak,” she says. “Like, ‘Okay, I’m not just lazy, I’m not just this fuck up that can’t do anything. There’s an actual reason for this.’ But it was also frightening because it was not the reason I wanted.” I’m Telling the Truth, but I’m Lying offers an honest glimpse into Ikpi’s life after diagnosis. She initially cycled between denial, being hospitalized, anger, and taking a plethora of medications. In her essay “Side Effects May Include,” Ikpi talks about testing out various medications that prompted many phone calls between herself and her doctor. There were drugs that made her feel too drowsy, too restless, or simply too different.

Writing these essays gave Ikpi some clarity about her past, but it was still extremely difficult process to write through the fractured lens of her memory. As she reflected on her experiences, though, she pinpoints the triggers that caused her mania, anxiety, and depression. “Being able to see just how often it had happened and seeing those moments when I was small and I had to get back up again, it was difficult [to re-live],” she said. “Seeing those things helped me, but it was also very difficult because it felt like it was this continuous pattern.” 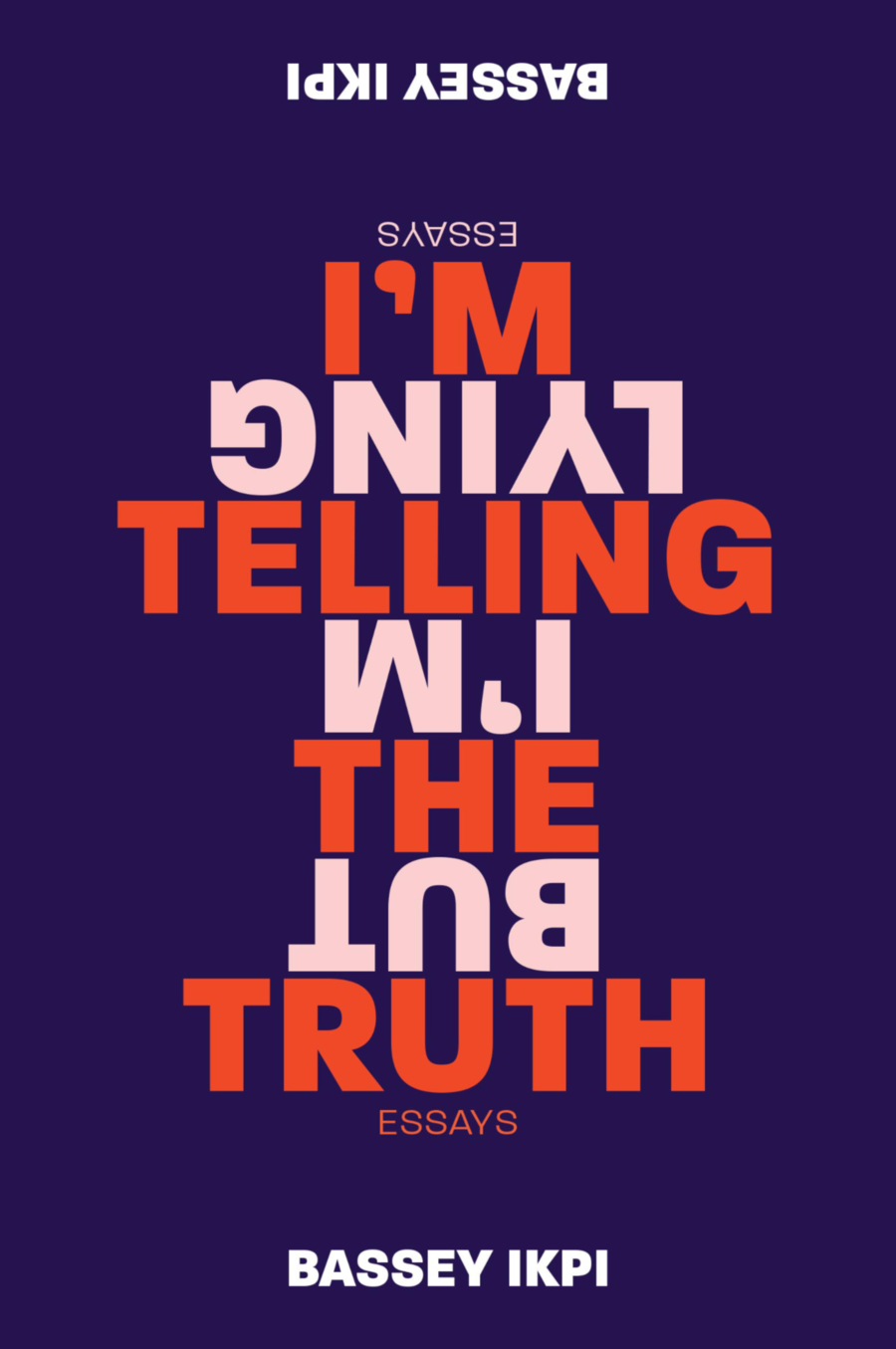 After being hospitalized for the second time in 2010, Ikpi finally realized that she’d have to live with Bipolar II disorder for the rest of her life and decided to speak out about mental health. On her Def Jam Poetry tour, she’d spend the last five to 10 minutes talking about her journey and urging audience members to get help if they needed it. In 2012, she founded the Siwe Project, a global nonprofit that raises awareness about mental health, specifically in Black communities, and encourages people to share their stories through the annual No Shame Day. Ikpi named the organization after the daughter of a close friend who committed suicide at the age of 15.

The mental health of Black women became core to Ikpi’s mission, with her motivation ranging from her own life to the pop culture she encountered. She specifically calls out an episode of Girlfriends, a popular early 2000s show about four Black women, that she watched after her second hospitalization. In the episode in question, Lynn (Persia White) and her relationship with her birth mother, who has Bipolar disorder, is the focus, and that episode, alongside Sybil’s portrayal of mental health, rounded out her interest in changing the lack of real conversation around Black women’s mental health.

I’m Telling the Truth, But I’m Lying wasn’t possible until Ikpi gave herself permission to write it. She was exhausted by pop culture’s improper representation of mental illness. Too often when these stories are told, it’s at the hands of a White person. She found that Black women often feel like their stories are not enough unless the stories make a political or cultural statement; they tend to be less able to simply share their stories, as they’re expected to use their experiences to educate. “Our stories are enough,” she said. “White folks get to tell the same story about the same life 25 times and not have to teach white people anything. I really want us to get to the point where we acknowledge and we confirm the fact that our stories are enough.”

Right now, Ikpi is relaxing. She’s not writing and she’s not reading. She’s taking a break from everything to focus on the August 20 release of I’m Telling the Truth, but I’m Lying. Of course, she’s looking ahead: She has an idea for three more books, one of which will be a semi-autobiographical young-adult novel, but those are 2020 goals. “Right now I just want to focus on my book and just be super fucking proud of myself that I finished it.” With I’m Telling the Truth, But I’m Lying, Ikpi has found a way to define her own truth. 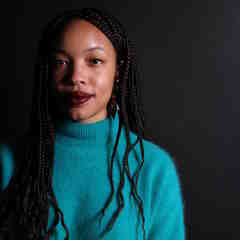 Yaasmeen Piper is a freelance writer living in Harrisburg, Pa. She loves to write about books, Marvel, and Michelle Obama. You can find her on Twitter and Instagram.