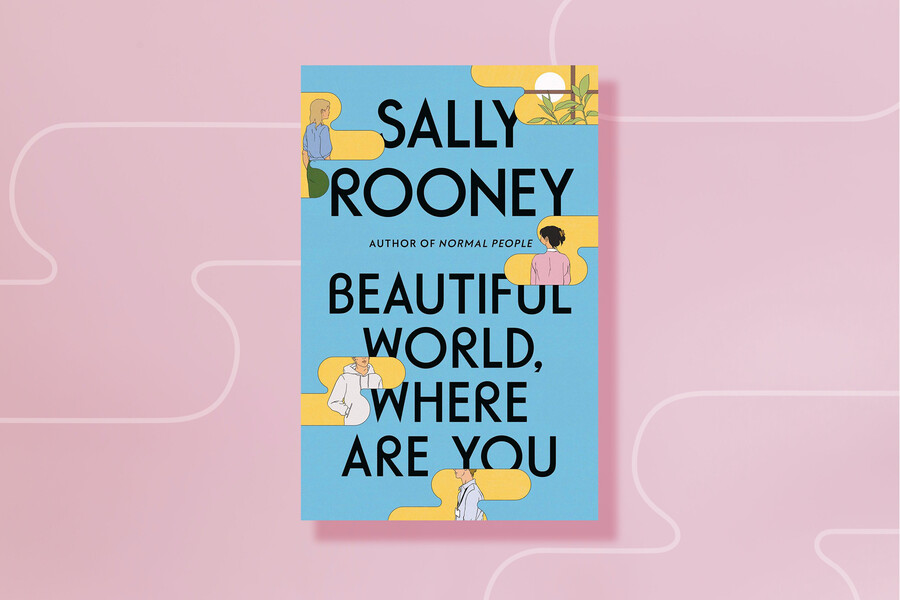 I struggled to find something interesting to write about Sally Rooney’s latest novel, Beautiful World, Where Are You? Not because I didn’t like the book (I did) or because it was poorly written (it wasn’t), but because the book doesn’t seem like it was meant to be a novel. To me, it seems it would have been better served as a collection of essays. Sharing an interview Rooney did for The Guardian, culture critic Iva Dixit tweeted “It’s incredible how much more I enjoy and like reading Sally Rooney as a thinker more than as a writer of fiction.”

In Beautiful World, Rooney’s most interesting thoughts aren’t given the attention they deserve. And if I’m being honest, her most salient points feel salient only because they remind me of conversations I have with my friends and peers—in particular, fellow writers—every day. The thoughts her characters espouse aren’t original, but they are persisting. That’s not a negative: Validating what others have always thought and felt is its own kind of literary genius, speaking clearly to the interior lives of millions in a simple way. But the insistent classification of Rooney’s work as Marxist has long felt like a stretch, and that’s clear in Beautiful World, which just feels like a good love story, not something groundbreaking, although the characters are constantly fretting over huge social issues.

Using her two protagonists (best friends Alice, a writer of global acclaim, and Eileen, who works at a literary magazine) as intermediaries, Rooney appears to be sharing her thoughts on topics spanning publishing, sexuality, fame, socialism, relationships, climate apocalypse, and religion. Written in epistolary style through rambling emails that are lengthy, detailed, and dotted with historical, philosophical, and literary references, Beautiful World still has a singular focus. It is concerned with one question, a question the character Alice mocks as irrelevant when  reflecting on her frustrations with the publishing industry’s many frivolities: Do the protagonists break up or stay together?

Rooney’s protagonists have their own love interests. Alice’s beau, Felix, is an emotionally abusive warehouse worker she meets on Tinder; Eileen’s love interest is Simon, who is her best friend since childhood, and who tends to date women 8 to 10 years his junior. The friendship between Alice and Eileen, meanwhile, is deteriorating due to distance, natural growing apart, and a bit of resentment of both their parts. After Alice’s claim that the question of the protagonist’s romantic bliss has no meaning in today’s climate of utter calamity and inequality, Eileen responds—with obvious irritation—that there is no bigger question than whether people end up with the people they adore. She concludes: “And I love that about humanity, and in fact it’s the very reason I root for us to survive—because we are so stupid about each other.”

And perhaps because an “All’s well that ends well” wrapping is the chief obsession of this story, its reflections on society and its characters’ vague admissions of white privilege feel superfluous. They would make sense in a collection of fully fleshed-out essays; within a novel, though, they feel contrived, as though Rooney planted them in order to give herself permission to write love stories. The foregrounding of social, political, and class-consciousness is a hallmark of Rooney’s work: Her previous novels, Normal People and Conversations with Friends, were also written with Marxism at the forefront of the author’s mind. Rooney recently said that she “couldn’t forgive herself” if her books turned away from this “period of historic crisis.” But a few characters holding leftist political views, combined with occasionally ham-fisted class tensions between wealthy white women and working-class white men feels like its own version of turning away. It’s simultaneously a bit too much and not nearly enough.

Sean O’Neill’s recent Gawker essay “Sally Rooney is Irish” addresses the unique elements of Rooney’s work that often go unnoticed by Anglo-American readers. One of these, O’Neill points out, is the “political flimsiness” of some of Rooney’s characters, a trait that has made some critics push back against the idea that these love stories are Marxist or socialist. O’Neill writes that Ireland “remains a place in which left-wing sentiments do not find easy institutional expression,” and concludes that this is why Rooney’s characters have a passion for equality even as their politics lack fully formed ideologies and purposes.

But that contradiction isn’t singularly Irish; it’s also a U.S. problem and, perhaps more important, a millennial problem. As I said, Rooney’s characters remind me of myself and my peers. Maybe that’s what justifies the label of “socialist,” as millennials are more concerned about social justice, more anxious about our species’ impending doom, and more lacking in institutional support than many of the generations that came before. Novels that are meant to capture our generation should portray this; otherwise they’d ring false.

Had Rooney-mania never reached a fever pitch, I would likely not even be reviewing Beautiful World; it would just be another book I recommend to a few friends.

And Rooney’s books clearly do not ring false to millennials. It might be more accurate to say that her characters obsess over social issues as a way to imbue her stories with importance—even when, as Eileen believes, love is important enough on its own. I don’t really need a character’s penance in the form of acknowledging racism in their emails; and the focus on class issues at times feels like a way to excuse bad behavior, especially from men. Felix is quite mean to Alice, and has an unsettling sexual past: Before Alice, he slept with a 16-year-old (her age was unbeknownst to him at the time), and as a teen manipulated a girl into sex that resulted in an unwanted pregancy followed by an abortion. While this is never explicitly said, it feels at times as though readers—not to mention  Alice herself—are supposed to consider the role class plays in Felix’s behavior.

Normal People made a similar point with the relationship between its main characters, but Marianne and Connell had a more nuanced connection. Marianne is often depicted as too absorbed in her own life to understand Connell’s economic anxieties, a dynamic that’s presented as one of the main sources of miscommunication in their relationship. Still, those miscommunications never come across as cruel in nature. Reading exchanges between Felix and Alice, by contrast, is almost painful. At one point, after sex, he tells her that her friends and colleagues don’t care about her one bit, adding “I don’t know if anyone does.” In this same argument, he mocks her for saying she loves him, throwing in a criticism about how she likes to keep him “beneath her.” Indeed, the assessment of Alice as a conceited person whose recently acquired wealth has put her out of touch with others seems to be a criticism Rooney co-signs. The class tension that was done well in Normal People is done horribly in Beautiful World, making me question what Rooney actually means to express. Is her point that wealthy women (Marianne comes from an upper-middle-class family; Alice has made millions from her books and movie adaptations) must put up with more from working-class boyfriends or partners? Is she suggesting that the conditions of the working class lend themselves to cruelty, a lack of care, or poor communication? Or is she simply telling the story and letting us make our own judgements? It’s hard to tell.

I didn’t just struggle to think of something interesting to say about Beautiful World. I actually struggled to criticize it at all, because Rooney’s most stimulating passages feel like they’re wrenched directly from her heart. In them, Alice reflects on the difficulties of literary fame, her transformation into the subject—and sometimes the victim—of countless parasocial relationships, and the toll all of it takes on her mental health. “I keep encountering this person, who is myself, and I hate her with all my energy,” Alice writes to Eileen. “I hate her ways of expressing herself, I hate her appearance, and I hate her opinions about everything. And yet when other people read about her, they believe that she is me. Confronting this fact makes me feel I am already dead.” Is there a more apt description of micro-fame than the living dead, caught in purgatory between two states of being?

After reading both Alice’s words and those, in the Guardian piece, of Rooney about the assumptions of others—their ungenerous criticism of her work, their heated Twitter debates about her upbringing—it feels strange to sit down at a computer and do more or less the same thing. I’m painfully aware that had Rooney-mania never reached a fever pitch, I would likely not even be reviewing Beautiful World; it would just be another book I recommend to a few friends. But Rooney’s fame now demands that critics scramble to find a hot take about novels that are, ultimately, straightforward and plain. In fact, it’s through Alice’s thoughts on parasocial relationships that Rooney makes a very good point about why this might be: She wonders “whether celebrity culture has sort of metastasized to fill the emptiness left by religion. A sort of malignant growth where the sacred used to be.” As culture writers, how can we ignore what people find sacred?

The answer is that we can’t. As I wrote this review in a coffee shop, two people saw the book and approached me to discuss it excitedly. Rooney is a phenomenon we can’t ignore now, no matter how simple her books themselves may be.

Read this Next: The Costly Quest for Superhuman Strength 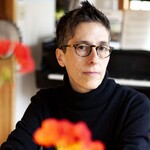 by Naureen Khan
Our culture—our time, our work, and of course, our bodies—is more consumed by optimization than ever.