"Believe in Yourself, Straight Up." | Bitch Media

“Believe in Yourself, Straight Up.” An Interview With Roberta Colindrez 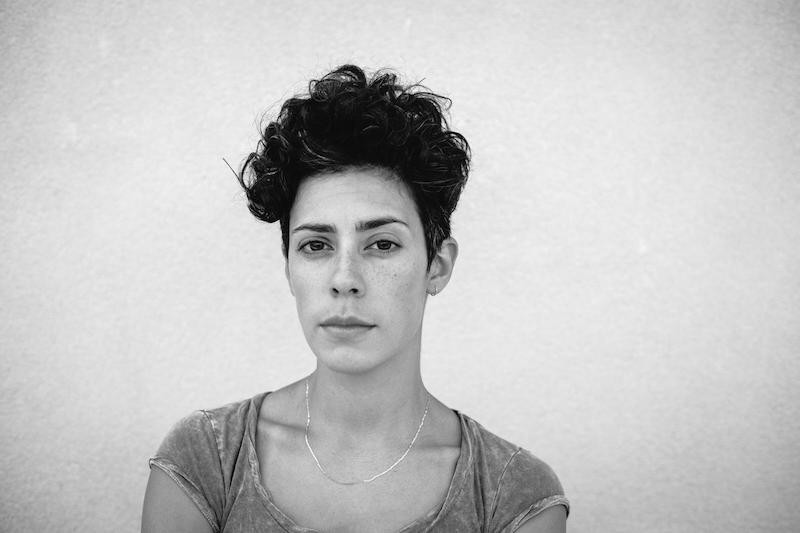 Boy meets girl; battles of the sexes; happily-ever-afters—we’re overloaded with representations of relationships that rely on defunct ideas about gender. Too rarely do we see alternate models of personhood, love, and sexuality. In an industry glutted with one-size-fits-all images and narratives, queer, Latinx actor Roberta Colindrez takes on characters who embody identities and relationships that are off the mainstream map.

This year, Colindrez has performed in two feminist, queer adaptations of beloved cult texts based on life: the Tony Award–winning Broadway adaptation of Alison Bechdel’s graphic memoir Fun Home and the Amazon series I Love Dick, an adaptation of Chris Kraus’s 1997 autotheory book. In Fun Home, Colindrez played Joan, college-age Alison’s love interest and declared major. In I Love Dick, she plays Devon, the “handy dandy Mandy” caretaker and Latinx butch next door who’s a playwright-in-residence at the institute the titular Dick (Kevin Bacon) runs, where Chris’s (Kathryn Hahn) husband is also a fellow. After meeting Chris, Devon’s inspired to write a play about her new neighbors, inserting herself in the love triangle that has the potential to become a square.

Colindrez is also a writer, beatboxer, amateur rapper, and co-artistic director of the Neo-Futurists, an avant-garde theater company in New York (and beyond).

We met at our mutual happy place, Coney Island, and between riding rides, we talked on the beach about women’s roles onscreen, the godforsaken patriarchy, and the matriarchal revolution in media. 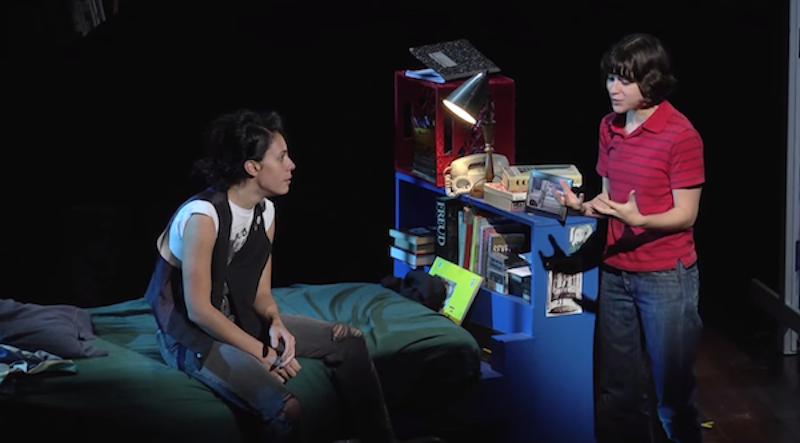 Roberta Colindrez, left, and Alexandra Socha as Joan and Medium Allison in Fun Home on Broadway.

ROBERTA COLINDREZ: I haven’t discovered that I am, yet, no.

Some call that a roadblock. Others may call it vital to systemic underrepresentation, marginalization, and dehumanization in media, which has far-reaching political, economic, and social consequences.

People always say, “We have to write our own stories, create our own myths, tell our own truths, ”and that’s a great and fine answer to underrepresentation. But it’s not mutually exclusive of the efforts of people who are supposed to be held accountable because they have the means to make sure these “other” stories are told. It’s not just up to us. We’ve been doing this the whole time; we just haven’t had the audience for it.

I haven’t seen anyone like Devon onscreen—and I watch a lot of television.

I want to be an original character on TV. I complain all the time about seeing the same person over and over again. I’m really kind of over antiheroes.

I just want to believe in someone, for fuck’s sake. And it’s exactly because we have listened to people who are the same for so long that we are in the place we are now, with so much creative and personal friction.

Do you find that you get typecast?

I guess I play lesbians a lot.

Would it be worse to play straight girls?

I played a Cuban prostitute in Boardwalk Empire. Depends on the role and if the writing is about something other than [high-pitched voice]: “I’m a dumb girl; I can’t figure it out.” And if the director is telling the right story. I don’t think playing straight girls necessarily sucks. Being straight sucks.

Female characters are often defined in terms of their relationships with men, but not so with your roles.

If I’m not playing a lesbian, then I’m somebody whose sexuality is just never brought up, which I like. I’m Latin, so I’m asked to play cops a lot. If you’re Latin, you’re either a cop or a criminal. Or a prostitute. Which I guess is a criminal.

If you’re a woman onscreen, then you’re either a stripper, or a rape victim, or ethereal or—

Dumb as shit but hot, or a raunchy, outspoken shrew—

Or wife or waitress, mommy or mistress, complacent girlfriend or adoring sister or down bitch or crazy bitch, someone on the other end of a call—

Someone to be fallen in love with reluctantly or gagged briefly. It seems that one must be a “babe” to be an “actor” or “object,” that appearance and sexuality are skills on a woman’s acting CV.

I look forward to playing someone who’s not a sexpot, who doesn’t have to rely on her looks.

In conversation with bell hooks, Jill Soloway [who directs I Love Dick] gave us a quotidian revolutionary act in that vein, offering conversation instead of those small psychic cues for compliments on our clothes, body size, face, hair. What’s it like to work with Soloway? What does the matriarchal revolution look like, from what you’ve seen?

Jill’s into what can happen in a single moment. What changed in that moment. In a scene she directs, she’s just off frame, whispering, “Say this; walk away; fuck around with those papers; come back; look at her shoes.” Being present with what’s happening, as much as you’re present with your feelings—it’s intense, this version of playing around.

In her TIFF Master Class, Soloway breaks down “the female gaze,” and you seem to be describing part one: “Reclaiming the body, using it as a tool on set with the intention to communicate a ‘feeling seeing.’” What’s your shorty Master Class to aspiring artists?

Believe in yourself, straight up. I think people think that it’s easier to not believe in yourself, that it’s easier to quit on wanting to be an artist, or that someone else has done it already. Comparing yourself to other people is dangerous, which is why when people ask me who I compare myself to artistically, I don’t have an answer for that, because I don’t do it. I admire a lot of people. I look up to a lot of people. I don’t compare myself to anyone. I don’t want to emulate anyone’s career. Why not do what I can instead of what someone else has done?

Someone embroider that on a pillow. To switch gears, what about those who come to Fun Home not necessarily to see a story like their own but leave feeling like the story is now their own?

To paraphrase a review, Fun Home is for anyone who is a child or anyone who is a parent. It’s beautiful to meet people who say, “I in no way relate to these circumstances, but this is about me somehow.” It’s so funny that you have to announce that because a person is gay, not every single thing about that person is different from you.

In a sense, the most groundbreaking review of Fun Home would not mention sexuality out of the gate.

It exists! Iain Loves Theater. Not once does he mention that it’s about a homosexual dad and homosexual daughter. I’m not soft, but I cried my dick off when I saw it.

When I saw the show, I didn’t know that I was going to realize certain things about my family and myself and shame—because I haven’t thought about the shame of being gay in so long. In Fun Home I had the fun role. I got to be the person who’s like, “Wait, you’re gay? This is the coolest thing ever, and you don’t even know it yet.” I got to be the one who says, “You could be happy doing this. I am.” [But as a viewer] I was ugly-crying and holding on to the armrest. It unearthed some shit.

Which is what live theater can do. It can fuck shit up.

Theatre is—and I’m quoting someone very loosely—the last religious experience you can get without going to church. If you allow yourself to be present as an audience member.

Let’s talk about the patriarchy.

None of my friends and I are “man-hating,” but we are annoyed with the patriarchy so hard. But think about being a straight white guy right now. You had no idea you were doing anything wrong until like, five years ago.

Now everyone’s kind of mad at you, mad in your direction.

Everyone’s trying to get woke and shit. [Straight white guys] must be like, “Wait, wait, I didn’t know that.”

But when they don’t want to know, when they’re just not interested—

Our entire culture has catered to them their entire lives, and almost every story is about them and glorifies them—

They don’t know what it’s like to be only able to play yourself according to other people. There’s more than one playable truth about [cis men]. No one else has that luxury. 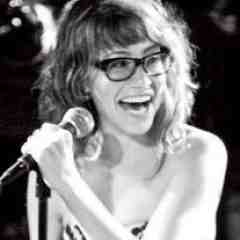 Elissa Bassist edits the Funny Women column on TheRumpus.net. She teaches humor writing at the New School and Catapult. Follow her on Twitter, and visit elissabassist.com for more literary, feminist, and personal criticism.