The Best Pop Culture Phenomenons of the 2010s | Bitch Media

The Most Impactful Pop Culture Phenomenons of the 2010s 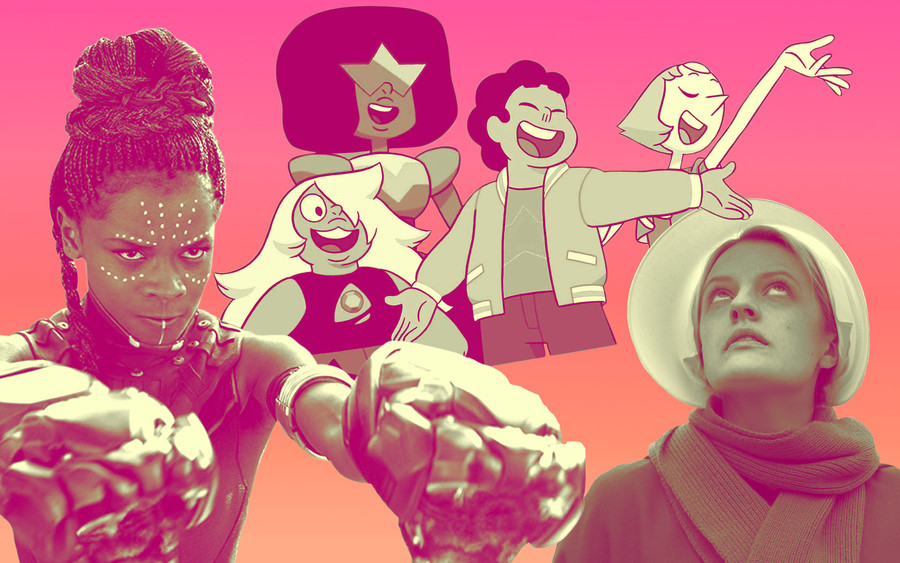 There have always been massive phenomenons in pop culture: book series that became inescapable, films that dotted every billboard, characters and casts who appeared endlessly on red carpets while their fans screamed from as near as they could get. But in the 2010s, fandom reached new levels. Why? Because of social media. Facebook, which launched in 2004, took over throughout the 2010s, making earlier platforms like Friendster and MySpace obsolete as more and more everyday people became users; the platform claimed more than 2.3 billion monthly active users as of December 2018. Then came Twitter in 2006 and Instagram in 2010, which along with Facebook have reshaped culture every single day (for better or worse). Social media gives us insight into our favorite books, shows, and films, and the people starring in them and working behind the scenes, and it’s turned us into obsessives in new ways. Stan culture has replaced fan culture and become a psychology within itself.

It’s unsurprising that the pop culture phenomenons of the 2010s feel so deeply intimate and important to so many of us, and as we speedily approach 2020, it’s a good time to reflect on some of the decade’s most memorable ones.

When it came into being in 2004, The L Word was something that many queer women had to watch in secret; now, in 2019, the sequel, Generation Q, is something that many of us take in without fear or shame (though of course that’s not true across the board). The success of the original series, and its extremely dedicated following, gave us much of the queer content we have today and offered a cultural touchpoint for queer women that, prior to its debut, didn’t exist in the same way. It birthed discourse about lesbian identity, the entirety of Autostraddle, and higher expectations of lesbian television and film. 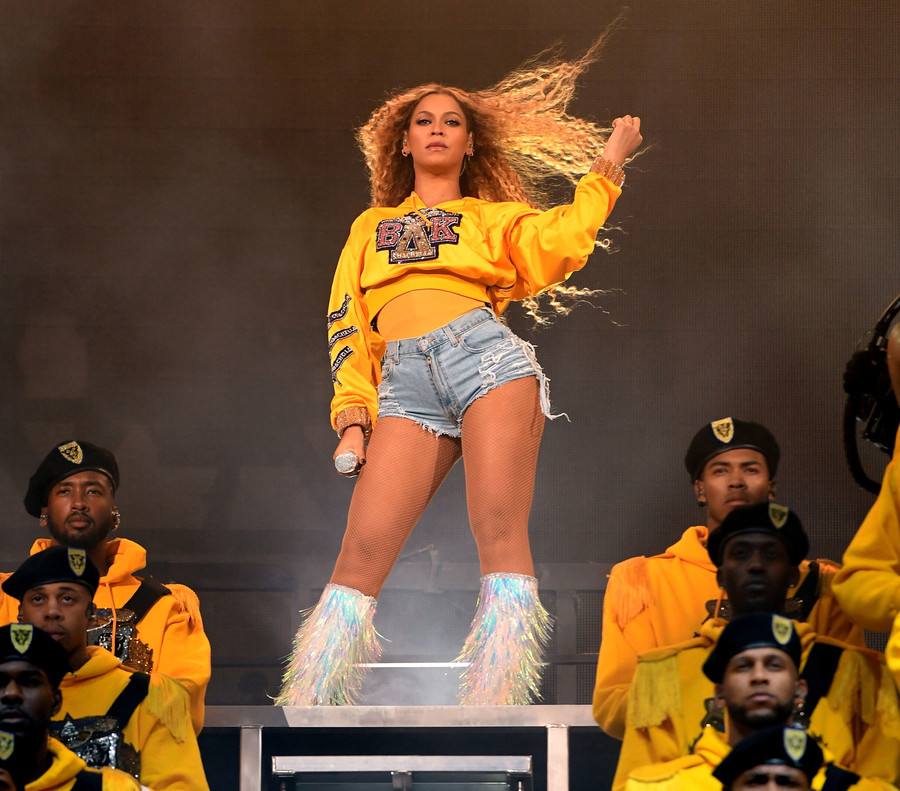 We’ve had a special place in our hearts for Beyoncé ever since she became, well, Beyoncé, but she really became Beyoncé in the last decade. The 2010s gave us Beyoncé (2013), Lemonade (2016), Everything Is Love (2018), and the a game-changing two-night performance at Coachella that became the 2019 documentary and live album Homecoming. Though it now feels par for the course, in the last 10 years Beyoncé revolutionized music marketing forever by dropping Lemonade and Beyoncé with zero warning, inspiring artists all over to copy the move. As if that wasn’t enough, she became Nala on The Lion King. Did any artist really have a better time dominating the 2010s than Beyoncé? I vote no.

Love it or hate it, Stephenie Meyer’s Twilight series dominated much of the 2010s. Though the first novel debuted in 2005, it was the film that solidified its fame when it was released in 2008. With each film that followed—New Moon, Eclipse, and then the first and second parts of Breaking Dawn—its fandom grew, and referencing Twilight became shorthand for everything from unnecessary critiques of pop culture mainly followed by teen girls to important discussions about the unhealthy, toxic relationships presented in the Twilight universe.

Even if you hated Twilight, you talked about it; as a result, its universe that continued to expand. Kristen Stewart, who played protagonist Bella Swan, and Robert Pattinson, who played vampire Edward Cullen, became reluctant offscreen players in mainstream- and tabloid-media drama, but the franchise put both actors on the map. Twilight spawned endless vampire-themed young-adult novels, tons of merchandise , and an entire world of digital fanfiction—most notably Fifty Shades of Grey, a phenomenon in and of itself. Nobody’s saying that Twilight itself is great art—but it started a cultural conversation about the validity of pop culture for teen girls, and got a new generation to investigate why we’re so obsessed with vampires. (Also, I’m grateful for Kristen Stewart, personally).

We could never have seen Steven Universe coming, but we sure are glad it arrived. Steven Universe, which debuted in 2013, sprinted into pop culture. Following the adventures of Steven (Zach Callison) and the Crystal Gems, Steven Universe offered a unique, beautiful, and often surprisingly hilarious framework for viewers to navigate everything from gender and queer love to sense of self to oppression and colonialism—and did so all without being heavy-handed. The show gave way to a film, released in September 2019, and a limited series epilogue, released in December 2019. It garnered a Peabody Award for Children’s & Youth Programming in 2019, and has been nominated for five Emmy Awards and five Annie Awards. The show proved especially impactful when its creator, Rebecca Sugar, came out as a nonbinary woman, and also as bisexual. 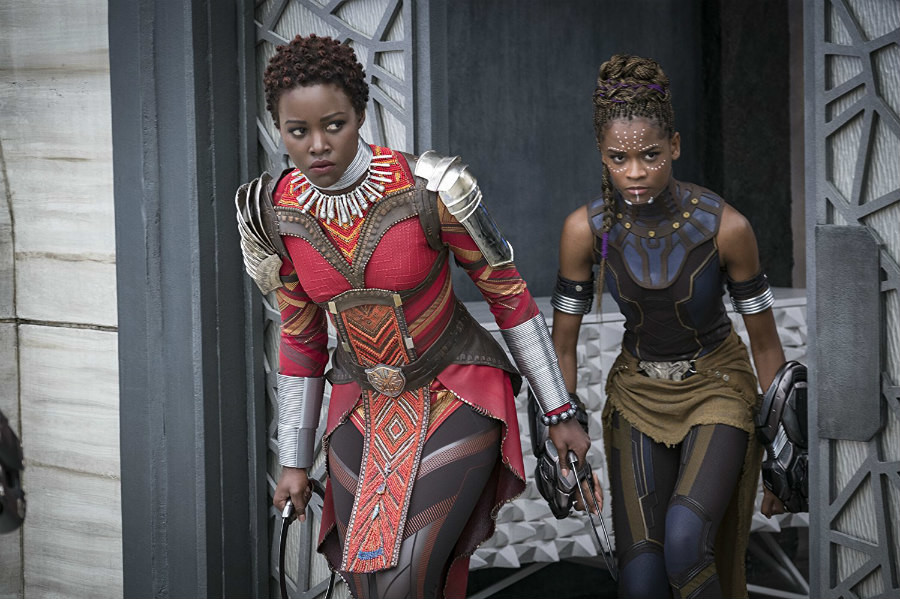 At first, the decade’s deluge of superhero films felt overwhelming. Sometimes it still does. It’s a lot to keep up with, and it’s all too easy to be dragged on social media when you confuse one character for another. After all, the 2010s were a time for the ever-expanding Marvel film universe, making it hard for a film to stand out, let alone be truly memorable. But 2018’s Black Panther did just that, rounding out the Marvel universe (it’s the 18 film added to the MCU) by zeroing in on one now hugely famous place, Wakanda. Black Panther gave us an absolutely incredible cast; Chadwick Boseman, Michael B. Jordan, Lupita Nyong’o, and Angela Bassett, and a wealth of other talented actors. On top of memorable moments and lines we tweeted out again and again, it was a rich source of memes: “Wakanda forever” was repeated by our favorite celebrities and shows, with SNL creating a skit in its honor and athletes offering the hand signal.

In 1985, The Handmaid’s Tale was a dystopian novel by Canadian author by Margaret Atwood; in 2016, it became a Hulu series; and soon after that, it became a true pop culture phenomenon. Much of its success was due to timing: The series debut aligned with the outcome of 2016 election, making it feel like a stark symbol of what was to come for women’s rights and reproductive freedom—or, rather, where we already are. Now, the symbolism is so impactful that red handmaid gowns and white bonnets have become the “protest uniform” of those who rally against politicians, policies, and organizations whose desire to strip reproductive rights is all too real.

When Vine launched in 2013, it proved that short, snappy videos created by non-celebrities could have real impact. “Something about that loop,” The Verge explains, “the way a Vine endlessly rewound itself after completing, like a GIF with audio … encouraged people to put the app to strange uses.” Much of it was nonsense, and that had its own power, as it began to drive meme culture. A year later after Vine’s debut, the New Yorker presented the argument that Vine would craft the next generation of celebrities, and as its follower and user base grew, the app gained real purpose. Activists, for instance, embraced it as a new way to connect with their communities and promote important causes and messages—Antonio French turned to the app when he found YouTube too slow to upload live video of what took place in Ferguson, Missouri, following the murder of Michael Brown. Vine was gone by 2017, but its impact on culture is still felt. Among other things, it prepared us for TikTok, which is now rising to prominence in similar ways, as it’s just as likely to be used for fun, silly videos as it is to launch the careers of new artists and explore labor organizing.

Read this Next: The Best Queer TV Episodes of 2019 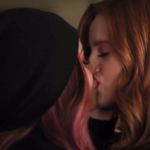