Better, Fitter, FeministCan the Optimized Body be Intersectional Too? 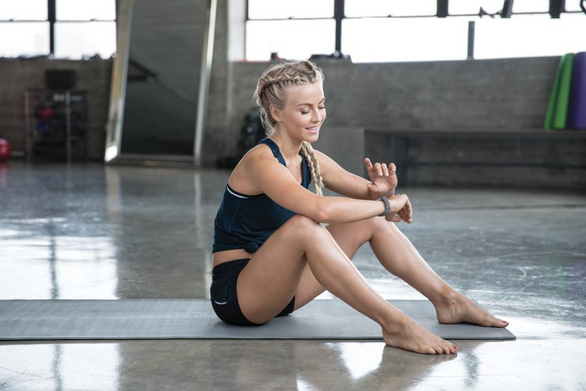 “It’s within us all—the ideal version of ourselves,” the voiceover says assuredly as the camera pans across the sculpted shoulder blades of a woman pressing upward in a yoga pose. The video flicks between scenes of human bodies in motion, muscles rippling under bare skin as each person performs a series of improbable, gravity-defying contortions. The male voice continues, “The power to attain it starts with seeing that it’s there.”

This is the sales pitch from Athos, a fitness-clothing line outfitted with sensors for tracking physical activity. Like localized FitBits, these smart clothes record general diagnostic data from our bodies—heart rate, breath—as well as the exertion of specific muscle groups. The data are then transferred to an app on your phone to give you real-time information on your workout, allowing you to adjust for any imbalances and, presumably, maximize your workouts: “Translating movement into meaning,” the voice asserts.

We can only aspire to bookshelves as organized as Athos’s UI for tracking our vitals. via Athos.

This interweaving of bodies and data until recently belonged only to medicine; it was not until “smart” (that is, wireless) technologies like Bluetooth became available to the layperson that fitness trackers were possible, and later still until they became popular. 2006 to 2013 saw the rollout of wearable technologies like Nike+, FitBit, Google Glass, and this particular Athos commercial, with 2014 popularly (though perhaps misguidedly) dubbed the Year of Wearable Tech. In 2017, the market for wearable technologies continues to grow as we find more things to track and more things to put trackers in; clearly, the Western world has become fascinated by the promise of “translating movement into meaning.”

But this promise of translation bears further scrutiny. It’s easy enough to come to a consensus about what’s being tracked, but what the data mean is something else entirely. The formula may seem straightforward: If you’re tracking exertion in a workout, it stands to reason that having an app display how hard a given muscle group is working can be helpful. However, the mass appeal of wearable tech tools doesn’t lie within their ability to aggregate data points—it lies within the promise of an improved life.

Whether you’re tracking your steps or your cycles, wearables are the sleekest way to apply data science to dailiness in the name of self-betterment. The Athos adage “Upgrade your gear, upgrade yourself” could be comfortably applied to any wearable on the market, from GPS tracking insoles to brain-zapping headbands. Indeed, the rhetoric of optimization is a core tenet of tech itself, and of any promise of futurity—that tomorrow will be a better day, as long as we build the right tech for it. Stripping technological invention of its cultural context to a shocking bare minimum, the answer to the flawless, productive-yet-effortless lifestyle many yearn for may involve literally weaving circuitry into our clothes and furniture to turn every surface into a computer, or developing wearables that actively alter your perception of reality. Life becomes much simpler when the only thing that needs work is yourself.

Who knew relaxation was so simple! via Thync.

The power of wearables’ optimistic vision of the future is that it’s grounded in numbers, making it easy to literally track the progress of a given metric. The irrefutability of the data is the foundation of any type of tracker, and is the basis of the Quantified Self movement, an international community of people particularly engaged with various forms of self-tracking, also called “lifelogging.” The term “quantified self” was coined as early as 2007, and hit the mainstream in a TED Talk presented by one of the QS website founders in 2011. The QS website itself describes its mission as “support[ing] new discoveries about ourselves and our communities that are grounded in accurate observation.” Logging such accurate observations is the key to personal optimization—who cares if your workout “felt hard” if the data tell you that your muscular output was 20 percent less than last week’s?

Certainly a large part of the appeal of QS is that the granularity of data tracking can offer an accuracy and attention that medical professionals simply cannot under most circumstances. George Saines, a QS meetup leader in North Carolina, claims that this is a godsend for people with particularly tricky ailments, such as sleep apnea, who can then both accurately and cheaply gather data on their own sleep patterns, which is necessary to confirm a diagnosis. Self-quantification can be a means of obtaining physiological information that was formerly prohibitively expensive, intrusive, or both. Within self-quantification, there’s the possibility for a fuller comprehension of one’s own bodily specificity and idiosyncrasies for which population-wide studies could never account.

Still, monitoring health-related data requires a baseline: Trackers like FitBit compare individual data to statistical averages to present an estimate of what is “average”—or, in health terms, “normal.” Individual users are placed on a spectrum of knowledge designed to contextualize their results. But “average” is not a neutral term when applied to bodies and bodily performance. In the same way that women’s experiences are routinely overlooked in the development of tracking apps, anything that falls outside of a developer’s range of experience is considered an anomaly to be either corrected or disregarded. This is especially tricky given that the overwhelming majority of tech developers are and are funded by (you guessed it) straight white men. Packaging data into a slick UI with stated norms (Backed By Science!) can make it harder to understand where these norms are coming from: which bodies, performing what functions, under what conditions?

Which bodies are included in technologically determined fitness? Julianne Hough poses for FitBit.

Inherent to the QS belief in self-optimization is a kind of classical idealism in which all experience ultimately stems from the self—you are in control of your decisions, your happiness, your life. But this assumes that individual experience already exists on that spectrum of knowledge, making marginalized experiences merely outliers within statistical analyses, with no consideration for real-world context. It would be unreasonable to ask for a tracker to account for sociocultural factors, but nevertheless tech’s sheer determination to pretend that external pressures can be flattened into universal experience is somewhat laughable. A 5-minute relaxation routine led by your watch might be a nice way to unwind after trawling through thousands of lines of code, but it does not feel like an equivalent response to stress related to, say, the constant grind of racial oppression.

We have arrived at a point today where the effects of social institutions like racism, sexism, ableism, and more on personal health have been scientifically documented; where the lines between sociological and biological behaviors have been redrawn or even erased; and where we generally acknowledge that technology is never neutral. So it’s worth asking: Can intersectional feminism’s task of honoring differences be supported by the medical and biological need for norms? How do we define functional bodies while still maintaining possibilities for difference? With their potential for nuance and specificity, can self-tracking devices perhaps be a means for opening up the discourses of health and performance to those rarely considered worthy of study or consideration?

As Bitch Media’s 2017 technology fellow, these are some of the questions I will be investigating in the coming weeks. I’ll be looking at how both the literal and figurative intersections of the body and technological objects have come to iterate the scientifically intelligible body, and explore ways to expand those possibilities beyond status-quo expectations about what a body should look, act, and feel like. How have today’s technologies changed how we conceive of our own bodies? How has the intrusion of networked tech objects onto/into our bodies changed our relationship to tech? And how can we use these tools to reconfigure radical new ways of thinking or being?

There’s another major issue here too: what do they do with your data?

The business model of the vast majority of fitness tracking is that they can use your data to acquire valuable insights about you and your behaviour, and then sell that information on to third parties. (Unfortunately this is the business model for much of mainstream technology.) If you read the fitness trackers’ privacy policies, what they do with your data is both unclear and/or entirely outside of your control. Privacy policies often say they “anonymise” your data if they share it. But data about people, with such a wealth of meta data such as your location and physical attributes, is very easy to de-anonymise using information from another database (such as Facebook.)

Looking at your privacy from a feminist perspective, we need to think about who gains and who suffers from our personal data being shared or sold? These big corporations (both fitness, but also those who make money from combining and selling all this data) make huge amounts of money from us, and we are at a disadvantage as our information can be used against us. Insurance and credit companies buy this information and use it to discriminate against us, advertisers use it to manipulate our behaviour, ecommerce and online services use it to charge us more if we are from a specific demographic.

And of course, the most vulnerable people in society are those who suffer the most. Adding to Mailee’s point that this technology is built by straight white men, they are also the same straight (rich!) white men who both don’t care about our privacy, and whose own lives aren’t so much impacted by a loss of privacy.

PS such a great read! Thank you for including critical perspectives on technology :) 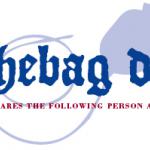 OK, so we can all agree that there is a lack of women in positions of power in the tech industry, right? Right. Well,...