Beyoncé Is Fighting the Patriarchy Through Pop Culture | Bitch Media

Beyoncé Is Fighting the Patriarchy Through Pop Culture 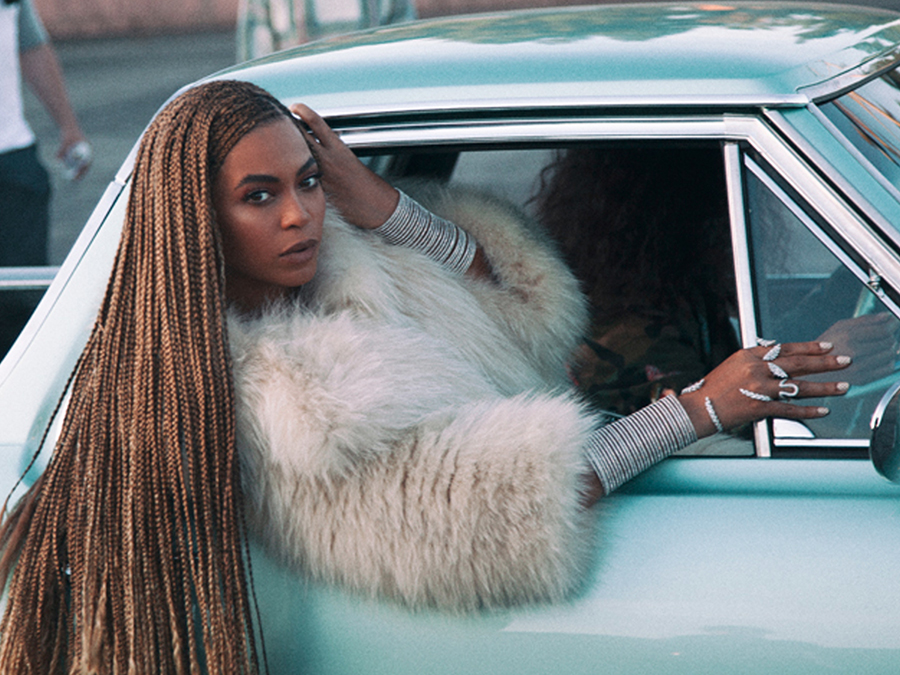 bell hooks brought me to feminism. Beyoncé brought me to bad bitchdom. I hate that two idols might be beefing. But, last week, bell once again challenged Bey’s feminism in an essay called “Moving Beyond Pain” that critiqued Beyoncé’s visual album, Lemonade.

Where many people, including me, saw in Beyoncé’s latest work a transgressive ode to black women, hooks saw standard commodification of black female bodies. Where we saw performances like “Don’t Hurt Yourself” as empowering, hooks saw black women as victims. We saw a bat-wielding Beyoncé wreaking havoc in a yellow dress as righteous rage; hooks saw senseless violence. We screamed “Yaassss!” at a scantily clad Serena Williams twerking, but hooks has nought but side-eyes.

What’s clear is that hooks does not trust Beyoncé’s brand of sparkling feminism. It is true that it is imperfect, as pop culture feminism often is. Works like Lemonade are important, though, for amplifying women’s voices and bringing more people to feminism. Meanwhile, the elitism that underpins hooks’s demands for feminist purity in entertainment risks doing just the opposite. 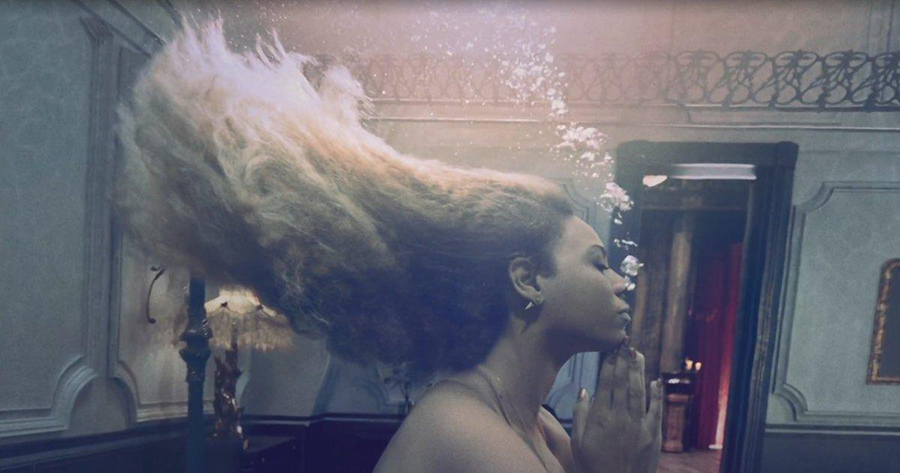 It’s important to recognize that hooks’s disdain for Beyoncé the feminist is not new. In a 2014 conversation with activist and author Janet Mock at the New School, hooks said:

“I see a part of Beyoncé that is, in fact, anti-feminist, that is assaulting, that is a terrorist… especially in terms of the impact on young girls. I actually feel like the major assault on feminism in our society has come from visual media and from television and from videos.”

That same year, I had the good fortune to interview Michelle Wallace, another feminist icon, for Ms. magazine on the re-release of her classic work, Black Macho and the Myth of the Superwoman. We discussed the mainstreaming of feminism that hooks sees as an assault. Wallace was more charitable, crediting the third wave’s populism and love of pop culture, as well as a certain bespangled-onesie-wearing diva from Houston’s Third Ward, for broadening feminism’s reach. She said:

Feminism has always been elitist. I don’t know if there’s anything you can do about that because, you know, it’s text-based, it’s literature-based, it’s education-based. Even among working-class women, it would be the most informed and the most educated that would be able to take advantage of it. It’s the same struggle as making sure that all people have an education. They don’t.

One of the interesting things about young black feminist intellectuals and academics is how into pop culture they are and how much more populist they are… I think it’s annoying to some people of my generation because they feel like well, you know, ‘You haven’t really earned the right to make statements,’ but I think, ‘Open the door and let them in.’

The doors to the Church of Feminism are indeed open. Everyday online, folks are using terms like “male privilege.” Black feminist writers like Brittney Cooper and Melissa Harris-Perry have infiltrated mainstream media like Salon and Elle. Television shows led by women challenge sexist beliefs about whether middle-aged women are desirable (Inside Amy Schumer) and which female bodies are worthy of being seen (Girls). And the biggest pop star in the world can sneak the powerful voices of Chimamanda Ngozi Adichie and Warsan Shire over sick beats and stand on stage at the MTV Video Music Awards in front the word “feminist” in neon lights. 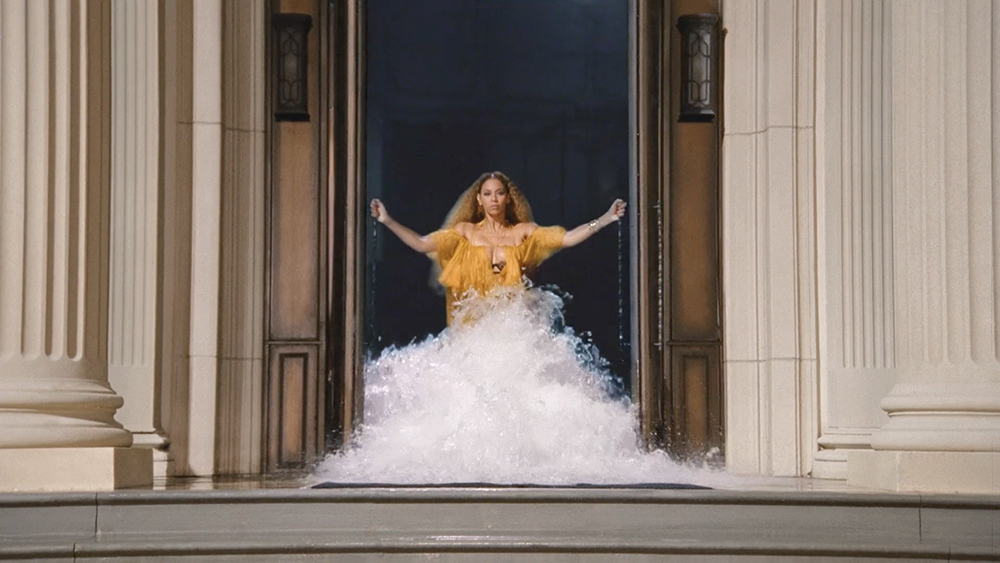 Conversely, though, much of mainstream popular feminism is flawed, perhaps because of the ways it mirrors the complicated everyday practice of feminism—lived feminism. Comedian Schumer will call out sexist beauty standards and how they affect (white) women in one breath and tell a racist joke in the next. Actress Emma Watson will give a speech about feminism before the United Nations that centralizes the needs of men. In “Formation,” the first release from Lemonade, Beyoncé ends her ode to Southern blackness, wide noses, nappy hair, and black bodies free of state brutality, by crowing “Best revenge is your paper,” as if the inequality she has been singing about for three minutes is not baked into Western capitalism.

If pop culture is a driving force in 21st century feminism, it has to be critiqued and its creators must be held accountable. There must be pathways for budding feminists to move beyond Queen Bey’s empowerment anthems to the Combahee River Collective’s lyrical righteousness, from Amy Schumer and Lena Dunham’s white feminism to hooks’s Feminism is for Everybody. There has to be a way forward from pop culture’s appealingly shallow, celebrity-obsessed, capitalist, high-glam feminism lite, with its tenuous grasp of history and its half-understanding of important concepts, to real-deal feminism that gets us all liberated.

Many feminists are doing the work of bridging that gap. For instance, Rutgers lecturer Candice Benbow created and made widely available “The Lemonade Syllabus,” a 36-page reading list that expounds on the feminist ideas raised by Beyoncé’s visual album. As of the weekend, the syllabus had been translated into two languages and viewed nearly 85,000 times. (Full disclosure: My book, The Sisters Are Alright: Changing the Broken Narrative of Black Women in America is included in the syllabus.)

By contrast, in her recent critiques of Beyoncé, hooks, who is known for fierce and important assessments of popular culture (“Selling Hot Pussy,” “Madonna: Plantation Mistress or Soul Sister?,” and other works), seems to indict without moving us forward. She ignores Beyoncé’s humanity and the complicated nature of practicing feminism in the real world, expecting it to follow the clean lines of academic feminism—defiantly anti-capitalist and rejecting all mainstream notions of beauty and sex. But Lemonade is not a textbook—it is the product of a black woman’s lived experience.

The practice of feminism in an imperfect society is chaotic and rife with compromises. The underlying message of hooks’s critique to women, the vast majority of whom are not Beyoncé, is that the human choices we make to get by—sometimes, yes, concessions to a sexist and racist world or just to our own happiness—make us unworthy of calling ourselves feminists. The sister in the corporate corner office is a capitalist. And the diva who keeps her weave tight and her lip gloss popping is a slave to patriarchal Western beauty standards. And the young woman who, of an evening, likes to drop it low in the club is merely performing sexuality for the male gaze.

But that assessment is simplistic. 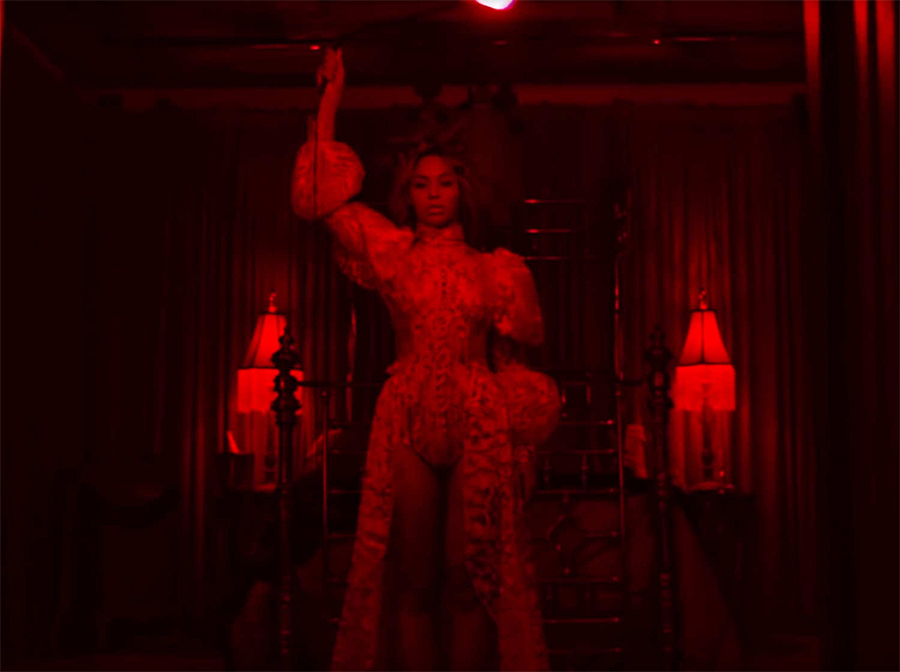 An astonishingly rich star like Beyoncé benefits from capitalism. But she can use her privilege to employ women as dancers, musicians, and photographers, and she can use her power to lift up the creative work of women poets and writers.  A world-class athlete willing to swing her weave and shake her ass in a pop video (as Serena Williams did in Lemonade) can challenge the racist and sexist denial of her beauty and femininity. Conversely, the Creole star who owes part of her success to having the “right” skin, hair, and body, can help women without her privilege be seen. This is just as the corporate sister, weave-wearing diva, and club twerker can practice their own feminism amid contradiction.

Perhaps in bell hooks’s eyes none of this is feminism, but these things and works like Lemonade represent the very real, valid, and important ways that women fight patriarchy. By dismissing them, through her critiques of pop culture feminism, hooks consigns feminism to elitist ivory tower theory and makes the perfect the enemy of the good.

In high school, I fell in love with anything and everything about pop culture. I love to follow the entertainment industry. Some may shake their heads and say “ that’s such a waste of time, etc.,” but to me it is my get away. When I am feeling down or doubtful in myself, I turn to entertainment and find those powerful women in today’s society that prove anything is possible with goals and motivation. So, while I was reading through some of the blogs on Bitch, I came across an article titled “Beyonce is fighting the patriarchy through pop culture” and figured I would give it a read. It started off introducing me to bell hooks, a highly liked feminist. Supposedly, hooks has some strong thoughts about Beyonce. Funnily enough, I have always respected Beyonce, but I have never “bowed down to Queen Bey.” Yes, Beyonce tends to empower women, but in what ways? Is she supporting feminism in the best way? I do not think she means to be objectifying colored women in this specific way, but in the majority of her videos and her special “Lemonade” hooks says she saw “commodification of black female bodies” and I sadly agree. She also touched on other popular women in the industry that have attempted and thought to be strong feminists, but hooks pointed out that they are not 100% pro-feminism. This perspective has opened my eyes even more than in the past from just myself realizing Beyonce’s lack of real-deal feminism. Although all of these points are valid, I would like to point out that maybe these actions or words aren’t real-deal feminism, but they are getting the word out there and at least empowering, motivating, and inspiring more and more women to stand up for gender equality. One of the main issues in my immediate circle of family and friends is that sometimes the word “feminism” frazzles them and it has a negative connotation. My understanding of this continues to decrease as I learn more and more about feminism, but after I heard Emma Watson’s speech in front of the United Nations, I showed them one of my favorite lines: “If you still hate the word – it is not the word that is important but the idea and the ambition behind it.” I think this line is very important and lays it out very politely for those who do not understand or agree with feminism. Whether the females we see on our television screens are encouraging us to be more ambitious in our everyday lives or encouraging us to fight the wage gap, both are important to our society when the third wave of feminism is highly related to the media and pop culture.

Relevant: All Hail the Queen?