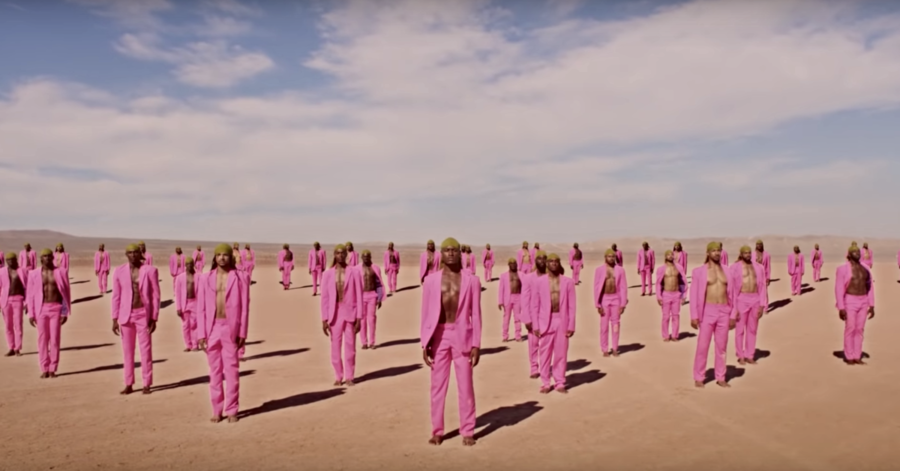 Jailyn Poindexter is a young, Los Angeles-based designer who’s also a member of the d.bleu.dazzled team, which works with an array of clients, including Lady Gaga, Shania Twain, and Beyoncé. Poindexter’s most recent (and arguably biggest) accomplishment thus far is her work being featured in Beyoncé’s video for “Spirit,” which debuted in July 2019 as a part of ABC’s “The Lion King: Can You Feel The Love Tonight with Robin Roberts” special. “Spirit,” which appears on both The Lion King’s soundtrack and The Lion King: The Gift, is a part of Beyoncé’s curated “ode to Africa,” featuring the best of Black American and African musicians. Fans fawned over the video’s focus on nature and space, Beyoncé’s powerhouse vocals, and of course, the myriad outfits she wore throughout the video. My personal favorites include the Valentino and Norma Kamali gowns—and, of course, the durags.

Poindexter, the artist behind the 20 yellow-green durags that appeared in “Spirit,” Beyoncé’s first music video in more than a year, broke the internet when she revealed that she made them all in under an hour. Durags have long been emblems of the Black experience, popping up on Rihanna at the 2016 MTV Video Music Awards and on Solange Knowles at the 2018 Met Gala. They’re specific to Black people, as they assist in producing the hairstyle referred to as waves and are used to preserve slicked hairstyles as well. In recent years, durags have taken on a life of their own, and have been focused on in conversations surrounding Black beauty techniques and spirituality.

I talked to Poindexter about her process for creating these durags, the evolving role that durags play in larger culture, and what other aspiring Black women designers should know before they get into the game.

Following the debut of Beyoncé’s video for “Spirit,” you tweeted, “Y’all remember when I made 20 durags in an hour for Beyoncé’s #SpiritMusicVideo? Bc I do.” Can you tell me more about this?

When I tweeted about my work in the “Spirit” video, I didn’t think anything of it. I thought it was kind of funny because I definitely kept the project under wraps, so of course no one would remember when I made the durags. And at the same time, [I] was sharing this awesome moment with my followers. I didn’t expect the response it got at all.

How did you end up making 20 olive durags in an hour?

I am currently a patternmaker/designer on the d.bleu.dazzled team, so a member of Beyoncé’s styling team reached out to Destiney Lewis (owner of d.bleu.dazzled) to see if she knew anyone who could make some pieces for the video. We had no idea what the project was, other than it was Beyoncé. [S]o I said I could do it, and Destiney put [me] in touch [with] Beyoncé’s styling team. The pieces I initially made for the project didn’t end up in the video; however, they reached out again with a same-day deadline for the durags. I really had no idea what they were going to be used for or if they would be used at all. I was just excited to be a part of the project. 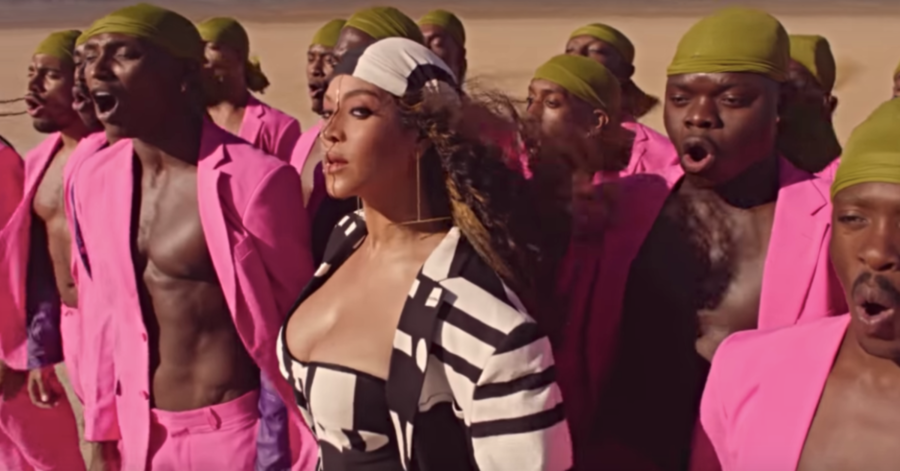 Beyoncé in the “Spirit” video (Screenshot from Beyoncé VEVO/YouTube)

Why are the visuals in the “Spirit” music video so impactful and noteworthy?

The visuals are impactful because you can see the intentionality in each shot. The video was done beautifully, and [seeing] Black people in a space that is visually stunning, set to a song that is about strength, resilience, purpose and trusting in Spirit (God, the Universe, etc.) is huge.

I think the inclusion of the durags alongside all of the [other] beautiful garments speaks volumes as well. To me it [is] an act of validation, that who we, Black people, are as a culture is valid. How we care for ourselves, in this case our hair, is valid. How we adorn ourselves is valid and is deserving of being included in the video.

How does it feel to have been a part of such a major moment in music video history?

To be a part of this music video feels a little unreal. I try not to take myself too seriously and as much as I love Beyoncé (I’m Hive 100 percent), I thought that this would be a project that maybe just myself and my close friends [and] family would think is cool. Design is a very big but normal part of my identity, so I don’t really let myself get caught up in how cool a project is while I’m working on it because I’m just in “get it done” mode. The downside is [that] a lot of the time I don’t really celebrate my accomplishments after the fact.

Durags have been a part of Black culture since at least the late 1970s, and since then, they have become a staple in hair care. They have inspired a fest, multiple thinkpieces, and a week (unofficially) dedicated to them. How does it feel to witness the progression of durags and be a part of the conversation surrounding them?

Witnessing the progressing narrative around durags and celebrating more staples in Black culture in general has been great to see. Practically every Black person I know owns something to cover their hair—and in multiples at that. So [it’s] really great to see in diverse environments, like “wave checks” on college campuses and in music videos paired with high-end garments.

You also worked with d.bleu.dazzled on Ashley Graham’s 2019 Met Gala look honoring Dapper Dan. What was that process like?

Ashley Graham’s Met Gala look was a super fun challenge. [Graham’s] team reached out to Destiney to collaborate on the look, and we had a call or two to figure out what they were looking for and see how the samples fit. Destiney had an idea for these crystallized mesh boot cover leggings that can go over virtually any heel with a pointed toe. I came in [on the] patterning and sewing multiple iterations of the boot covers and gloves that she wore until we got to the perfect version of them. Destiney had put “Dapper Dan” in different fonts in crystals on a swatch of fabric for [Graham’s] team to decide which font they preferred [to go] down the leg of the boot covers.

Once they were all together on the swatch though she had an epiphany and said, “what if the boot covers just said ‘Dapper Dan’ all over them in different directions rather than just going down the outside of the leg?” From there she pitched the idea, they loved it, and we raced against the clock to get everything done in time.

How did you get involved with design? What has that experience been like for you?

I’ve said that I was going to be a fashion designer since elementary school; it’s all that [I’ve] really have been interested in. There was no, “And then I saw The Dress, so I knew I had to design” moment. I used to paint my socks as a kid and draw clothes constantly, so I’ve just always had a natural curiosity around fashion and design. I got my bachelors in fashion design in 2018 and moved to [Los Angeles] for a styling internship shortly after that.

I swore my path was going to be completely different and that I would be in New York right now, but I’ve learned over time to trust how life unfolds and to do the scary thing—even if you can’t see what’s around the corner. That’s what makes shit exciting.

Read this Next: Back by Popular Demand 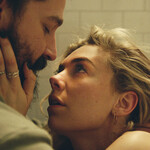 by Kevin Allred
In “Formation,” Beyoncé gathers ghosts to attend to history and the present, standing in for a myriad possible conjure women from various Black spiritual traditions.