Beyond Britney: What Happens to Women When They're No Longer Media Tropes? | Bitch Media

Female TroubleIn the Absence of Tropes, What Can a Woman Be? 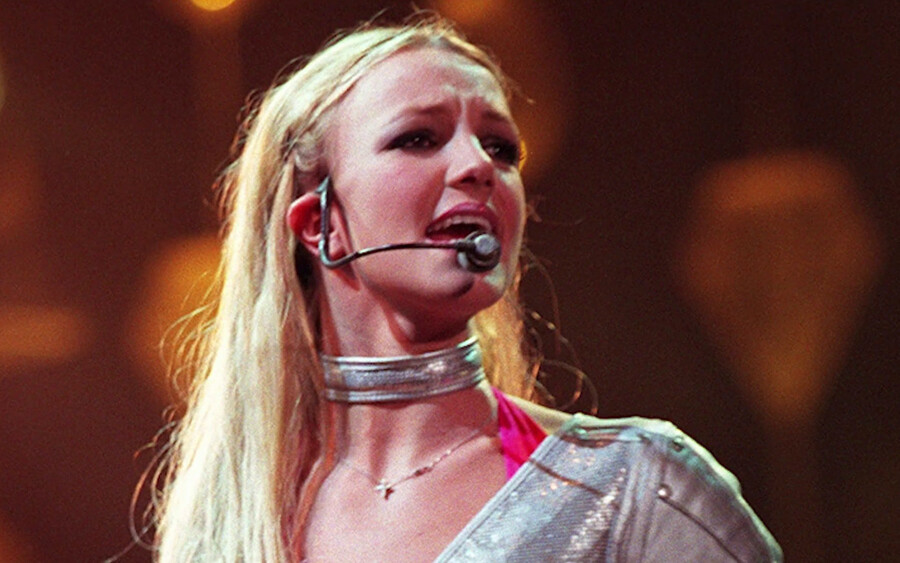 It is notoriously difficult to be a woman. Or, perhaps more to the point, it’s notoriously difficult for women to just be. The omnipresent Greek chorus of criticism from pop culture, media, institutions, and colloquial language reminds us that there are a million ways to get it wrong and only a few to get it right. Put too much effort into conforming to the feminine ideal and you’re basic, or a try-hard. Lean too far away from it and you’re a pick-me who suffers from internalized misogyny. It’s a dilemma that cuts across lines of race, class, and age: Whether we embrace, resist, or reject conventional female gender norms, we cannot deny the power they exert. Last May, TikTok star Bella Poarch’s debut single “Build a Bitch,” voiced the frustrating nature of these contradicting expectations: “Curvy like a cursive font/ Virgin and a vixen/ That’s the kind of girl he wants/ But he forgot/ This ain’t build a bitch/ You don’t get to pick and choose.”

Of course, the song and its singer attracted their own specific criticisms. Poarch’s signature look (false-lashed doe eyes, overlined lips, heavily blushed cheeks, and highlighter on the tip of the nose) and animé-girl mannerisms reflect one iteration of the current female beauty standard. Rebecca Jennings writes in Vox that Poarch is a manifestation of a constantly churning online culture whose algorithms “reward mediocrity” in content creators who can market attractiveness under the pretense of talent:

“It’s a clever (and extremely catchy) song with a slickly produced video that ironically criticizes the very same system that created Bella Poarch, the one that rewards thin girls with pouty lips and doll eyes who make kawaii and ahegao facial expressions. In other words, if the internet could “build a bitch,” it would look exactly like Bella Poarch.”

We often use the magnified lens of celebrity to analyze the standing and treatment of women in society. In an essay titled “The Cult of the Difficult Woman,” Trick Mirror author Jia Tolentino writes that contemporary feminism has evolved to rethink the way our culture labels, excoriates, humiliates, and discards “difficult” women. Women like Britney Spears and Monica Lewinsky—once branded by an entire media culture as crazy, slutty, unstable, and out of control—are among those who have been retroactively redeemed from a narrative originally meant to destroy them; as Tolentino notes, such women “are now venerated for their difficulty—their flaws, their complications, their humanity—with the idea that this will allow us, the ordinary women, to be flawed, and human, and possibly venerated, too.”

This cultural change in perspective matters given the limited tropes applied to women, both real and fictional, throughout history. The femme fatale, the girl next door, the bombshell, the vengeful woman scorned—these were inventions of largely male creators that would be recycled and updated via Greek myths, Renaissance paintings, Shakespeare plays, Hollywood movies, and eventually, gossip blogs and celebrity-obsessed tabloids. Just as Lady Macbeth became the archetype for the evil, scheming woman behind the weak-willed husband, Spears and Lewinsky were elevated into modern avatars of erratic, overemotional women who could serve as cautionary tales for the rest of us. Their narratives were simple and easily digested—and the media’s job was to keep it that way. We weren’t supposed to notice, much less point out, that such tropes are built on the projected emotions, desires, and expectations of men who have always aimed to control women with static, patronizing labels—sensitive, dramatic, hysterical, crazy. As Jenna Sauers wrote in a 2012 Jezebel piece on the gendered weaponization of the term “crazy” and the pathologizing of women’s emotions, “The male gaze was for virtually all of human history synonymous with the medical gaze, and men assigned themselves the authority to determine which bodies are sick and which are hale.”

Now, Spears is the subject of the Emmy-nominated Hulu documentary Framing Britney Spears, which grapples with the media’s role in her downfall. For young women who grew up watching a pop star not much older than them fashioned into a tabloid monster, it’s hard to overstate the magnitude of watching “Leave Britney alone!” transform from a punch line to a public statement of solidarity championing Spears’s release from the conservatorship that stripped her of her bodily autonomy and personal freedoms. In 2017, Vanity Fair chronicled Spears’s journey from Mouseketeer to wild child to trainwreck to victim, noting that lessened public stigma around mental-health challenges has brought wellness culture and celebrity culture together. At the same time, a reality in which “Demi Lovato can snag a People feature by opening up about [their] bipolar disorder and Selena Gomez talks about depression on the cover of Vogue,” as the piece notes, can feel strangely parodic given the media’s previous hounding of Spears: The fickle, sensationalized nature of the celebrity gossip mill means that the same outlets that gleefully documented her downfall now celebrate her as a feminist hero.

Tolentino’s essay describes a kind of female renaissance, an overcorrection into the era of the girlboss—a term that was initially coined as empowering, but that quickly became a joke. The name itself is predicated on the assumption that a male boss is the default; and the women founders associated with the title—Nasty Gal founder Sophia Amoruso (who popularized the term), Steph Korey of Away, Ty Haney of Outdoor Voices, and Miki Agrawal of Thinx—saw their girlboss empires collapse after the workplaces they created were revealed to be as toxic as those perpetuated by male bosses. And the co-optation of feminist ideology by any woman who wishes to justify a personal agenda demonstrates that while plenty of women can succeed within oppressive structures built by and for men, they’re not going to have an easy time billing it as liberation.

The void left by the girlboss, along with the ongoing expectation that women support all women, has culminated in what Twitter user @cinematogrxphy christened the “good for her” cinematic universe (a reference to an iconic Lucille Bluth quip from Arrested Development): it includes The Witch’s Thomasin, Midsommar’s Dani, Us’s Red, The Invisible Man’s Cecilia, Knives Out’s Marta, Gone Girl’s Amy, Grace in Ready or Not’s Grace, and Suspiria’s Suzy. The narrative contexts in which she exists—thrillers, mysteries, and horror films—allow her to resist the expected tropes of those genres: damsel in distress, traumatized avenger, plucky final girl. The “good for her” girl is a character we root for simply because she’s been wronged—and she responds by turning from victim to victor, frequently through horrific violence. Often meek at the beginnings of these films, she comes out swinging in the end as a manifestation of the monstrousness that those of us who have also been wronged revel in. We might not want to take our own revenge on a cheating partner by framing them for murder or sentencing them to fiery death in a bear suit, but hey—good for her. The catharsis of these characters can read as a recasting of the scorned- woman trope in a contemporary context that encourages empathy: Her ending doesn’t hinge on her doing what is right, but on doing what is satisfying.

The reframing of Spears and emergence of the “good-for-her” girl suggests that tropes can be reclaimed, that their cultural shorthand can be re-translated.

The reframing of Spears and emergence of the good-for-her girl suggests that tropes can be reclaimed, that the cultural shorthand they represent can be re-translated. And yet we still aren’t fully comfortable with women, fictional or celebrity or otherwise, who cannot be slotted into a recognizable role. The recent surplus of villain origin stories for the likes of Maleficent, Harley Quinn, and even Cruella de Vil speaks to the expectation that women who do bad things weren’t born that way, but were pushed toward villainy. The question that remains now is: What can a woman be when she’s not a trope? And attempting to answer it demands that we unlearn a language about women developed by men, in systems created by men, in a society run by men—a language in which most of us were raised to be fluent. Fans of the 2009 film 500 Days of Summer often hate Zooey Deschanel’s titular character for her treatment of Joseph Gordon-Levitt’s Tom, so much so that Gordon-Levitt, in a 2018 Twitter thread, urged people to “watch it again.” Tom, the actor pointed out, is not the hero; the relationship ends poorly in large part because Tom projects his desires onto Summer while ignoring who she actually is—and, of course, it’s his first-person narration that frames her as the villain. The negotiation of framing implies that all women have to do is choose, free of social pressure, how we want to exist in the world. But our deeply entrenched social expectations and norms often say otherwise.

That said, the growing influence of social media has given celebrities—and by extension, us regular folks—the extraordinary opportunity to command our own narratives. In a 2020 BuzzFeed News feature titled “How Margot Robbie Changed Her Hollywood Destiny,” Anne Helen Petersen notes that “the imposition of a (male) writer’s gaze onto the image of a burgeoning (woman) star had been standard practice,” but now we no longer need to rely on journalists to inform our opinions of women in the public eye. Women can use their personal platforms to create their own narratives and shape public perception of them; they can rebut, clarify, and defend themselves against negative press.

The woman who has divested from masculinity, wrote literary theorist Sue Kuykendall in a 1996 issue of the academic journal College Literature, opens herself up to possibility: “Her very identity-less identity sets the stage for rhetorical inventiveness.” But though freedom from the demands of masculinity can feel like liberation, it also reveals just how difficult it is to evaluate women outside of a lens trained on the male gaze—one that at best positions men as a point of comparison, and at worst sees them as the unequivocal norm. Is there any way to exist as a woman that isn’t fundamentally reactionary? Does the absence or rejection of a trope simply usher in a new one? Is there any way to examine womanhood apart from its opposition to masculinity, or are they suspended as an inherent Möbius strip of tension, two sides of the same coin? Who are we without the bonds of our oppression? The answers to these questions, in art and in life, will inevitably be messy, complex, and imperfect. But perhaps that gives us permission to be those same things, too.

Read this Next: Tight Reins 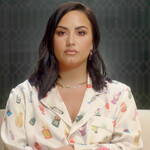 by Sadaf Ahsan
We love to keep our pop stars under a tight lens. 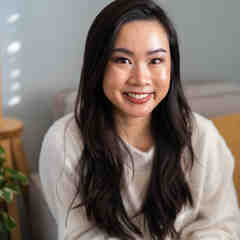 Jennifer Chang is a born-and-raised Californian and brand strategist living in New York, with a degree in English from the University of California, Santa Barbara. She is fascinated by pop culture’s intersection with social systems and power structures, and passionate about fostering empathy through storytelling. She writes an infrequent blog and is very opinionated on Twitter.