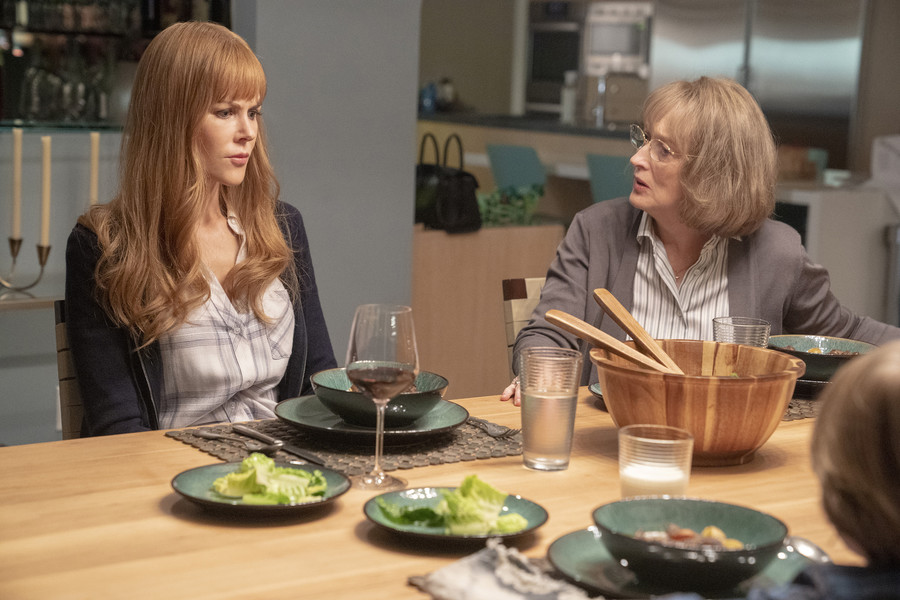 In an early scene in Season 2 of Big Little Lies, Celeste (Nicole Kidman) and her twin boys are having dinner with Mary Louise (Meryl Streep), her bereaved mother-in-law who has come to town for some answers about the death of her son, Perry (Alexander Skarsgård). When the boys begin bickering, one of them sheepishly says, “I miss dad.” Mary Louise, who slips in and out of vindictiveness and warmth with the same ease as her late son, begins comforting them, telling them that she also misses their father, and that grief is a long, messy process. She then tells the children about her own anger at friends who still have sons, who, in her eyes, “aren’t a patch” on Perry, and that losing him made her want to scream. “So I did,” she says—and, to illustrate, offers a piercing, ear-rattling scream.

I’d seen articles and memes about The Scream on Twitter, but nothing could have prepared me for actually witnessing it. When I rewatched the episode knowing full well what was coming, my breath still caught in my throat. The scream is jarring, guttural, and intensely cathartic. Other people who have grieved a loss will recognize her impulse and her pain. But when Celeste and her sons recoil with horror, it’s clear that Mary Louise’s scream is something else: an abusive act designed to upset, terrify, and illustrate the unpredictability of a family’s matriarch. The way she later comforts Celeste when she wakes screaming from a night terror and then interrogates her coldly about the contents of her dream is evidence that Perry—a doting father who also brutally beat his wife—inherited his duplicitousness from Mary Louise.

Big Little Lies never lets us forget that it’s a show about the inextricable hold that domestic violence has on those who experience it, witness it, and survive it. Everything Celeste endures—the inability to see herself as faultless, her persistent pangs of desire for Perry—tracks with what we know about the impact of domestic violence: the role of manipulation, the way abusers alternate between violence and affection, and the abuser’s ability to cast themselves in the role of   victim. In the aftermath of Perry’s death, Celeste is struggling to cope: we see her flashbacks, glints of the moments of passion that she misses, juxtaposed with images of the violence she endured. She’s resorted to taking sleeping pills; Madeline (Reese Witherspoon) has to pick her up after Celeste crashes her car in an Ambien haze. In another episode, she brings home a bartender and wakes the next morning disoriented, seemingly unaware of what happened the night before—until her one-night-stand walks through the living room just as Mary Louise brings the boys home.

Even in death, Perry exerts an insidious effect on Celeste, one that Mary Louise can expertly exploit. She passive-aggressively accuses Celeste of not grieving Perry appropriately, her suspicion far from subtle; she bad-mouths Celeste’s parenting to Jane (Shailene Woodley) after discovering that Ziggy, too, is her grandson; and she even goes so far as to seek custody of the twins. It’s agonizing to watch Mary Louise play vindictive head games Celeste while openly waving away both Celeste and Jane’s accounts of Perry’s violence. It’s also difficult seeing Celeste grapple with her guilt in therapy sessions, recounting nightmares in which she is a monster hurting Perry and wondering if things would have been different if she hadn’t chosen that fateful night to leave him.

Madeline (Reese Witherspoon) initially seems unfazed, but it soon becomes clear that she’s simply moving at a faster pace to avoid her personal issues, including a teenager who doesn’t want to go to college and a marriage that’s falling apart. Renata (Laura Dern) is also juggling an array of personal problems, including a husband whose fraudulent misdeeds might force her to forfeit her entire fortune. Bonnie (Zoë Kravitz) has withdrawn into herself; heavy with guilt and resentment, she’s avoiding her husband, her child, and the other women. Unable to share her grief with her immediate family, she increasingly resents Madeline in particular for concocting their cover story.

And Jane, despite a new, noticeable levity, is nevertheless plagued by the aftereffects of her sexual trauma. She’s struggling to be intimate in a new relationship and trying to figure out how to talk to Ziggy about his father’s crime after Madeline’s daughter tells Ziggy that he and Celeste’s boys are brothers. In an absolutely gut-wrenching scene, Ziggy tells Jane that he knows what happened to her had something to do with “a salt;” Jane, tears streaming down her face, has to explain what an assault is.

Big Little Lies never lets us forget that it’s a show about the inextricable hold that domestic violence has on those who experience it, witness it, and survive it.

Monterey’s women are embodiments of life after trauma, illustrations of the way domestic violence creeps into the lives of victims and then spreads to their friends, parents, children, and others around them. Madeline is a tiny tank who’s moving forward efficiently—often carelessly but not intentionally indifferent. Jane is the dark relief that comes with justice for an unjust act—there is no going back to zero, only moving forward with one less weight. Celeste’s twins and Jane’s son, along with Mary Louise, are living iterations of Perry’s legacy—a terrifying possibility that’s apparent when Celeste sees her children violently fighting each other. Bonnie is the reality of consequence. She is the catalyst of everything to come—the fulcrum.

Or is she? It’s painful to watch the women of Monterey carry the burden of a fate not of their own creation. As we see them grapple with the blowback of Perry’s death, an eerie and frustrating dichotomy emerges in the way the women bear the weight of their own actions versus their ability to place blame on the actual villain. Even though he was the monster, they have to cope with the trauma and guilt of his death. Big Little Lies’ depiction of domestic violence and trauma is so powerful precisely because it allows its leads to be more than victims, more than wives, more than mothers.

It’s about a group of indomitable, complicated, deeply flawed, and effervescent women, and the violent, emotionally stunted, careless men in their orbit. It’s about the way women carry so many versions of ourselves inside, and the way these rotating personas bleed together, how they ooze out of us as we are pushed further and further to our emotional brink.

Read this Next: Guilty Parties 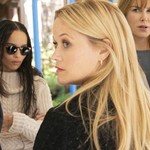 by Aline Dolinh
There’s something aspirational about the way “Big Little Lies” imbues even the most dysfunctional situations with a gloss of camp-adjacent catharsis.