21 Bitch Approved Podcasts All Feminists Should Listen To | Bitch Media

21 Podcasts All Feminists Should Listen To 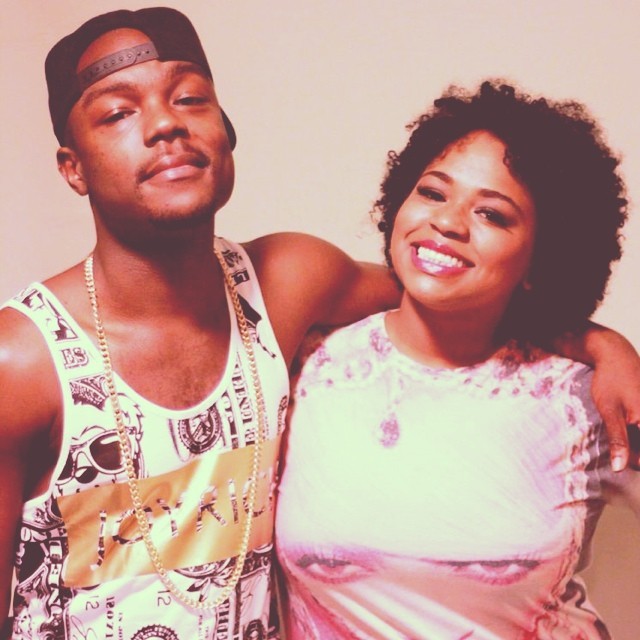 There are too many podcasts in the world, and it seems that new ones pop up every day. Deciding what to listen to seems impossible, so here’s a list of 21 podcasts that are worth investing in, especially if you’re a feminist.

Not to toot our own horn, but Popaganda is lit! Contributing editor Sarah Mirk explores larger themes, including self-care, capitalism, and how queer people create community, twice a month. What’s fascinating about Popaganda is that it doesn’t take a singular view on bigger issues. Instead, guests are able to offer multiple perspectives that definitely resonate.

Georgia Hardstark and Karen Kilgariff are obsessed with murders, especially unsolved ones, those committed by serial killers, and those with female victims. My Favorite Murder is the output of their obsession: Each episode chronicles a haunting true crime case. Surprisingly, the extremely popular podcast is considered a comedy because the hosts balances the grittiness of true crime with incessant wit and humor. My Favorite Murder also confronts the legitimate fears that many women have about being attacked.

Every week, more than 5,000 listeners tune into Black Widow to delve deeper into Jessica Kelly’s unbound and risqué sex life. The fictional erotica podcast chronicles Kelly’s quest to unlearn the religious concept of purity, and re-center pleasure in her sexual quests. Black Widow is designed to help women become more comfortable with their sexuality—and it definitely achieves that.

Another Round has rightfully set the bar for pop culture podcasts. Heben Nigatu and Tracey Clayton are a majestic duo who playfully, but honestly, take their guests, including Hillary Clinton and Melissa Harris-Perry, through the ringer. Their questions, such as, “What do you think Solange was saying to Jay-z in the elevator?” are poignant, but funny, and their guests are always open books. Another Round should be in your podcast rotation. If it’s not, congratulations, you have an entire archive to catch up on.

On The Black Joy Mixtape, the High Priestess of Black Joy, Amber J. Phillips, and the King of da South, Jazmine Walker, offer Black feminist perspectives on everything from police brutality to Beyoncé’s pregnancy announcement. Though the show runs the gamut of politics and Black popular culture, their wittiness makes the episodes cohesive, thematic, and impossible to pass up.

Women of color have been traveling forever. There are even organizations, like Parlour and Travel Noire, that are dedicated to their globetrotting adventures, but On She Goes, a platform for women of color travelers offers a network of writers and creatives who love to explore new places. Aminatou Sow hosts On She Goes’s podcast, and in just four episodes, she’s managed to nab guests, including Roxane Gay and The New Yorker staff writer Jia Tolentino, and ask them tough questions about traveling as women of color. If you’re considering taking a solo trip, On She Goes is definitely the podcast you should be listening to.

Comedian Phoebe Robinson’s podcast has gotten considerably whiter lately, which completely belies the sarcasm of its title. The You Can’t Touch My Hair author created the podcast after growing tired of being the only Black woman in a sea of white comedians, and for a while, she spotlighted comedians and creatives of color. Robinson’s archives are full of treasures, including candid interviews with Issa Rae, Constance Wu, Nia Long, and Lizzo, but her platform has shifted a bit. The last two episodes featured Tom Hanks and MSNBC host Chris L. Hayes. So much for so many white guys.

What’s worse than living eons away from your best friend? Besties share a secret language, usually conveyed through side eyes, memes, and a glance that is immediately understood. For Aminatou Sow and Ann Friedman, Call Your Girlfriend has become their way of staying connected, despite the distance. Each week, the BFFs chat about pop culture, politics, feminism, and all of the grayness that exists between them. We’re just lucky that we get to eavesdrop on a cross-cultural friendship.

When Anna Sale won an employee contest at WNYC to create Death, Sex & Money, she had no idea how immensely popular her podcast would become. The title, alone, makes it intriguing, but the premise is what really reels people in: Sale asks tough questions about the three uncomfortable topics in the show’s title. Death, Sex & Money is consistently one of iTunes’s highest ranked podcasts for good reason.

Fatima, Alesia, Aurelia, and Ramou are pop culture experts, and it definitely shows in Black Girls Talking. The four co-hosts exchange ideas about everything from cultural appropriation to representation in an enlightening, witty, and very relatable way. Black Girls Talking sounds very much like the conversations I have with my Black sister-friends at brunch, which makes the podcast all the more engaging.

RuPaul is a legend—period. Between being the HBIC on Drag Race, co-starring as the sassy Black gay friend on Girlboss, and interviewing pop culture legends on his podcast, it’s unclear when, or if, RuPaul sleeps, but who are we to complain? What’s the Tee runs the gamut of pop culture from interviewing legendary television showrunner Norman Lear, who’s responsible for The Golden Girls, The Jeffersons, and a bunch of other shows that we still binge, to dishing gossip with Lady Gaga. Best of all, RuPaul’s larger than life personality is at the forefront of the podcast, as it should be.

Yes, two Bitch podcasts are on this list, and no, I’m not ashamed. Senior engagement editor Dahlia Grossman-Heinze and contributing editor Amy Lam are the bomb ass cohosts of Backtalk, and they offer unfiltered thoughts about everything from Bustle’s fuckery to The Handmaid’s Tale refusal to grapple with race. Get into it.

History is fascinating, but often, women are sidelined while men get all the glory. Rosa Parks is the prime example of this erasure: She’s been reduced to an elderly seamstress who simply refused to give up her bus seat, though Parks was raising awareness about sexual violence when Martin Luther King Jr. was still in high school. Susan Vollenweider and Beckett Graham a.k.a. the History Chicks are shining a necessary spotlight on the forgotten stories of women, including Parks, Julia Child, and Jane Austen. There’s nothing boring about the podcast either. Whether they’re discussing Cinderella or Cleopatra, the cohosts bring an undeniably electric energy to the conversation.

White men don’t have a toehold on nerd culture, but for much too long, it has seemed that way. Black Girl Nerds has been wrecking the idea that only white men can be geeks since 2012 when creator Jamie Broadnax launched her empowering online community for nerds of color. Now, the popular platform has expanded to a podcast that does much of what the site is known for: Bringing eyes to underrepresented aspects of pop culture. Black Girl Nerds is the podcast for those who love Wonder Woman, but are tired of reading how white women feel about it.

Comedians can make light of difficult situations, including the political Twilight Zone we’ve been living in since November 9. On Politically Reactive, W. Kamau Bell and Hari Kondabolu use humor to explore questions about politics that deserve answers, like, “why are voting rights being impeded?” and “what is a super delegate?” It’s the kind of podcasts that those who are curious about politics should wade in.

Food is one of many lenses that can be used to analyze power, privilege, and colonization, and Racist Sandwich has conversations about exactly that. Soleil Ho, Zahir Janmohamed, and Juan Diego Ramirez have all written about or worked in the food industry, so they have a unique perspective on how race, gender, class and food intersect. Racist Sandwich is amazing because food is so intrinsic to each host’s identity, and that shows up time and time again in the podcast, especially when there are controversies about how a cultural food has been appropriated.

17. Never Before with Janet Mock

Janet Mock is a national treasure. While mining her personal experiences for meaning is Janet’s superpower, interviewing celebrities is a close second. On Never Before, the Surpassing Certainty memoirist asks guests about the lessons they’ve learned over the course of their lives. Her first guest is Tina Lawson, the source of Beyoncé and Solange’s brilliance, and a tastemaker in her own right. It’s one of Mama Tina’s best interviews, and that has everything to do with the interviewer. Never Before allows Janet to continue shining as only she can.

The Read is the OG podcast. When podcasts were still in their infancy, Kid Fury and Crissle became audience favorites with their biting pop culture commentary, obsession with Beyoncé, and hilarious strawberry letters. As the cohosts continue ascending in their careers—Kid Fury is now doing standup while Crissle is an in-demand TV personality—The Read remains their collective space for making sense of the senseless.

Language is complicated, but few people can break it down as effectively and humorously as Helen Zaltzman. Exploring the origins of language could easily become monotonous, but Zaltzman keeps linguistics simple. She aims to add cultural context to the prefixes we’ve been struggling with since elementary school.

Mental health, Black pop culture, fatherhood, and masculinity are four of The Extraordinary Negroes’s core themes, and few podcasts tackle these topics as beautifully as Alexander Hardy and Jay Connor do. Black men podcasters are few and far between, but they shouldn’t be. The podcast is hilarious, but also delves deep when needed.

If there are too many podcasts to choose from, The Big Listen is what you should listen to. Host Lauren Ober introduces listeners to under-the-radar podcasts and interviews other podcast creators, so you can make an informed decision about what to listen to. If all else fails, there are 20 other picks on this list. Just saying.

I love Away With Words. The hosts are hilarious and the content isnt average. They featured their mothers in all of May's episodes and it was great. From their opening segment (which I am using for my next sister circle) to the petty parlor and the knock it the f*&$ off segment, its a truly entertaining podcast.

Listen to #ThottySummers by Away With Words The Podcast #np on #SoundCloud https://soundcloud.com/myawaywithwords/thottysummers

Please add The UnMute Podcast too!