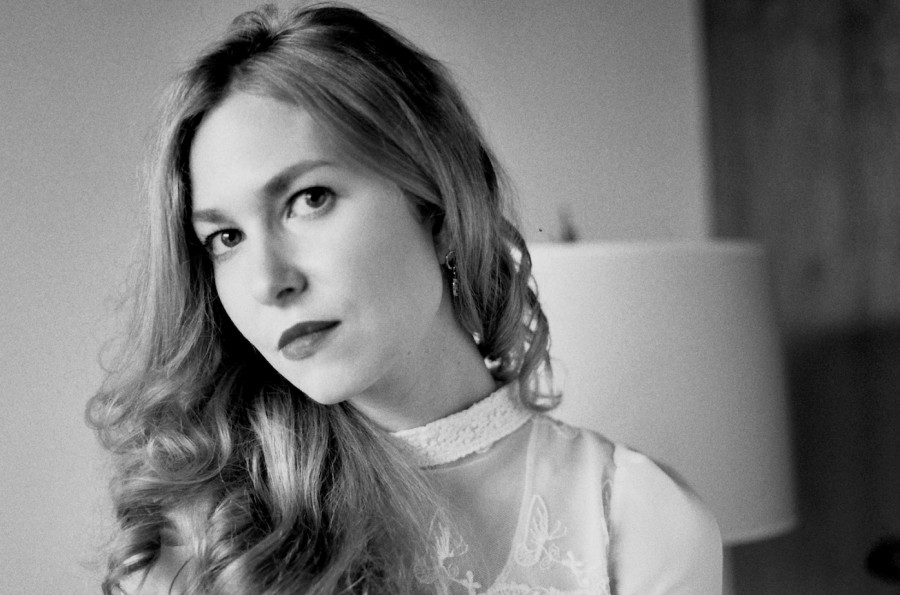 Allie Rowbottom was holed up in a cabin in Montana several years ago when she started writing Jell-O Girls: A Family History, which was released on July 24, but she didn’t know at the time how a project with “so many seemingly disparate narrative threads” would come together. “I wanted to tell the story of the impact of our cultural push toward domesticity (and later, women’s push away from it), because the cultural imperative to dictate where and how women should fit in a society shapes every single American life,” she says via email the week after the book’s release.

A few years later, when her mother got sick for the final time, the New England–raised, Los Angeles–based writer found a solid scaffolding for the book and began “to connect [these seemingly disparate ideas] for readers.” But it wasn’t easy. “I did waver at times,” she says. Eventually, though, she found her way, using a cultural history of the kitchen, and Jell-O’s place within it, as her throughline. “The kitchen especially can be seen as a historical nexus, in this case, for the history of American feminism.” This is an especially poignant topic for the 32-year-old Rowbottom, whose great-great-great grand uncle bought the patent for Jell-O in 1899 for $450 and sold it 26 years later for $67 million.

Jell-O Girls is at once a memoir, a family history, and an overview of the domestication (and dissolution) of the American kitchen. The narrative covers three generations of women—beginning with Rowbottom’s grandmother, Midge; then focusing mainly on Rowbottom’s late mother, Mary; and later, zooming in on Rowbottom herself—as they battle the gendered cultural expectations placed on their minds and bodies. They’re ordinary American women whose lives were altered by the unwitting inheritance generated from America’s classic dessert and the “curse” that seems to accompany it.

Mary’s presence in Jell-O Girls is an anchor around which much of the other stories are centered. It was at Mary’s urging, and with her help, that Rowbottom wrote the book. And it is Mary’s obsessions that drive the course of much of the action and direction as the narrative progresses. She’s obsessed with ferreting out the family “curse;” she, along with Rowbottom, is fascinated by a 2012 news story out of Leroy, New York, (where Mary grew up and Jell-O long had its plant) in which a group of teenage girls is overcome with alternating fits of frozenness and convulsions. Mary, who came of age in the second-wave feminist era, applies its tenets easily to her own life, unabashedly calling the curse patriarchy and embracing an essentialism that Rowbottom veers away from.

“I feel like essentialism comes from a lack of roundness in how a topic is considered,” Rowbottom says. “It’s myopia, or simplicity, and I think the issues and ideas that fill Jell-O Girls are too complicated to reduce to any tidy argument or conclusion. But I also think there’s room for a little essentialism to be, not arrived at, but considered. I say this because, coming from an academic setting, I noticed how often people would say, ‘That’s essentialist!’ as a way of shutting down a conversation, rather than exploring what essentialism means to the topic at hand.” This nuanced way of thinking is one of the things that makes Jell-O Girls such a powerful book.

The “curse,” essentialist or not, provides a fascinating framework. But for Rowbottom, the curse is more than just patriarchy:

“I’d agree that it’s patriarchy and, more specifically, the patriarchal imperative to keep women silent, separate from ourselves and each other. I also think the curse is trauma [that is] tied in many cases to patriarchy, but also is its own thing. I look back on my mom’s life, I look forward in my own and think about what could be changed if trauma, and the crushing shame it carries with it, could be spoken, dispelled. The publication of this book is bringing that up for me. There’s a voice inside that whispers I’ve done something wrong in telling this story, even as I know it is the truest, most important thing I’ve ever done.” 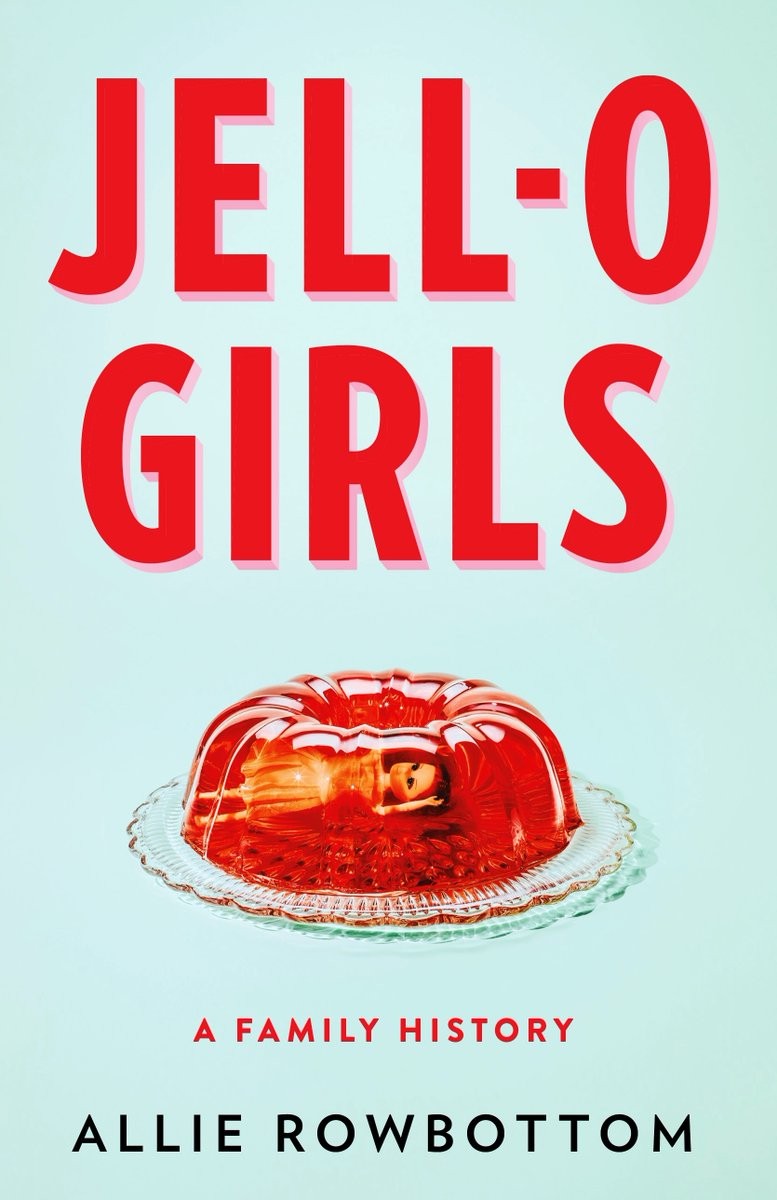 While these women’s story of extreme financial privilege is unique, Rowbottom makes a convincing case that their story is universal, at least among American women over the last century. For Rowbottom, the curse extends far beyond her family, and is directly linked to the scrutiny and control that society has long asserted over the female body.

Jell-O Girls covers a lot of ground: It’s both personal and political, subjective and objective, historical and deeply interested in the present moment. It bridges seemingly disjointed topics, such as Jell-O and the shuttering of the country’s first chartered women’s university and Jell-O and witchcraft. In the book, Rowbottom writes: “The history of witchcraft, like the history of the domestic-science movement and the Jell-O it loved, is a history of women’s work and women’s relationships.” Remarkably, Jell-O Girls never feels haphazard. Instead, the book feels like a well-told examination of the history of the American kitchen, and alongside it, America’s vision of the role women should play.

“Personally, the idea of where and how women should fit, behave, speak (or not speak) has so shaped my life, and my understanding of my mother and grandmother’s lives before me,” Rowbottom explains. “I have immense privileges, fought for by my feminist foremothers and tied to my race and class and still, I feel pressures every day that are unmistakably gendered and related to how I’m supposed to perform womanhood.” This intimate connection to her material becomes starkly clear when Rowbottom enters young adulthood. Mary attempts to curb the ill-effects of patriarchy on her young daughter’s life; “‘That’s the voice of patriarchy,’ she’d tell me, ‘and it’s our job to tell him to shut the fuck up,’” Rowbottom relays in the book, referencing her battles with an “invisible meanness” perched behind her ears.

It sounds cliché, but so long as women are consumed with reaching those unattainable ideals, or competing with each other; or so long as we are overwhelmed and unsupported, juggling motherhood, money, racism, classism and feminized poverty; so long as we’re conditioned to believe that by speaking our trauma, our truth, we’re doing something wrong, we’re not able to unite against the forces that have oppressed us

But despite her mother’s best efforts, Rowbottom struggles with an eating disorder during her high school and early undergraduate years. She religiously counted calories, establishing a handful of “safe foods,” including sugar-free Jell-O, but later, with her mother’s help, she enters a treatment center and confronts the underlying causes of her disorder. Rowbottom’s Jell-O–eating years stand out, mostly because they feel like a rejection of her mother, a peculiarly personal affront to a woman who spent most of her life disengaging from the brand.

When asked about this, Rowbottom clarifies: “At the time, I was dedicated to divesting myself of anything connected to my mom. I had to shut off our connection to stay disordered. I wouldn’t acknowledge the connection that food had to my mother’s life. I needed to see all food as stripped of its metaphoric meaning. Of course in making it the center of my life, I was imbuing it with tremendous power, though I couldn’t see that yet.”

Does she ever eat Jell-O now? “I don’t…. I really try to stay away from artificial anything,” she says. “But for my book launch party, I made several decorative molds which, at the end of the night, as we cleaned up, my husband and I started drunkenly forking into our mouths. It quickly became gross.”

Jell-O may be her birthright, but by unflinchingly exploring the crystal-hued dessert’s place at the American table, Rowbottom exposes yet another facet of this many-sided narrative: the role that capitalism plays in defining the feminine ideal. While she’s never overt about it, the pernicious influence of capitalism lurks in each Jell-O ad and old recipe she details (especially when ads began focusing on “controlling” the shape of the female figure). The domestic-science movement, which gained popularity following the Industrial Revolution, aimed to “simplify housekeeping, nourish families, and eradicate germs and sickness entirely;” it also demanded a strict perfection of women’s bodies and behaviors. Jell-O was in many ways the perfect conduit for the movement’s impossible ideals of femininity.

As Rowbottom writes, “Salads [often encased in Jell-O] were enmeshed with nature, which was in turn enmeshed with femininity…. Light and decorative, clean and delicate—these were the attributes a salad, and a lady, should possess.” She goes on to detail the long-standing (and ugly) influence of this notion on the female body and appetite. While cultural expectations may have shifted over the decades, something Rowbottom chronicles with expert precision, the problem of patriarchy and capitalism’s control of women’s minds and bodies remains.

Why? “Power,” Rowbottom explains. “It sounds cliché, but so long as women are consumed with reaching those unattainable ideals, or competing with each other; or so long as we are overwhelmed and unsupported, juggling motherhood, money, racism, classism and feminized poverty; so long as we’re conditioned to believe that by speaking our trauma, our truth, we’re doing something wrong, we’re not able to unite against the forces that have oppressed us.” In life, as in her writing, Rowbottom’s insights are brutally honest, and she never shies away from what must be witnessed. Has the family curse been exorcised by writing Jell-O Girls? Rowbottom doesn’t know. She says, “I’ve heard from other women, some even connected to Jell-O in similar ways to me, that have felt really moved by the book, and this feels like some triumph over the curse.”

Rowbottom’s next book takes her far outside the kitchen, though she will continue to explore ideas about “perfection and how it breeds disorder.” While her next book is also a memoir/cultural-commentary hybrid, she’ll be focusing on “the archetype of the ‘horse girl’ and my childhood and adolescence as a competitive horseback rider.” Is it tough to keep the lens so sharply focused on her life? She admits, “After this, I think I’d like to try my hand at fiction.”

What Happens to Queer People Who Don’t Have a Chosen Family?

A Vacation is Not Activism

Cooking with Queen Sugar, A Dish to Be Savored