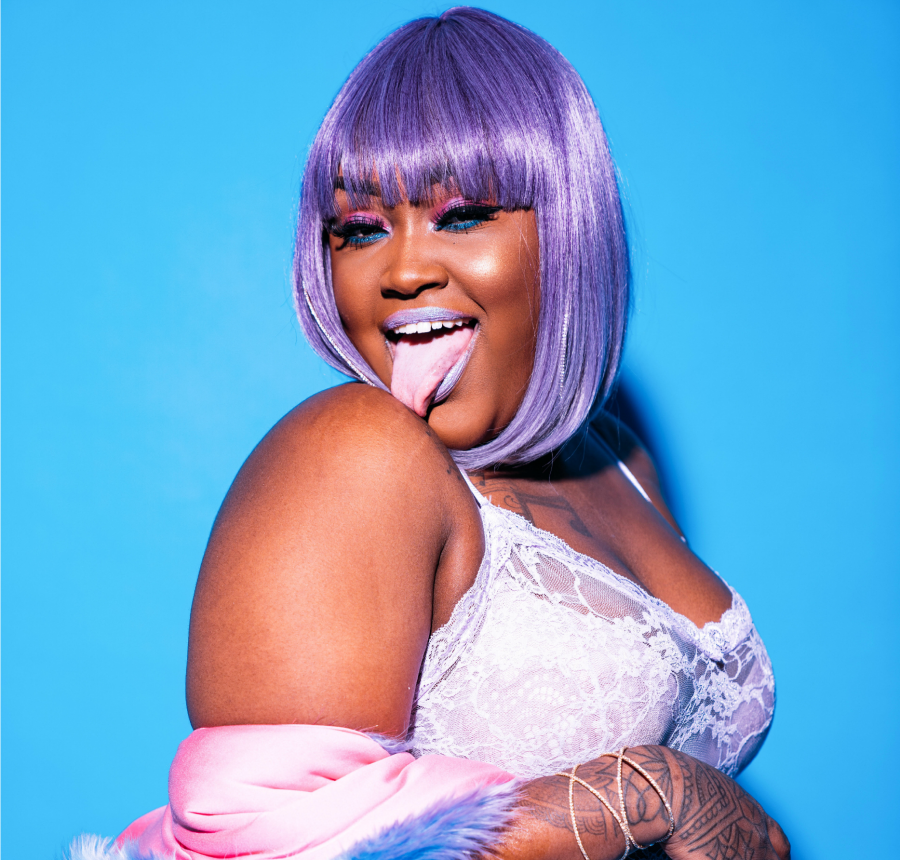 Against a national climate of repression, personal, and political taboo, Cupcakke stands out. No topic is off limits for the 20-year-old artist born Elizabeth Eden Harris. Her repertoire doesn’t shy away from topics that many dare not broach in public. From police violence to sexual assault, bullying, orgasms and personal hygiene, Cupcakke always gives her fans a soundtrack to vibe to, all the while asking us to reflect, “Am I staying true to me?”

Recently, Cupcakke released the video for “Crayons,” the latest single from her independently-released third album, Ephorize. In typical fashion, her new video is extra—in color, in props, and in spirit—and embodies a fearlessness that invites everyone to get closer to their best lives. She reaches the multiple identities and moods of audiences, demonstrating that it’s possible to be Christian, sexually freaky, emotionally intelligent, pompous, honest, moody, and political all at the same time.

Ephorize came out on January 5. What kind of tone do you hope that the album sets for the year ahead?

Ephorize is definitely timeless. It’ll live on forever. People can always return to it because it talks about social issues, sex, and things that people do every day and will always continue to do. It is a forever album, basically. I think there is a lot to learn from the album and a lot to take away from it, so therefore, it’s timeless. Like on “2 Minutes,” the first song on the album, I say “Be a better bitch than them bitches out there/ Want abortion money but not pregnant.” That line right there is motivational. I have seen so many videos being passed around about people who get abortion money and aren’t even pregnant. I just find it so grimey, so conniving, and so horrible.

It is clear that your loyal fanbase, called the “slurpers,” really, really love you. I think part of it is that you encourage people to express themselves in their truest forms. You also talk so openly and candidly about sex, so people become less afraid to express themselves. Why do you think it is important to talk about sex?

A human has 24 hours in a day. When you hear artists talking about making money, their frustrations with work, their relationships, that’s all about what they are doing during the daytime. But what about sex? If you’re over the age of 18, sex can also be a part of those 24 hours. People talk about everything else that happens during the day, but not about sex.

Not me though—I am putting my entire 24 hours out there, and that includes sex because sex is a part of life.

I saw a video of elders reacting to your music. Some responded positively, but mostly they were horrified. What do you say to people who are offended by your content?

If people are offended by that, you can tell them to go suck a dick. I am not the type to explain myself, like “please listen to this” or “please give this a try.” No. Because if you are a real loyal fan, you will know that I do all types of music and I am very versatile. It’s not just, “Oh, she does sexual music” because out of 100 songs, only about seven of them are sexual. 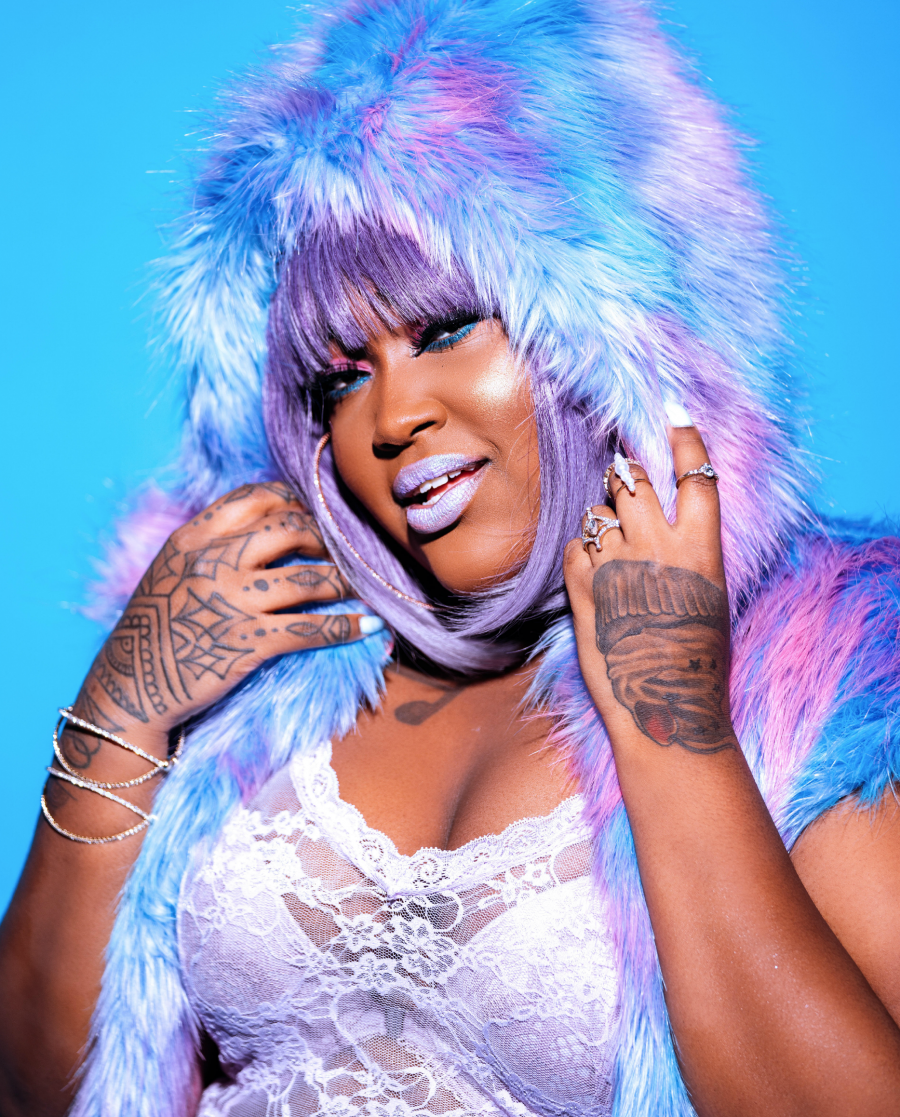 A lot of people expect rappers to be homophobic. With your anthem “Crayons” on Ephorize and “LGBT” on Audacious, you make it clear to your fans that you support and value sexual fluidity. I saw that you offered to pay for a hotel room for a fan who was kicked out of his house for being gay. What do you see as your responsibility as an artist to stand up for LGBTQ and other marginalized communities?

When I first did the “LGBT” song, it was to give praise to the community. I have a whole community in France that is part of the LGBTQ community, so why not do a song for them that they can vibe out to? LGBTQ people deserve to be treated equal, just like other people—no favoritism. When I did “Crayons,” it was more about me trying to let people outside of the LGBTQ community know. If you look at the videos, “LGBT” is about me embracing the community and we’re just having fun. The video for “Crayons” has more of a storyline to show people outside of the community that these people are human beings and to tell everyone who is homophobic that they need to have a better look at things. In the video I show that I can fuck with you if you aren’t homophobic.

On “Self-Interview,” you say “And most people already skipped this song ‘cause it ain’t about sex and killin’.” But in that song and in “Wisdom Teeth,” it is really clear that you are wise beyond your years. When did you realize the power of speaking your truths? How do you stay true to yourself?

I told myself I wasn’t going to do any deep songs on the album. We had deep songs on Queen Elizabitch (2017) and Audacious (2016). I didn’t want Ephorize to sound like the same project. [I wanted] the new album to just have a fun vibe—no serious songs. But I couldn’t work that like. I had to have something besides sexual songs and songs about being lit.

I wanted to have songs that could reach other people, too, so “Self Interview” touches on a lot of topics. On “Self Interview,” I also talk about the double standards between men and women: “Females have sex on the first night, they get called a hoe for that one night stand/ Men have sex on the first night, ‘Congratulations, you got around her bands’/ Most wouldn’t comprehend, double standards need to end.” I also talk about beauty on that song to tell people about their inner beauty. When I say, “Back then we had lipgloss and some overalls, that’s the usual/ Nowadays, I gotta show skin and wear sew-ins to feel beautiful” it’s to tell people that if you do put a sew-in in your head, which I do, make sure you know that you are beautiful with or without it.

What do you hope that fans take away from this album?

To Ephorize. I know some people have been having trouble finding the definition, but it means to be an influencer. Don’t be a follower, be a leader. Lead with confidence and be yourself.

What is a question you wish people asked you, but never do?

I wish people asked me simple things, like “how are you doing today?” Shit like that could go a long way with me.

This interview has been edited for clarity and length.

So Wonderful and Warm

Open-Minded: Rachel Krantz on Nonmonogamy as a Labor of Love

My Vagina Forced Me to Give up Nonmonogamy