Set Yourself FreeHow Generations of Black Women Have Fought Incarceration 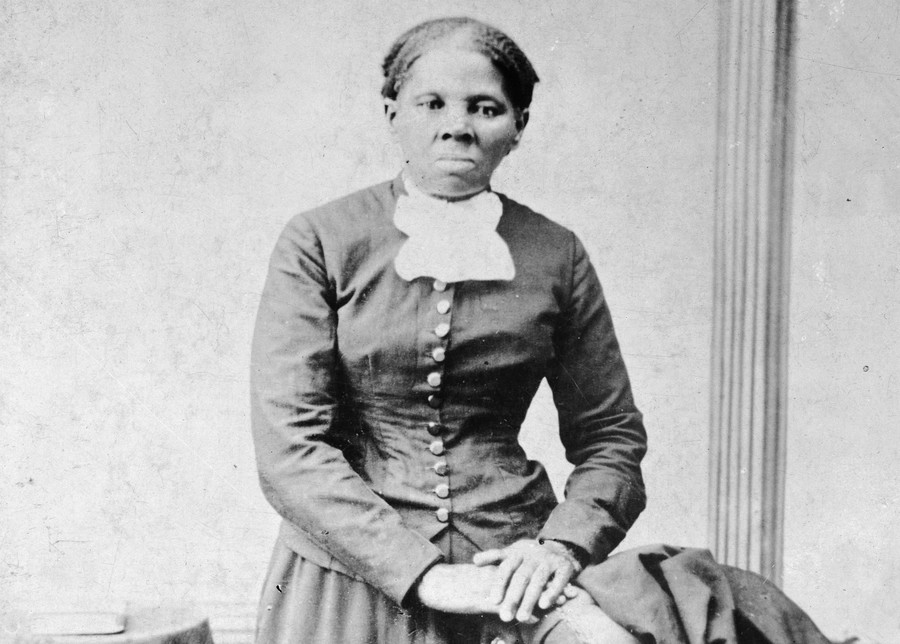 This image provided by the Library of Congress shows Harriet Tubman, between 1860 and 1875. (H.B. Lindsley)

While the mass incarceration of Black men in America is a widely discussed issue, Black women, who are incarcerated at much higher rates than their white peers, have been mostly overlooked. DaMaris B. Hill’s groundbreaking new book, A Bound Woman is a Dangerous Thing: The Incarceration of African American Women from Harriet Tubman to Sandra Bland, examines how Black women have historically fought constraint and oppression. The narrative-in-verse blends memoir with traditional poetic form in a way that expands Black literary tradition, just as Lucille Clifton’s Generations: A Memoir and Claudia Rankine’s Citizen: An American Lyric have done.

When Hill started researching for a novel she’s writing about Black girls who are incarcerated in Kansas in the 1930s, she read historian Kali N. Gross’s award-winning book Colored Amazons: Crime, Violence and Black Women in the City of Brotherly Love, 1880-1910. She was so moved by the women in Colored Amazons that she began writing poems about them. “I could not forget these women,” Hill, who’s an assistant creative writing and African American studies professor at the University of Kentucky, says. That includes Annie Cutler, imprisoned in 1885 for fatally shooting her ex-lover; Mary Hannah Tabbs, who confessed to the brutal murder of Wakefield Gaines; and Em Lee, who shot and killed her childhood friend, Stella Weldon, shortly after Weldon married.

The result is a clear-sighted, courageous, and unique look at both well-known and previously unknown Black women who resisted the boundaries of the criminal-justice system, entertainment, and, in Hill’s case, the military.

How did you decide how the book would be organized?

A Bound Woman is a Dangerous Thing is dedicated to my ancestors—relatives [who’ve already died] and those who are coming. When I write, I think about my niece. I think about my granddaughter who is not yet born, but [who] will come and will see that she’s already intently and intensely loved. I want them to know that [they] are loved, [and] come from a lineage [of] women who have chosen not to die and to not be discouraged.

I also want people to be aware of what Black women are experiencing around incarceration [and] to resist hopelessness. I take a lot of time in the book to explain the parallels between Assata Shakur and Harriet Tubman because they’re both women who did not experience violent deaths. Hashtag goals. I wanted readers to see how many parallels there are in how society views them, the ways they’ve been demonized in their lives, and the hyper-intelligent and spiritual fortitude it took to survive. They were not just invested in their own survival but [in] the survival of others.

It’s not necessarily clear from the title and the cover that there is a direct connection to incarceration or freedom fighting in each woman’s narrative, which you explain in the text.

I’ve noticed that people take the word “bound” very literally, but I mean it as a double entendre. There are no images of Black women [being] constrained in the book. It’s not my aim or intention to constrain these women. Their lives and experiences have given me hope, [and] I in no way want to reinscribe constraint on them. Another definition for bound is to spring forth and resist, and people like Grace Jones and Eartha Kitt were constrained by the entertainment industry [but] continued to defy it. This book is a meditation on how to resist this specific cultural time. I hate to admit it sometimes, but my experiences with the military and in my family put me in a position to have expectations of the Constitution and the Bill of Rights, and to see those documents disintegrate after such a political space of harmony and a space of home for democracy, to see a kind of voyeurism toward the murder of Black people and Black children is hard. 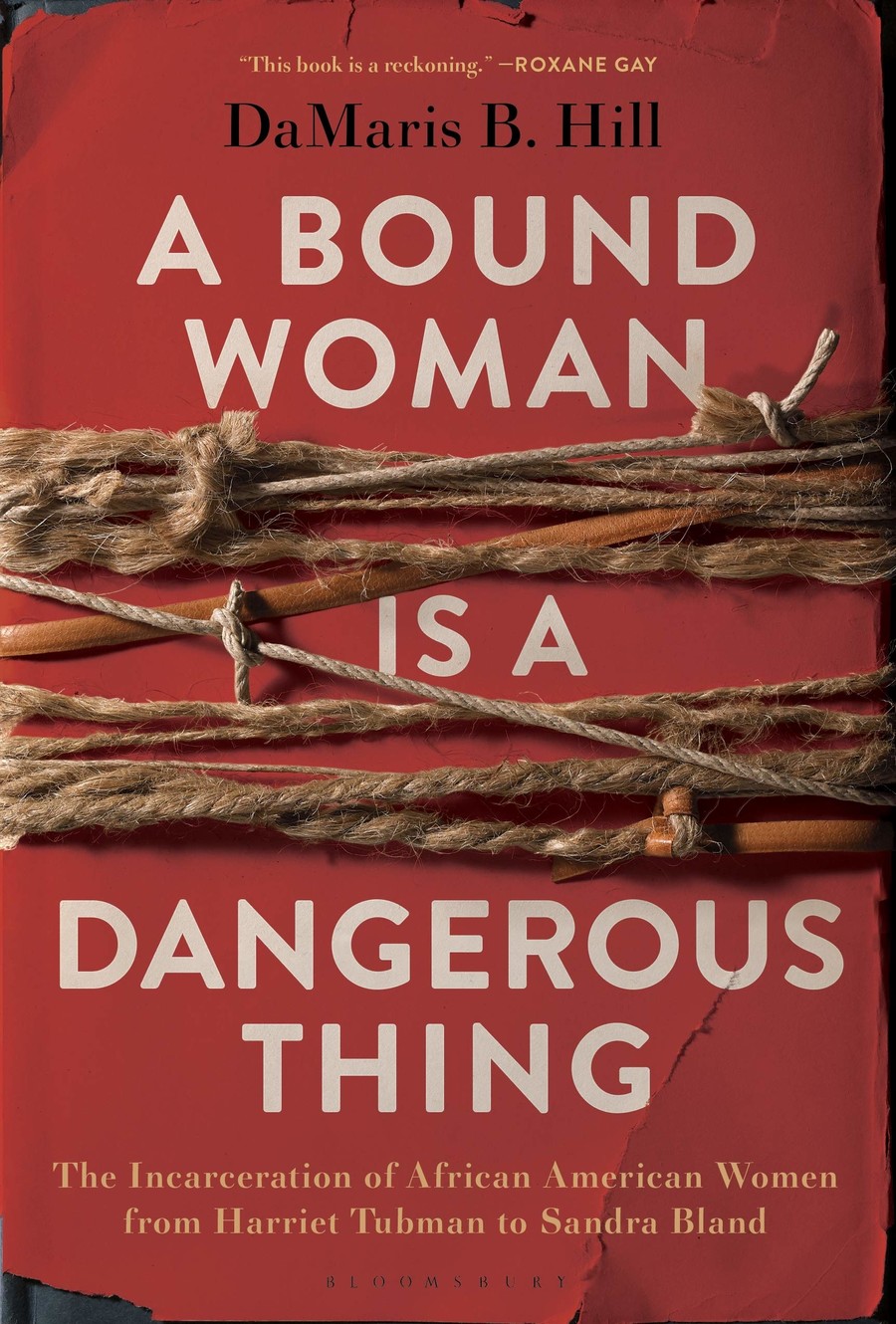 A Bound Woman is a Dangerous Thing: The Incarceration of African American Women from Harriet Tubman to Sandra Bland by DaMaris B. Hill (Bloomsbury Publishing)

Of Grace Jones, you write so beautifully, “She cannot be boxed in. She will change and become new again.” That reminded me of someone like David Bowie, but of course, white men have permission to transform and be different in ways Black women do not. Is the book meant to offer Black women that kind of freedom and inspiration?

How did you pick the women featured in the book, including yourself?

Gross’s Colored Amazons [which is about Black women navigating the criminal justice system in Philadelphia between 1880 and 1910], included transcriptions from their original court testimonies. And it was easy for me to relate to pleading for my humanity as a Black woman in very respectable all-white spaces. I just thought about what these women experienced, and [then] began drafting poems.

I drafted 16 poems, and during that time, I was listening to or reading about women who resisted incarceration or being bound. I’ve decided not to be suicidal, [so] my only other option is to resist this type of social inscription. I have to resist it every day. While I’m walking to my car, I’m Googling a quote from Ella Baker. I don’t want to say it was exclusively Black women—I sometimes listened to or read James Baldwin—but I chose to write about Black women because people are ignoring that Black women are being incarcerated. Black women are being erased, and I don’t want to be a part of that erasure.

[During] a three-week long writing residency at James Madison University’s Furious Flower Poetry Center, I meditated on the poems that reflected and honored the women I wanted to talk about. The collection was near finished when I started writing about my son, [who] became addicted to narcotics. He agreed to get treatment, [but then] he refused to admit himself. As someone who came of age during the crack epidemic, who has seen some of the extreme consequences of addiction in the lives of people I’ve loved and known, I was near hopeless and definitely debilitated at that point. I didn’t really want to socially engage with anyone for a long while. Writing was the first thing I was able to do in that state.

I wrote several poems about my identities as a mother, [a] warrior woman, a person who served in the armed forces, and an African American with a long history with this country. [I wrote about being disappointed] in this country and watching my son transition from a space of hope to hopelessness, anxiety, and fear. The book’s last poems reference my negotiation of [those identities]. I didn’t know they would be in the book, [but] a couple of months later, I shared them with my agent, and she said they needed to be. I honestly think [that] I’m far less important than any of the women in the book, so I didn’t think my story or my son’s story should be first. But I do think my story [speaks to] a contemporary moment and the layers of resistance [Black women] engage in. Though my son’s story is in tandem with my story, he’s the only male figure present in this [book]. He shares the final chapter with Gynnya McMillen, another young victim of incarceration, police brutality, and murder—though [her death is] not classified that way. [That final poem examines] the ways our collective futures are currently destabilizing in America.

Read this Next: Sister Soldiers

by Tasha Fierce
Unless you’re looking for their names, you won’t find the stories of all Black women shot and killed by police officers in the past five years in the discourse surrounding police reform.