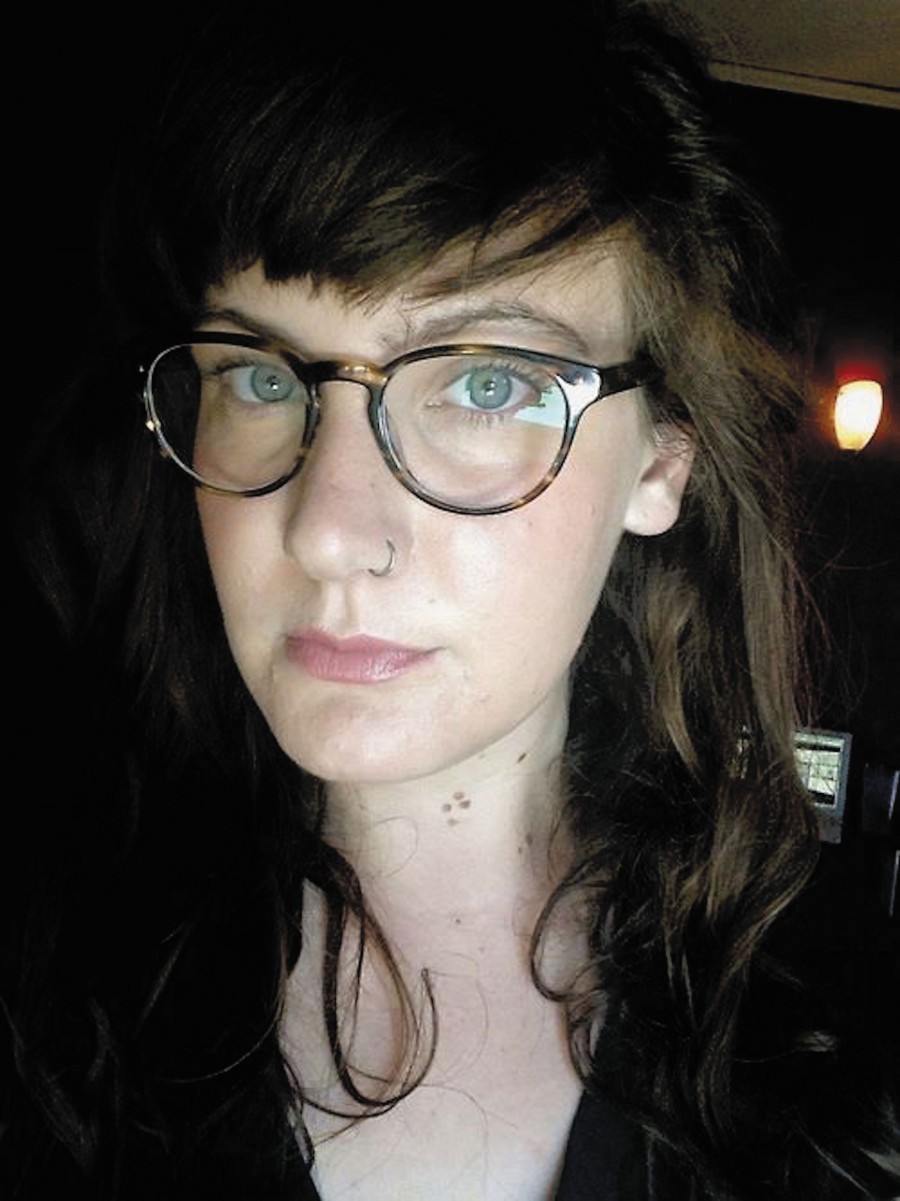 From Nicole Brown Simpson to JonBenét Ramsey, Twin Peaks to Pretty Little Liars, the Dead Girl trope has haunted American media and pop culture decade after decade. In her new essay collection, Dead Girls: Essays on Surviving an American Obsession, Alice Bolin picks apart our cultural preoccupation with Dead Girl stories to examine the misogyny and racism that so often lie just underneath. Bolin’s references run a delightful gamut from James Baldwin to True Detective to the 2010 reality TV show Pretty Wild to emphasize just how pervasive the Dead Girl trope has become—and interrogate how little its core script has changed. Bolin seamlessly blends self-examination and pop-culture criticism, whether she’s chronicling life in Los Angeles, the spiritual nexus of true crime, reflecting on the cult appeal of the teen-werewolf film Ginger Snaps and the novelist Shirley Jackson, or confronting white women’s complicity in white supremacy.

Bitch recently talked to Bolin about the problem with sentimental-education narratives, finding her own voice in the personal-essay tradition, and how detective stories let us overlook real injustice.

Are there any books, movies, or shows you’d want to include an essay on if you were writing Dead Girls right now?

People ask me or email me like, “Oh, are you going to write about The Night Of?” or [whatever] new Dead Girl thing that’s happening. And I feel like I already wrote about it, like I already said my piece. I wrote the “Dead Girl Show” essay because I was tired of that trope and didn’t really want to watch or write about those shows anymore at all. Lately I’ve become much more interested in survivor stories—in Final Girls instead of Dead Girls, especially with #MeToo and ideas about survivors and the way that they navigate the world.

You cite a lot of personal essayists and memoirists in Dead Girls. Who are some of your favorites to read?

Joan Didion is a pretty obvious influence, since much of the book is about her. I love Joan Didion so much, and I feel like she really influenced the way I think and write about place. But I have a lot of favorites; I tend to love essayists [who] merge the personal and the critical and who have kind of a wacky voice or outlook. I love Terry Castle—The Professor is one of my favorite books of all time—and The Possessed by Elif Batuman. Those two go together because they’re sort of these adventures in literature, but at the same time there’s a lot of revelation happening about the inner life of the reader/writer. I love Eula Biss, too: Notes From No Man’s Land is amazing, and On Immunity. Hilton Als is one of my very favorite writers ever; he uses criticism as a way to interrogate the world around him and his own experience. [His criticism] is very personal, and also very imaginative—it opens up possibilities instead of closing them off.

There are essays in Dead Girls about your time living in and learning about Los Angeles. How do you see the connection between the city and the Dead Girl trope?

I feel like the American West in general is very important in the evolution of the Dead Girl trope because we still see it as the frontier or the great unknown. People still [have] this prospector mentality, [like L.A. is] a place where you go to reinvent yourself, and I think those kinds of realities play really well into crime stories. Crime stories are often about hidden identities or self-made men or women, so to me it feels very appropriate.

Moving to Los Angeles and learning about L.A. and California is central to the narrative of the book because it was a coming-of-age moment for me. But it also exemplified experiences I’ve had my whole life [of] learning about the things that surround me through books rather than through life experience. I had these parallel streams in my life: the L.A. that I lived in every day and the L.A. that I learned about [through] reading.

Toward the end of Dead Girls you ask yourself the question: How can I use the personal essay instead of letting it use me? What do you think the answer is now?

I feel like I’m still figuring it out. But when I wrote that, I was thinking about not falling into patterns—in any kind of genre of writing, [but] especially in this genre that has become very feminized. The personal-essay tradition has many [women] greats, but you also have to think, once a genre becomes codified: What is the political end that it’s used for? What kind of stories are usually told? In what ways are those genre conventions holding up accepted ideas?

I think most great essayists have a kind of self-interrogation or skepticism about the self and the persona that they’re writing in. Janet Malcolm, who I should have mentioned earlier—she’s one of my favorite writers of all time—she’s very, very interested in the forms of nonfiction and the ways that we experience the self through psychoanalysis, or court cases, or in true crime. Those ways that we think about the truth and the ways we present the truth.

I feel like a kind of self-interrogation and looking inward, turning the camera back, is really the only way to make sure you’re not just reproducing stories that have already been told or that make your audience comfortable. Thinking about why you’re telling the story you’re telling and how you come off. Mary Karr writes about that in The Art of Memoir, about the ways that the battling selves become the plot in a lot of nonfiction. 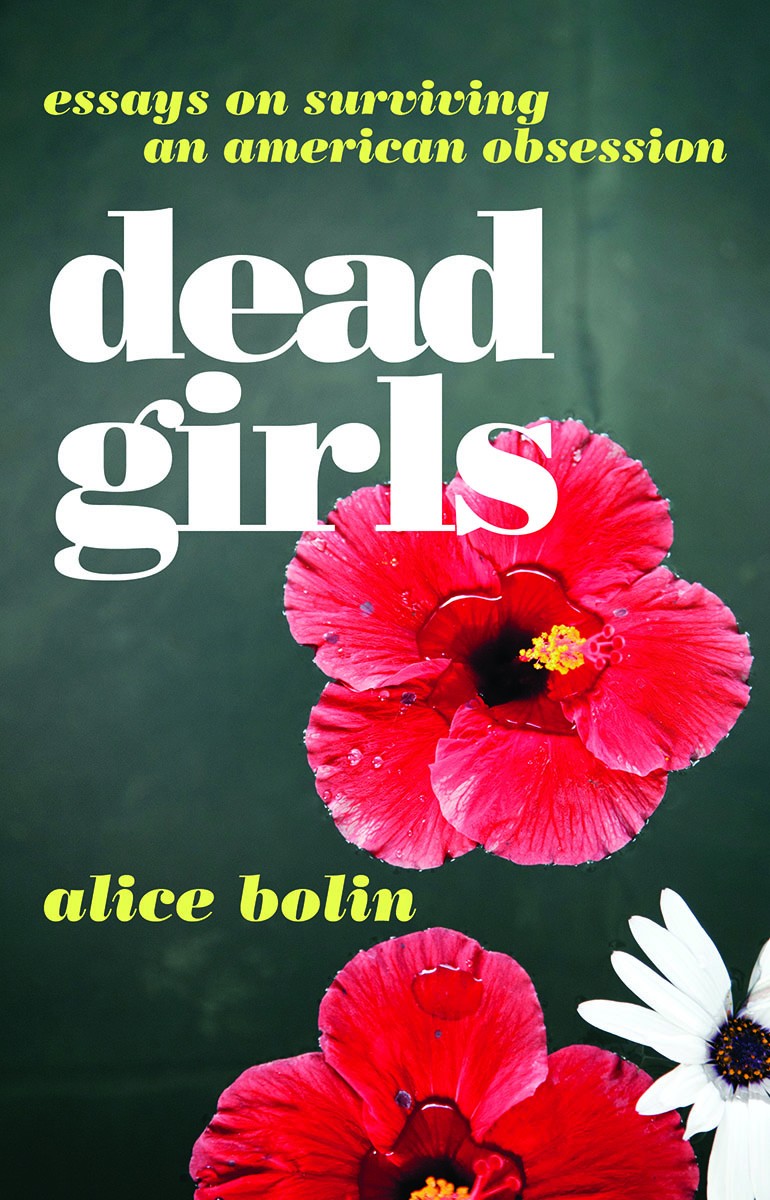 You write that in most Dead Girls shows, the victim’s body is a neutral arena on which to work out male problems, which we see in shows like Twin Peaks and True Detective. Is there pop culture that you think pushes back on that framing?

Something I’m wrestling with right now is whether subverting the Dead Girl trope is the way to go, or should we be trying to push back against that kind of mode of storytelling and not make everything a mystery that can be solved? I think there are Dead Girl shows that do subvert a lot of tropes. Pretty Little Liars and a lot of really silly teen shows like Riverdale, in [their] pulpy-ness and how over the top they go and how many rules they break, do in some ways undermine the rules of the Dead Girl show. They make it so they’re not really solving any problems, they’re not coming into any existential answer. They’re just winding their way through this maze that’s been created by violence and misogyny. It’s more like Alice in Wonderland than Sherlock Holmes.

I’ve said before that we will never have a real conversation about victims’ rights or decarceration or prison reform or sexual assault and harassment until we stop framing everything as a detective story, until we stop being so obsessed with these murder stories, and until we see that having everything resolved in the end, as satisfying as it is, is not the truth. That’s a narrative that [lets] us overlook all kinds of injustice.

I was really struck by the line: “Violent men’s grievances are born out of a conviction of their personal righteousness and innocence. They’re never the instigators. They’re only righting what has been done to them.” I’m thinking about the recent attack in Toronto and about Elliot Rodger and other misogynist mass murderers. Is there a way that you see the media narrative around these attacks—especially the need to humanize these killers—as related to the Dead Girl trope?

Dead Girl stories are ultimately about uncovering female darkness and revealing male innocence. Even when there’s a woman at the center—like Veronica Mars, say—it’s about uncovering the darkness within her. What happened to me? Why did I change? Why did I become dark? Dead Girl stories focus on male innocence and vulnerability because they often reveal male wickedness, so it’s about flipping the script, essentially—we see the detectives in True Detective crying and confronting this evil that’s so much bigger than them.

James Baldwin said the same thing when he wrote about white people being obsessed with their own innocence. I think it is about sort of an inherited guilt where it’s like, “I didn’t do it. Don’t blame me. I didn’t enslave anyone. I didn’t kill any Native Americans.” I feel like this sort of virulent misogyny that results in mass violence is related, because it’s about a self-centered conviction in the perpetrator’s own innocence and their victimhood.

In the book’s last essay, “Accomplices,” you write about white women’s complicity in white supremacy. Why did that feel important for you to address?

The ways that white women participate in their own oppression [connect to] the ways we dwell on, or participate in, or create Dead Girl narratives. I felt like it was my job to try to deconstruct some of those narratives that hold up white female supremacy and value and think about [how] gender and race come together in crime narratives. The ways in which Dead Girl narratives prop up white women are relatively obvious, that it’s like our deaths [or] our lives matter more if we are the victims of brutal violence; there are lots of victims of violence who are not treated in the same way.

I also feel like there are more ambiguous survivor stories about white women. I talk about Patty Hearst in the book, [as well as] the traditional sentimental-education narrative of Jamesian novels about a white woman being put through the wringer, who loses her innocence and learns about the world. I was really attached to that notion of myself as well, and [in] my first year in L.A. I had to undo that in order to come to any kind of maturity or happiness. We love those sentimental-education stories, and I was attached to them because [they promised] that I wouldn’t have to work on myself—the world would work on me. I came to see the passivity, essentially, in the stories of many white women. I felt that it was my duty in telling my own story to illuminate my own complicity and not think about myself as somebody whose experience happened to them but somebody who collaborated in creating those experiences. Even the negative ones.

This interview has been edited and condensed for clarity