Siren SongsNina MacLaughlin on Revisiting the Women of Ovid’s “Metamorphoses” 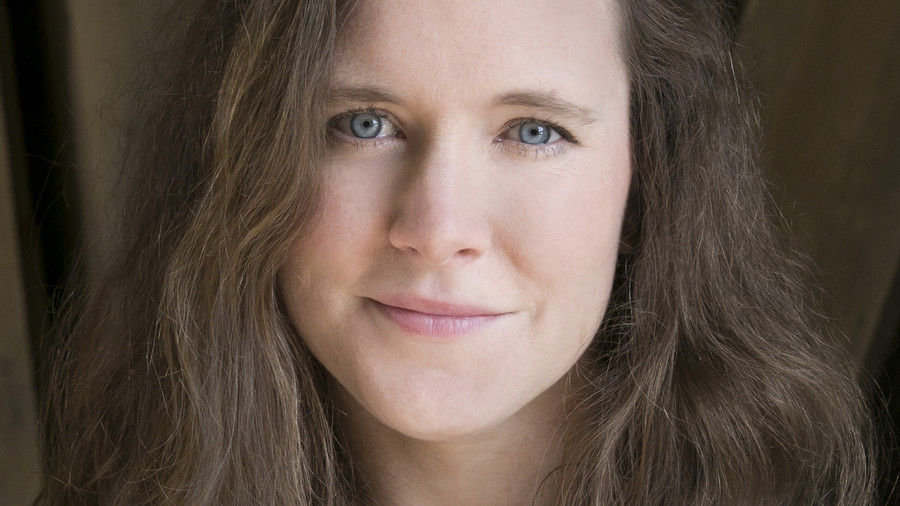 Nina MacLaughlin’s new book, Wake, Siren: Ovid Resung, began as a series of writing exercises. Like countless authors before her—not to mention poets, playwrights, and visual artists—MacLaughlin turned to Ovid’s Metamorphoses for inspiration. Ovid’s stories are tales of transformation—but they are also, in many instances, narratives of assault. The female figures at the center of these stories are often distinguished primarily by how they are violated and robbed of agency by the gods, rather than who they really are.

In MacLaughlin’s retellings, though, these nymphs and human women describe their own experiences in their own words. Sometimes MacLaughlin meets her characters where she finds them—Arachne at her warp-weighted loom, Callisto in an ancient forest. Sometimes she envisions them in the present day; Galatea, for instance, faints in the middle of a 7-Eleven because she’s on a cleansing fast. But whatever the setting, these figures emerge as unique individuals, fully formed and very often full of anger.

MacLaughlin is currently a books columnist at the Boston Globe, and her work has appeared in The Paris Review Daily and The Believer. Her first book, Hammer Head: The Making of a Carpenter, is a memoir about her decision to take her professional life in a decidedly unexpected direction. When I reached the author by phone, we took a moment to compare notes on the weather—she was enjoying a gray day in Massachusetts; I was feeling the first stirrings of Seasonal Affective Disorder in Michigan—before we started talking about pissed-off women of the Classical period and what they can tell us today.

I feel like I should tell you up front that when I got my hands on your book—which I was so excited to read—I flipped straight to “Medusa,” because I was, like, “If Nina MacLaughlin gets Medusa all wrong, I’m out.”

You did not get Medusa wrong. That story is just white-hot rage on the page. A battle cry. It seemed to capture the way I’ve been feeling for… well, a long time, but the last three years especially. Medusa is so wonderfully, eloquently angry.

I’m so glad to hear that. And it’s funny… I wasn’t thinking about this when I was writing, but Medusa is probably the most well-known figure in the book. It makes sense that you would go there first. People come to her story with strong associations, so the stakes are high.

I’m very interested in the idea of reworking old narratives, playing with the tension of taking something really familiar and making it unfamiliar—or bringing something from an ancient context into the present day, which you do in some of these stories. But you’re right: Artists have been mining Greek mythology generally and Ovid in particular forever, but not all the women you revisit are hugely well known today. Still, you’re kind of setting yourself up for comparison to a lot of other writers, which is a risky thing to do. Is that something you thought about when you were working on this collection?

Totally not. I mean, definitely not when I was working. It all came out of me very fast and I wasn’t even thinking of anyone reading what I was writing at that point. It was just this kind of outpouring. I wrote it all very quickly. I hadn’t even told anyone I was working on it. When I was done, I did a spell check… I honestly didn’t even read over the whole manuscript. I just sent it to my agent, like, “Oh, guess what? I wrote this thing. Here you go!”

And then it sold, and I got some edits back, and it was like I was reading it for the first time, really looking at what I’d done, and I [thought], “Oh, shit. What is this?” It was sort of like this confrontation with my own brain, with what’s inside my own mind… Anyway, that fear you’re speaking of… I was sort of like, “Wow. I am taking these figures, these stories—these myths that form the foundation of Western storytelling—and I’m revising this stuff, reworking it, redoing it…”

So, yes. There was this period of profound fear, which has just dissolved within the last month or so. 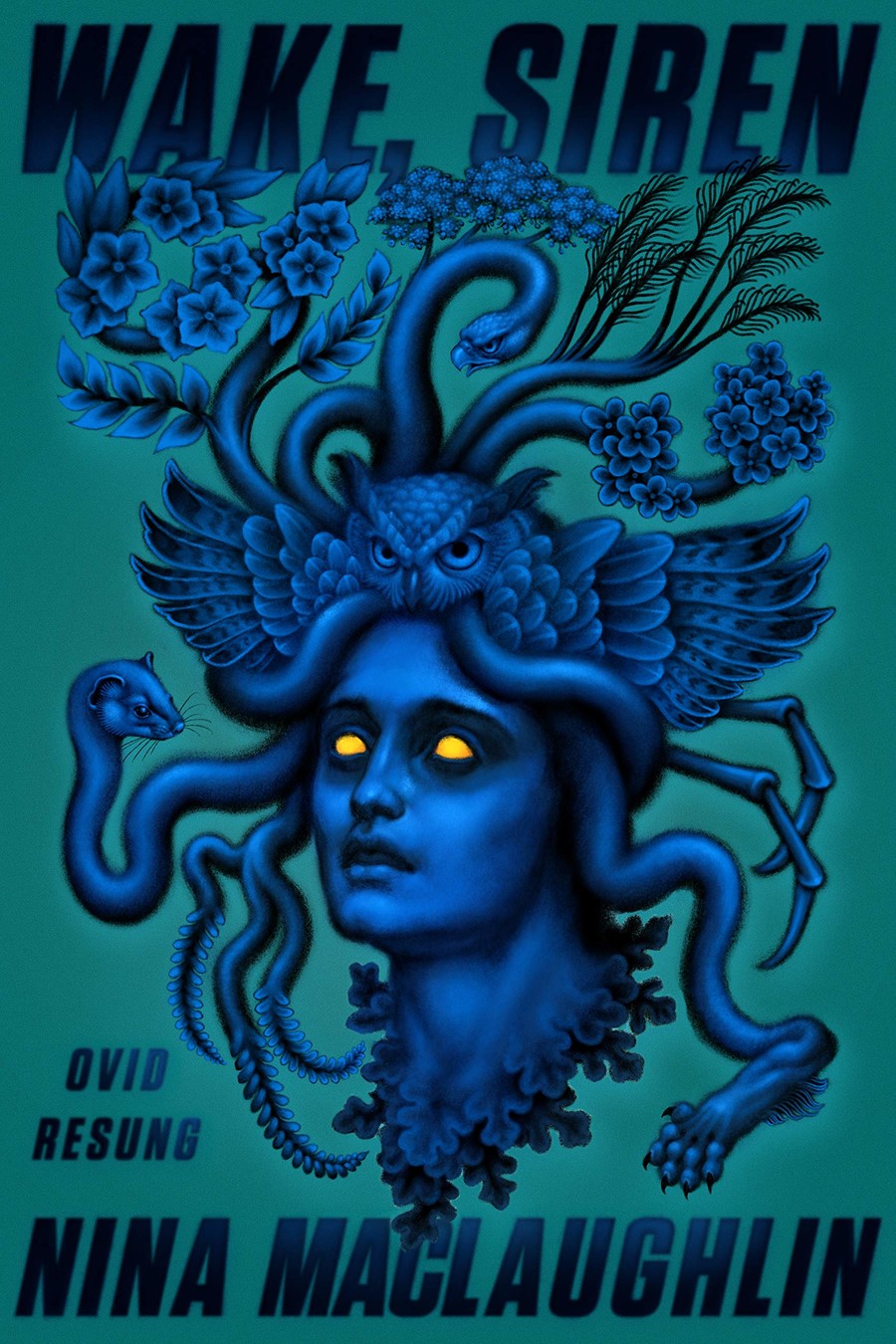 One thing that really impressed me about the book was that you take a variety of different approaches in telling these stories without making a big mess of everything. From a technical perspective as a reader and as a writer I really appreciated this.

Thank you for saying that. When I had finished one or two stories, I was feeling like, “This is feeling right, this is feeling good.” During this time, I was rereading Ovid, and going for these very, very long runs. While I was running I would just kind of try to listen. I would try to hear the voice of whomever’s story I had just read.

When you’re reading [Ovid’s originals] these stories, they all seem the same. It’s just like, “So-and-so gets raped.” Over and over again. I was looking for the tiny little distinguishing details. I was trying to figure out who each of these women was—this is who she is, this is how she might speak… And, yeah. Every voice was different. It was really a strange process: just running and listening for voices.

“When you’re reading [Ovid’s original] stories, they all seem the same. It’s just like, “So-and-so gets raped.” Over and over again.”

You’ve just touched on what I loved about these stories. I mean, take Medusa: Everybody knows about the snaky hair and paralyzing gaze. Nobody knows about the rape. All of these stories—so many of them—are about rape. They’re about women losing agency, being turned into inanimate objects, being turned into animals. In listening for their voices, you’re turning them back into individuals.

When I was doing it, there wasn’t this conscious sense of like, “This is my project. I’m listening to these women as individuals.” It was more on the level of like, “All right, how does Io sound as a cow? What does her voice sound like in my mind?” And it was only afterward that I recognized a sort of deep intention.

In terms of thinking about how to write about rape, I did think about language, about all the euphemism in translations—most of which have been done by men. “She attained her love” [is]  one I always think of. It’s just like, Are you fucking joking? And it matters if that’s the way you’re reading these scenes, the way you’re seeing them. There’s something so anodyne about these words, so softened. When what we’re really talking about, what we’re really looking at is extreme violence. At the level of the word, it’s so important the way things are translated.

Medusa gets right into that. She is very clear about the fact that she did not “attain her love.” She was not “deflowered.” She was not “seized and rifled.” These ways of speaking about rape make Medusa question her own experience before she ultimately decides, Fuck that. But as you say… words matter. If you’re told what the narrative is enough times, that becomes the narrative, you know?

Exactly. There’s this second-guessing, of asking, “Am I just being sensitive, am I just being weak? Am I being accurate, or did I get everything wrong? Is it really that bad?” Those sorts of questions have lived inside me, for sure.

Each of these characters experiences cataclysmic violence—at least in your versions of these stories. But, in the versions most of us are most familiar with—the versions we first learn as kids, the versions we share with kids!—the violence is glossed over. Usually, it merits, like, a sentence. What does that do to us? How does it shape how we understand our own experiences? How do these stories teach us what does and does not matter?

Totally. And whose story gets told and whose doesn’t? Who gets to have a voice and who doesn’t? I think it’s crucial to unpack all this, but it’s also so hard. These stories are just foundational. [They are] fundamental to how we even tell stories, how we understand history. How do you get out from under that?

Right? These are sacred texts. They are presented to us as…

Now I’m thinking about what these stories mean in Western culture and I’m thinking about how you present them in your book, and… I mean, Zeus is a really fucking boring guy. He just does the same shitty things over and over again.

Really, though: This whole book got me all kinds of angry. You know, a good kind of angry. 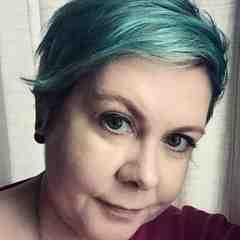