What Is a Sister?Audre Lorde and Pat Parker’s Letters Are a Balm for the Soul 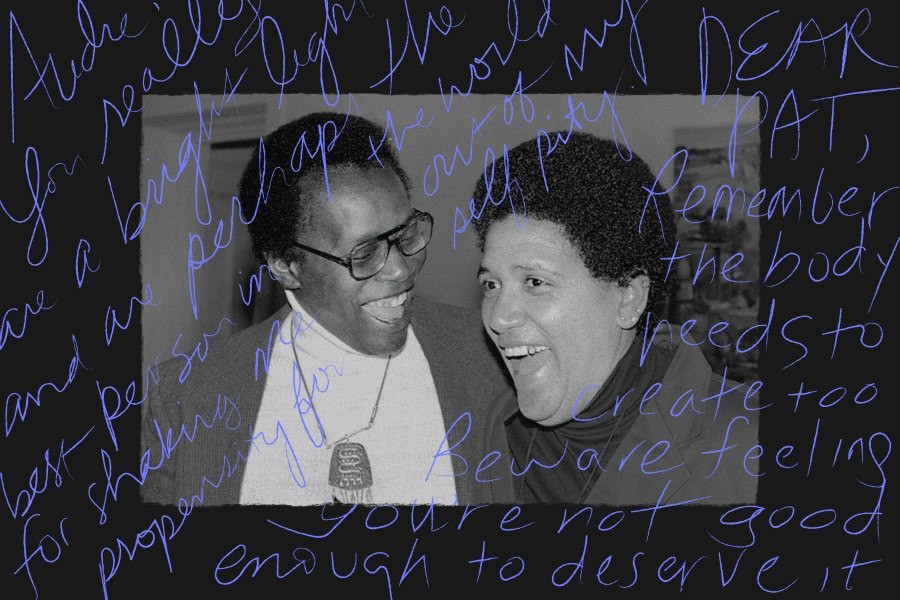 The friendship that feminist poets Audre Lorde and Pat Parker shared was as intentional, deep, and illuminating as the literary work that they published. And each page of Sister Love: The Letters of Audre Lorde and Pat Parker 1974-1989 offers a vibrant snapshot of the two literary pioneers’ intimate friendship. Sister Love gives readers familiar with and new to their work a bone-deep sense of how revolutionary sisterhood can be between Black feminists and Black lesbians. Sister Love was recently published by Sinister Wisdom, a pivotal literary journal that publishes multicultural lesbian feminists, and is the sort of book that heals and affirms readers by offering deeply moving and memorable glimpses into the minds, hearts, and visions of two women whose identity as Black lesbian poets, mothers, activists, and cancer survivors continues to teach us the meaning of truth and love. Sister Love is a balm for the soul.

In advance of Sister Love’s release, I spoke with Julie R. Enszer, the book’s editor and publisher, and Mecca Jamilah Sullivan, who wrote the foreword, about the importance of Lorde and Parker’s legacy and the transformative power of sisterhood.

When did you discover Audre Lorde and Pat Parker’s work?

Mecca Jamilah Sullivan: My first introduction to Audre Lorde happened when I was very young. My mom kept a really extensive Black feminist library in the house and was an admirer of Lorde’s work, so I grew up hearing Lorde’s name. When she died, my mom took me to the memorial at St. Catherine of Genoa Church. That was the first time I understood the profound impact she had. When I read Zami: A New Spelling of My Name in undergrad, I started to see how profound and important her voice was for me as a fat, Black, queer woman, which were all identities she took very seriously. That was really powerful for me as a theorist, a writer in multiple genres, [and someone] who is invested in thinking about the political and theoretical contributions of Black women artists.

Julie R. Enszer: Like Mecca, I encountered both Lorde and Parker as an undergraduate in the late ’80s. I first encountered Lorde through Zami but may have read some of the poetry earlier as well. I read Parker’s Movement in Black around the same time. I came to Parker’s book because I was really obsessed with Firebrand Books and was trying to read everything they published. They were relatively new and I was interested in two things: how poetry gets out into the world and also how feminist publishers were putting work out into the world. As a young woman, I found that incredibly inspiring.

Lorde died in 1992 and I remember it very clearly because I was at the Creating Change Conference sponsored by the then National Gay and Lesbian Task Force (now the National LGBTQ Task Force). It was incredible to be in that community because so many people there revered Lorde. So many people really recognized her passing as something to be marked. When I first heard from Parker’s partner, Martha Dunham, that there was this correspondence, I was really intrigued [because] the correspondence shows the importance of this friendship between these two women. [It] also [shows] how material that comes from Black feminist lesbian producers doesn’t get the same attention as material that comes from white literary producers.

What was it like editing Lorde and Parker’s correspondence?

JE: I looked at both the copies that were in Parker’s papers at Harvard and the copies that were in Lorde’s papers at Spelman. I wanted to create a book that readers could enter with ease, but also leave enough bread crumbs for other people to look at these letters as the two women originally wrote them, see them in manuscript form, and engage directly with their voices. That was the line I was trying to navigate as an editor.

MJS: I was floored and honored when I got the email from Julie inviting me to work on the introduction. It felt like an amazing opportunity to get close and listen in on this conversation with these two women who I’ve adored and admired all of my adult life. My first encounters with Lorde when I was 10 or 11 shaped my understanding of what feminist literature and criticism are. It was a similar experience when I encountered Parker just after undergrad. 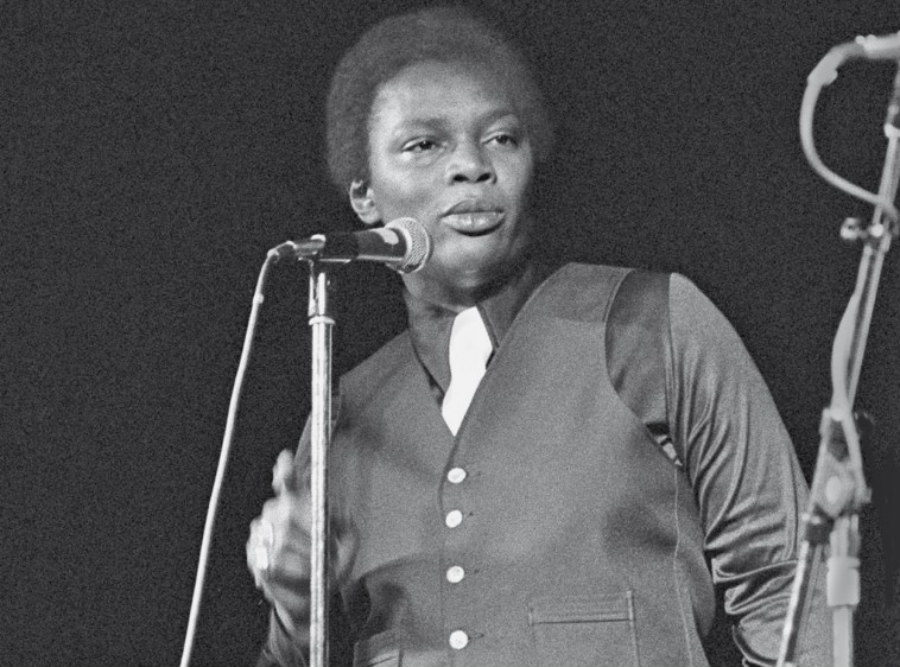 Pat Parker on the cover of The Complete Works of Pat Parker (Photo credit: Sinister Wisdom)

In a letter to Lorde, Parker writes “I look forward to the time when you and I can sit down for a very long period of time and talk out a lot of the things that have been happening to us and happening between us.” In response, Audre writes “I feel it is very important… for you and I to maintain some kind of clarity between us… since I have a feeling that… we have been used against each other in petty ways.” Their openness here really shook me. Were there any moments where their openness revealed something new to you about your own friendships?

JE: The example you cite is a great one. Another example in the book is where Lorde is telling Parker about how to do Poets in the Schools. She was a really concrete and helpful mentor to Parker. The other moment that I just really love is where Lorde is talking about what to do [after being diagnosed with cancer] after Parker’s diagnosis and she sends this really beautiful letter that is really prescriptive, but at the end it also says, be you.

MJS: I think I may be looking at it right now. She says, “Beware the terror of not producing, beware the urge to justify your decision. Watch out for the kitchen sink and the plumbing and that painting that always [needs to be] done. But remember the body needs to create too. Beware feeling you’re not good enough to deserve it, beware feeling you’re too good to need it. Beware all the hatred you’ve stored up inside you, and the locks on your tender places.”

That letter is so perceptive.

MJS: It blew me away. It shows these two women supporting each other, supporting this intersecting vision of a Black feminist and Black lesbian feminist future for themselves, and supporting their communities and the literature they’re trying to create. I was really moved by just how clear their self-awareness was. Here, we see an intimate collaboration in the service of creating and sustaining this larger vision for Black women and Black lesbians and a larger feminist vision, but there are also moments of tension that are really productive and really wonderful to see because we see them overcome them, but also see them address those moments. 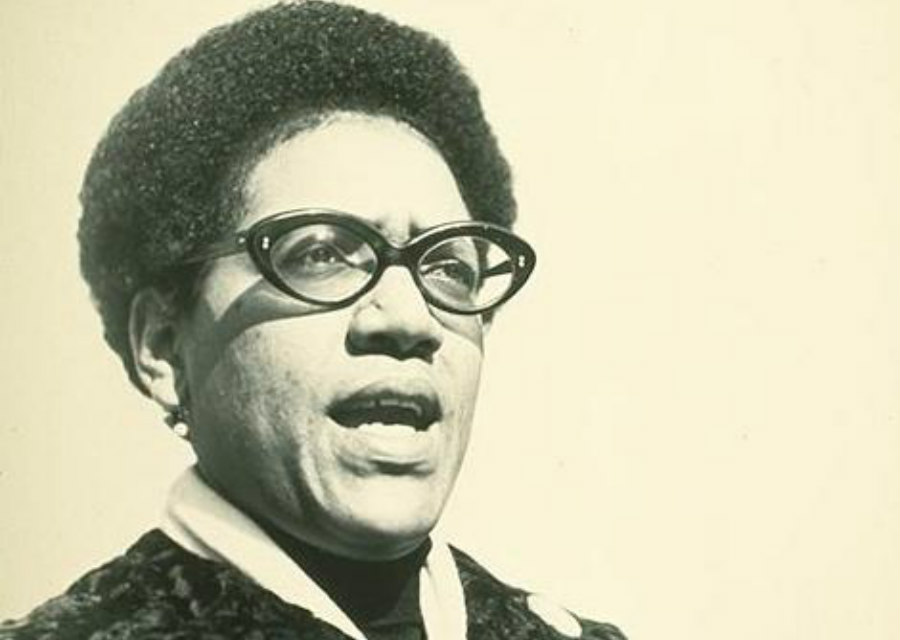 JE: The way their relationship goes back and forth and gets reinforced both as mothering and mentoring and peer is really profound. There are moments where Lorde makes gestures to school Parker, but I think it’s important to remember that they met before Lorde was publically out. They met in 1971 and Lorde was not out but Parker was and she was perplexed that Lorde wasn’t. She really challenged her on that, so that was one of the ways that Parker really pushed Lorde to take action.

What can feminists learn from Lorde and Parker’s legacies and friendship?

JE: We have a way of understanding literature broadly through only single people representing different ideas or different identity locations and Lorde has come to stand in the Black lesbian warrior poet category. It feels so important for me to know that she occupied that identity while standing along other people and that recognizing other people was important to her. That comes out in these letters. It’s important to remember the generosity that Lorde brought to her work and to always think about how we are broadening the story that we’re telling by bringing in other voices.

MJS: One of the things I was thinking about earlier is that Sinister Wisdom’s publication of The Complete Works of Pat Parker is an opportunity to get to know figures like her. Parker’s an important presence in Lorde’s work, and seeing that can really lead us to her incredible body of work. I didn’t know much about her short stories until I got to read The Complete Works. It’s great that there’s so much that has not yet circulated from these figures—even those voices we’re familiar with.

I think we’re in a moment that calls for honest and brazen dismantling of the distinction between the political and the emotional. We need to acknowledge the pain that so many of us experience day-to-day and not dismiss it as not intellectual enough. Both Lorde and Parker’s work calls us to look at the interior. It helps me feel affirmed in my impulse to really commit to loving, laughing, and freedom.

This interview has been edited for clarity. 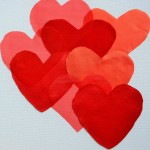 by adrienne maree brown
We don't learn to love in a linear path, from self to family to friends to spouse, as we might have been taught. We learn to love by loving. We practice with each other, on ourselves, in all kinds of relationships.