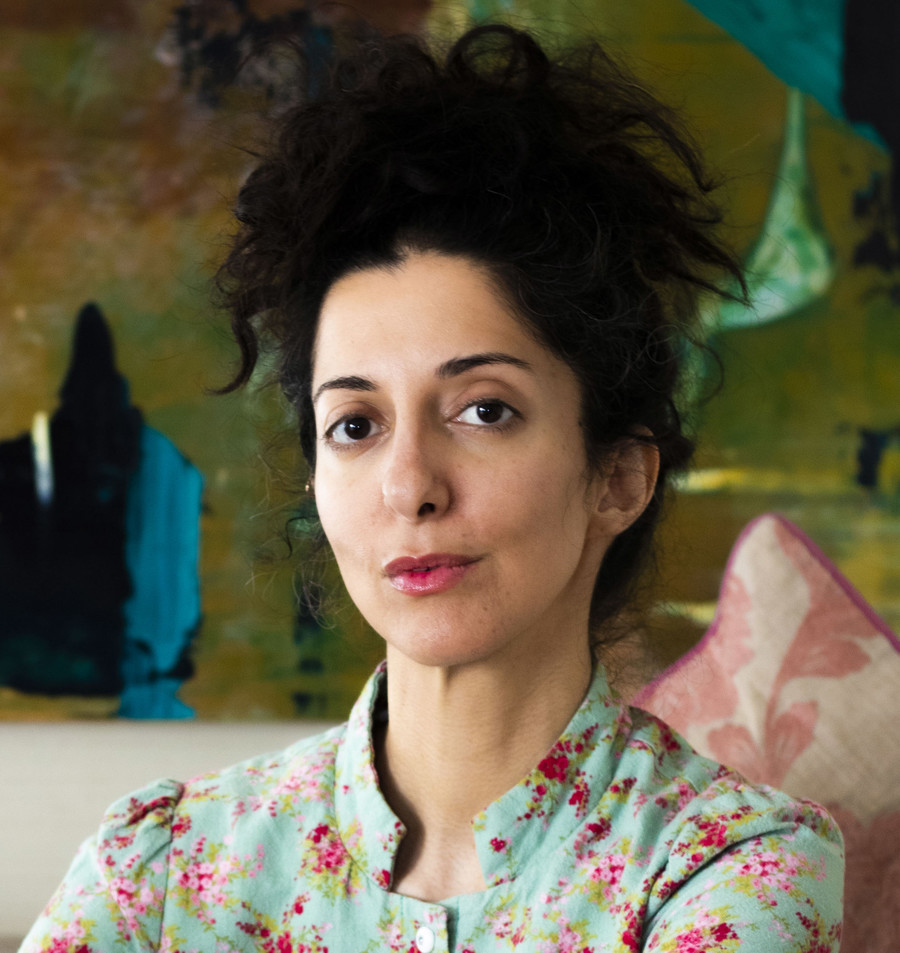 Acclaimed writer Porochista Khakpour is done writing for white people. After publishing three books (2007’s Sons and Other Flammable Objects, 2014’s The Last Illusion, and 2018’s Sick: A Memoir) and publishing countless essays, features, and columns, Khakpour’s debut essay collection, Brown Album: Essays on Exile and Identity, which is being released on May 19, clarifies who she considers her audience to be: those who have been othered in the United States of America.

Although Khakpour has been writing about Iranian American–related issues since the beginning of her career, Brown Album is uniquely her own, influenced by her own desire to tell stories about her heritage, not by the editors who wished to exploit her culture. Brown Album addresses one of the integral issues to American hyphenates—being caught between two cultures, neither of which feels like ours to claim. For instance, she writes of getting her citizenship in the wake of 9/11, “I remember the feeling of my official introduction to the collection of words that would from now on gracefully declare and demarcate my two worlds: Middle Eastern-American. The same hyphen has felt like a dagger that coarsely divides what had once been a symbol of a tragic and hallowed bond.” Khakpour makes these kinds of conundrums accessible and digestible in every essay, whether she’s writing about 9/11 or about a fateful (and funny) camel ride with her parents.

Khakpour’s captivating essays span her entire life, taking readers on a journey that exemplifies the highs and lows of immigrant life in the United States. She writes about Trump’s Muslim ban and the emotional trauma of being a refugee from one of the banned countries. She also remembers a riddle she wrote in 1983, predicting she would become “a girl author,” which of course she did. Bitch spoke with Khakpour about some of those highs and lows, from loving Rico Nasty to longing for her motherland.

What is the significance of starting with a quote in Farsi? How did that set the tone for your book?

This book is for other Iranians and Brown people in general, so the opening quote is a nod to indicate I don’t really care if [some readers] can’t [automatically understand] that quote. This book isn’t necessarily for you. I obviously want non-Iranians and, whatever, white people to read it too, but [the quote is] a wink and a look to other Iranians. It’s an indicator that I’m going to spin some yarn, a cheeky thing to mean you know these stories.

You write about feeling like the spokesperson for your people. I thought about that as I read the essay “How to Write Iranian America.” How do you balance writing about your identity without feeling like you have to mine your traumas to represent your people?

“How to Write Iranian America” was the last essay I wrote before my big essay. I wrote that essay more than 10 years ago and it was always a file on my computer where I would vent—like a journal almost—about these ridiculous things editors would pitch me to write.

There’s a fairly well-respected editor at the New York Times who emailed me one time about this Iranian rock band [that was involved in] a murder-suicide in Williamsburg, [a neighborhood in Brooklyn, New York]; she asked if I wanted to write an op-ed about the murder-suicide because I’m Iranian. I didn’t think an op-ed was appropriate. I wanted to do a reported piece because I’m a trained journalist. She said, “We’re actually looking for an opinion piece about assimilation.” I don’t understand that because to me it’s a story about gun control. There’s nothing Iranian about this story. And she was like, I really think it’s how he was struggling to fit in with America.

I severed my relationship with op-eds at that point. In 2008 and 2009, I had been writing Iranian American op-ed essays every few months. There was a point where I felt like I was writing a formula; it was too easy to write them. Then I started feeling bitter about it. By the time I got to the “How to Write Iranian America” essay, I was really sick of it. And when I put together this essay collection, I was like, this is it. I’m done writing essays about Iran. And of course, Iran continues to be in the news, so it will probably never end. I’m hoping I won’t feel like I’m relying on op-eds to survive anymore. At that time, I felt I would starve to death if I didn’t write about Iranian American stuff. It felt like we can’t write about “white things” because we have hyper-ethnic names. 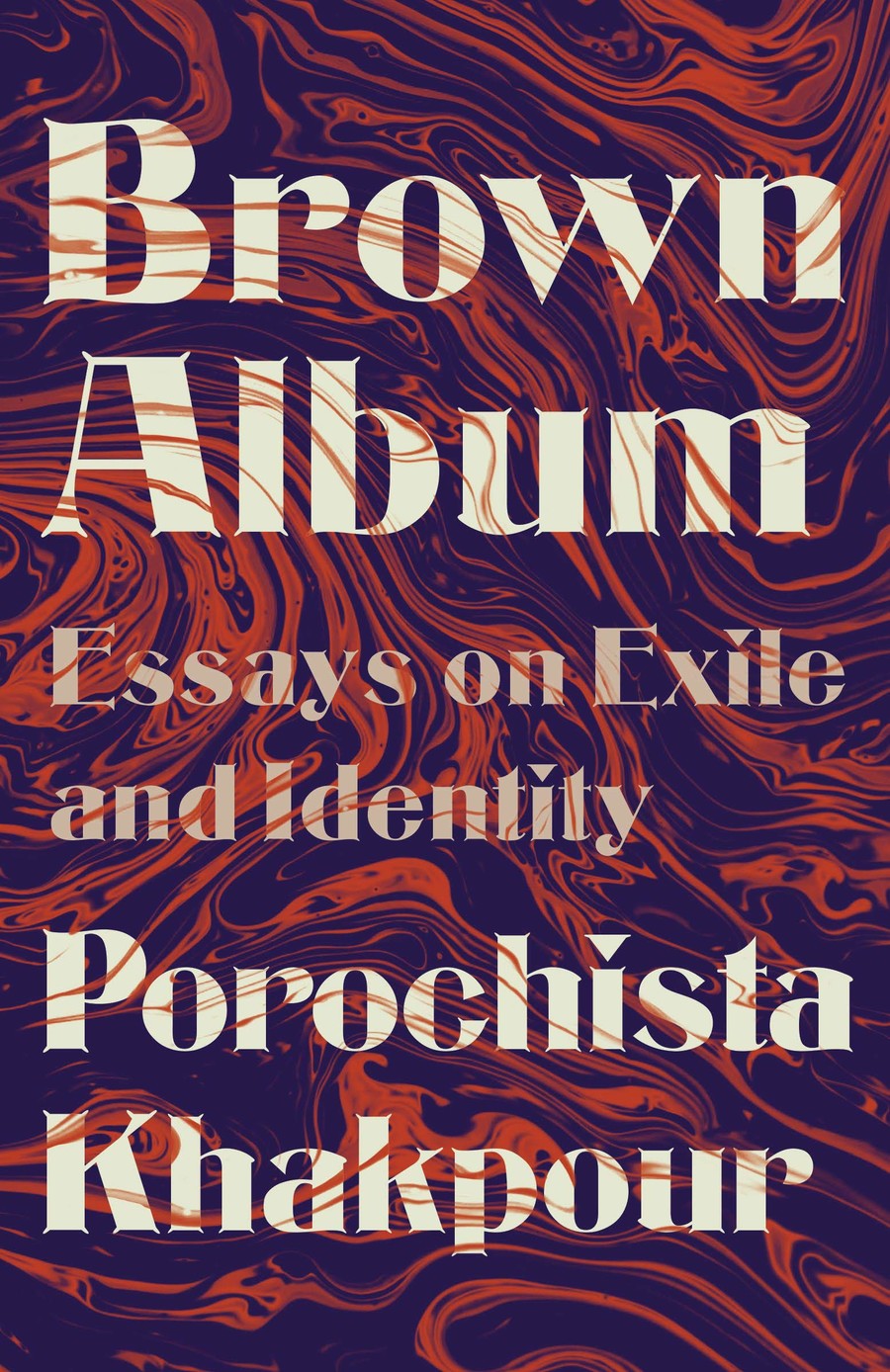 In the book, you wrote about wanting to pass as white when you were a child, but you fiercely reject that idea in the last essay. I grew up in Orange County, California, and all I wanted was for people to treat me like a white person. Now it makes me so mad I spent so much of my life like that. What changed for you?

There weren’t Middle Eastern people in my school in California, and it was even worse when I came to New York. Sarah Lawrence College was the whitest place I’ve ever been. In college, I always had a short haircut and people would say, “You look like Winona Ryder.” And I was like, Oh, that’s great. I remember my grandparents always called me Snow White because I was paler than my dad and brother who were very dark. They would literally dress me up as Snow White for Halloween, say you’re so lucky you’re light, and ban me from going in the sun.

I realized around 9/11 that it didn’t even make sense to try to be white because I wasn’t fooling everyone. Racist white people know you’re not white. They can see. So just after 9/11, I said fuck it, I’m not even going to try this. As I get older, I have less interest in white people and being a part of whiteness. Iranians get pissed when I talk about Iranians being brown, which is why I talk about brownness so much. There’s a lot of Iranians, especially more wealthy Iranians, who actually want to be seen as white. They’re threatened by an Iranian with a platform saying we’re not white.

I know you think a certain rapper should be shaping the American hip hop scene. Tell me about your adoration for Rico Nasty.

Honestly, I was a little late to Rico Nasty, but she’s my dream. I love all the girl rappers, but I like old-school [rappers] like Lil’ Kim and Rah Digga. When Nicki Minaj came on the scene, she was great, but I liked when she was really wild. That’s what Rico Nasty is—all the wildest sides of Nicki and more. She sometimes talks about people not appreciating her, but I love how chaotic and amazing she is. I love her energy; she should be a huge deal. She has all the qualities to be a star. I don’t know what’s going on with that. She should be pissed. I love her. I’m crazy about her. I just want it to be out there that Rico Nasty has my heart.

Do you think your dad’s politics informed your left-leaning politics?

It’s funny because we shifted at different times. [When I] was a kid, he was into Ronald Reagan. I didn’t understand. But in the ’80s, I was into Family Ties where being conservative was kind of cool for a moment. And then in the ’90s, it wasn’t cool at all; we were like fuck all presidents.

Until Bernie Sanders ran, I’d never really felt like I had a candidate I could stand behind 100 percent. I worked really hard on Obama’s campaign, but I knew he wasn’t a radical. Obama is very much a centrist, and we thought maybe he’d shift when he got elected. He didn’t. His policies on the Middle East were a disaster. So I didn’t feel 100 percent [behind] Obama when I voted for his reelection. I certainly didn’t feel into Hillary Clinton, though I want a woman president. She was an enemy of Iran, so my heart was with Sanders in 2016. This time around, I’m like, fuck this. Let’s vote with our hearts and what we really want. My dad knew about Sanders and talked about him way before 2016. I had always heard about and was aware of Sanders.

There are so many prominent women of color with progressive politics who are pro-Sanders and listening to them got me even more amped to support him. I love how much Sanders recognizes the Middle East and Palestine and the rights of Middle Easterners and that he’s proud to be Jewish. Sanders has had a profound effect on American politics; he’s already shaped America.

Although Porochista Khakpour has been writing about Iranian American–related issues since the beginning of her career, Brown Album is uniquely her own, influenced by her own desire to tell stories about her heritage, not by the editors who wished to exploit her culture.

I once visited Chefchaouen, the Blue City, in Morocco. It’s a very hilly place, so I climbed to the top of this hill and there was a clearing and sun on my skin. And then the call to prayer happened, and I literally started sobbing. So I was really interested in your emotional response to hearing the Adhan in Indonesia. Why were you so affected by it?

I love that you’re asking this! It’s so nice to have a Middle Eastern interviewer. It was seeing Islam in the context of beauty compared with Islam being seen as dangerous and scary in America. Indonesia was one of the most emotional trips. When I was supposed to go to this book festival in Bali, they sent me to all these other cities and I saw Jakarta. I got such a good sense of the culture. When I got the tickets to the festival in Bali, I’d forgotten it was a Muslim country. I really hadn’t thought about it. I thought Bali would be a place to chill, but it’s like a resort.

You write a lot in this book about visiting Iran. Is that still something you want to do?

I’ve always loved the idea of going back to Iran, where I was born and had my first memory. Hanya Yanagihara, who wrote A Little Life and was an editor at Condé Nast Traveler, once commissioned me to return to Iran for a big homecoming piece. I would go to Isfahan, Shiraz, and Tehran. Yanagihara eventually left Condé Nast Traveler and I got another editor, but the government was crazy at the time, so it would’ve been dangerous for me.

Every year I think, could this be the year I go? But the situation there is so bad. I hope there will be a time in my life where it will be safe again. In Brown Album, I write a lot about flying over Iranian airspace on my way to Australia. It was so poignant to see Iran’s mountain ranges. There are so many songs and poems about the mountains in Iran and I’m flying right over them—30,000 feet above the country I was born in but can’t go to.

Read this Next: A Displaced Body 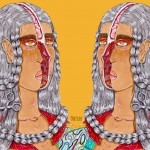