A Displaced Body“Sick” and the Elusive Search for Wellness 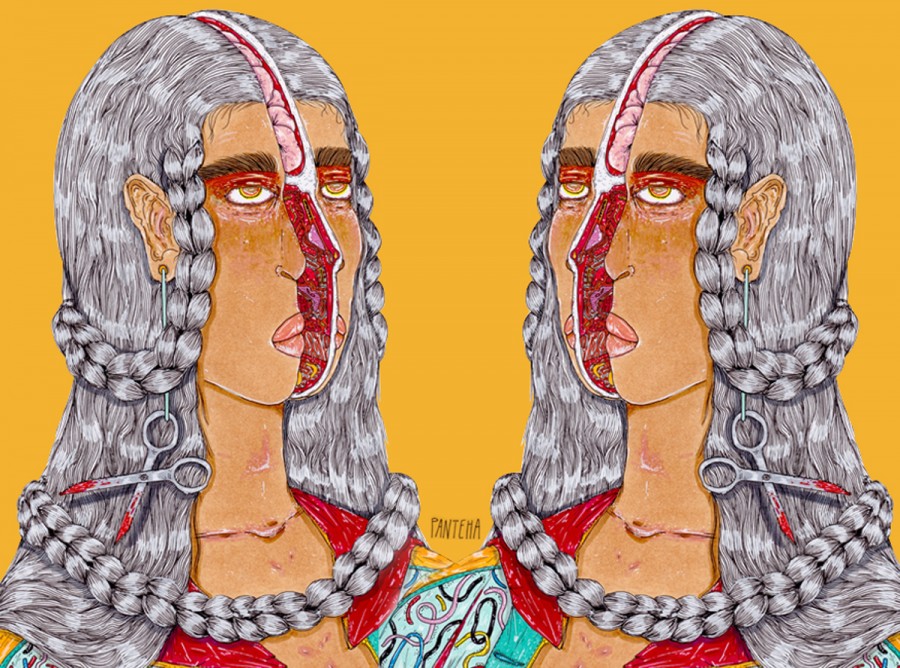 Sick, Porochista Khakpour’s third book and first memoir, is about struggling not just with the debilitating effects of Lyme disease, but also the incidental, interpersonal, and systemic conditions that exacerbate the effects—from misdiagnosis to post-traumatic stress, structural racism to addiction, financial instability to overmedication. “I have been sick my whole life,” Khakpour writes. “I don’t remember a time when I wasn’t in some sort of physical pain or mental pain, but usually both.” And she wonders: “Was displacement of the body literally causing a feeling of displacement in the body?”

Khakpour was born in 1978 in Iran, and her first memories are of “pure anxiety, buses and trains,” as her “upper-class fallen aristocratic Royalist Iranians” parents fled the Islamic Revolution to raise their two kids in relative poverty in a two-bedroom apartment in Southern California. They were always planning a return to a home that was no longer there for them, so Sick is also a search for home, both in the world and in the body. Structured by place, Khakpour’s memoir traces her moves from Baltimore to Chicago to Berlin, rural Pennsylvania to Santa Fe, and back and forth from New York to Los Angeles.

Sick is a memoir of illness, but it also traces Khakpour’s formation as a writer—following her through college, relationships, internships, teaching positions, residencies, and dramatic struggles to continue her writing, in spite of the brutal complications of Lyme. I talked to Khakpour about challenging the typical recovery narrative, the links between chronic illness and post-traumatic stress, and the elusive search for wellness.

In the beginning of Sick, you write, “To find a home in my body is to tell a story that doesn’t exist.” You also write about the unwillingness of many of those around you—parents, friends, strangers—to believe the full extent of your illness, which compounds your isolation. As a child, the only time you felt well was when you were writing, and I’m wondering if writing can sometimes create a kind of home.

I think you’re absolutely right. In fact, it’s the only home I have ever had. It’s tough because it also requires a lot out of you. In some ways, you have to be well enough to write. That’s where [Lyme] disease gets tricky.

You write about the link between chronic illness and post-traumatic stress—from the trauma of fleeing the Iranian revolution with your parents when you were a kid, to the trauma of dealing with medical practitioners who treat you dismissively, to the trauma of external political stressors that also make you sick. I’m wondering if you could talk about these links.

For a while, I didn’t want to face the PTSD connection. I hated when anyone would bring up anything psychological because I was so convinced for years that people only saw this as something in my head. But as I went deeper into Lyme therapies, I saw these connections; I was well enough to face them. At other times, the connections would just come to me. I would see myself quite paralyzed by a memory that suddenly came when I was healing.

Could you talk about how structural racism impedes healing, both on a personal level and a broader cultural level? When you write, “illness turns me white,” you mean literally that you become sickly and pale and then everyone congratulates you on this accomplishment.

This is something I am dealing with even now, amid a fairly gory Lyme relapse. The thinner and paler I get, [the more] I look like a white woman to people, and then there is a context for my existence. Whereas in health while I could be white-passing to some, most people have a feeling they know what I am, even if they are off—they suspect some sort of Brownness and that can be found in my features, my hair, my curves. But illness reduces me to a sort of old ancient stereotype of the ailing ghostly white woman and that happens to be a fashionable American aesthetic. Susan Sontag does a great job of talking about this in Illness as Metaphor, but it is also something you can see in “heroin chic,” which was the dominant fashion ideal of my ’90s youth—an aesthetic that employed me literally as a fit model when I was 19. I was paid to be sickly.

Anyway, it is no secret that white culture has a lot of problems, but when you look like I do and you need medical attention, you have to say things like, “Look, I know I look fine to you, but” or “Yes, you might not think I am thin enough to cause alarm, but” or “No, this is not my skin color, please trust me” etc. and these disclaimers and appeals are pretty exhausting at best. I mean, when doctors take notes, my ethnicity is such a big part of the discussion, especially where trauma is concerned. They assume trauma. Well, they are right. But I wonder where their trauma is. Why don’t we talk about that? I would say white privilege allows white people to turn a blind eye to trauma, even their own. I don’t know how they do it, but I do know we manage to ignore the sins of this country all the time, every day.

One way of ignoring these sins is with drugs. On this topic, you write, “If you were alive, then you weren’t dead. That was it. It was just not in our culture to care.” You’re writing about drug culture at Sarah Lawrence when you were a student there in the late-’90s, but perhaps it’s ironic that the drugs that have given you the most trouble are the drugs that doctors have prescribed. Why do you think so many doctors don’t seem to care about actually helping their patients to feel better in holistic and substantive ways?

Don’t get me started on Big Pharma! Sometimes I want to be quieter about this because I know pharmaceutical drugs do help many and they have helped me, but their harm is never discussed enough. It’s infuriating. In other countries, psychiatric drugs are a last resort, but in America, we are all always popping pills. There is a pill for everything and then a bunch of other pills to take to counter the side effects of those other pills. It’s endless. Nothing has been more dangerous for me than benzos. Nothing wasted my life more. And at the same time, I often dream about popping them again. To answer your question, a doctor would not have even cared to hear past the first sentence here. That is how I feel about doctors and meds, except for some rare ones who really care.

You write, “My full-time job became my health, which was now a mystery illness that was hopelessly complicated by and tangled with addiction to psych meds,” and it’s not just a full-time job but a job you have to pay hundreds of thousands of dollars in order to access—as an adjunct professor without family resources who needs to crowdfund for healthcare. Everyone in this country knows about our horrible for-profit health system, but I’m wondering if you think it’s even worse, and more exploitative, for people struggling with chronic illness.

It is horrific. I continue to be poor. I continue to be sick. The system keeps me that way. I have to work so, so, so, so hard to stay alive. Adjuncting and freelancing to make it; I do all that to stay alive except it takes so much out of you and you get sicker and to stay alive becomes even more expensive. It’s a nightmare cycle. I never imagine that I will have enough money to do anything because there is no hope for me in saving as it will all go to my Lyme disease.

You are incredibly vulnerable in this book—about your struggles with your health, relationships, addiction—and I’m wondering what draws you to expressing this vulnerability.

It is my personality. I am bad at lying. I have a desire to share and connect. I don’t know how else to tell a story without honesty. If you’re going to go there, you have to really go there. Or I do. I don’t know another way. 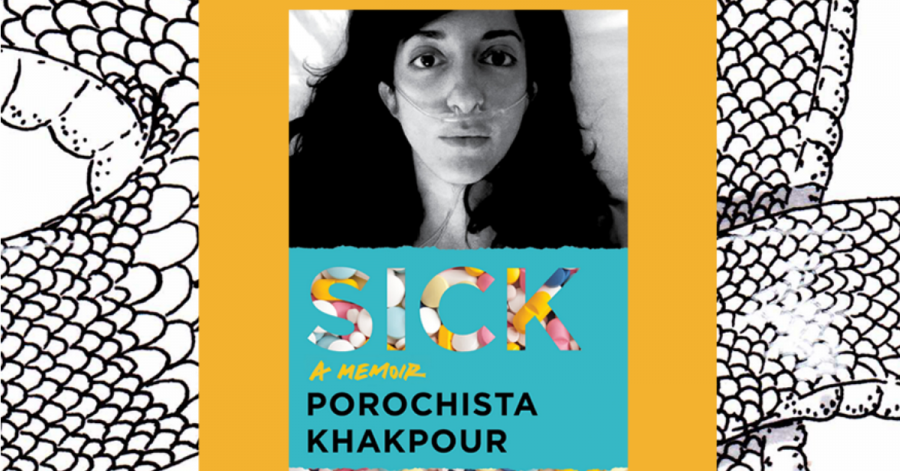 It’s gratifying for me, as someone who has also struggled for decades with chronic illness, to find a book that doesn’t enforce a false narrative about healing, and so I was surprised when, in the epilogue, you write that the book you were contracted to create was actually along the lines of “how a woman dove to the depths of addiction and illness and got well”—in other words, the typical recovery narrative. I think that type of story fails so many of us who do not suddenly, magically, find ourselves healed. I wonder if you could talk about the push-and-pull of illness, addiction, and recovery that you experienced as you were writing the book, and how this enters the narrative in unexpected ways.

Yes, I really find many of the happy-ending healing narratives to be so false in their cheap empowerment schemes. It feels so American to not be able to live with “sitting in the shit,” as a Buddhist told me once. I guess what saved me here is that while I had read some memoirs, I was not wedded to any concept of a book like this. I felt [that] I needed to write a book that I needed to read. I am not shy about adversity and darkness of all sorts. But you have to convince publishers and editors of this—this book had three different editors, as editors kept leaving my publishing house—and they all somehow came around to how I was conceiving of this. A big part of that was getting to know me and seeing how I continued to struggle as we worked on it. And how I continue to struggle now.

In a way, I think the book becomes more and more vulnerable. Toward the end, you write, “In some ways, I keep myself sick.”

This sentence haunted me the minute I wrote it. And you have to understand much of this book was like a journal for my own survival—much of it was composed after the concussion in the beginning, when my prognosis was grim. But I think what I am getting at is that here is an identifier I never chose, I never expected, and could it be the one I am most accepted in? The other being “writer,” I guess? In some ways I find a tiny dark comfort in illness and disability identity, because I can’t even hide if I wanted to. 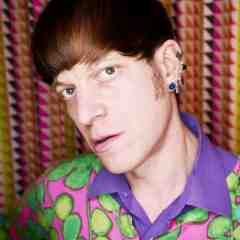 Mattilda Bernstein Sycamore (mattildabernsteinsycamore.com) is most recently the author of The End of San Francisco, winner of a Lambda Literary Award. Her new novel, Sketchtasy, will be out in October.

4 Nigerian Authors to Read Who Haven’t Been Proudly Transphobic