13 YA Books Feminists Should Read in October | Bitch Media

BitchReads: 13 YA Books Feminists Should Read in October 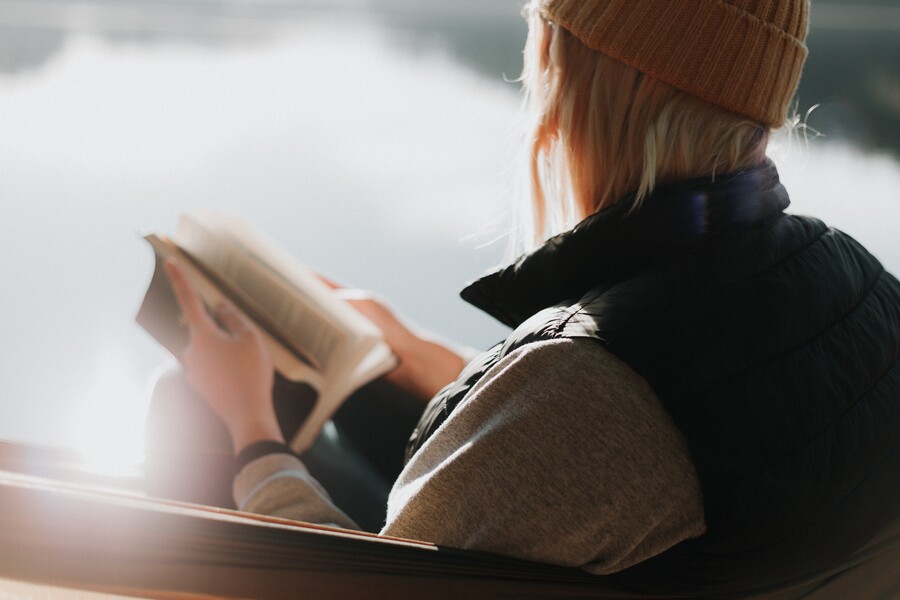 It’s been an incredible year for YA novels. Authors are making massive strides in making YA more inclusive, and are more broadly creating the sort of stories that linger and elevate the already impressive genre even further. This fall is no different. In September, we swooned over The Black Kids by Christina Hammonds Reed and Cemetery Boys by Aiden Thomas. Now, Jessie Ann Foley complicates the trope of the “troubled teen,” and Candice Iloh’s debut welcomes us into coming of age in verse. By listing a few of our favorite YA titles each month, we can escape our current world in favor of one that comforts you, challenges you, and provides you with a brief moment of freedom. 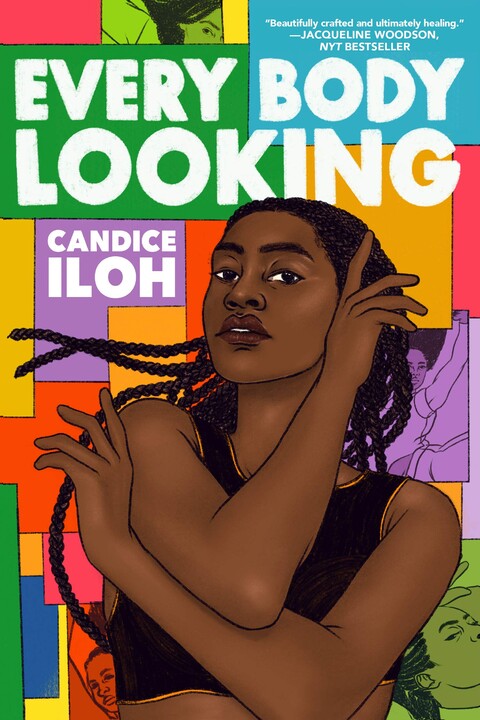 Through verse, Candice Iloh explores Ada’s past and present in this coming of age debut. Ada is trying to figure out who she is, but it’s difficult. She’s constantly carrying around so much weight: the weight of her own trauma, the weight of her parents’ traumas, the weight of her mother’s addiction, and the weight of the never-ending expectations that come from being a Black woman, and a first generation Nigerian American. We join Ada as she heads to college at an HBCU and begins to cultivate the sort of life that she wants, rather than what kind of life she feels like she’s supposed to have. 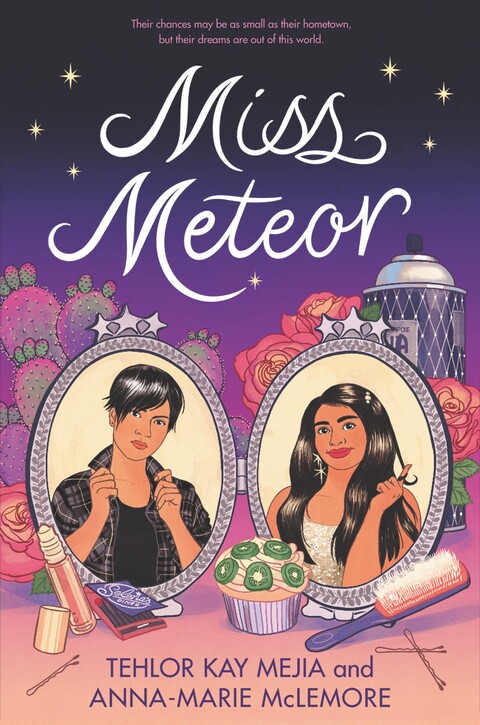 This is such a delightful read. Anna-Marie McLemore (2016’s When the Moon Was Ours, 2017’s Wild Beauty, 2015’s The Weight of Feathers) joins Tehlor Kay Mejia (2019’s We Set the Dark on Fire) in a joyful journey to win a beauty pageant. Lita Perez and Chicky Quintanilla are out to make a statement. Though their own relationship is complicated–they used to be best friends, and are no longer–only chicky understands why it’s so important to Lita that she win Miss Meteor. 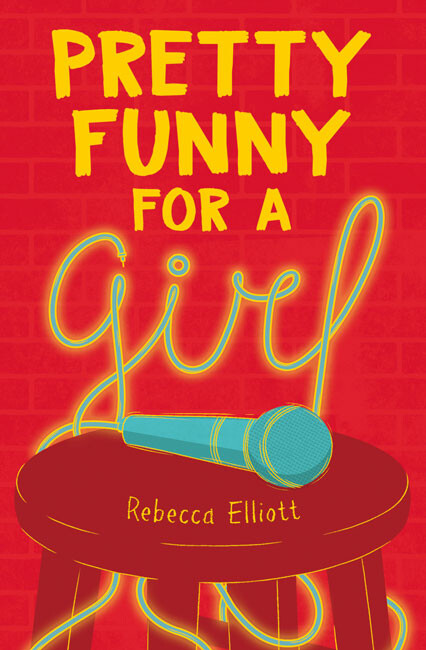 Haylah has long used humor as a survival mechanism, whether it’s ignoring her mother’s boyfriend or warding off the various fatphobic comments she receives. So she jumps at the chance to learn more about comedy from Leo, who is talented, cool, and who she thinks can help her get ahead. But their relationship soon becomes more complicated than Haylah anticipated, and she has to figure out how to both prioritize herself and achieve her secret dream of becoming a famous stand-up comedian. 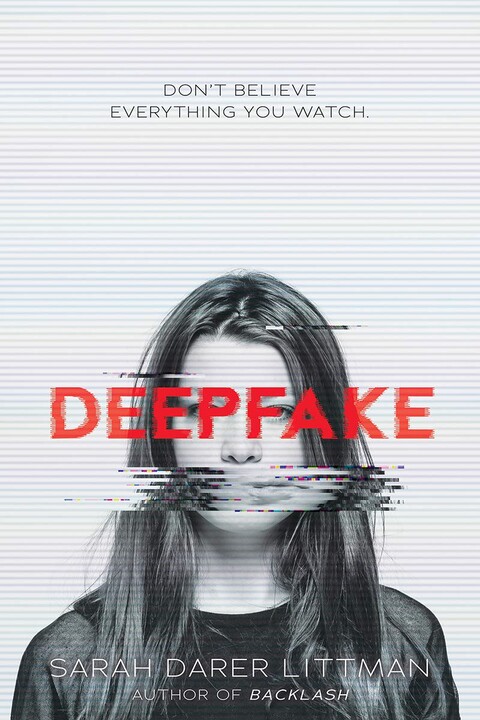 Deepfakes, altered videos that convincingly place a person’s head on a different person’s body, is one of the most terrifying issues facing tech. Sarah Darer Littman brings this ever-present issue to YA through Dara and Will, two fictional characters suddenly at the center of a massive scandal. When an anonymous website posts a video of Dara accusing Will of cheating on the SAT, the school is forced question truth, and the power of lies. 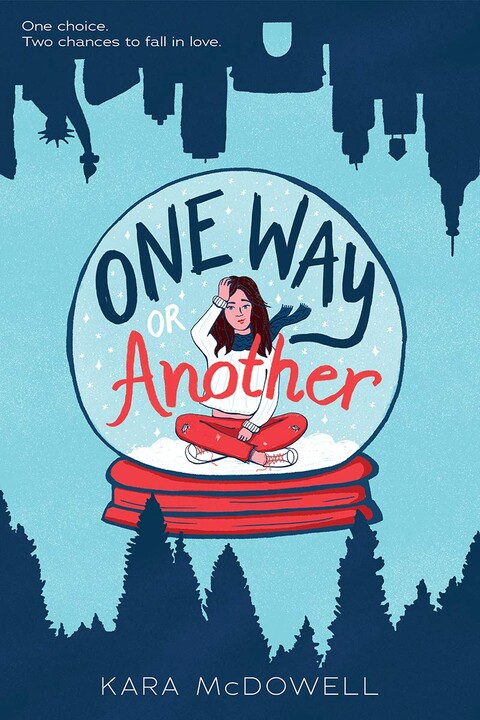 One Way or Another
Kara McDowell
{ Scholastic Press }
$17.99 Buy It Now

Like many people with anxiety, Paige is exhausted by her inability to make decisions in every facet of her life. Kara McDowell plays with structure to explore Paige’s anxieties, including showing Paige’s life split in half, with two different pathways presented to her: in one, she pursues love, and, in another, she her dream of moving to New York. We see how anxiety shapes Paige’s life and the amount of pressure she puts on herself to always know the right answers. But there are no right answers in life, only choices, and One Way or Another is a fun, romantic read. 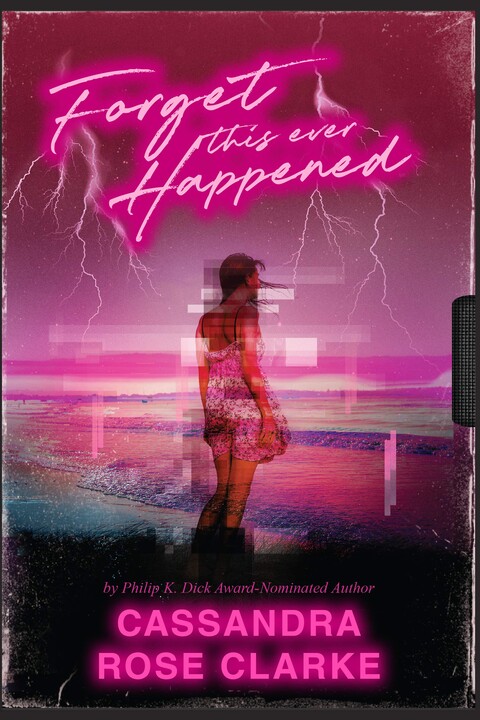 A major mystery, a small town that’s literally disappearing, and only two girls can solve it: Forget This Ever Happened brings a queer #OwnVoices love story to speculative horror. If you’re less invested in world building, and more invested in genre-bending and WLW leads, the story of Claire trying to get to the bottom of the bizarre town of Indianola, Texas, is sure to suck you in. 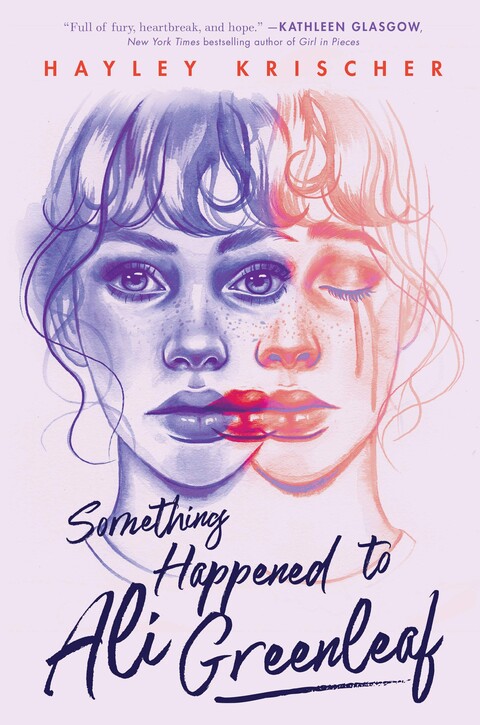 This isn’t an easy read. Ali and Blythe go to the same school, but they’ve never spoken and they certainly aren’t friends. After all, Blythe is a cool, popular girl, and she has her own clique to worry about. But when Ali is raped at a party by a member of said clique, she’s forced into the complicated world of the popular kids, one in which Blythe, who is best friends with Ali’s rapist, befriends Ali to protect her friend. What begins as a twisted tale of teenage manipulation becomes a memorable story about trauma, survival, and the friendships that help us heal. 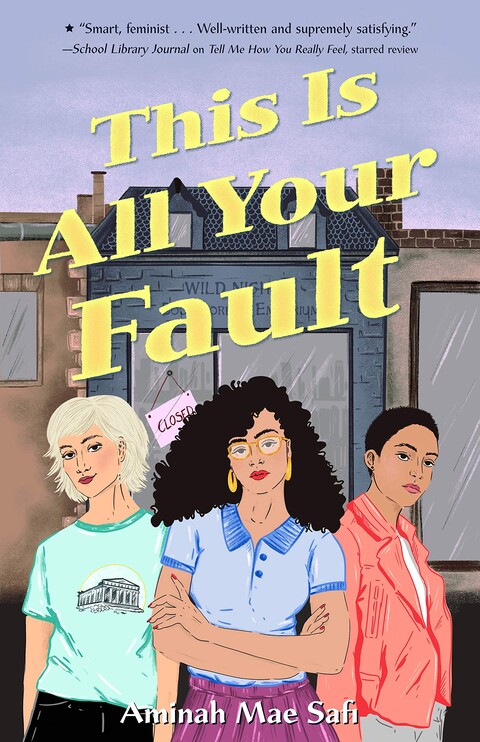 Three coworkers at an independent bookstore come together to protect it despite their differences in this much-anticipated novel from YA legend Aminah Mae Safi. Imogen is queer, depressed, and in the midst of an almost-breakup; Rinn is secretly in love with another one of their coworkers, but she feels constantly not good enough despite her status as a popular bookstagrammer; Daniella is all rough around the edges, but she’s a secret softy with a secret poetry account. They have no plans to bond, but the hushed news that the bookstore might be shutting down is enough to propel them into action. 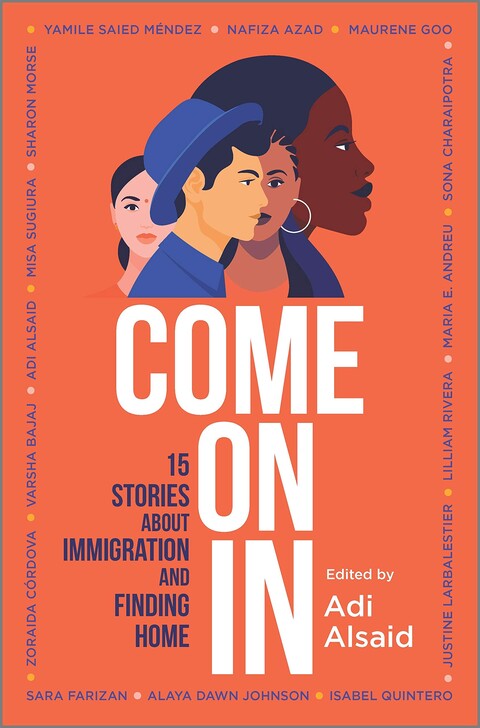 An anthology, Come On In is a collection of stories from bestselling authors. Each story builds on the idea of the immigrant experience, and delves into feelings of terror, yearning, confusion, and joy. What is it like to leave a place? What is it like to enter a new one? From stories about ICE to stories about families finding happiness, Come On In is a must-read for those of us who live for YA, and enjoy these sorts of shorter snippets that offer us entry into many different worlds. 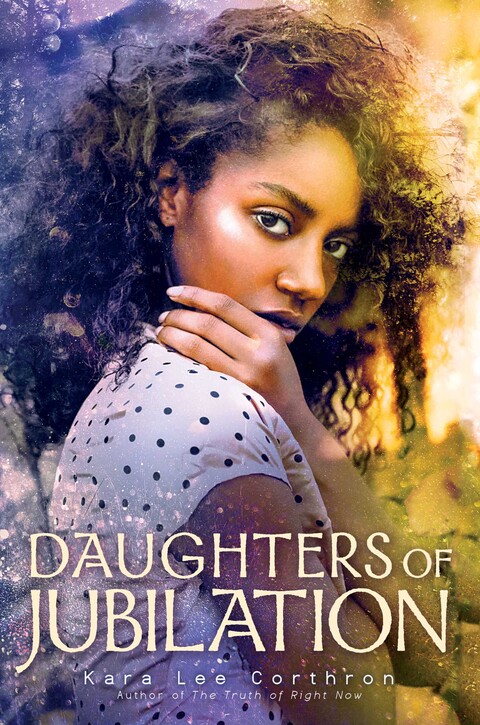 Evalene, a Black teenage girl, is struggling as she grows up in the Jim Crow South: Her mother’s so overworked that she has to leave Evalene in charge of her two younger sisters, and her magic, which she’s inherited from generations of Black women who came before her, is becoming so strong that she can no longer ignore it. She has no choice but to face her own abilities, but when she does, she realizes that what she carries might be darker and messier than she’s prepared for. A story of family and power, Daughters of Jubilation is a read that feels relevant to the right-now. 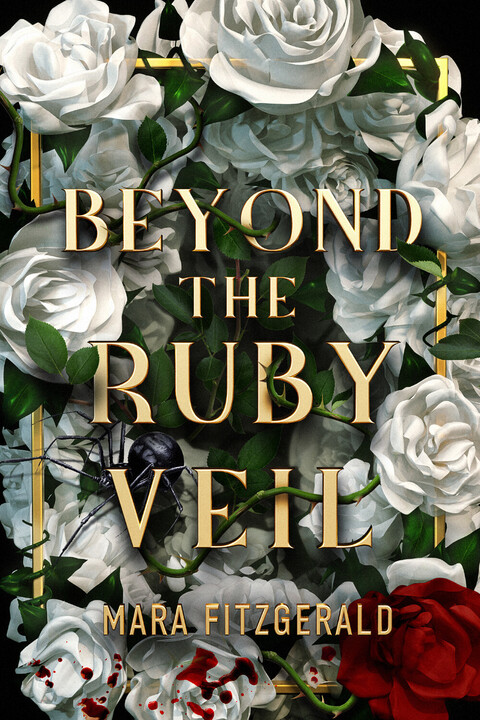 It’s the season of all things spooky, and if fantasy is your go-to, you’ll likely enjoy Beyond the Ruby Veil, the apparent first in a series. Written as a “love letter to the unlikable female protagonist,” according to the author, it’s queer, it’s dark, it’s bloody, and it has a fast-paced plot with high stakes. Emanuela is marrying her best friend Alessandro and is on her way to becoming a part of one of the richest families in their fictional town. Sure, they’re both gay, so they aren’t in love, or going to be, but she’s about to gain a ton of power. She’s willing to give up on true love if it means accessing such power. As if that wasn’t complicated enough, an omen, a death, and a sacrifice come along with it, and what starts as the story of a wedding becomes a novel about secrets, power, and racing against the clock. 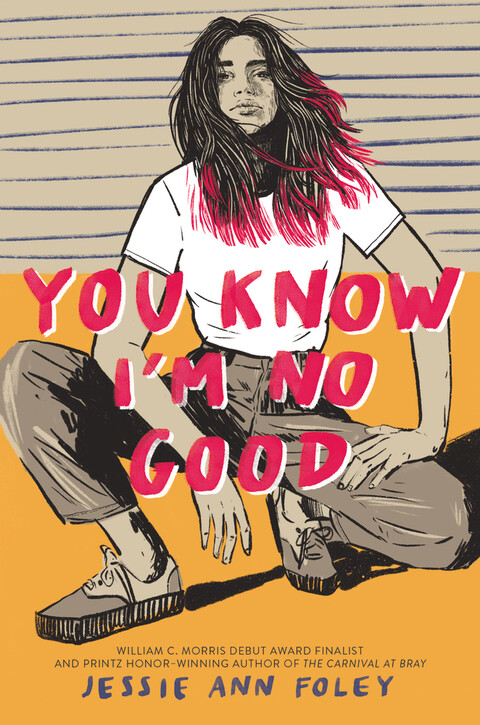 Jessie Ann Foley examines misogyny and trauma from the perspective of Mia, who is sent away to a therapeutic boarding school after her parents give up. She’s a “Troubled Teen,” and she’s struggling to see beyond her own reputation. It’s being around the other young women that helps Mia realize that she’s not a bad kid; she’s in pain, and has unresolved trauma. This thoughtfully written novel adds nuance to the idea of a troubled teenager and encourages readers to go beyond labels and stereotypes not only in how they think about others, but in how they think about themselves 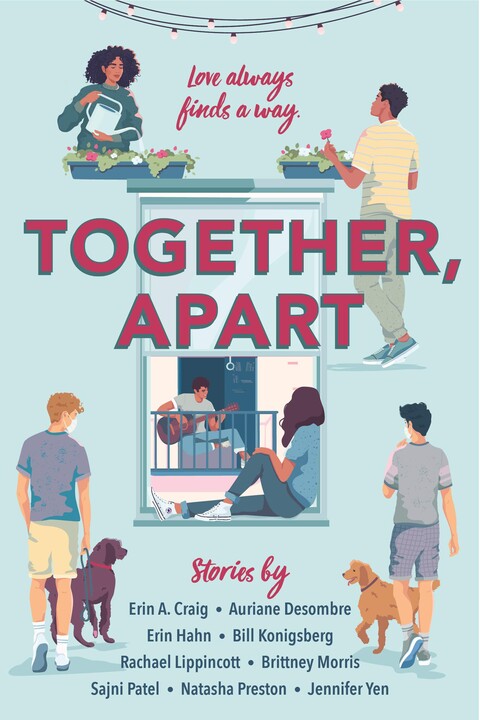 If you’re feeling lonely in quarantine, and craving a little levity, Together, Apart, an anthology of love stories set in lockdown, brings together stories from some of our favorite YA authors. Brittney Morris (2019’s Slay) offers a lovely enemies-to-lovers tale, while Jennifer Yen (2021’s A Taste For Love) writes about love that begins outside of a hospital. Delacorte will donate to Active Minds, a nonprofit organization dedicated to mental health education, research, and advocacy for young adults ages 14 to 25, in honor of the book’s mission.

Read this Next: In “I Kissed Alice,” A Fanfiction Romance Blossoms Offline 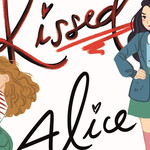 by Rachel Charlene Lewis
Rhodes and Iliana find freedom in each other.