10 Bitch Approved Books You Must Read in August | Bitch Media

BitchReads10 Books You Must Read in August 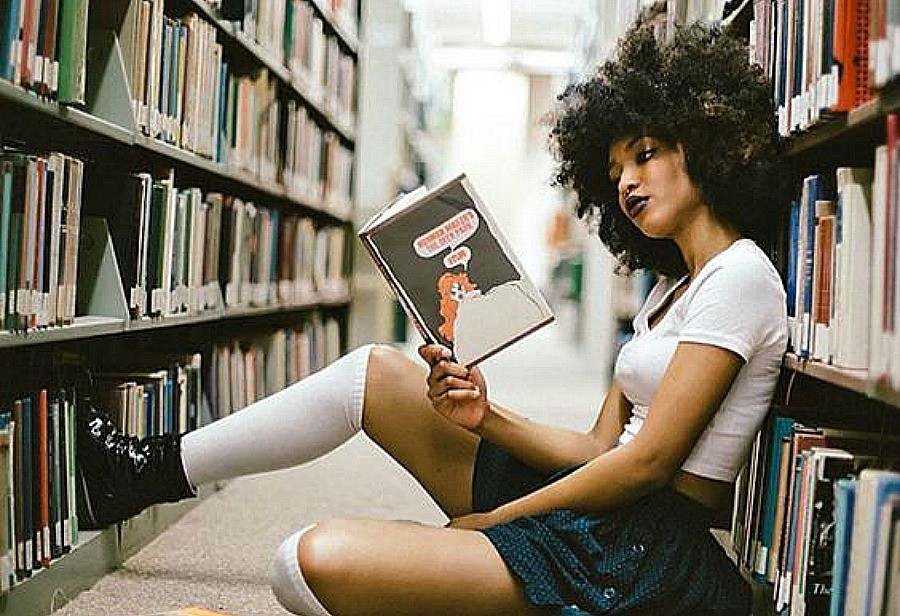 Summer’s winding down, but the season’s best books are just hitting shelves. These 10 new reads explore Nigeria, Brooklyn in the 90’s, a middle school that preaches conformity, and a range of other experiences that will make August one of your favorite months this year.

1. Invisible No More: Police Violence Against Black Women and Women of Color by Andrea J. Ritchie 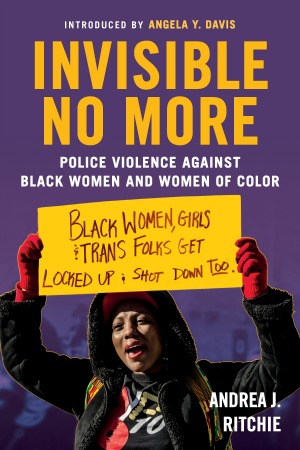 Police violence is not simply a Black man’s issue, though it’s often considered to be. Women of color and Black women are equally as susceptible to being brutalized and killed by police officers, as seen through the deaths of Sandra Bland, Charleena Lyles, Shelly Frey, and Rekia Boyd, but their stories are often buried and erased. Invisible No More is a reclamation, created in the lineage of #SayHerName to amplify the narratives of women of color and Black women. Invisible No More is not a light beach or airplane read. It’s devastating, as Andrea J. Ritchie, co-author of the Say Her Name: Resisting Police Brutality Against Women report, intended. But the pain is well worth enduring for the knowledge you’ll gain. Invisible No More will change the world. 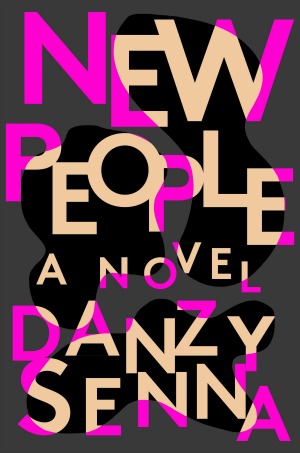 Maria and Khalil appear to be the perfect couple living in late 90’s Brooklyn, New York: They’re a beautiful couple with burgeoning careers—he’s creating an internet business while she’s finishing a dissertation on the Jonestown Massacre—a forthcoming wedding in Martha’s Vineyard, and a secured spot in New People, a documentary about racially ambiguous people. But their perfection is an illusion. Maria is incredibly unhappy. She’s constantly worrying if she’s Black enough, if her life is mediocre, if she really loves Khalil or a poet who’s only known in the book as “the poet.” She wonders if their love will be enough. Danzy Senna’s latest novel is the best of her writing. It’s rich, nuanced, and in some respects, scary. The question at its core is: What happens when your perfect life isn’t enough? 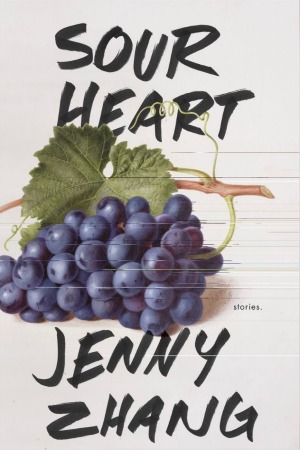 Jenny Zhang’s short story collection is the first release from Lenny, an imprint of Random House, and it’s well worth the investment. Sour Heart is a masterpiece: Each of the seven stories explores the interconnected lives of seven Chinese American girls coming-of-age in New York City. One story follows Mande as white kids mock her accent the year she arrives in America while another explores the fall out of Christina’s father’s affair. It’s a unique standpoint to see the world through the lens of Chinese American girls, although it shouldn’t be.

4. Life in Code: A Personal History of Technology by Ellen Ullman 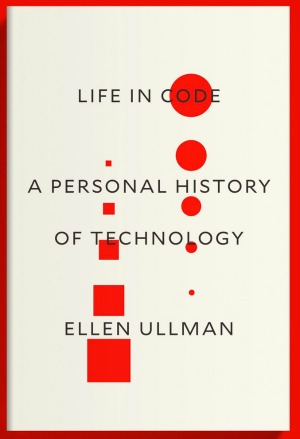 Over the past 20 years, former computer programmer turned author Ellen Ullman has become one of the foremost voices in literature. She’s written about disgruntled professors in San Francisco and a start-up tech company in the 1980s, but she hasn’t explored the digital revolution since 1997’s Close to the Machine. Life in Code is her brilliant return the world of computers. In this collection of essays, Ullman explores what it’s like to be a woman in the tech world, navigating code and sexism. She also nails how corporations and capitalism have ruined the industry she once loved. 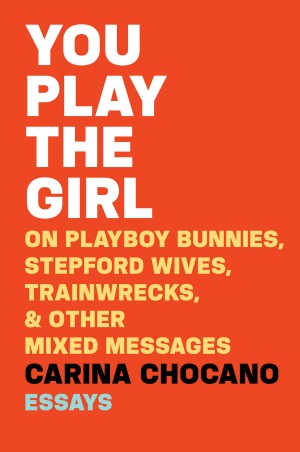 Pop culture critic Carina Chocano understands that how women are represented in movies, TV shows, books, memes, and music is reflective of how they’re treated in real life. That’s the driving force of her witty essay collection, You Play the Girl: On Playboy Bunnies, Stepford Wives, Train Wrecks, & Other Mixed Messages. Like many girls, Chocano was raised to relate to “limiting, oppressive, infantilizing” princesses, but as she’s become more a critical consumer of media, she’s realized that many of these representations undermine women’s empowerment. In You Play the Girl, Chocano examines everything from Pretty Woman to Frozen to I Dream of Jeannie, and makes it clear that although women are bombarded with imagery that may be warped, we have the fortitude to dictate who we are outside of who we’re told to be. 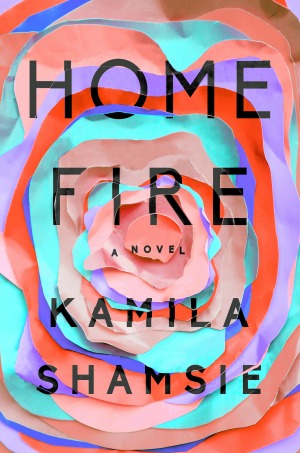 Home Fire is rooted in the idea of devotion to self, family, career, and purpose. How do we balance our commitments to those we love and to ourselves? For protagonist Isma Pasha, it’s more difficult than she could’ve ever imagined. When Isma moves from London to Amherst, Massachusetts to complete her Ph.D. in sociology, she decides to prioritize herself and her education, but that doesn’t come without consequences. Her twin siblings, Aneeka and Parvaiz, are still in Europe, struggling to make meaning of their own lives. Aneeka’s in love with Eamonn Lone, the son of a racist politician who courts votes by campaigning on Islamophobia, and Parvaiz is trapped in a jihadi camp in Syria. As each of these characters try to find to figure out what they should be devoted to, Shamsie spins a tale that will keep you engrossed.

7. Ladies of the Ticker: Women and Wall Street from the Gilded Age to the Great Depression by George Robb 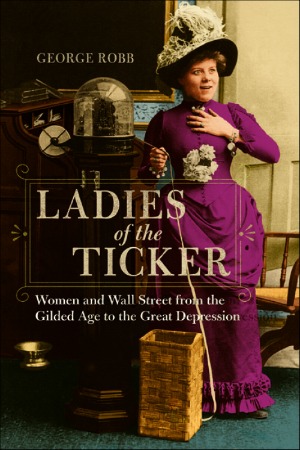 No surprises here: Women have long been integral to the success of the finance industry, and have long been overlooked, forgotten, and erased. In Ladies of the Ticker, history professor George Robb does the important work of reclaiming their legacies by exploring the accomplishments of a number of women in finance, including Hetty Green and Victoria Woodhull. Women made Wall Street, and Ladies of the Ticker proves it.

8. Stay With Me by Ayobami Adebayo 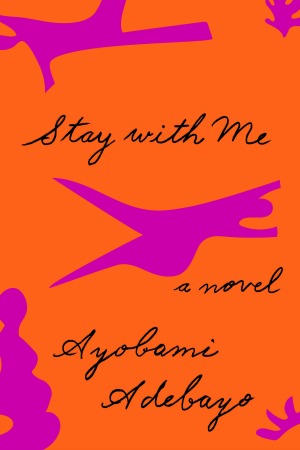 Stay With Me is one of those rare debut novels that’s destined to shake up the world and turn its writer into a household name. Ayobami Adebayo creates a beautiful literary world rooted in fables passed from generation to generation, and a marriage that’s built on a rocky, insecure foundation. Yejide and Akin have been together since college, and agreed to practice monogamy as opposed to polygamy. Their commitment seemed firm, until Akin’s second wife appears. What happens next turns this book into one of the best reads of 2017, and announces a special, powerful new voice in literature.

9. The First Rule of Punk by Celia C. Pérez 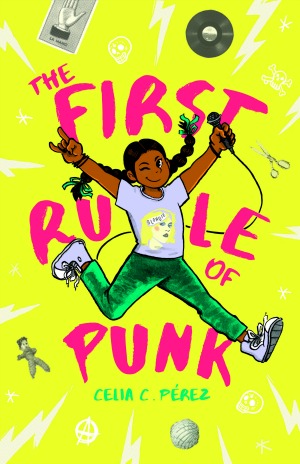 Girls of color are rarely, if ever, afforded coming-of-age narratives. Celia C. Pérez’s debut novel, The First Rule of Punk, changes that. When 12-year-old Malú arrives at Posada Middle School, she encounters teenage obstacles that seem impossible to overcome: The school’s version of the Plastics dislikes her; her punk appearance violates the school’s dress code; and her mom is disappointed in her love for rock music and skateboarding. Music saves Malú, gives her purpose, and empowers her to fight for what she believes is right. 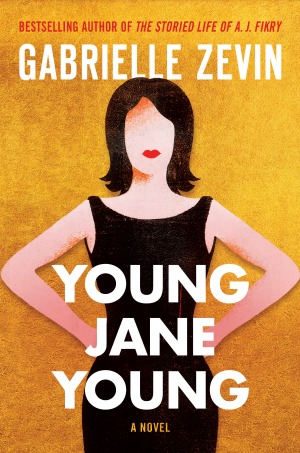 It’s been almost 20 years since Bill Clinton’s affair with White House intern Monica Lewinsky came to light, but the political scandal is still fodder for books, movies, documentaries, and everything in-between. Gabrielle Zevin’s Young Jane Young clearly pulls from the scandal to end all scandals. Aviva Grossman, a congressional intern, is the Lewinsky of the book. When the affair comes to light, she’s forced to leave Florida and begin living as Jane Young in Maine. Her anonymity serves her well, until she decides to run for office, and all of the skeletons in her closet come tumbling out. Young Jane Young is dripping with irony and humor about the sexism women face in politics, and how we wear the brunt of scandal.

Thank you so much for this curated list! Everything looks great. I especially can't wait to crack open Young Jane Young and The First Rule of Punk. Downside: I read really slowly. This might take longer than the summer I have left.

Relevant: “What We Lose” Is An Experimental Fiction Masterpiece 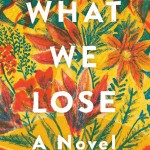