BitchReads: 12 Books That Shaped Us as Feminists | Bitch Media

BitchReads: 12 Books That Shaped Us as Feminists 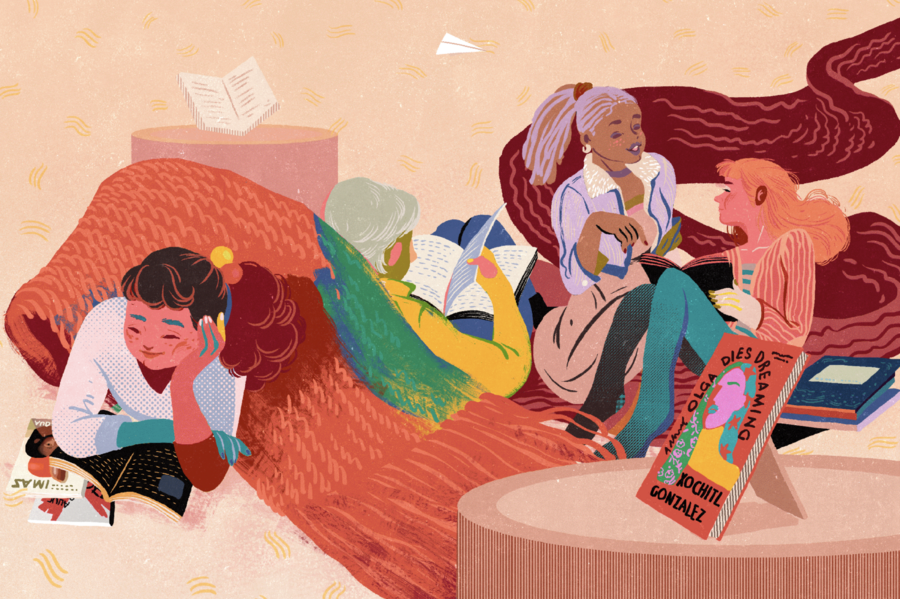 In thinking about Women’s History Month, our staff decided to dedicate this month’s BitchReads list to some of the essential books that have shaped our thinking and growth as feminists. Our recommendations include fantastical fiction (Sailor Moon and The Parable of the Sower), necessary feminist works (from Angela Davis and bell hooks), and revolutionary texts (The Red Record and Zami). As always, happy reading!

Every book recommendation in this list comes from a Bitch Media editor with complete editorial independence. However, Bitch Media is an affiliate of Bookshop.org, and we want to make sure you know that a small percentage of any books you click through and purchase will come back to Bitch as a commission. Bookshop.org does not ship internationally. 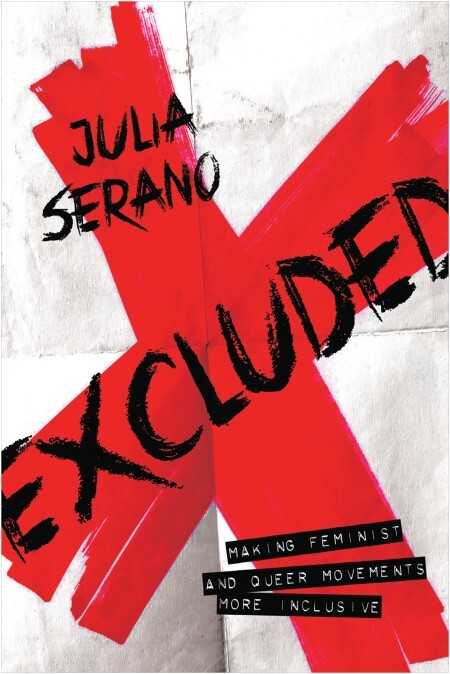 Perhaps best known for her 2007 manifesto, Whipping Girl: A Transsexual Woman on Sexism and the Scapegoating of Femininity, Julia Serano is an essential feminist theorist. In Excluded, the biochemist-turned-writer-and-activist provides a history of feminist and LGBTQ movements, highlighting their strengths and triumphs—as well as their failures to center and include multiple marginalized communities. As a bi, trans woman who has been involved in (and excluded by) both womens’ and queer movements alike, Serano addresses their inherent biases and offers keen insights into what they can learn from each other in an engaging and accessible way. When I was a baby women’s studies major struggling to pinpoint my sexuality, this was a foundational text for my feminist and queer education. — Marina Watanabe, senior social media editor 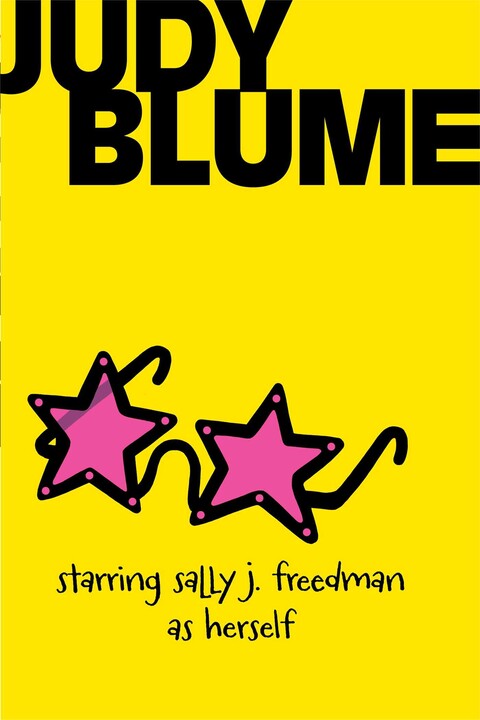 Judy Blume gets well-deserved recognition for demystifying puberty and sex for generations of kids, but she should get a lot more for finding sweet, earnest humor in the aftermath of the Holocaust. Opening on V-E Day, the book follows Sally, a nosy, 10-year-old New Jersey girl whose family relocates to Florida so her brother can recuperate from an illness. Between navigating culture shock (the school bathroom stalls have no doors!) and making new friends, Sally plots elaborate revenge against Mr. Zavodsky, the furtive man in her apartment building who bears a striking resemblance to Adolf Hitler. The first 20+ times I read the book I was roughly Sally’s age; reading it as an adult underscores the skill with which Blume captured the mind of a confident, curious preteen girl desperate to make sense of the Serious Adult Conversations happening around her. — Andi Zeisler, cofounder 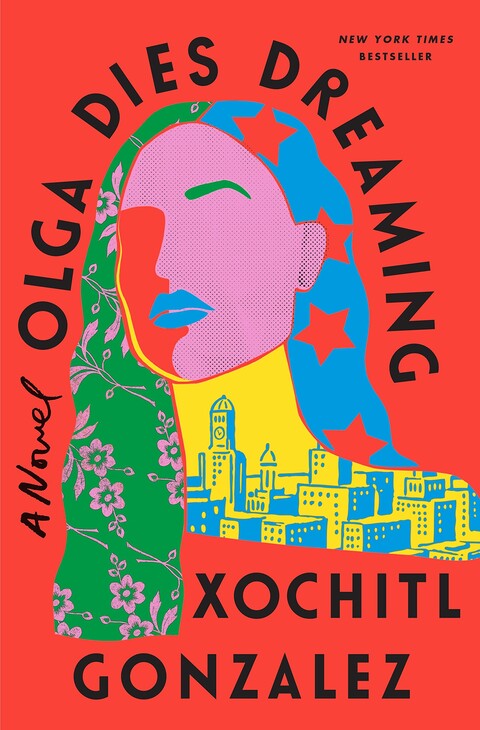 Though it’s a newer release, Olga Dies Dreaming has lingered in my mind for months. The novel follows a Nuyorican sister (Olga, a wedding planner) and brother (Prieto, a congressman); their mother is a rebel fighting for Puerto Rican independence. She left her kids when they were young, but she stays informed about their lives, contacting them only when she writes a letter to express her support for—or scathing disapproval of—the decisions each child makes, from college to jobs to relationships. Now as adults, they’re navigating complicated lives in a gentrified Brooklyn. I was rooting for these flawed and conflicted characters not just because it was a good story, but because I related so deeply to their conversations about identity, specifically about the unique feelings of diaspora under colonialism. There’s even a scene that imagines a real revolution in Puerto Rico where the Boricuas take back the island for themselves, and reading about it in a fictional future left me sobbing. There are many who are trying to understand and capture Puerto Rican voices right now with an increased attention to its politics and colonial relationship with the U.S.; this is one of the few that speaks to the deep, entrenched fury of its diaspora—through a compelling and fun narrative that includes a satisfying love story, a cast of delightful family members, and plenty of suspense. Gonzalez’s vivid storytelling has even led to a forthcoming Hulu series adaptation starring Aubrey Plaza. — Rosa Cartagena, senior editor 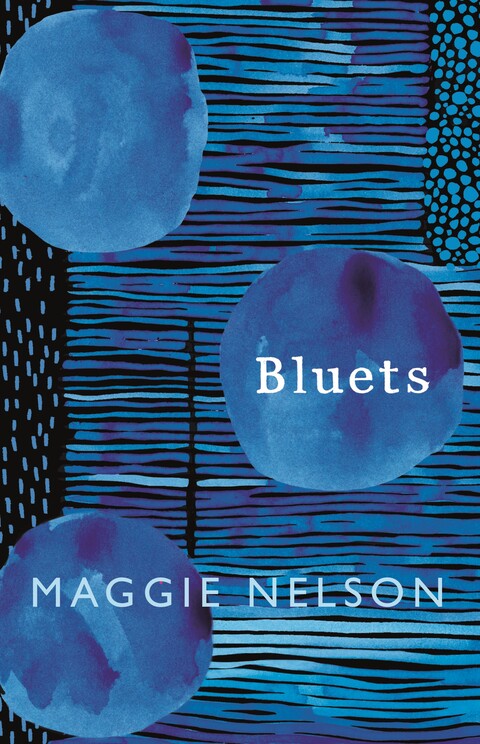 I remember being in Powell’s when I first opened Bluets. Standing in the aisle, I read twenty pages of the book, which is just shy of 100 pages long. It’s composed of 240 short fragments of prose, circling around Nelson’s experience of falling in love with the color blue. She writes with an honesty and intimacy that has helped me give voice to my own experiences of desire, depression, god, pain, and love. — Nicole Diaz-Radlauer, editorial assistant 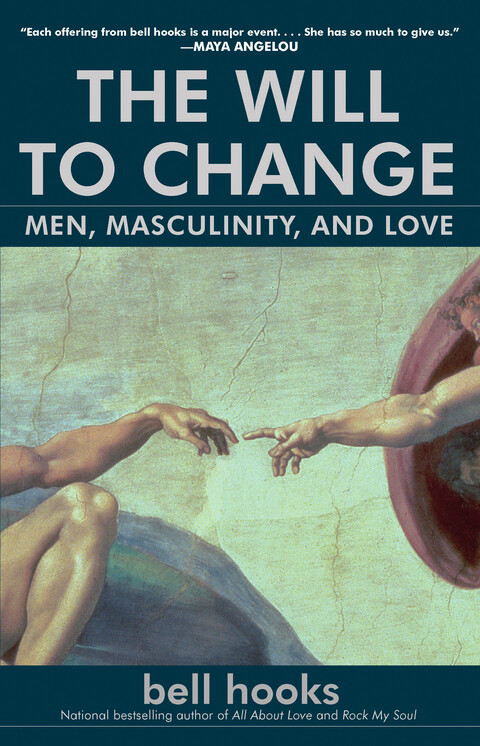 The Will to Change: Men, Masculinity, and Love
bell hooks
{ Washington Square Press }
$15.95 Buy It Now
This book opened my eyes to how patriarchy robs all of us from one of the most basic and fundamentally important expressions: love. It gave me a different lens to reflect on humanity and systems of oppression that seek to keep us in violent cycles. — Marisol Flores-Aguirre, CEO

The Dialectic of Sex
Shulamith Firestone
{ Farrar, Straus and Giroux }
$17.00 Buy It Now

The first time I read this book as a freshman in college, I had to skip a whole day’s worth of classes to sit in the library alone and ingest it. This is not a perfect polemic—written in 1970 when the author was just 25 years old—but it was my first introduction to the idea that there was an inherent, oppressive problem with the nuclear familial structure. This book is literally filled with rage, and still feels new and relevant today. — Laura June, managing editor 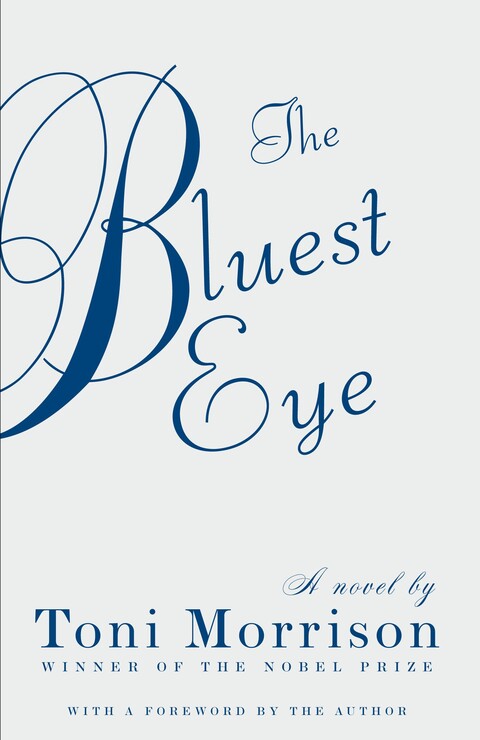 Toni Morrison’s debut novel was the first book I ever read in one sitting. Brief, jagged, and haunting, it’s the story of Pecola Breedlove, a quiet, insecure Black girl who comes to live with a foster family in 1940s Ohio. It’s also the story of white girlhood as an American ideal weaponized against young Black girls: As described by Pecola’s foster sister, Claudia, Pecola is tragic not only because of her chaotic family life—itself shaped by trauma—but because she desperately wants something she can never have: blue eyes. The Bluest Eye had the varied narrative styles, use of flashbacks, and vernacular that became Morrison’s hallmark, and still echoes with a singular heartbreak. — Andi Zeisler, cofounder 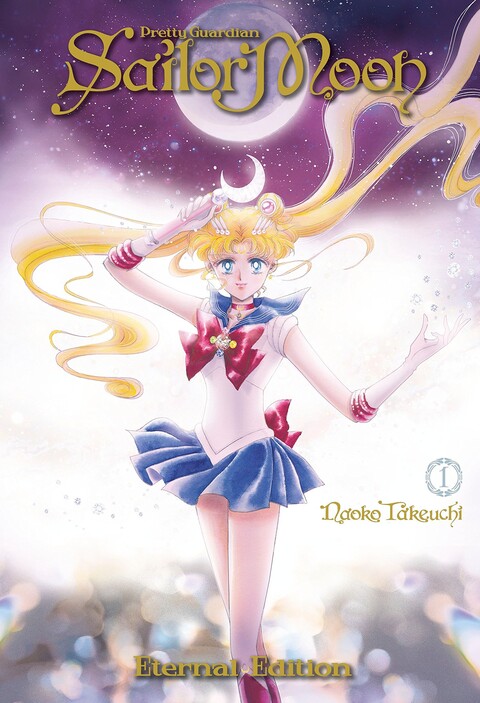 In honor of the 30th anniversary of the anime series, I knew I had to spotlight the manga that started it all. In 2022, you’d be hard pressed to find a single person who doesn’t have at least a passing familiarity with Sailor Moon, which only speaks to the impact of the crybaby teenager who inspired an entire magical girl genre. Though the series may seem fluffy and lighthearted—and it is—Takeuchi frequently broke barriers by including lesbian, bisexual, genderfluid, chronically-ill, and disabled characters that fans could root for. Unfortunately, anime adaptations often censored queer depictions of these characters (particularly the American dubs that aired in the ’90s), so the books are definitely worth seeking out for that reason alone! — Marina Watanabe, senior social media editor 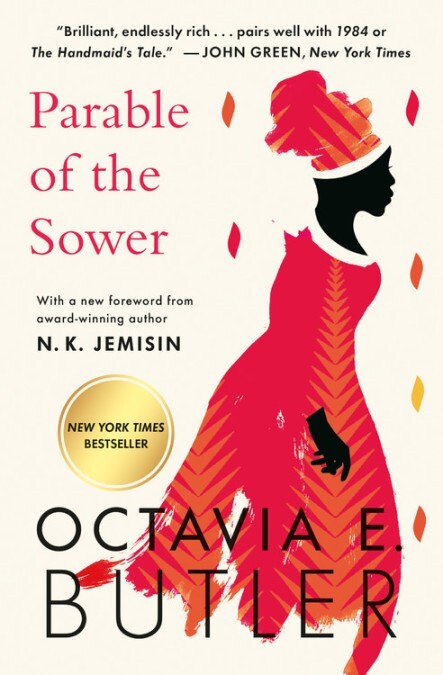 This is a book that is as relevant today as it was when it first emerged in 1998. It centers on Lauren Oya Olamina, a girl living in a California of the near future. Society in the United States has rapidly deteriorated in many of the ways present in our current reality. The surviving people face intensified pressures of climate change, class disparity, corporate power and institutional corruption, resource scarcity, and the rising popularity of a drug that makes setting and watching fires feel euphoric. This work had me reevaluating the state of our society, the direction it’s heading in, and the humanity that continues to exist within the violence of inequality. It poses the question of how we can change the present to prepare to handle the approaching future. — Edi Kim, editorial assistant 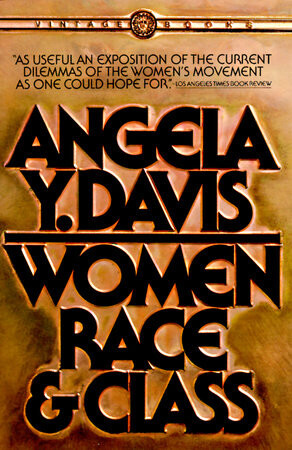 Another classic of feminism that simply refuses to get musty and old, this book is the best and probably first complete, historical critique of feminism as a movement by and for white, middle class women. It is also an incredible example of Marxist critique at a moment in time (the book was first published in 1981) when feminist thought sorely needed that, as well. — Laura June, managing editor 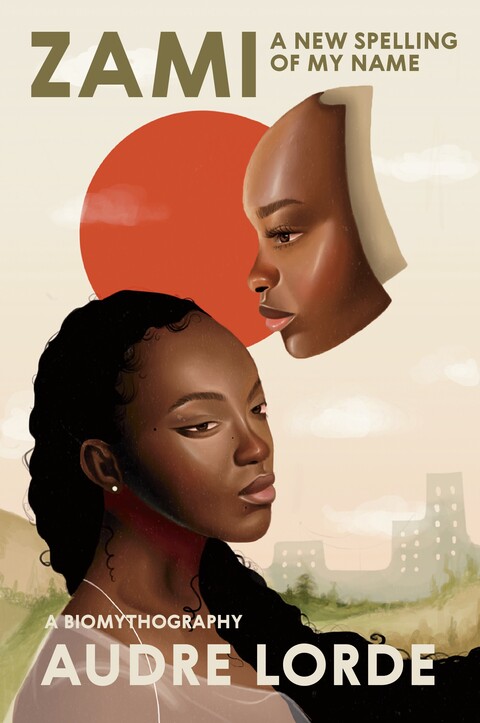 Zami: A New Spelling of My Name: A Biomythography
Audre Lorde
{ Persephone Press }
$15.62 Buy It Now

I first read Zami in high school. I bought it at a small bookstore in the Village during Pride. The man who handed it to me told my friend and me about the leather-clad dykes on bikes that revved their engines down the streets during pride in the ‘80s. I’d heard these stories before, but his words made them feel real. Lorde’s writing about coming of age as a queer Black woman in the ‘50s, ‘60s, and ‘70s has completely influenced my relationship to my own queerness. I feel so lucky to have read this book when I did. It made me feel that my queerness has a history, has ancestry, which is something that I hadn’t felt before. — Nicole Diaz-Radlauer, editorial assistant 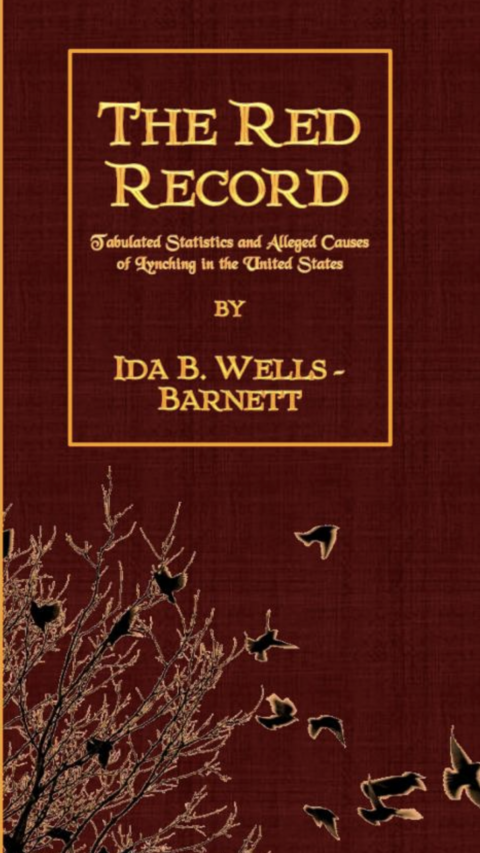 Reading Wells-Barnett’s work in college revolutionized my thinking about what journalism could do at its core. Wells-Barnett was a beacon of light in exposing the cruel and evil reality of lynching; she wrote the victims’ names and their stories. The civil rights activist was fighting back against power and pain by telling the truth and printing it—for the record. Her strength remains tremendously inspiring, and The Red Record (1894) still, tragically, resonates today. — Rosa Cartagena, senior editor

Read this Next: BitchReads: 11 Books We Loved Reading in 2021